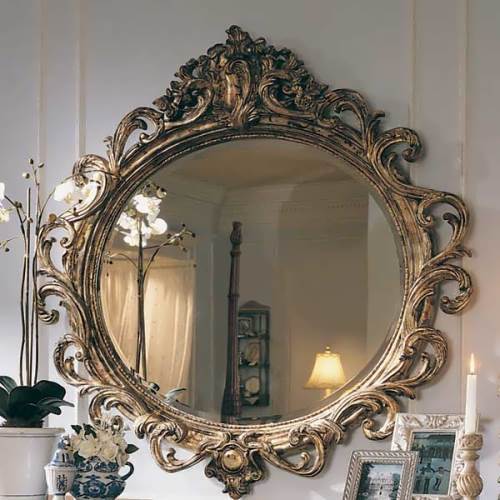 A mirror is a smooth surface that shows images of the objects near it. Most mirrors are a sheet of glass with a shiny metallic coating on the back.
The appearance of an image in a mirror is called a reflection. Reflection happens when light hits a surface. If the light cannot pass through the surface, it bounces off, or reflects. Most surfaces absorb some light and reflect some light, Mirrors, however, reflect almost all the light that hits them. The metallic coating on the back causes the reflection.
Most mirrors are flat. They are called plane mirrors. Images in a plane mirror are reversed. People use plane mirrors to check their appearance.
Mirrors are made in factories with special machinery. First, a sheet of glass is polished smooth and cleaned. Next, the back of the glass is covered with a thin layer of silver, aluminum, or another metal. Then the metal is covered with copper, varnish, or paint to protect it from scratches.

The early Greeks had mirrors that were made of circular pieces of polished bronze, sometimes with richly adorned handles. The early Egyptians also had bronze mirrors, highly polished dishes, usually with graceful and decorative handles. 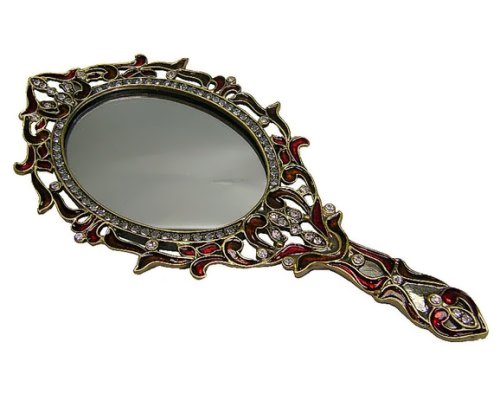 In Greece and then in Rome the mirror was considered the attribute of the goddess of love, and the handle was often made in the form of a graceful female figure.
Since early times the mirror was used in attempts to read the future or the past.
In 1688, a Frenchman, Louis Lucas, invented plate glass that, backed with the proper alloy, formed a mirror that for the first time gave both sexes a true reflection of their appearance.
One of the most common of modern superstitions is that to break a mirror invites death, or seven years of bad luck. This old folk belief originated with the Romans about the first century C.E. They believed that the health of a person changed every seven years, and as the mirror reflected the health or the appearance of the person, to break a mirror would be to shatter one’s health for a period of seven years.
It is also considered very unlucky to look into a mirror at night or by candlelight—one will see ghosts, the Devil or something uncanny, which will portend death. 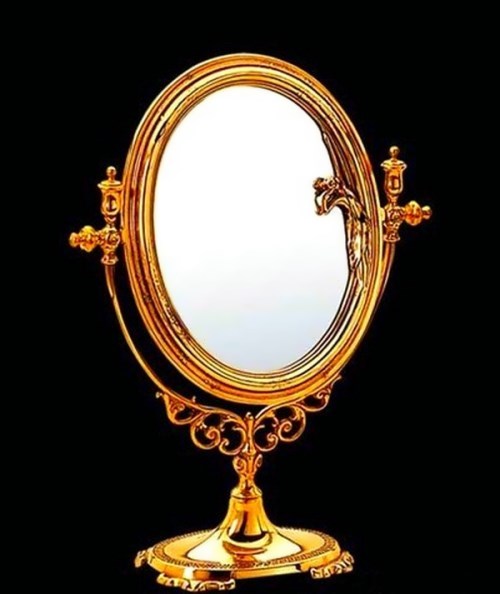 In Greek myth, Narcissus saw his reflection in water and then pined and died. 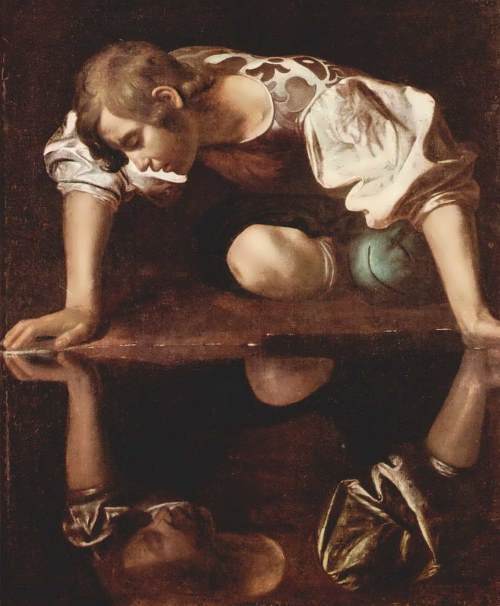 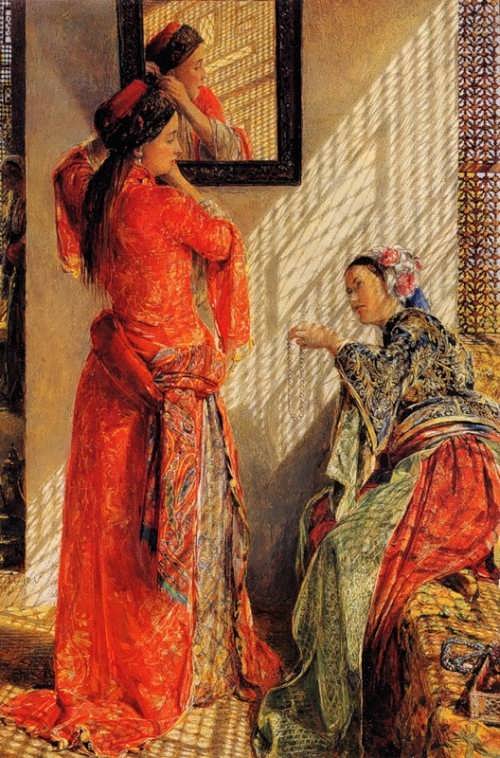 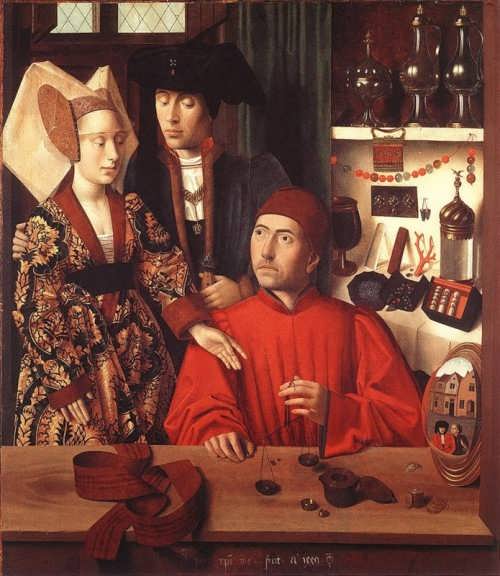 Saint Eligius in his workshop 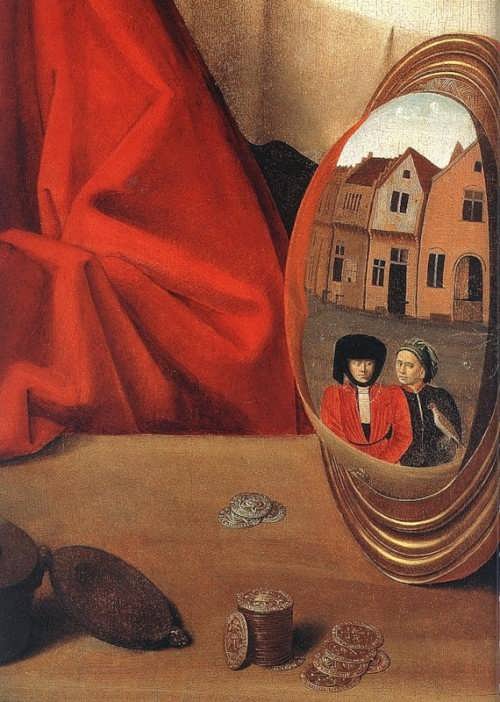 Saint Eligius in his workshop, fragment 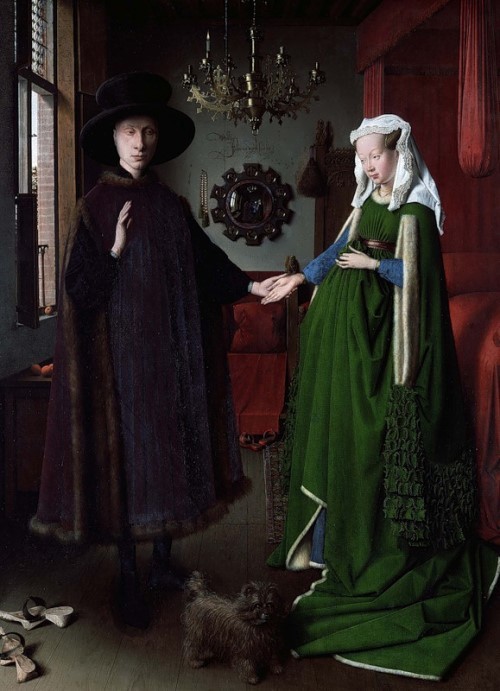 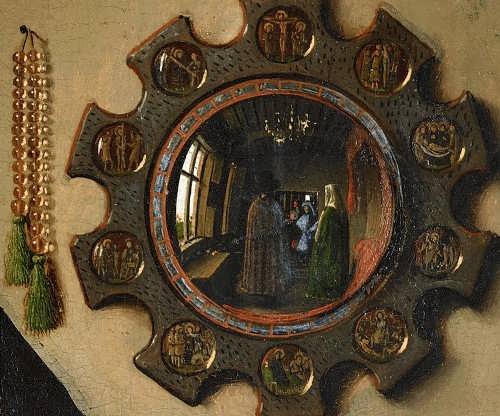 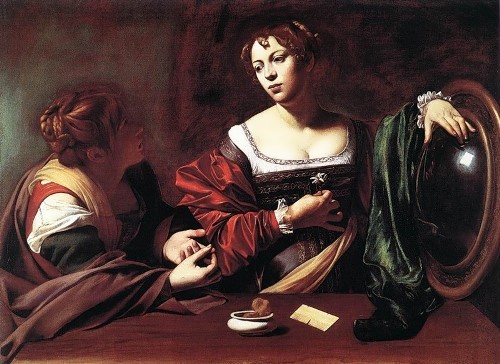 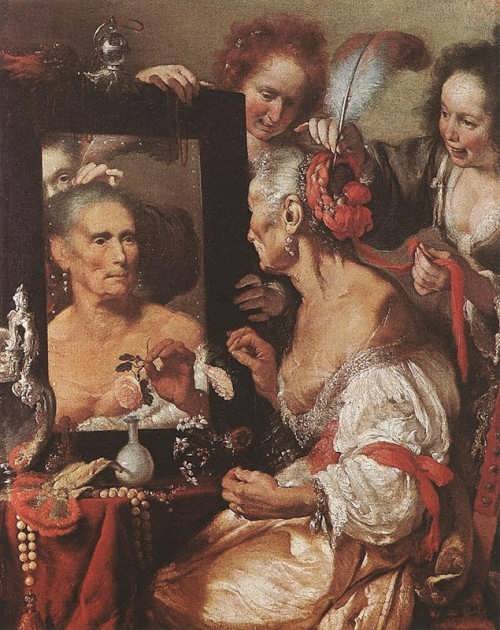 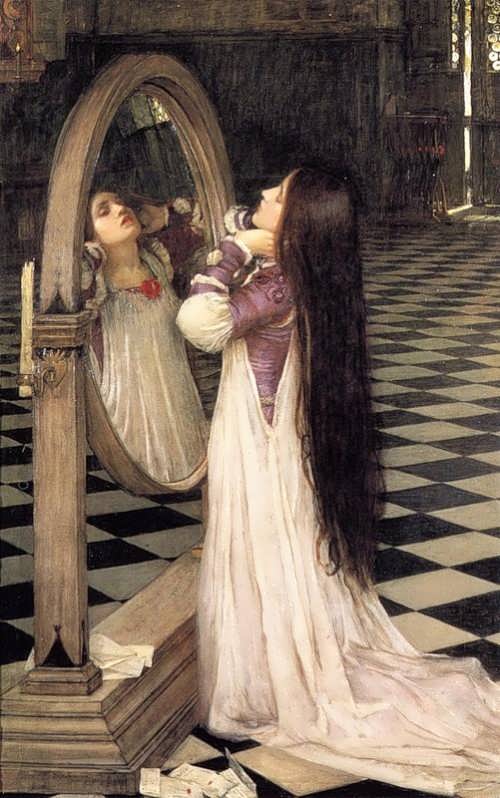 Mariana in front of the mirror 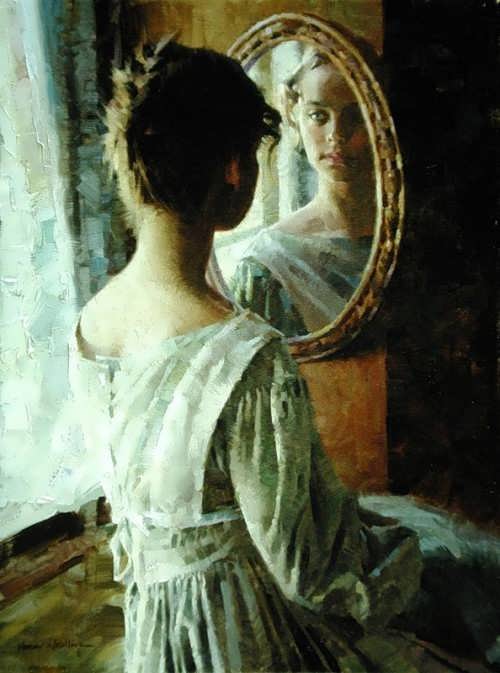 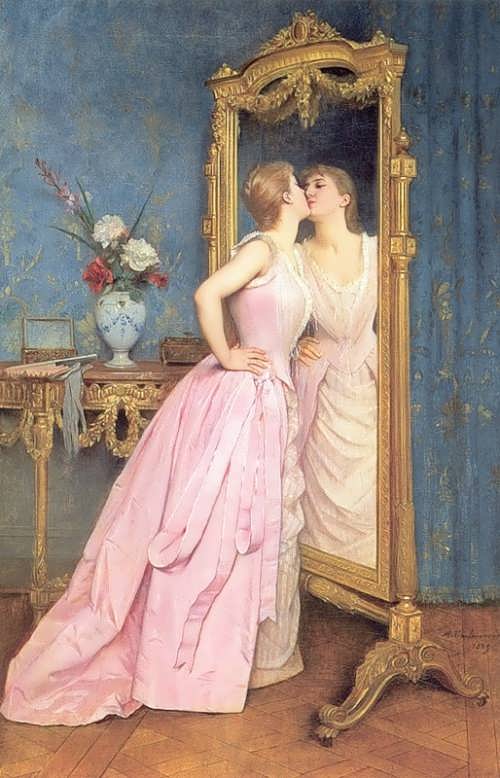 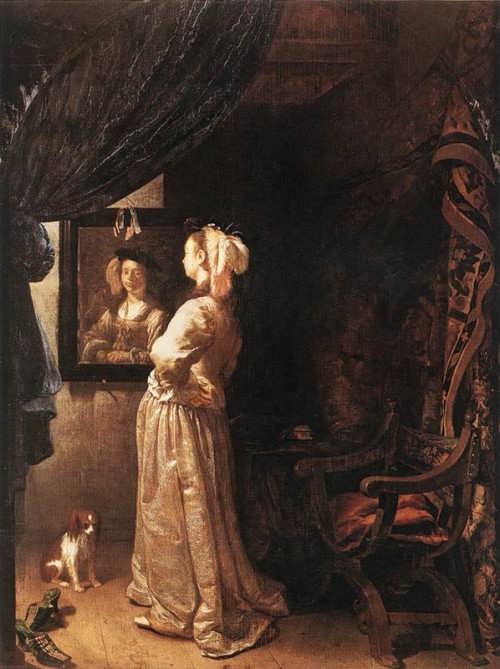 Woman in front of mirror