« Mirror, mirror on the wall
Panda – adorable and endangered » 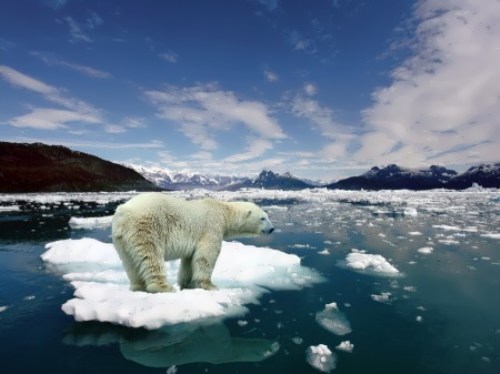 Everyone knows cute polar bears. They are popular characters of many tales and cartoons.
Polar bears spend their lives on sea ice. These animals are very strong. They can swim 100 miles at a stretch. Their paws are used as flippers when swimming.
They are excellent hunters. They hunt seals and use their paws as clubs when hunting. In summer a bear may hunt by swimming under the ice.
In spring males compete for females. Their battles are violent. They stand nose-to-nose with open mouths. Then they start beating each other with the paws. Finally one of them retreats. The strongest bear gains the victory.

Unlike black and brown bears, which spend the winter in dens, only pregnant females do so. Males make temporary shelters to hide from the storms.
The mothers give birth in December or January. Most females deliver twins. Their cubs are little and their hair is fine and invisible. Mothers keep the cubs with them for two years. They nurse them with milk. Their milk is very nutritious; it is richer than that of any other bear. It contains 35 per cent of fat.
Their fur is dense and white, but their skin is black, it absorbs the sun’s rays. Their noses contain membranes that warm cold air before it reaches the lungs. Their paws are very hot.
What can threaten these strong and clever animals? Man, of course. Alaska natives shoot 100 bears a year. Some 500 of Canada’s 15,000 bears are shot annually. In Russia bear hunting was banned in 1955. But water pollution is much more threatening than hunting. The scientists are finding dioxins in the bear’s fat and milk. 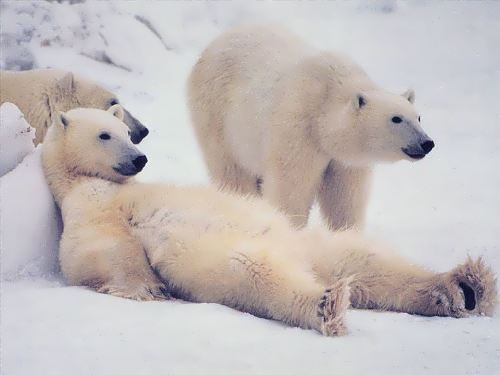 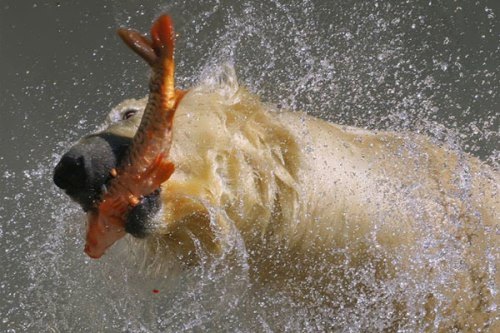 They are good hunters 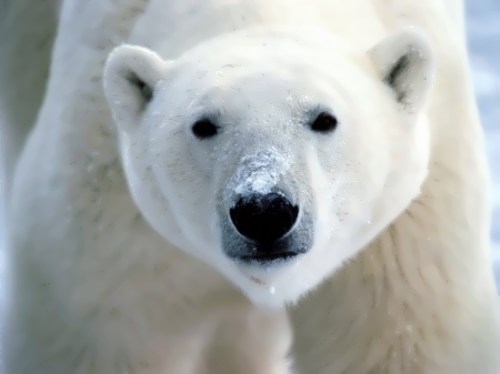 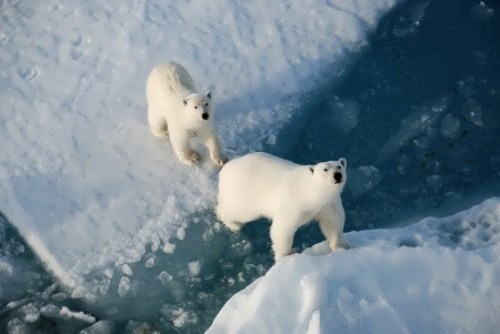 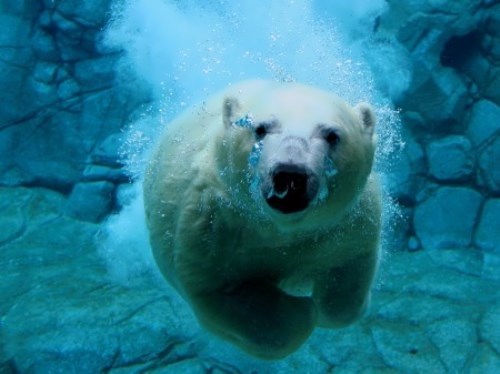 They are good swimmers 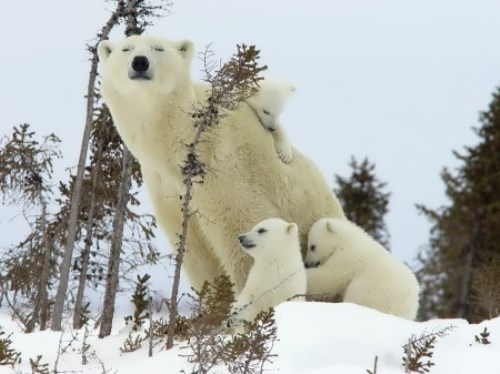 Mother bear and her babies 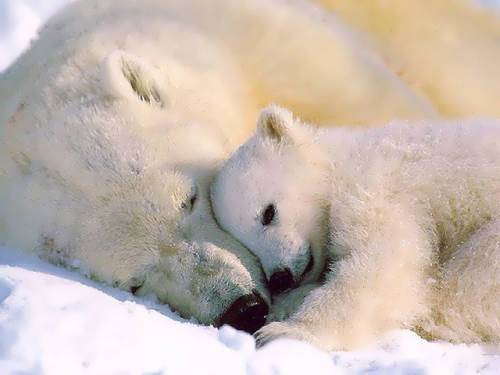