« Interesting about China
Mirror, mirror on the wall » 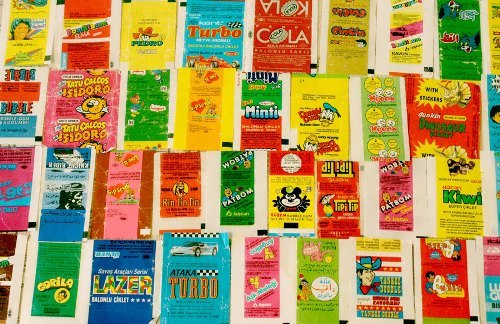 As historians and archaeologists say the Greeks chewed the prototype of modern chewing gum, derived from the bark of the mastic tree.
In 1870, Thomas Adams, creator of the popular in those days chewing gum Black Jack, was the first to use a variety of flavors.
In 1871, he had patented a machine for the manufacture of chewing gum.
In 1880, William White offered minty taste in his trademark product Yucatan Gum. Since then peppermint had become one of the most common fillers in the “bubble” industry.

In 1888 the first chewing gum vending machine was installed in New York City on a railway platform. It became popular during the time of Prohibition, when people needed quickly to stifle the smell of alcohol.
Market leaders since the end of the XIX century were Wrigley and Curtis Chewing Gum Company.
In 1893, Juicy Fruit appeared. The greatest popularity it received in 1915 after William Wrigley, Jr. sent 3 chewing gums to each person in the US phonebook.
Important role in increasing the sales of chewing gum played the US Army. While chewing the body can cope with the stress easier and that’s why each soldier got chewing gum.
In 1930, baseball cards were sold together with chewing gum. So many people began to collect them. The era of Turbo, Donald, Love is, began.
Bubble gum is a type of chewing gum that is especially designed for blowing bubbles. It is usually pink in color and has a particular flavor.
In 1928 it was invented by Walter E. Diemer who worked for the Fleer Chewing Gum Company in Philadelphia. In his spare time Diemer was trying new gum recipes and, by accident, invented a bubble gum. It stretched more easily than chewing gum. When Walter’ Diemer, who was 23 years old at that time, saw the bubbles, produced by his new gum, he saw the way of making money.
He took the gum, which he had given the name Dubble Bubble, to the nearby grocery store and suggested the salesmen to show the extraordinary features of his gum.
The new gum was very popular with customers. Although Diemer never received a patent for his invention, he sold the recipe to his company and became a senior vice president.

Interesting facts
– The oldest chewing gum in the world, a fossilized piece of birch tar with teeth marks, was found in Finland in August 2007. The finding is about 5000 years old.
– Record for blowing bubbles was established in 1994 (diameter 58.5 cm).
– In 1992, chewing gum was banned in Singapore.
– Since 2005, the US army is funding the development of antibacterial gum that can replace traditional antibiotics from the field kit. 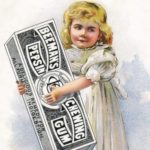 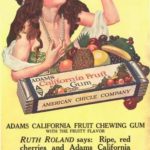 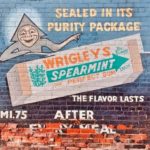 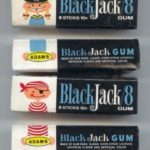 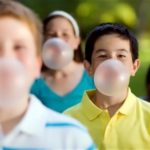 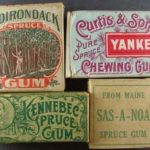 
Photographer Sam Kaplan has a great passion for the Mayan architecture. In his spare time he creates amazing structures from the chewing gum, candy, cookies and sandwiches. 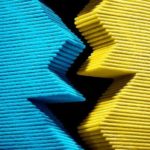 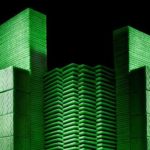 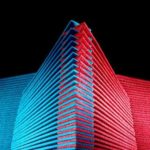