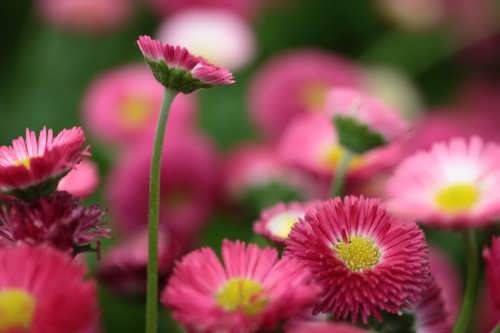 Daisies belong to the aster family, which also includes chrysanthemums, dahlias, marigolds, sunflowers, and zinnias.
Daisies grow in Europe, North America, and other parts of the world. Common types of daisy include the Dakar oxeye daisy, the English daisy, and the Shasta daisy.
These plants often grow to about 61 to 91 centimeters tall and their flowers can be white, purple, pink, or red.
Daisy protects the queen of the garden, rose, and a lush jasmine from the invasion of aphids.
Daisy translated from Greek as pearl.

In Slavic mythology pearls from broken necklace of beautiful Lyubava, who rushed to meet her lover Sadko, turned into daisies. In Scandinavian sagas daisy was called the bride of the sun, the flower of love and was dedicated to the goddess of spring and love, Freya.
There are many Christian legends about daisies. Here is one of them: one long winter evening the Blessed Virgin Mary wanted to please her young son Jesus with flowers. However, in the snow she could not find a single flower, so she decided to make a flower of beautiful and shiny silk. Blessed Virgin sewed small flowers and called them daisies. Jesus was very fond of the flowers and he kept them at home all winter long. When the spring began Jesus put flowers into the ground and watered them. Daisies sprouted and bloomed. 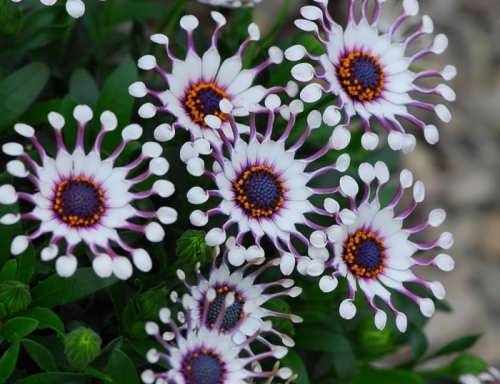 Daisy is a medicinal plant. Modern folk medicine uses it to excite the appetite, as a stomachic and cholagogue, against liver disease, but primarily as a blood-purifying agent. 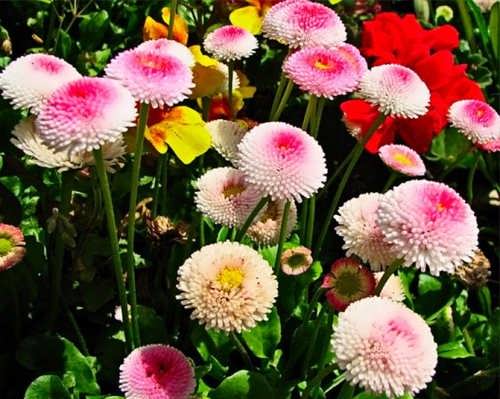 Interesting facts
– This flower can be called the “green forecaster” – daisy feels the approach of rain.
– Daisy is the first plant that meets the sunrise.
– In the last century the French devoted last Sunday before Easter to this flower.
– In ancient Germany daisies were considered a symbol of the goddess of spring.
– In the Middle Ages, a knight minted daisy on a steel shield if his beloved agreed married him.
– Queens of Denmark, Norway, Sweden and other countries were named Margarita (daisy).
– Daisy is a symbol of goodness, warmth, and innocence in many nations. In 1908 in Sweden there was the collection of donations for those who suffered from tuberculosis. Everyone who had given even a small amount of money was given a daisy. Since then daisy became a symbol of generosity.
– In the XVIII century, the flower was in danger. In 1739, Germany announced that the flower was poisonous and ordered to destroy it everywhere. 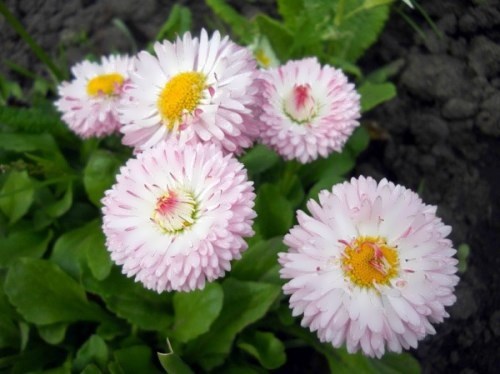 Yellow Daisy Festival
Considered a family event, Yellow Daisy Festival takes place on the second weekend in September. In fact, the holiday is a tribute to a rare flower, the yellow daisy, or Viguiera Porteri, that blooms on Stone Mountain near Atlanta, Georgia. Meanwhile, the flowers, two and one-half feet tall, grow in granite crevices, sprouting in April and not blooming until September. And then, they give the mountain a golden blanket. They wilt if they are picked and seem to thrive only in the crevices. According to historians, it was Pennsylvania missionary Thomas Porter who first discovered yellow daisy in 1846. So, he sent a specimen to noted botanist Asa Gray for identification. But Gray decided it was the Viguiera genus, comprising about 60 other species that grow largely in Central America and Mexico. However, the only other place in the United States the yellow daisy has been identified is California, but there the plant is larger and woodier. 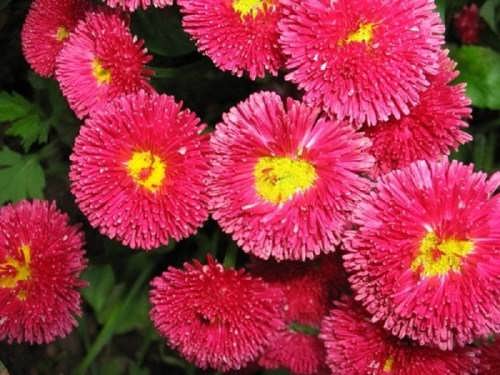 Considered a family holiday, the Festival has taken place since 1969 at Georgia’s Stone Mountain Park. Yellow Daisy Festival offers tours to view the South’s largest arts and crafts show, and to buy something memorable at fine art booths – paintings, jewelry, and sculptures. As for entertainment, the festival program includes live music, bands and DJs. Besides, for children there is a play area, called the Children’s Corner. In addition, everyone can try his hand at painting face and crafts, and even such activities as rock climbing.
Source of images: facebook.com/stonemountainpark/ 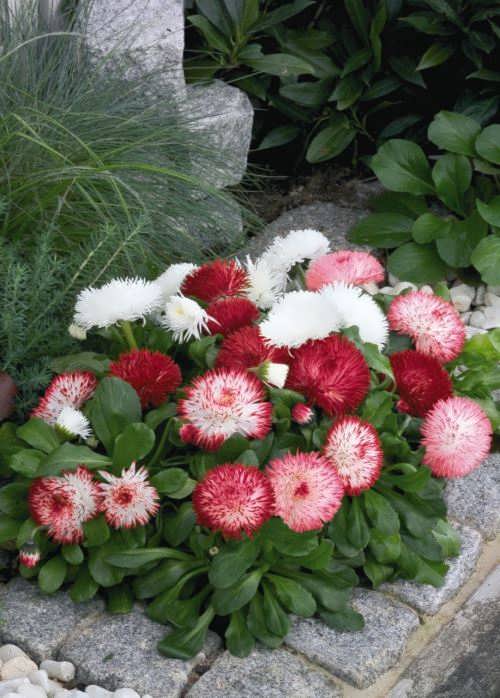 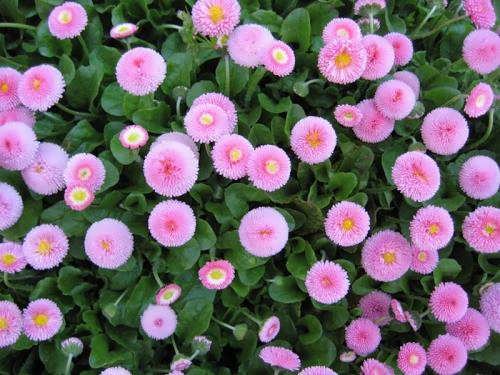 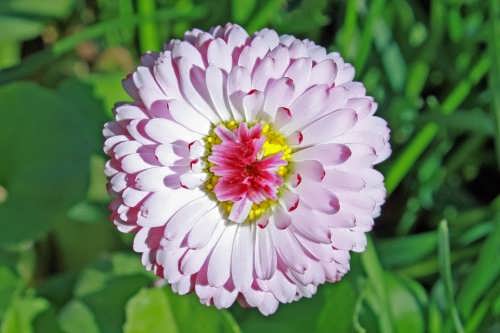 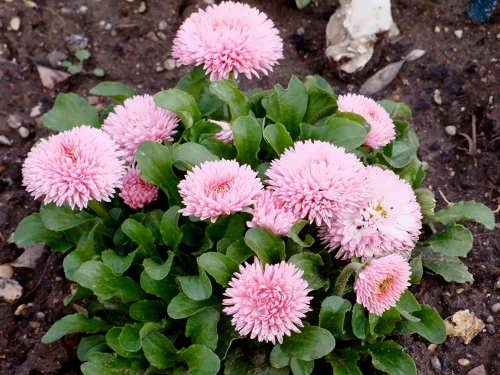 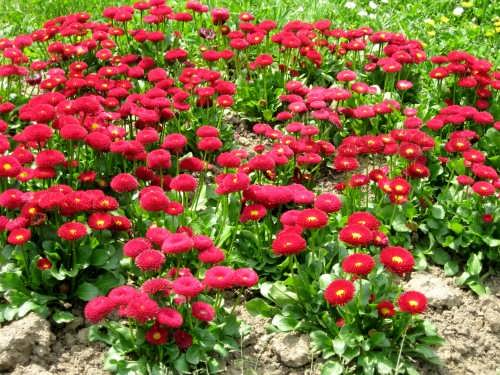 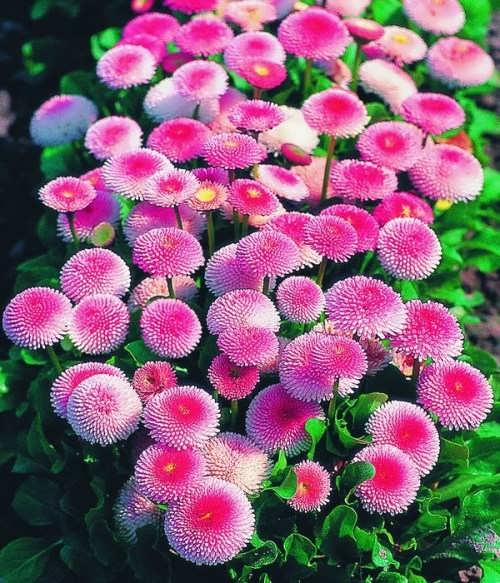 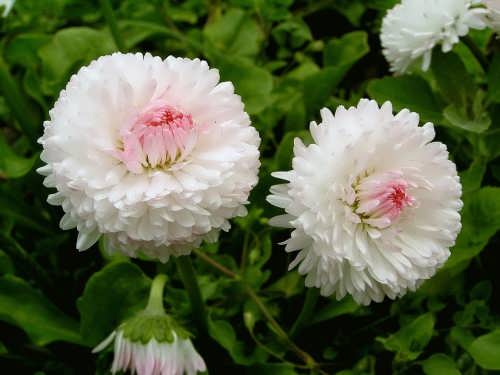 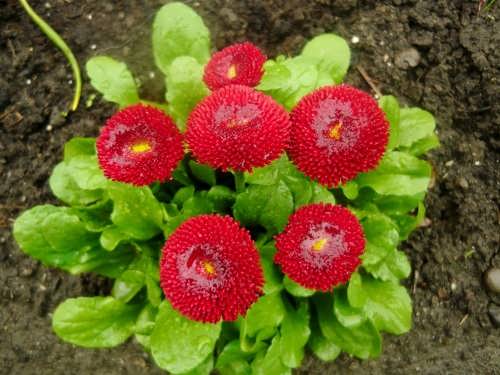 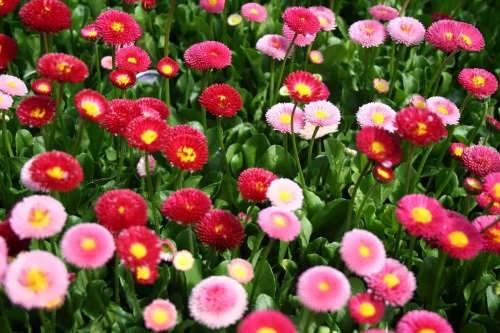 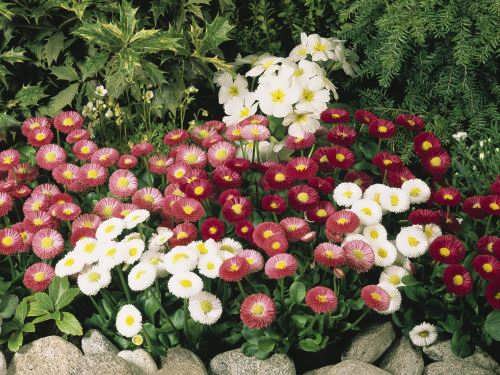 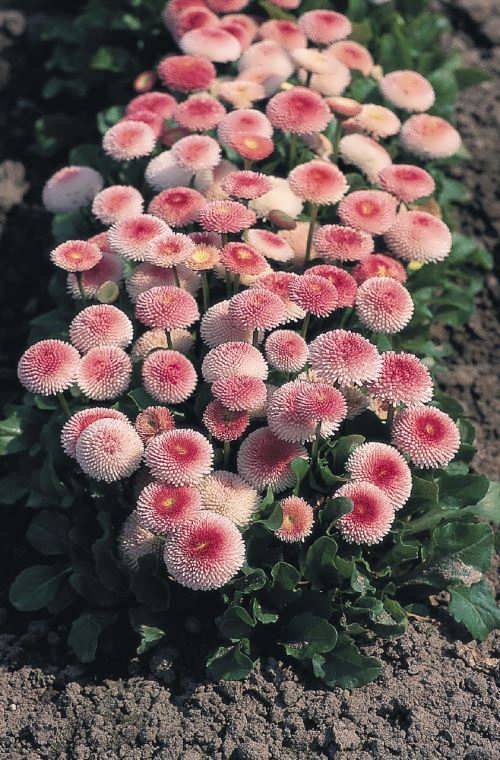 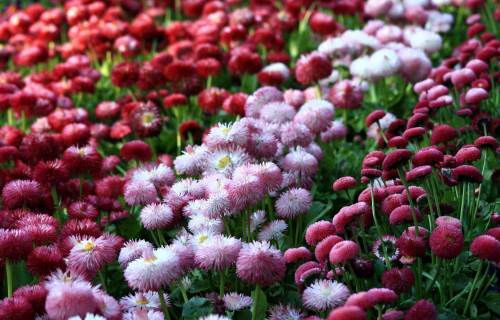 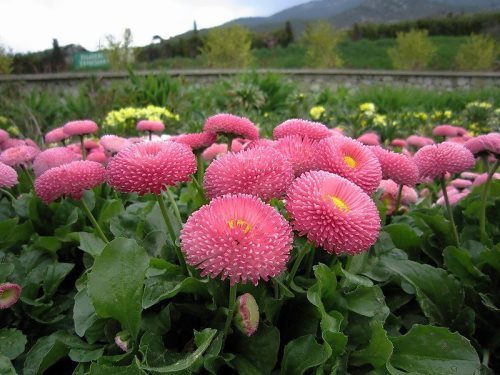 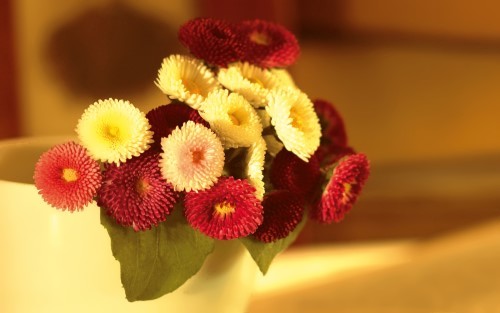 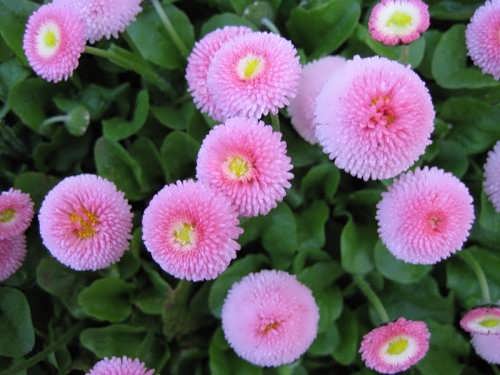 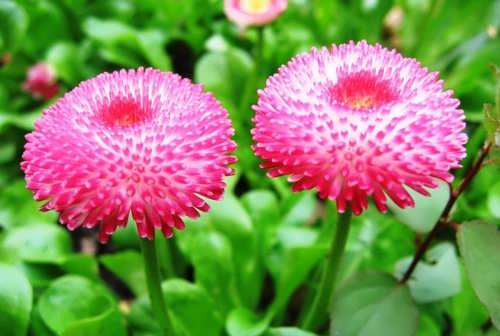 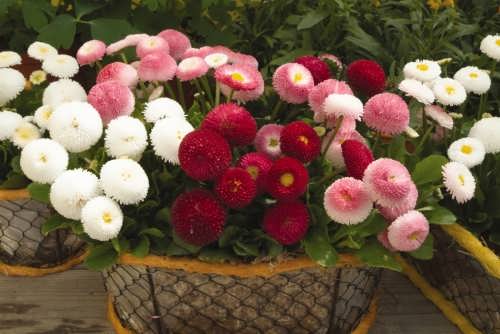 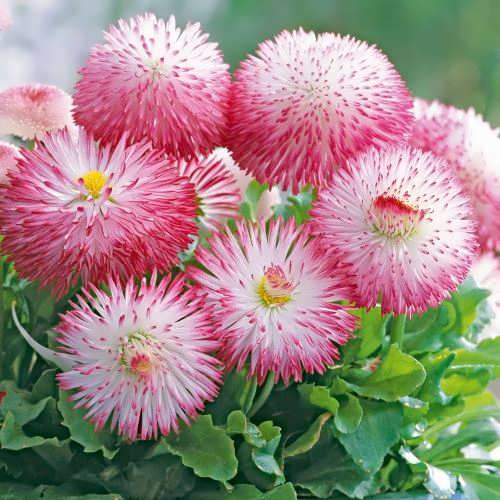 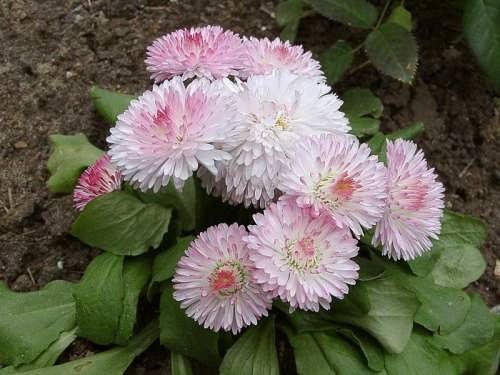 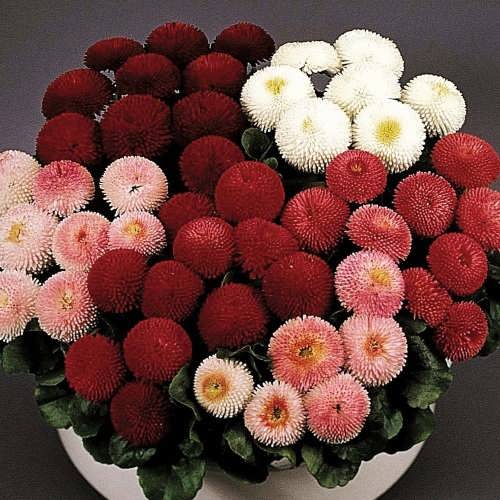