Bhutan is in the high Himalayas of south-central Asia. It is surrounded by China and India. Snowcapped mountains rise to more than 7,300 meters in the north. Jungles and savannas are in the south. Country’s area is 47,000 square kilometers. It is situated on the Indo-Australian Tectonic Plate. Its official name is Kingdom of Bhutan.
The Bhutia, people with ancestors from the Tibet region of China, make up about half of the population. They practice Buddhism, the official religion, and mainly speak Dzongkha, the official language. The Nepalese are the second largest group. They speak Nepali and practice Hinduism.

In the AD 800s people from Tibet settled in what is now Bhutan in. In the1600s a Tibetan Buddhist priest became the first king of Bhutan. In the mid-1900s king made changes to start to modernize the country. Bhutan is ruled by a hereditary monarch who governs the country with the support of a national assembly and the council of ministers. 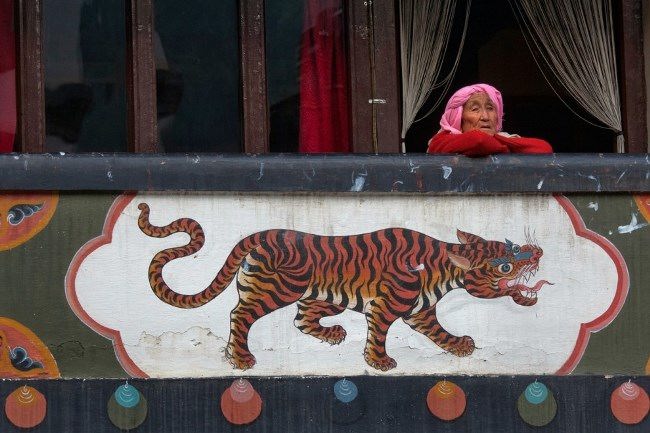 In 1962 Thimphu was named the capital of the country. It lies in a valley of the Himalaya Mountains on the Raidak River. Farming is the main economic activity. Farmers grow rice, corn, and wheat.
The people of Thimphu have strict rules for how all buildings must look. They must be a certain height and have to follow the traditional building style of Bhutan. The Tashi Chho dzong is a good example of the Bhutanese style. It was a monastery and now it is the house of the royal government.
The government of Bhutan limits the number of tourists who can enter the country.
Kula Kangri is the highest point (7,553 m).
Drangme River is the lowest point (97 m).
Tongsa River is the longest river (350 km). 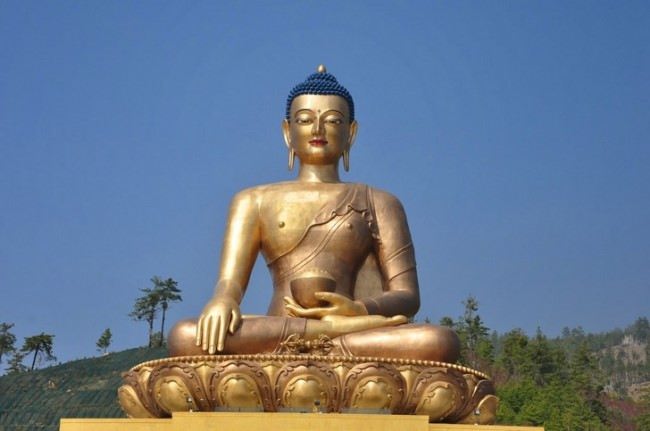 In Bhutan, they don’t bury dead people, but feed birds and wild animals with the body.
Bhutan is among the safest countries. There is practically no theft, and in most villages and towns people do not even lock the doors at night.
Both medical care and education are completely free.
There are no traffic lights in the country.
All Bhutanese dishes belong to vegetarian cuisine, and the most popular of these is steamed rice.
Television in Bhutan was banned until 1999.
Everything that grows on the land of the kingdom of Bhutan is environmentally friendly. People do not use chemical fertilizers. 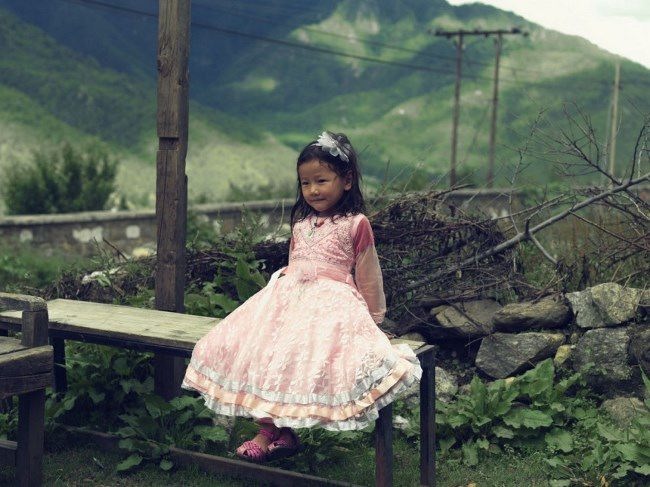 A girl is playing near her house in Paro, Bhutan. Bharat Sikka for TIME 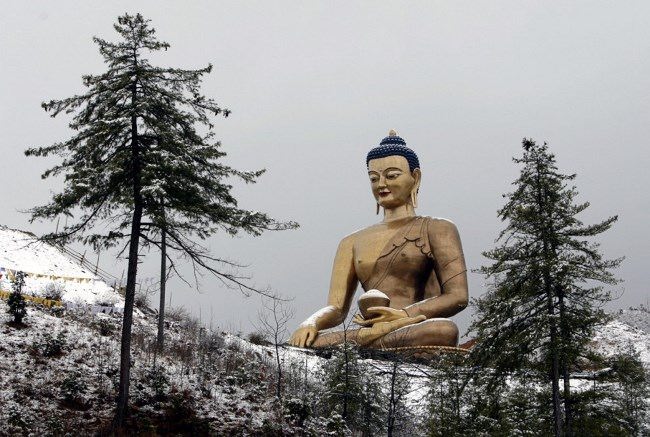 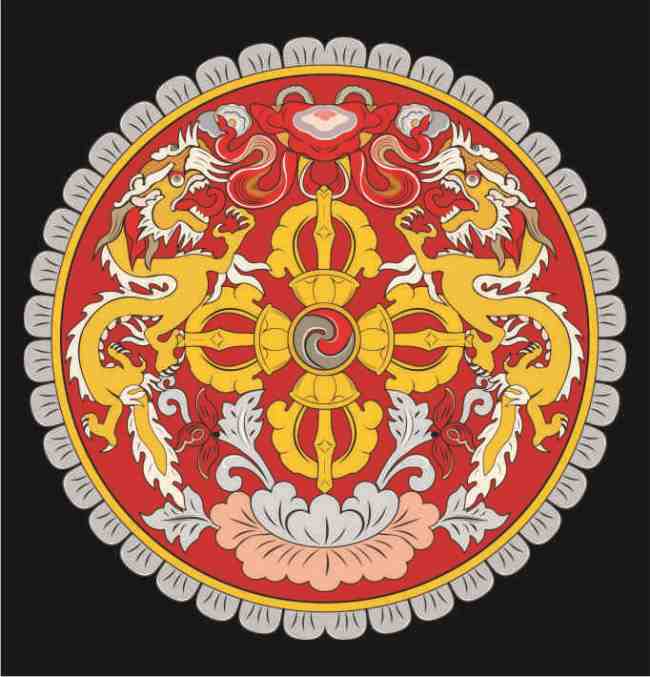 Coat of arms of Bhutan 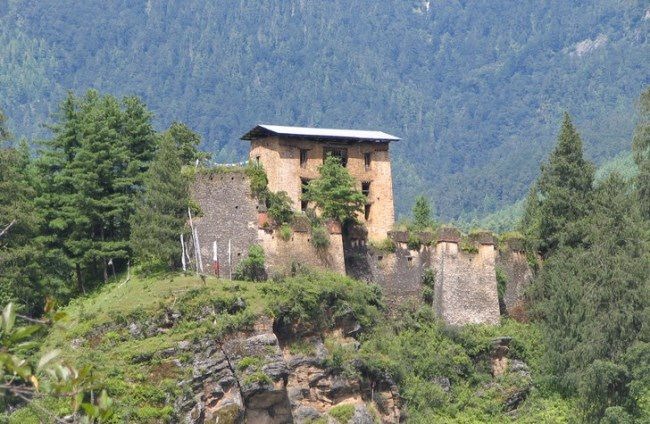 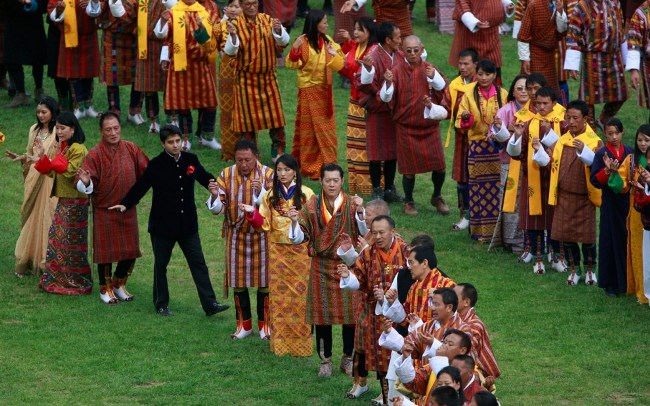 King and Queen of Bhutan are dancing the traditional final dance during the celebration of their wedding on October 15, 2011. AP Photo Kevin 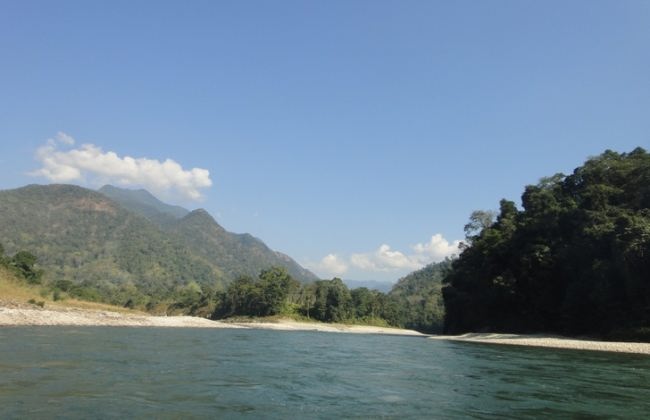 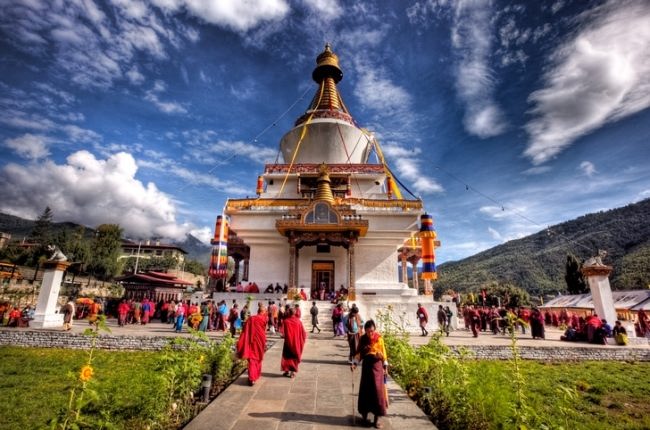 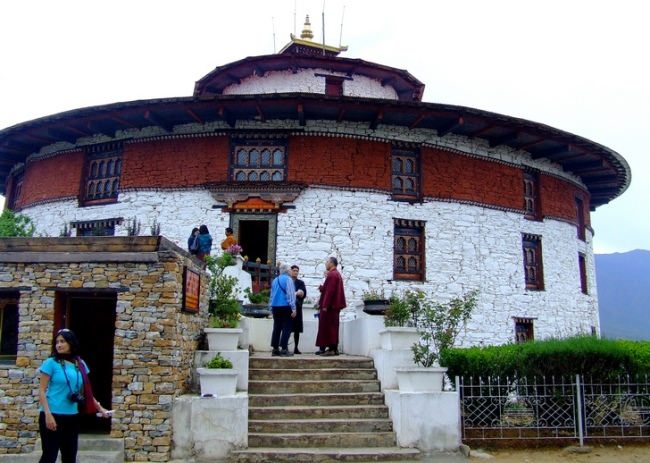 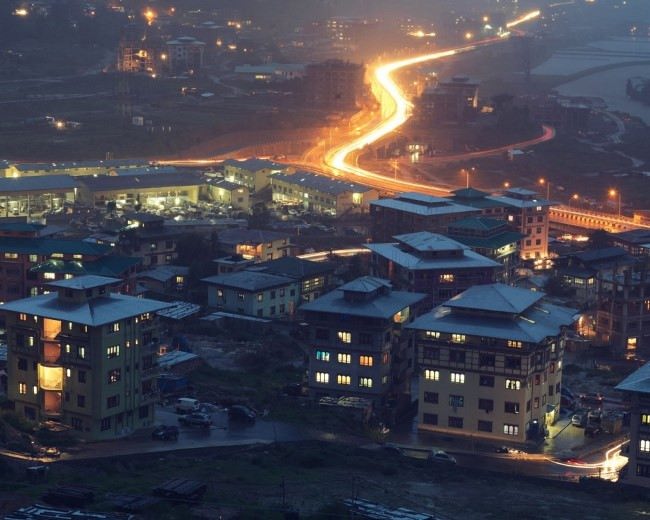 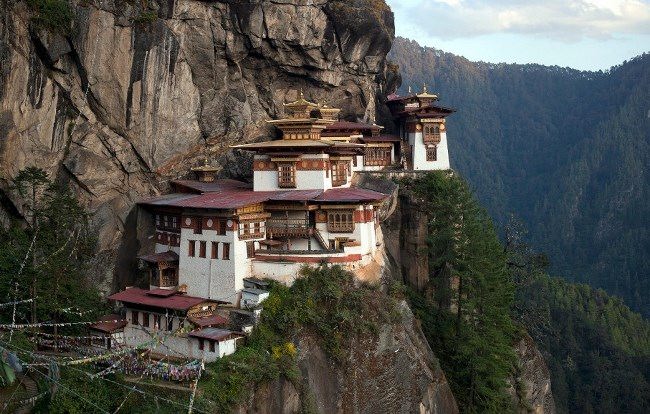 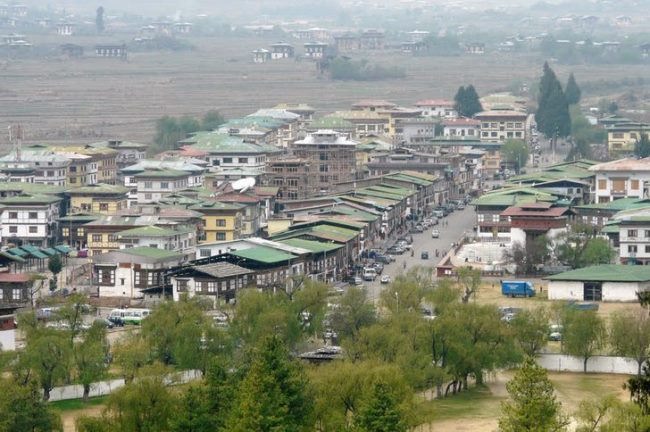 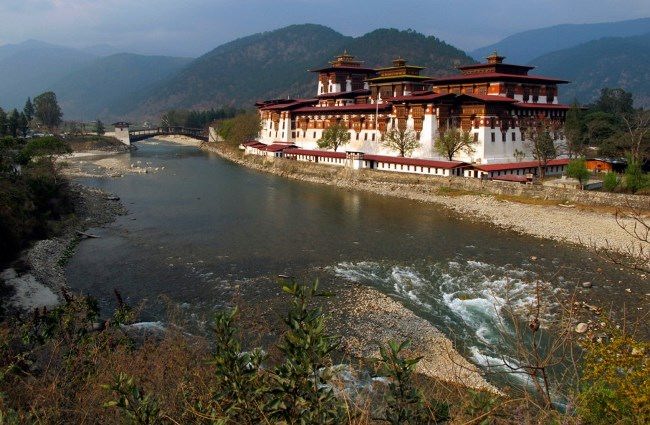 Punakha Dzong, one of the largest buildings in Bhutan, March 13, 2011. ReutersMichael Smith 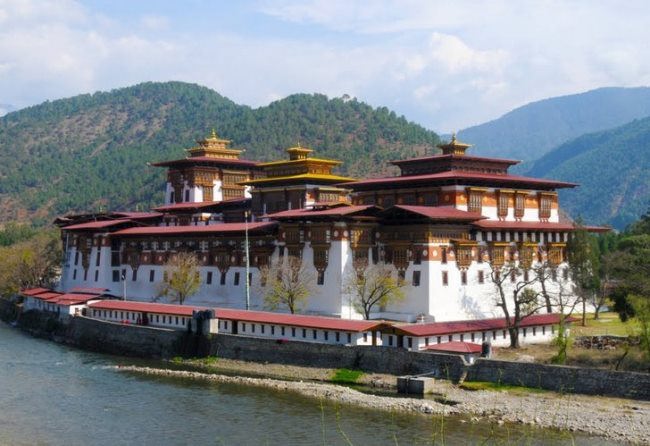 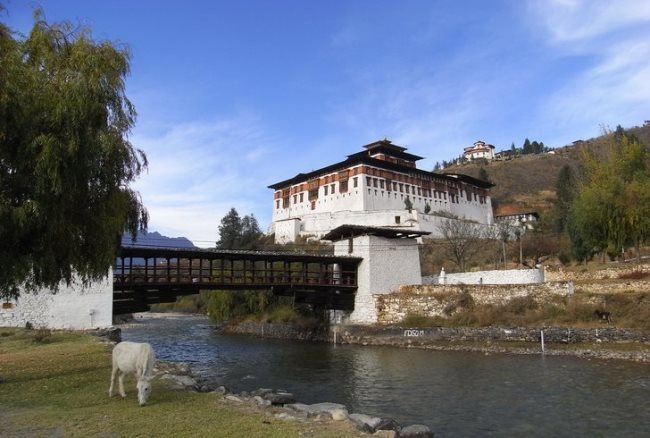 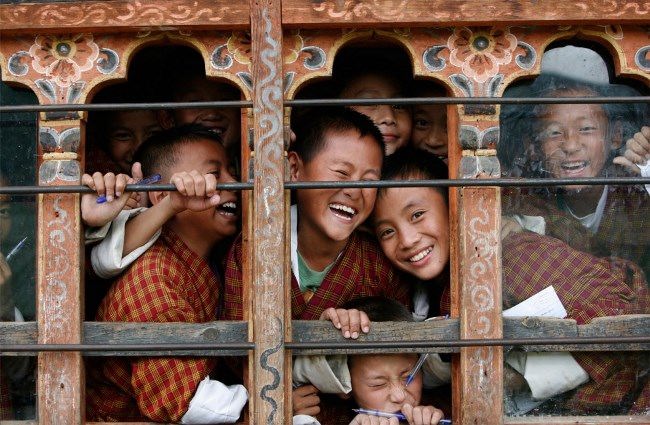 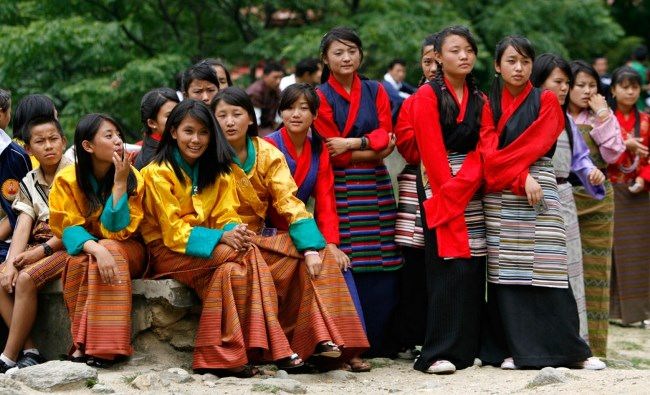 Students rehearse their performance before the annual concert in Thimphu, August 15, 2009. ReutersSingye Wangchuk 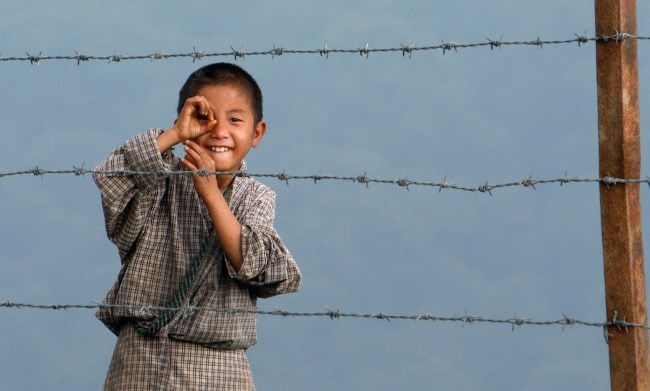 The boy from the village of Kamji near the border of India and Bhutan, November 14, 2009. Reuters Adnan Abidi 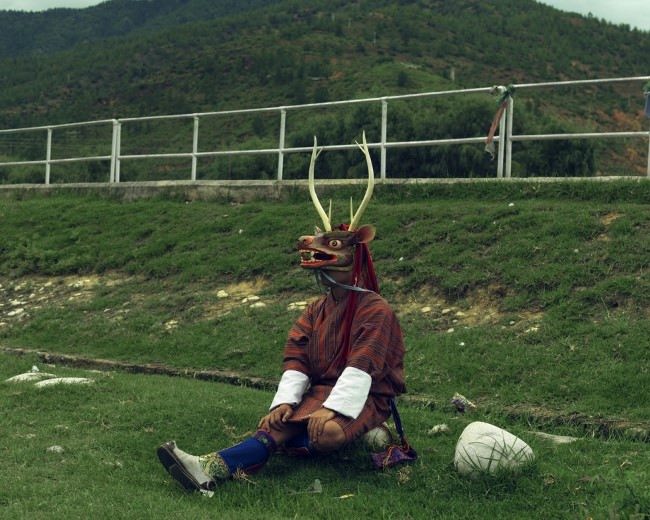 The masked actor performs at the festival Cham’s in Paro. Bharat Sikka for TIME 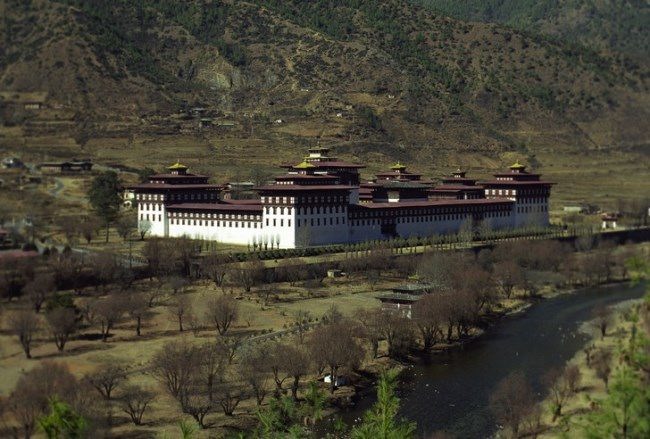 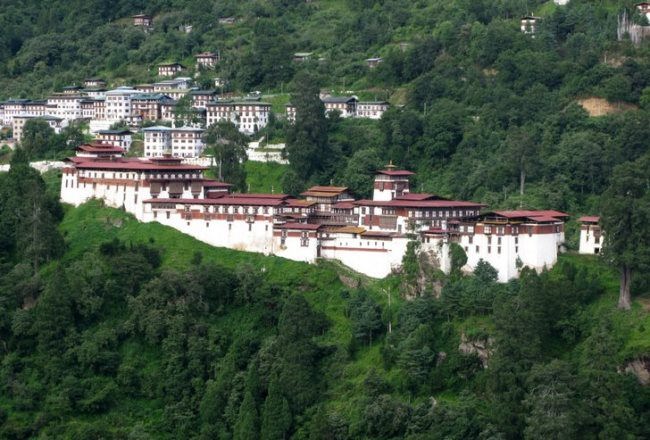 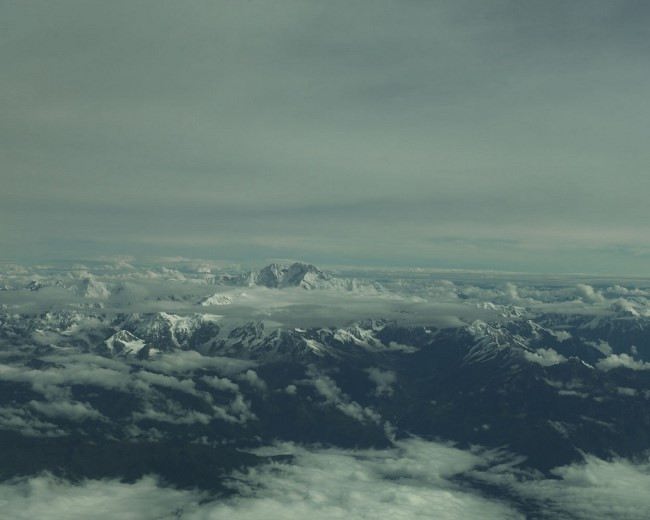 View of Mount Jomolhari from the air. The mountain is located on the border between Tibet and Bhutan. Bharat Sikka for TIME 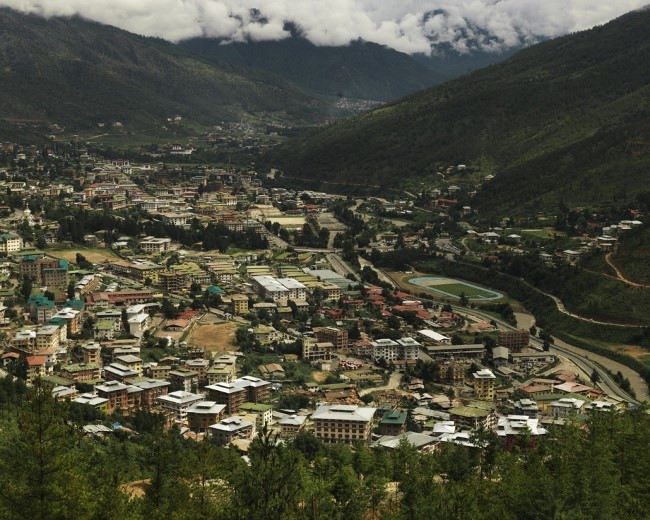 View of Thimphu, the capital of Bhutan. Bharat Sikka for TIME