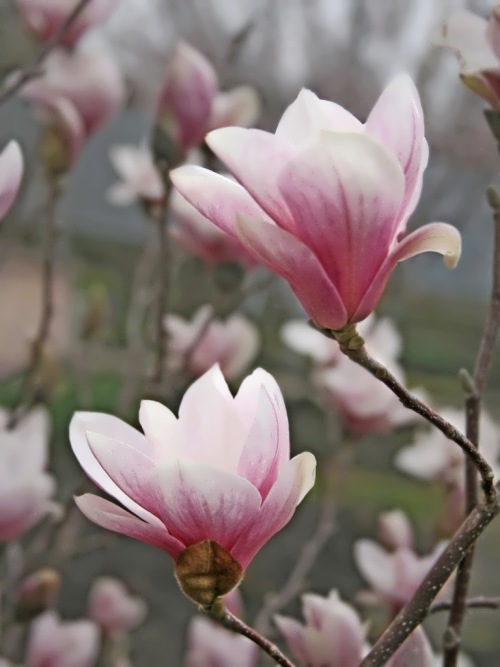 Magnolias are trees and shrubs known for their large, beautiful flowers. There are about 100 species of magnolia.
Many magnolias are about 12 to 24 meters tall and grow in warm-temperate and subtropical climates of the Northern Hemisphere: America, East Asia and the Himalayas.
Some magnolias are evergreen and others are deciduous.
The flowers of a magnolia are white, yellow, pink, or purple. They can be 25 centimeters or more across.
The southern magnolia has large, white flowers that smell like lemons.

The big-leaf magnolia grows up to 15 meters high.
Leaves of the umbrella tree are 61 centimeters long.
The cucumber tree is named after its fruits, which are shaped like cucumbers. The greenish yellow flowers are not very noticeable among the large green leaves.
The tulip-tree is another member of the magnolia family with a relatively wide distribution in southeastern North America.
Southern, laurel or bull bay magnolia is one of the finest of all flowering evergreen trees.
Some magnolia wood is used to make furniture. 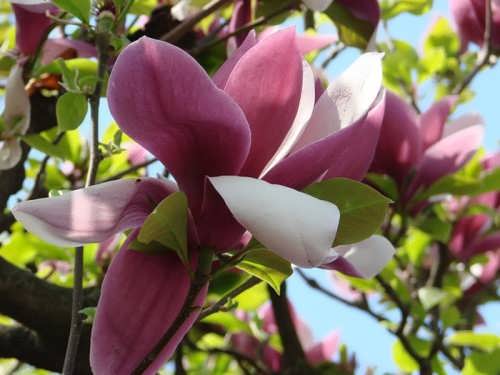 Interesting facts
– The plant was named in honor of botanist Pierre Magnol.
– Some species live up to 100 years.
– The fruits of magnolia are a source of essential nutrients for the birds.
– Magnolia, perhaps, is the most ancient flowering plant. Scientists have found fossils that are more than a million year old.
– The bark and buds are used in traditional medicine in China.
– Mississippi is called Magnolia State. In 1900 it was chosen as the state flower of the state.
– In the Victorian era magnolia symbolized the beauty and dignity.
– Magnolia is the national flower of North Korea.
– Magnolia is a symbol of purity, nobility, perseverance, and lost love. 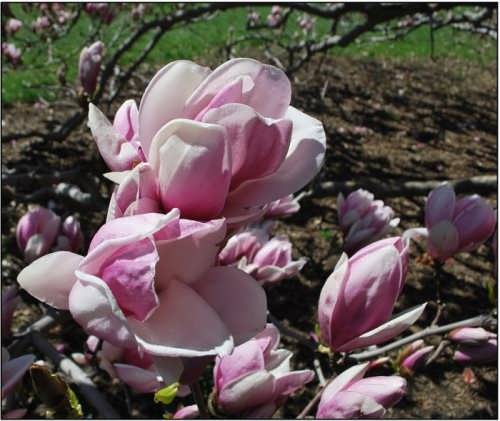 According to the Japanese legend, Magnolia appeared thanks to the young girl named Keiko. The poor girl worked day and night, making paper flowers. But they cost so cheap that Keiko barely earned her own food.
Once day a wise old parrot flew into her room. They became friends and he told her a secret: to revive the paper flowers she needed a drop of her blood, but, in any case, she hadn’t to give her last drop. From that day the young Keiko began to create wonderful fresh flowers. They cost a lot of money.
Once she bought a beautiful kimono and went to the prom. There Keiko met a poor student and fell in love with him. But he was greedy and selfish. He wanted to live in a luxurious palace among beautiful things, and he made the girl work more and more. Soon Keiko was forced to give her last drop of blood and died. The scarlet flower which was revived by Keiko’s last drop of blood was Magnolia. 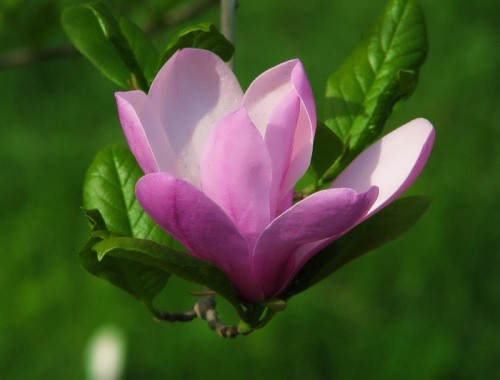 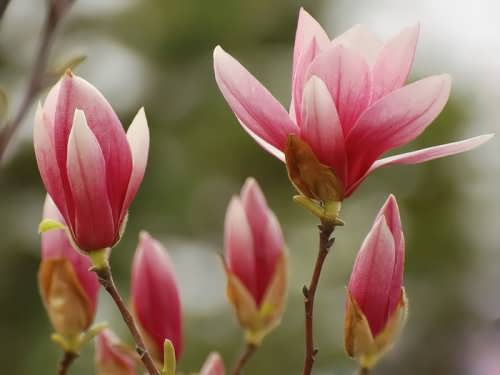 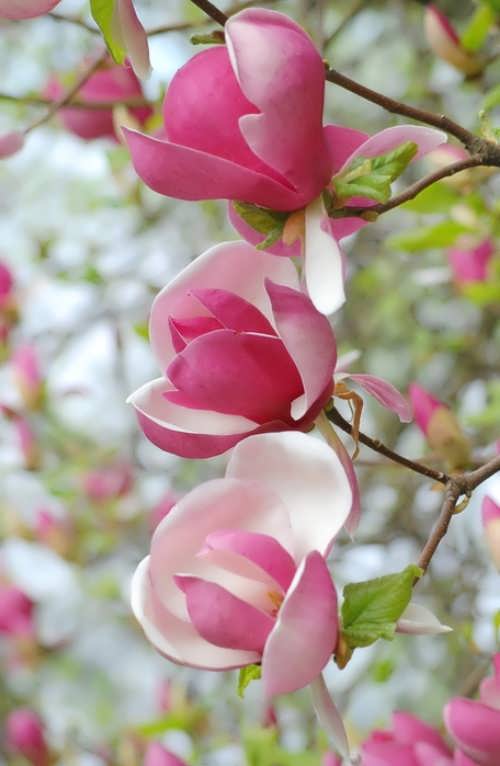 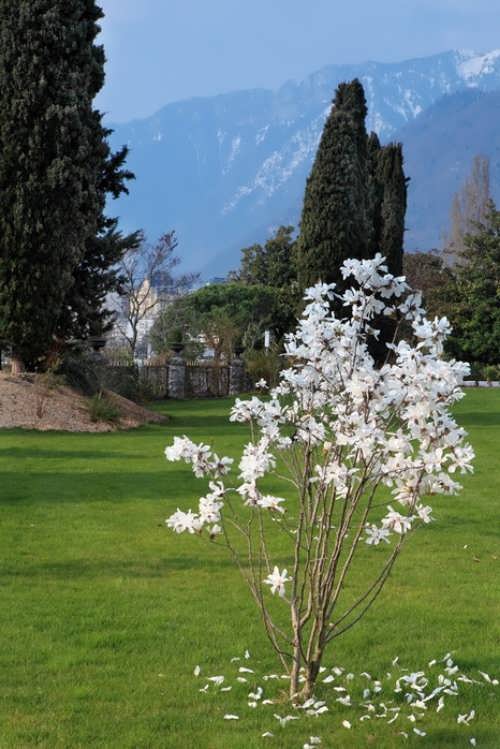 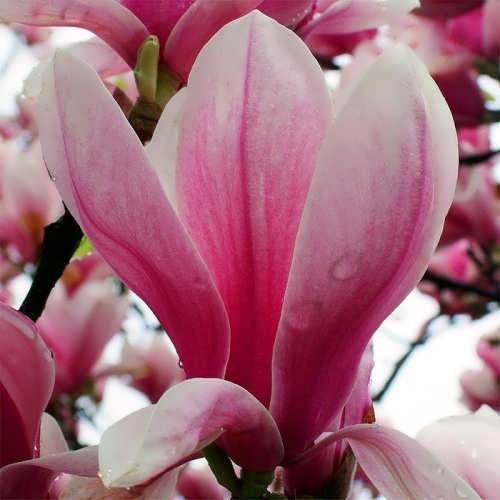 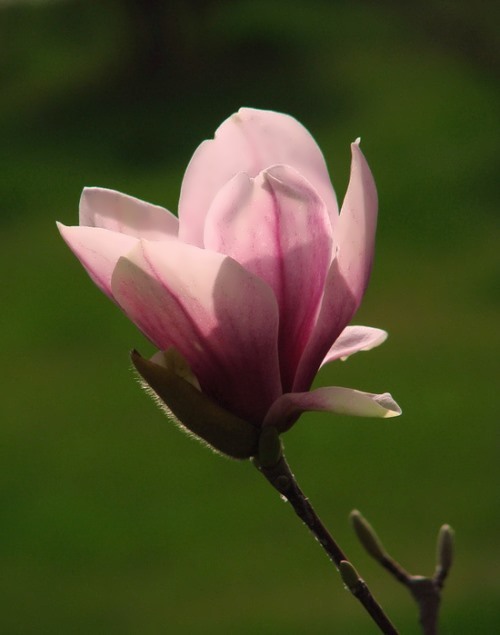 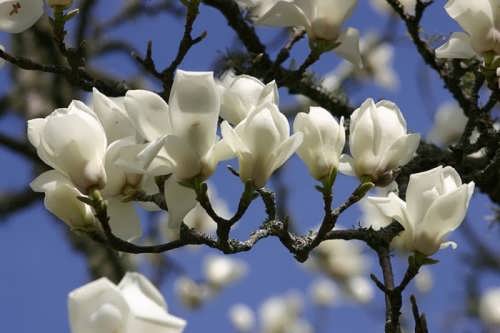 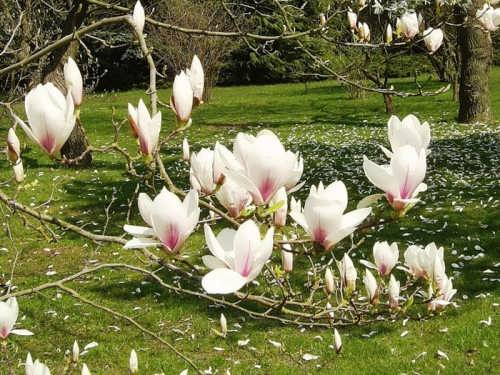 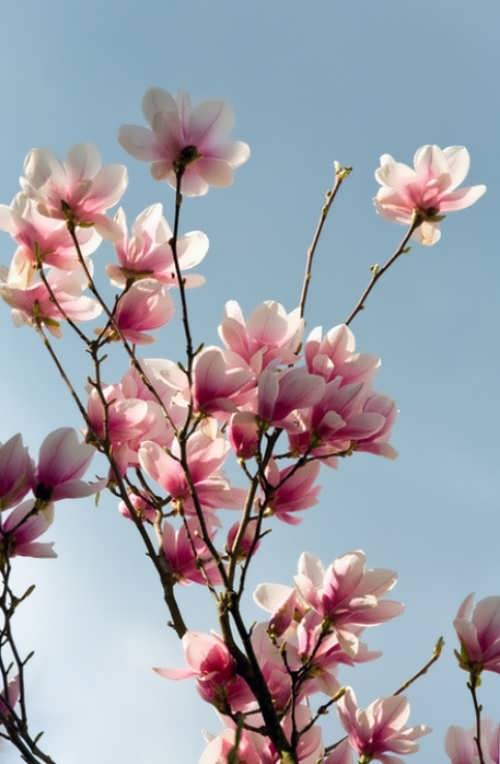 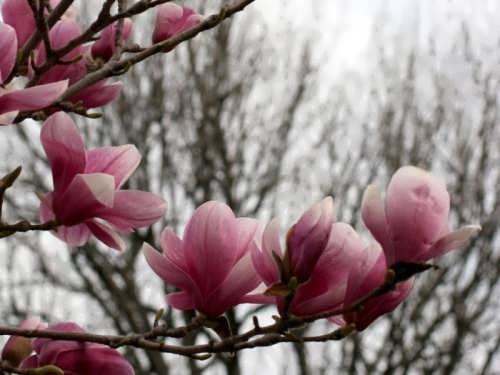 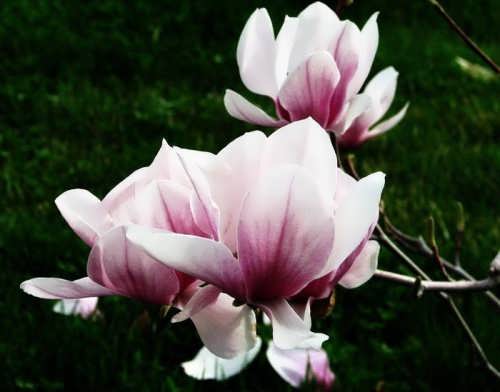 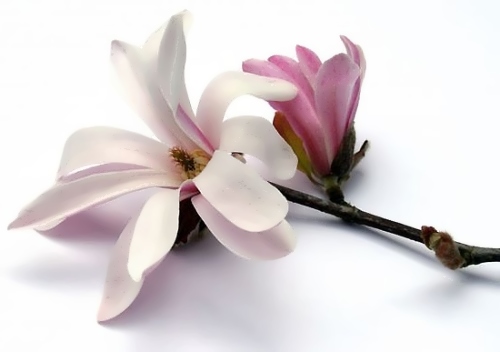 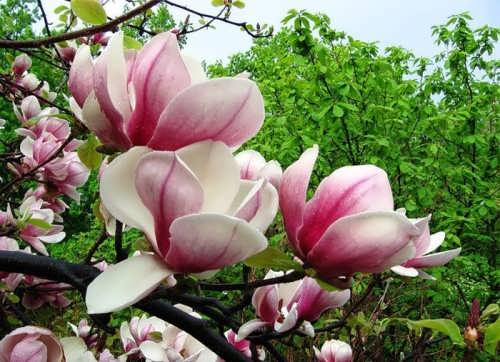 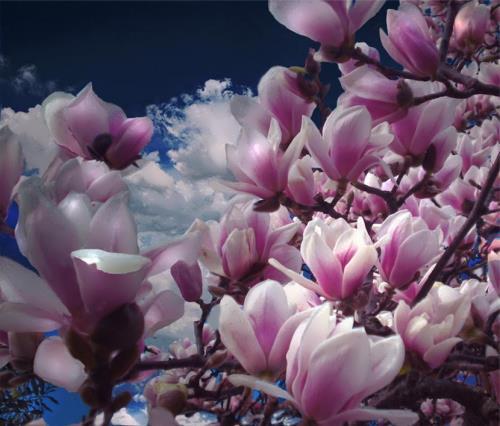 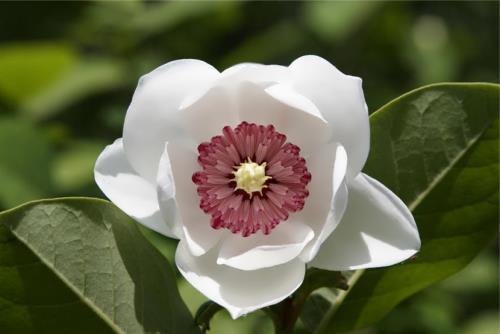 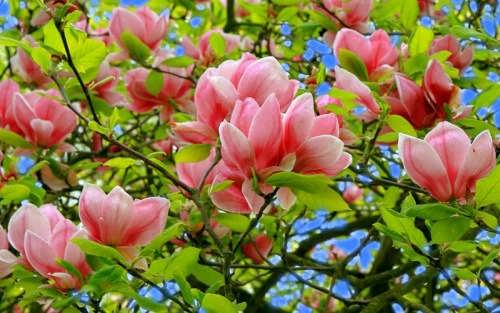 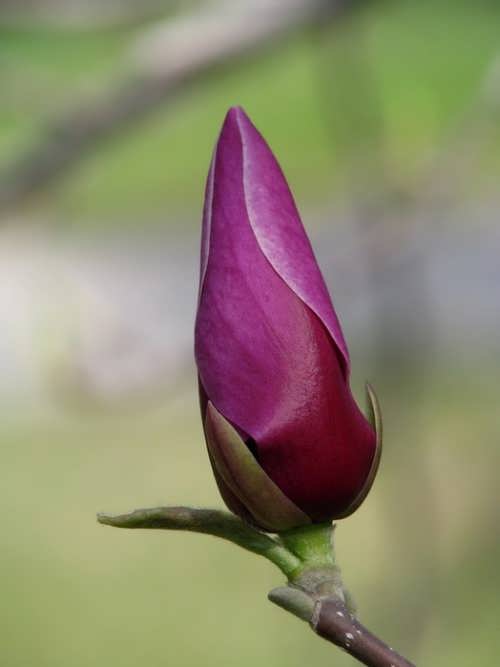 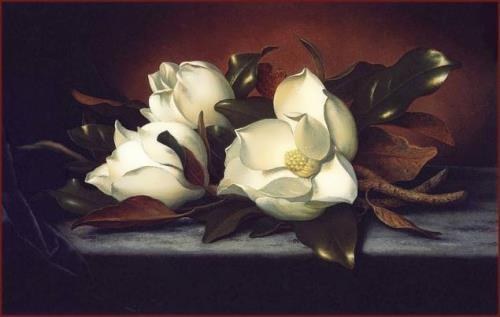 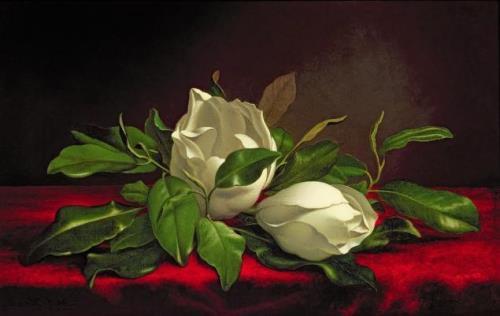 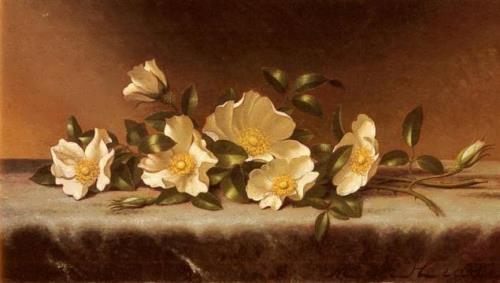 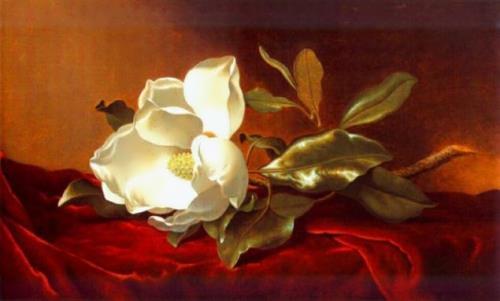 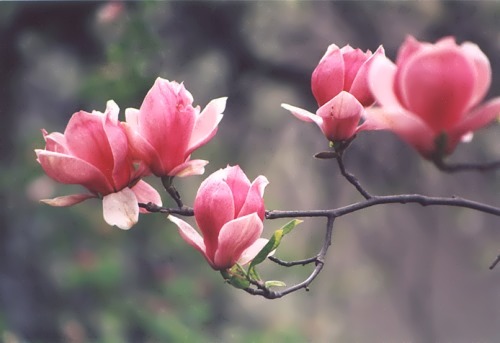 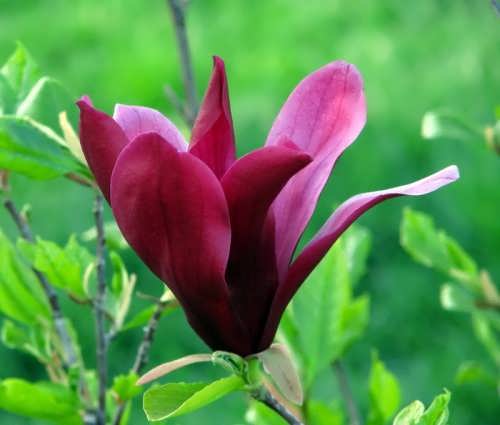 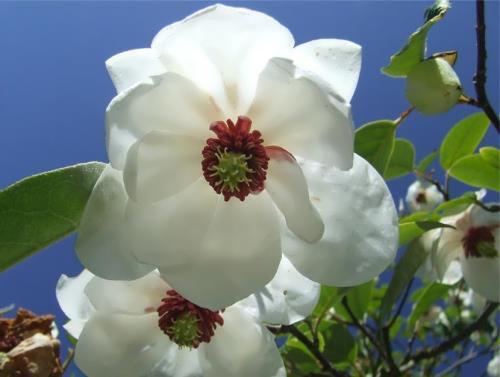