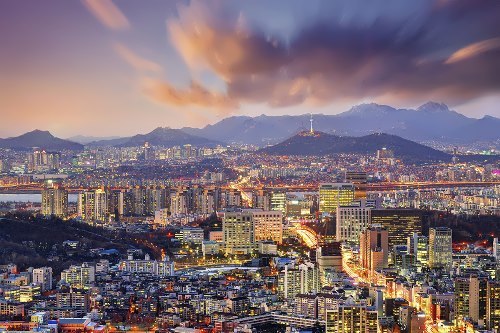 The Korean peninsula is a land of beautiful mountains. For a long time it was a single country. In 1948, after World War II, the Korean peninsula was officially divided into North Korea and South Korea.
Korea has a rich culture that was influenced by China, especially in early times. The Buddhist and Confucian religions came to Korea from China.
All Koreans speak the Korean language.
People have lived on the Korean peninsula for more than 12,000 years.
In 1910 Japan made Korea into a Japanese colony. North Korea became an independent country in 1948, one month after South Korea.

In 2000 the leaders the two Koreas met for the first time. They agreed to work toward a peaceful, reunited Korea. Korean athletes marched together for the first time at the Sydney Olympic Games in 2000, and limited border crossings have begun, allowing families to visit relatives they have not seen in over 50 years.
Pyongyang is the capital and largest city of the East Asian country of North Korea.
Seoul is the capital of South Korea. It is also South Korea’s center of culture, education, business, and industry.

Interesting facts about Korea
– Koreans have very few surnames, but a great number of names. Therefore, it’s quite difficult to meet the namesake.
– When a child is born in Korea his age is 1 year old.
– Most researchers believe that Korean language is an isolated language and has no analogues in the world.
– The number 4 is considered unlucky. It is consonant with the word “death.” Therefore, there are no the fourth floors in buildings.
– The South Koreans are the most hardworking people in the world.
– Koreans have very poor eyesight.
– South Korea is in the top 5 of the largest car manufacturers in the world. The most popular brands are Hyundai and Kia.
– Martial art Taekwondo was invented in Korea.
– Han River is the longest river of the country. It is the main source of water for thousands of years.
– For excellent economic and development of modern technology South Korea, Singapore, Hong Kong and Taiwan are called the Four Asian Tigers!
– South Korea is one of the safest countries in the world.

Landscapes by Korean artist Kang Jung Ho
Kang Jung Ho is a Korean artist, who was born in the city of Wonsan on April 15, 1950. He studied at the College of Fine Arts in Pyongyang and graduated in 1968. He is not only a talented artist, but also an art critic. He visited different countries, including the Soviet Union and Syria. His most famous painting Happiness was painted in 1978 and was awarded the first prize at the National Exhibition in Pyongyang. It became a masterpiece of Korean art.
In 2008 he was awarded the Grand Prix for many years of creative activity.
His landscapes are colorful, clean and very emotional. He paints his beloved Korea with its high mountains, snow-covered trees, raging seas, autumn trees, green parks and gardens, and flowering valleys. 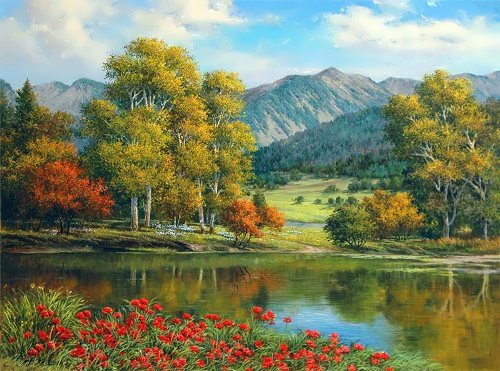 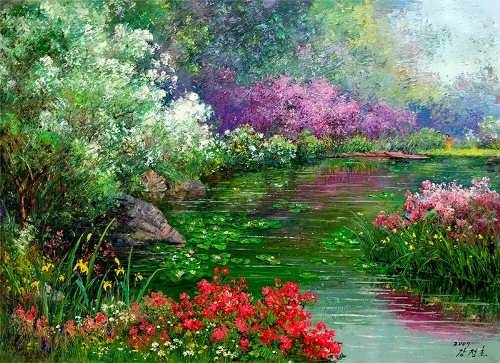 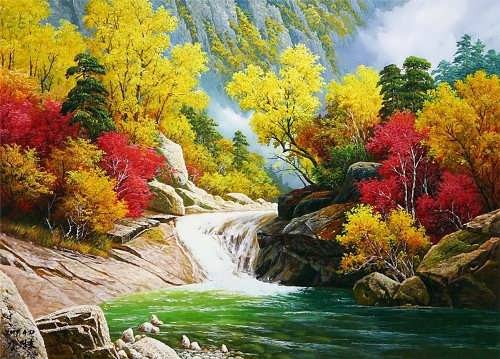 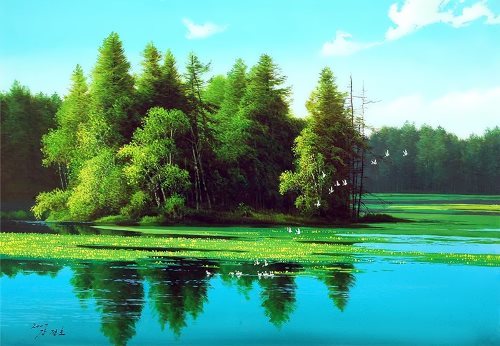 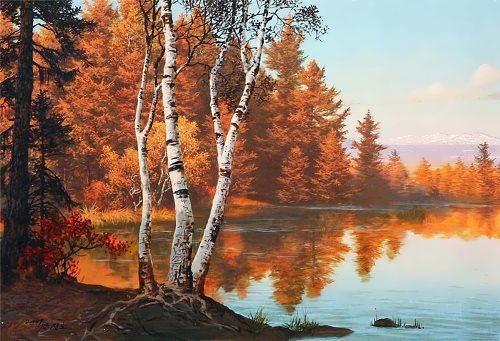 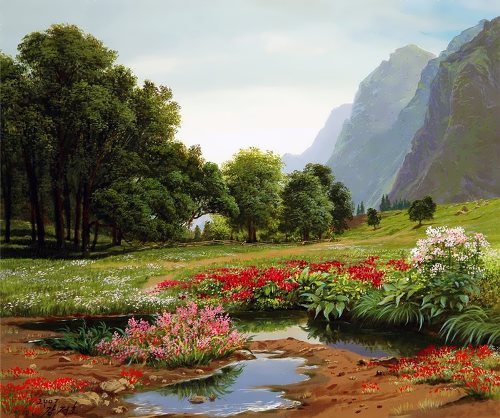 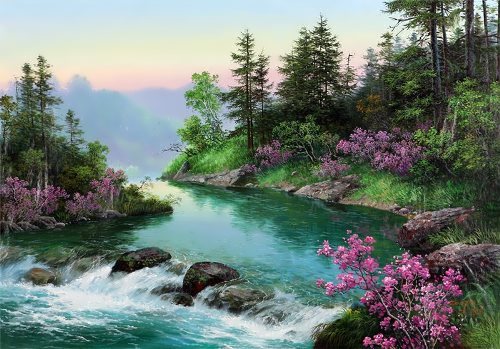 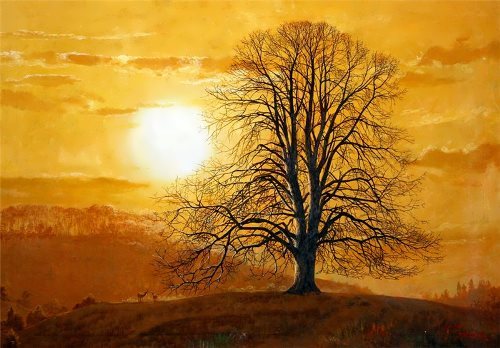 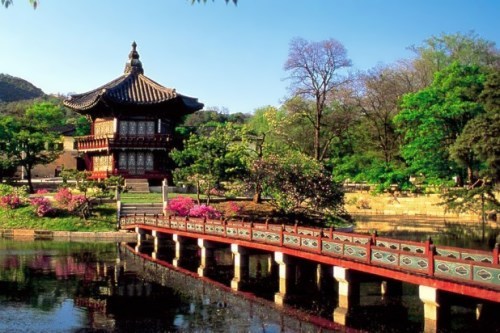 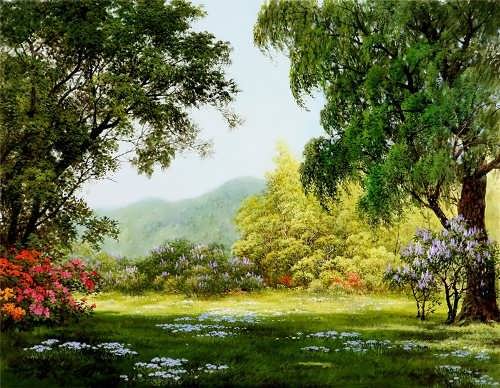 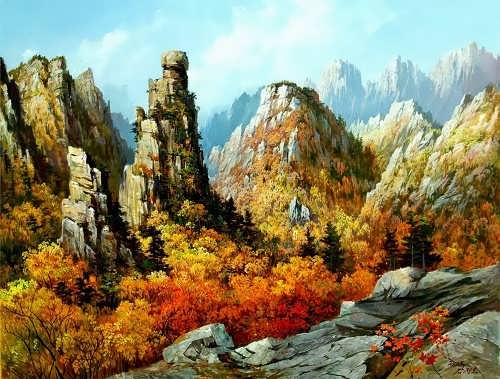 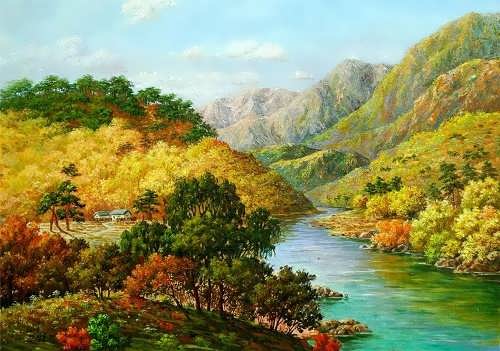 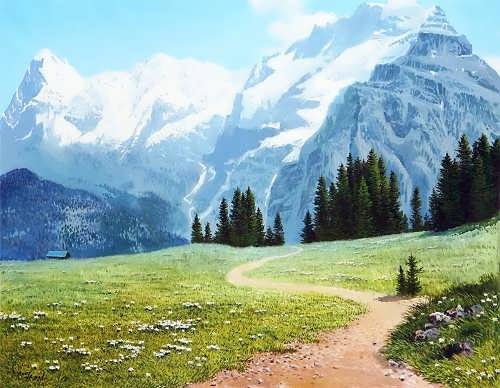 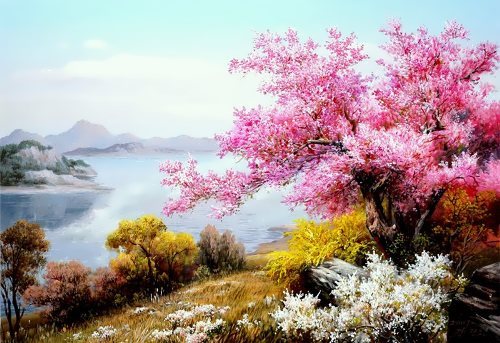 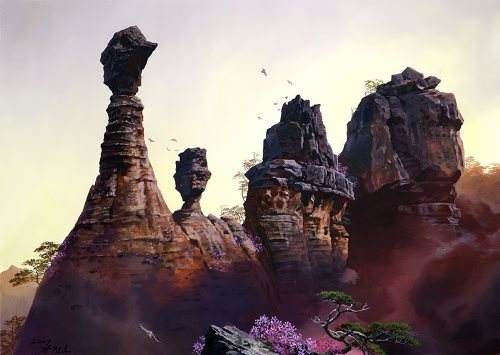 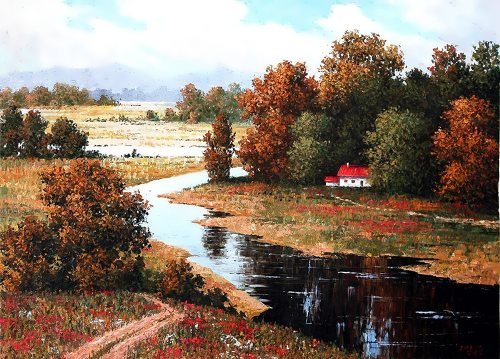 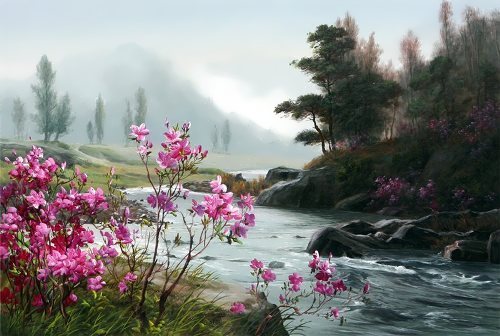 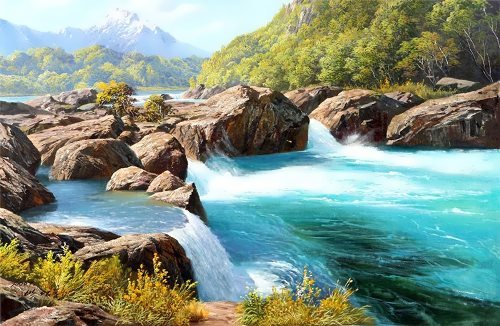 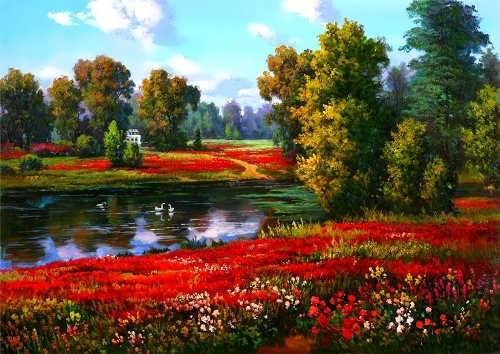 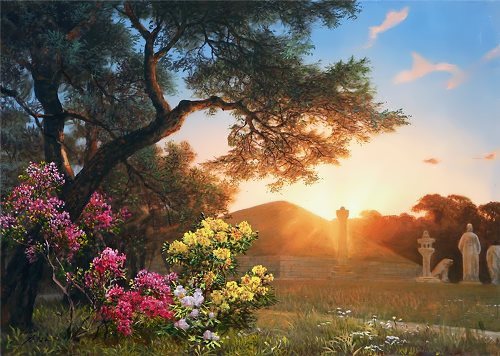 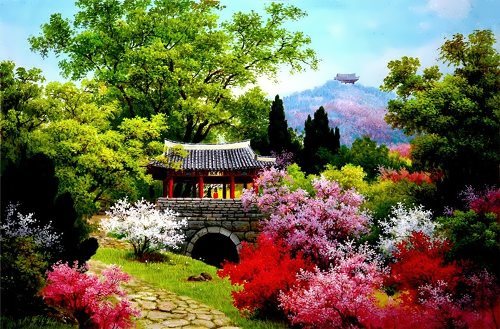