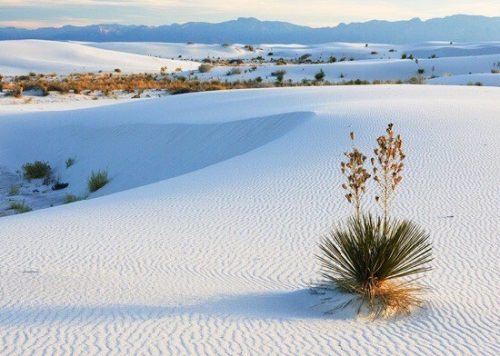 In the US state of New Mexico, this amazing and unusual area stretches for almost 700 km². It is unlikely that somewhere on the planet, except, of course, snow-covered latitudes of Antarctica, there is such a strange vast space of barkhans, ridges, high hills sparkling in the sun with crystal-snowy overflows … If it were not for scorching heat … The Desert of White Sands. Indians-Apaches and European immigrants aptly called it “porcelain.”
In fact, such an outlandish landscape-sand phenomenon of the desert is due to the gypsum crystals, and not quartz grains like in any other similar natural zone. And snow-white variety of gypsum – soft selenite, similar to chalk. In particular, the cover of the albino desert is precisely selenite. Once, here, instead of sand was a shallow sea. The interaction of the sun and the sea, geological processes, wind and water erosion have done their job. Meanwhile, ridge, sandy selenite sandstones at the foot of the Sacramento are about 18 m high. Striking, with unusual “two-story dunes” slowly moving in the north-west direction. The width of the moving barkhans is 8 km, and the length is about forty km.

Traditionally, precipitation in the porcelain desert falls around 200 mm per year, and for the desert it is not so little. An unpretentious poplar with roots up to 30 m long and yucca, ripped from one place, instantly taking root in another, and can grow in similar “Spartan” conditions. Meanwhile, on the outskirts of the desert landscape and the moisture is more and the list of vegetation is wider: a thousand-acres, abronia, echinocactus, and a desert melon … 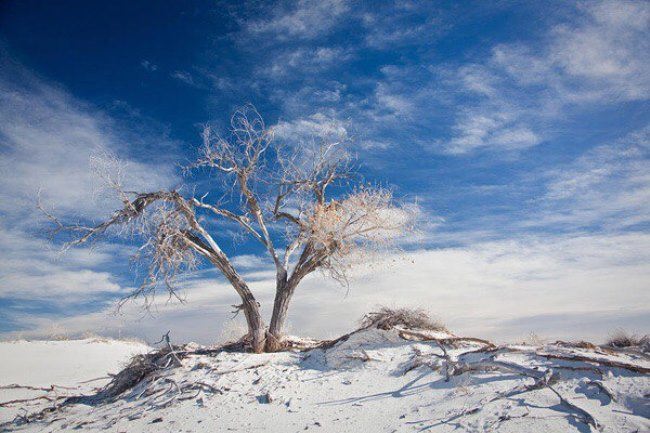 A lonely tree growing in the white sands

The fauna is interesting – unusual grayish white lizards, pale-colored rodents. Undoubtedly, such camouflage allows animals living in the White Sands Desert to hide from predatory birds. Also, skunks, porcupines, meadow wolves, desert badgers and shrews live closer to the foot of the mountains and the edge of the desert. Of the birds live cactus and earthen owls, hummingbirds, and woodpeckers. In addition, there is an antelope hare, zebra tails, leopard lizards, a grasshopper mouse, a kangaroo rat, a leaf-heeled gecko, and a crooked thrush. So, having unusual biological names, the desert fauna of the region is no less exotic.

The adaptability of animals to life in the desert is also unique. Kangaroo rat, for example, can do without water at all, the necessary supply of moisture it receives from the seeds of the plants that it feeds. The collar bakers (the only deserted wild pig) feed on juicy “cakes” of echinocactus, completely ignoring the “prickly components.” The White Sands Desert is a unique exception, located on the territory of the US National Park “White Sands”.
source of images
public group
vk.com/crasota_strashnay_sila 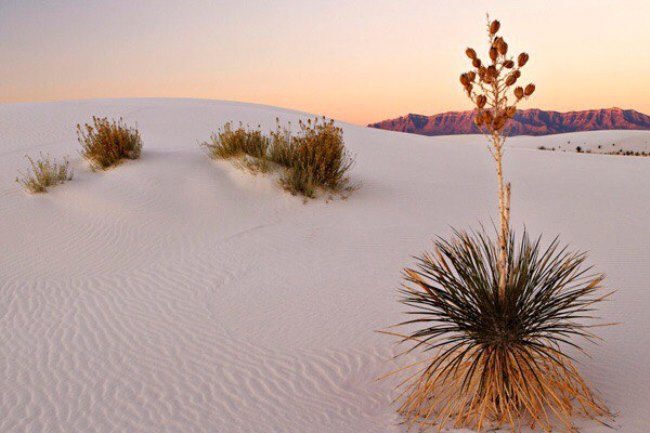 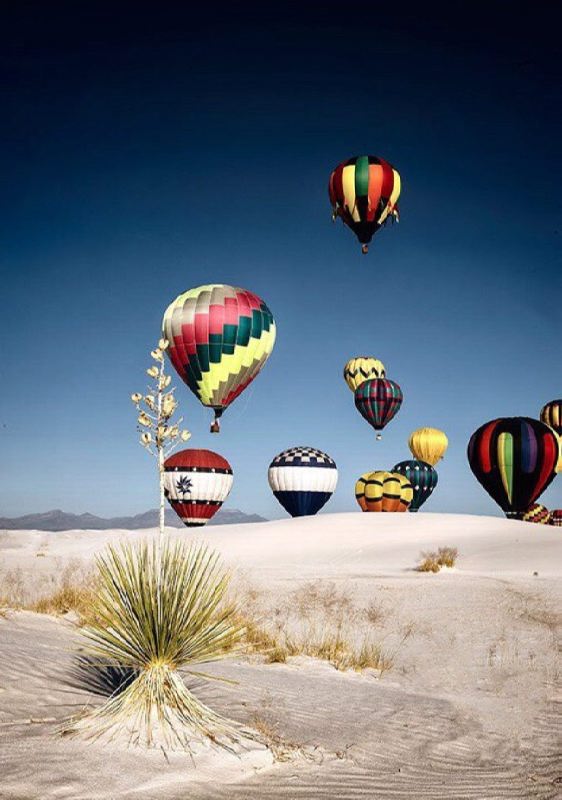 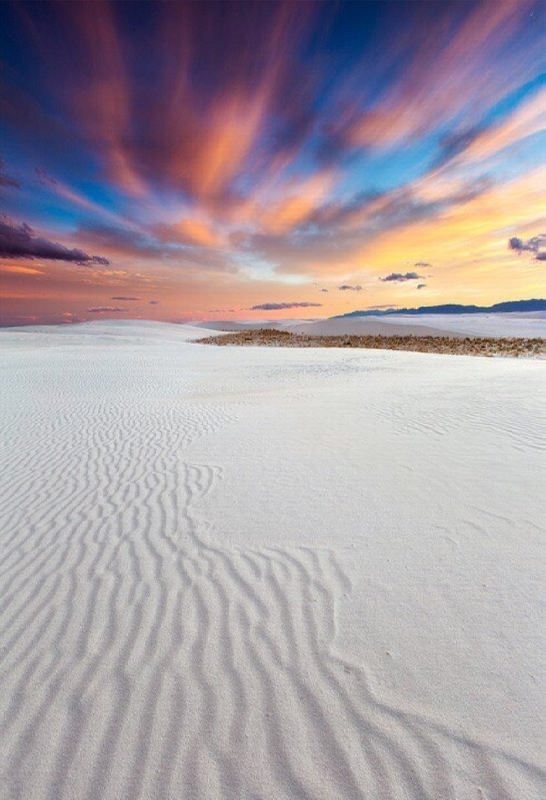 Picturesque landscape of the white desert 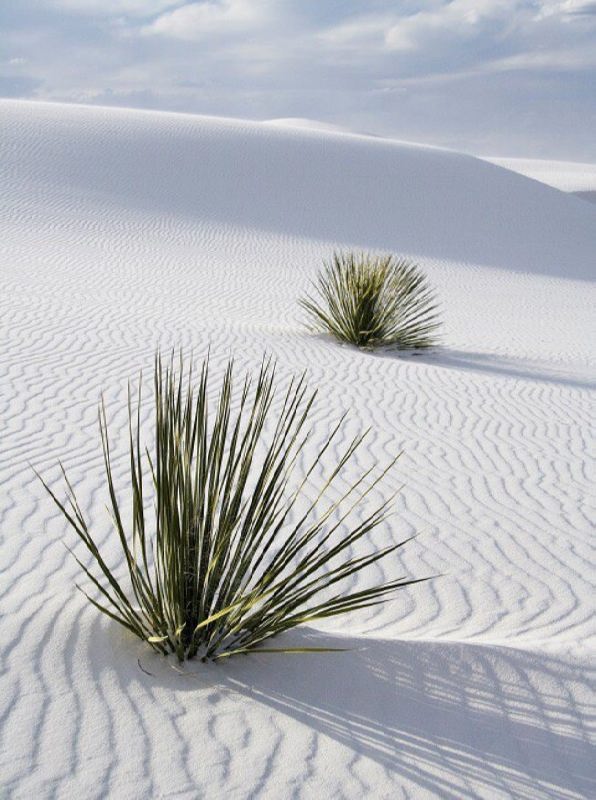 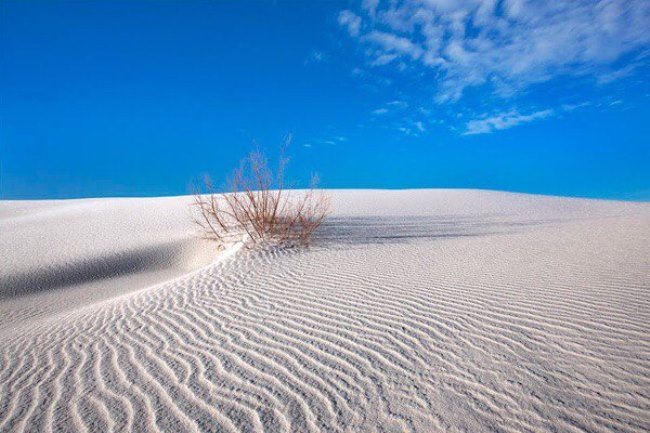 When the desert meets the sky 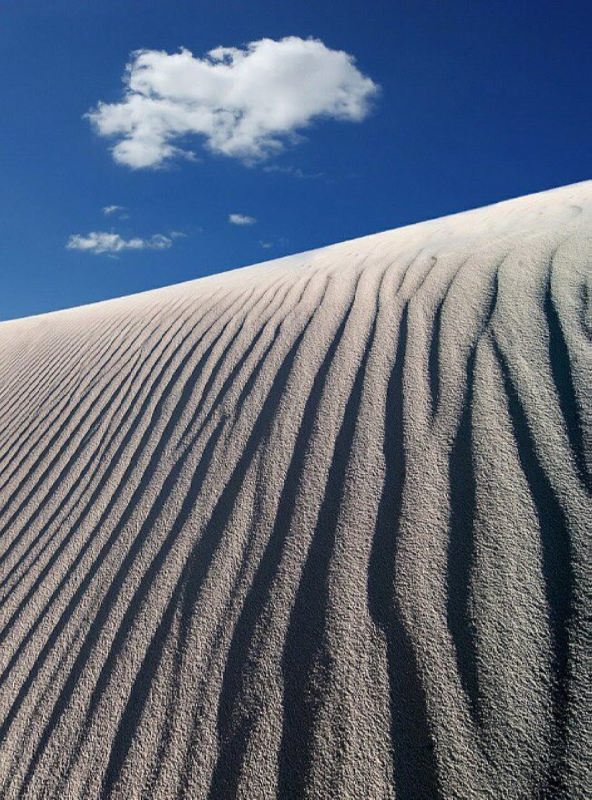