This endless sea of sand and sun-scorched rocks was once one of the most fertile regions of Africa. Not only giraffes were walking there, elephants and hippos splashed in water, but also people who most likely had a powerful influence on the emergence of the mysterious and powerful civilization of Ancient Egypt lived there. What happened in the Sahara eight thousand years ago? Why did it become a barren desert? Where did its inhabitants disappear? Scientists try to answer these questions.
The famous rock paintings in Tassili n’Ajjer (a plateau in the southeastern part of Algeria), which the French scientist Henri Lot discovered in the mid-fifties of the last century, became obvious proof that the Sahara desert was once the most prosperous place on the planet.

Ancient artists drew antelopes, giraffes, elephants, ostriches and hippos. It is believed that the most ancient rock paintings in the Sahara were made about ten thousand years BC, and already from the 6,000 BC this fertile land began to rapidly turn into what is now. 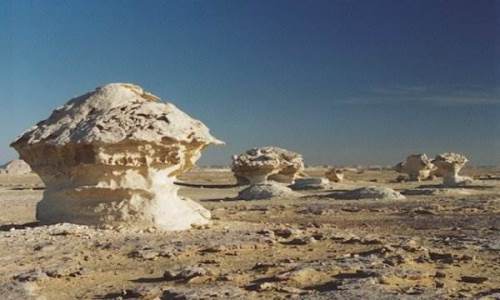 The Sahara is the largest desert on Earth. It covers about 8,600,000 square kilometers in northern Africa. The Sahara includes at least part of 10 countries — Morocco, Algeria, Tunisia, Libya, Egypt, Mauritania, Mali, Niger, Chad, and Sudan. The Sahara is the hottest region in the world during the day in summer with the temperatures above 49° C. Rain is very rare.
Much of the Sahara’s surface is rocky. In some places the sand is piled high in hills called dunes. The Nile and the Niger rivers cross the edges of the Sahara. There are oases thanks to underground water.
Many of the Sahara’s plants and animals depend on the water found at oases. Shrubs, rough grasses, and palm trees make up much of the region’s plant life. Olive, cypress, and acacia trees grow in the highlands. Animals of the desert include gerbils, hedgehogs, gazelles, baboons, hyenas, and foxes. There are also snakes and scorpions.
People live near oases. They grow fruit and grains, trade animal skins, wool, and salt in oasis villages. 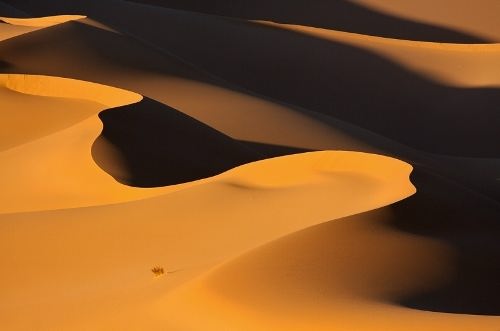 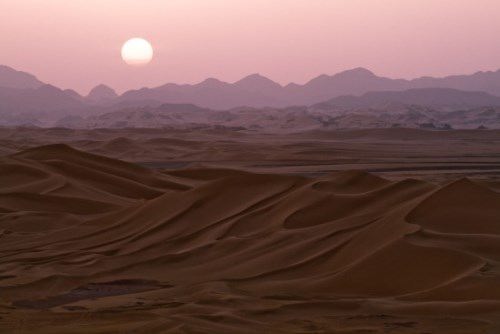 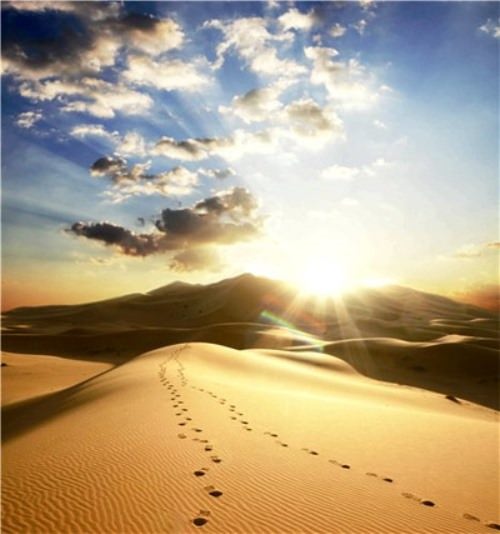 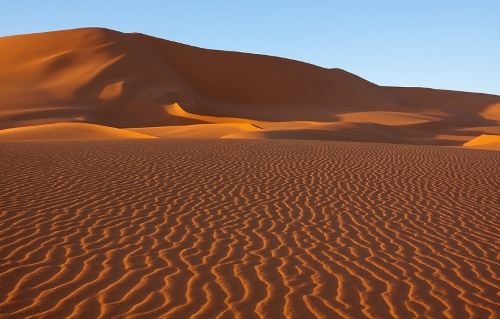 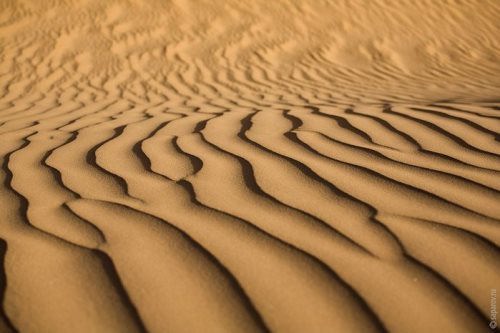 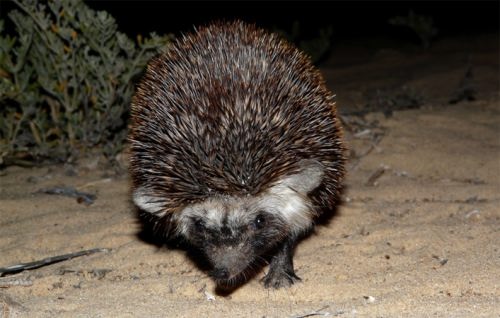 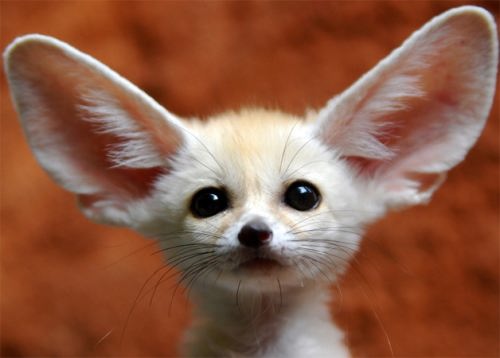 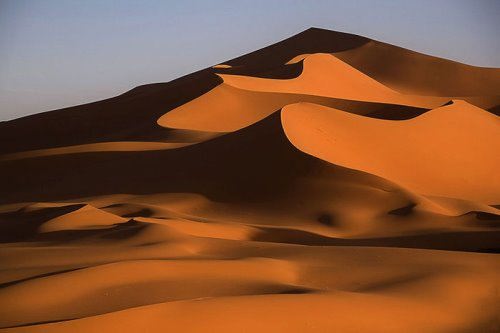 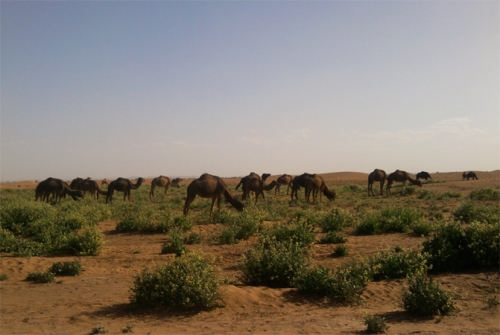 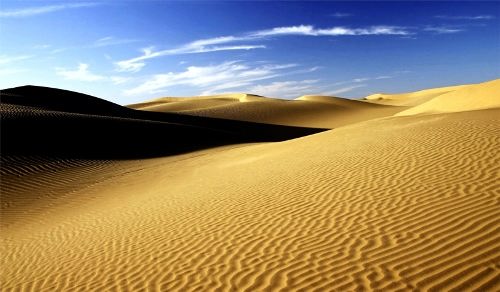 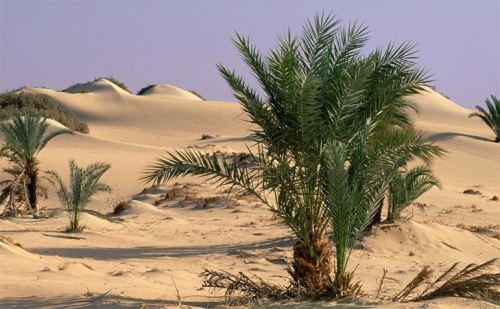 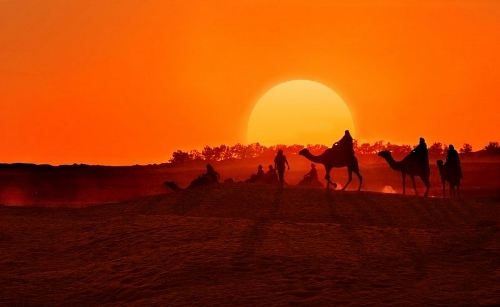 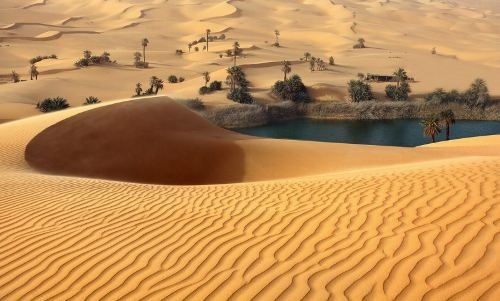 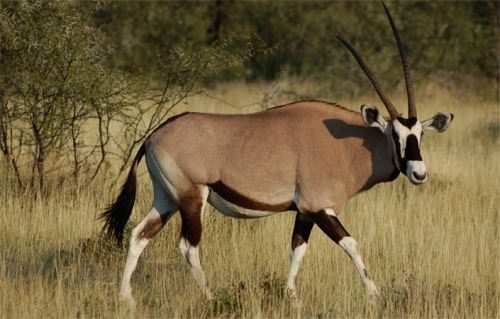 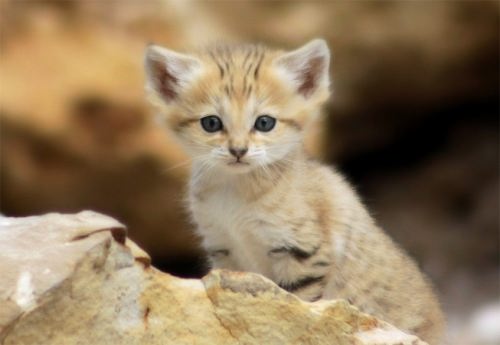 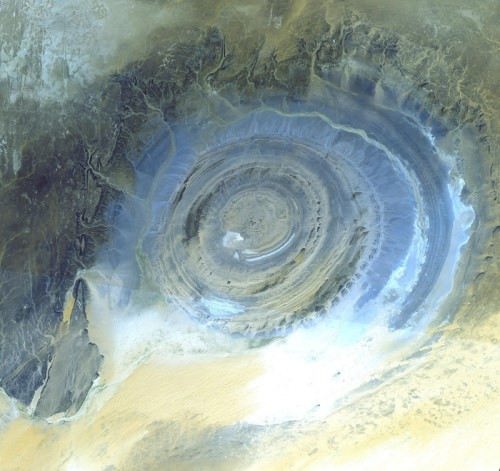 Satellite photograph of the Richat structure 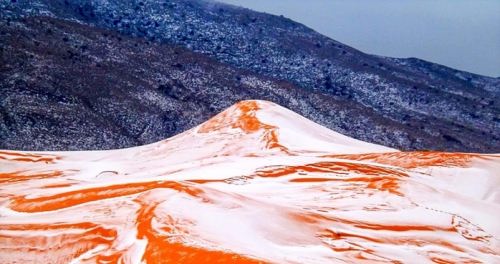 Snow in the Sahara Desert 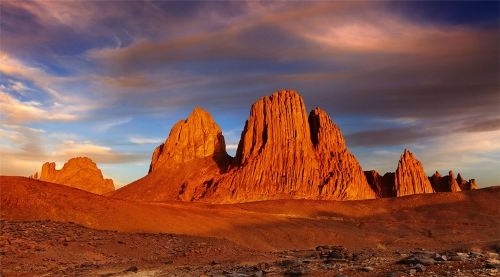 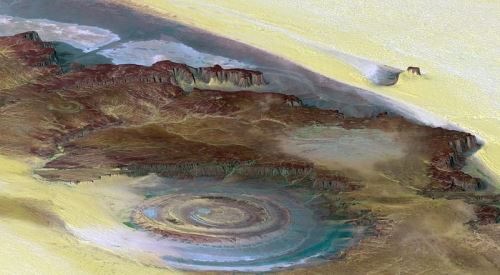 The eye of the Sahara