Orange River natural phenomenon – the river that resembles the color of orange juice. Undoubtedly, it is a real wonder of the world. And to personally enjoy the stunning riot of power and natural phenomenon, thousands of tourists come here. The Orange River runs in the southern Africa. It rises in the Lesotho Highlands as the Sinqu River and flows west as the Orange across South Africa. The river passes the southern edge of the Kalahari Desert and winds through the Namib Desert before draining into the Atlantic Ocean in South Africa. The Orange River forms the border between South Africa and Namibia. It is about 1,300 mi (2,100 km) long. There are some irrigated sections along the river and many dams but no large towns.

Travelers are even not afraid of the sands of the Kalahari. The Orange spreads on a vast plain, and the width in some places is more than 7 km. Charging into the main duct, a water fall gets into a stone trap and flows under high pressure. Meanwhile, the noise of the action can be heard several kilometers away.

In fact, the Orange River descends from the Dragon mountains to the ground of state enclave Lesotho and continues through the arid Kalahari desert. Thanks to it, in the most extreme places live considerable number of people and wildlife. In addition to life, the river gives Africans electricity. Meanwhile, the Orange River is the largest in the country. And most of the streams and waterfalls on the Orange can be found in the upper lands. But the pearl of the pool – 146-meter waterfall – the Augrabies Falls. 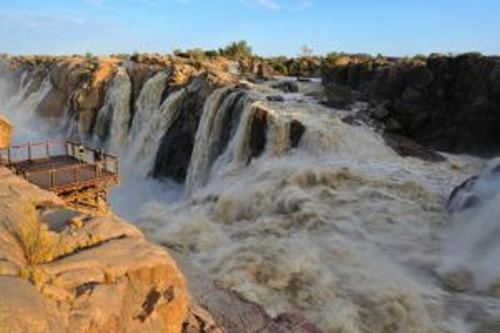 In the caves of the Dragon Mountain can be found rock paintings, which belong to the local Aborigines – the Bushmen. The beauty of these mountains is incomparable. Indeed, it is something dreamlike and ephemeral, with the characteristic spirit of antiquity. Besides, the cave paintings found in caves are picturesque. According to scientists, a total of 35 thousand drawings, painted about 100 thousand years ago.

The whole area is a majestic and pristine mountains and mysterious caves included in a special list of world heritage. The territory of the national park is famous for almost kilometer waterfall Tugela. It occupies a proud second place in the world in terms of height. According to locals, the Dragon Mountain is the roof of the continent, a kind of African Olympia, where the ancient deities lived. The abundance of flora in the mountains with sparse vegetation of the Kalahari Desert and other arid places, makes the place a paradise on Earth. 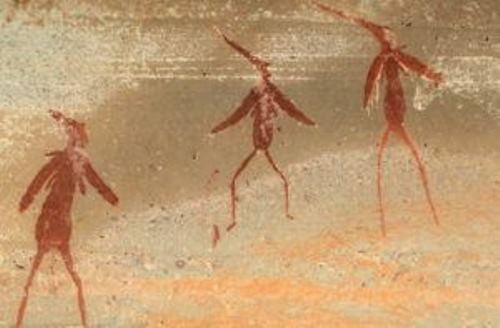 In the dry winter months the volume of the water in the river is considerably reduced because of the rapid run-off and evaporation. However, in the wet season (summer) the Orange river becomes an impetuous, brown torrent. The earliest inhabitants called the river Orange – Gariep.
Sources: photopast.ru 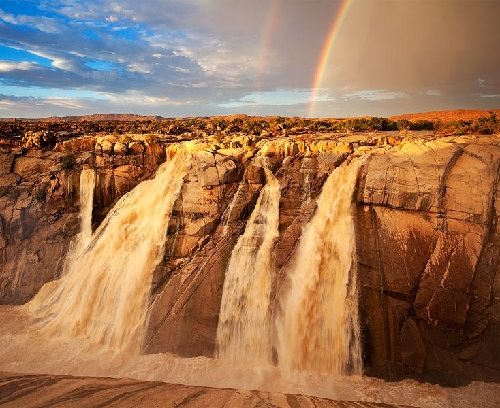 Rainbow over the Augrabies Falls. The Orange River natural phenomenon in South Africa, life in color 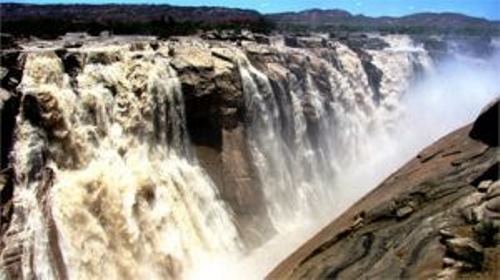 The Augrabies Falls. A popular belief is that the river was named after the supposedly orange color of its water 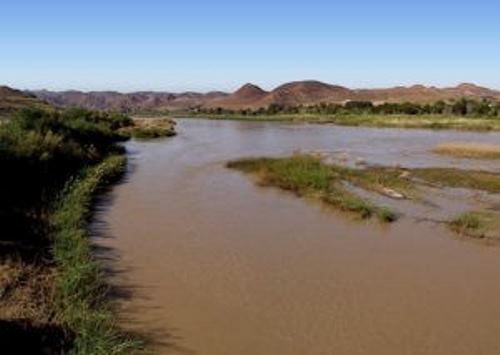 The Orange empties into the Atlantic Ocean at Alexander Bay, which lies about equidistant between Cape Town and Walvis Bay