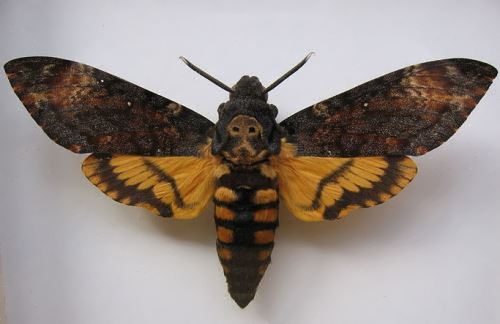 Death’s-head hawkmoth (Acherontia atropos) is the heroine of the darkest stories and legends. It became famous as the messenger of misfortune, death, war and disease.
It is found in southern Europe and the Americas, North Africa and the Caucasus. It appears only in the evening and at night – big, strong, and fast. Its wingspan is up to 15 centimeters! Moreover, it makes a noise while flying. There is an image of skull and crossbones on its back. Actually, this yellow label has turned an innocent butterfly into a “fiend”. No wonder that the hawk moths were destroyed. They almost disappear in the Crimea. Totenkopf is on the verge of extinction. When these butterflies were seen in Great Britain, a country with a relatively cool climate, they made a lot of noise.

In August 2003, the butterflies appeared on the shores of Albion. They had flown tens of thousands of kilometers from Africa to England. They are excellent flyers and shape of their wings resembles the wings of jet aircraft. They are able to fly long distances in a very short time. Once it took it a day to come from the Caucasus to Moscow. 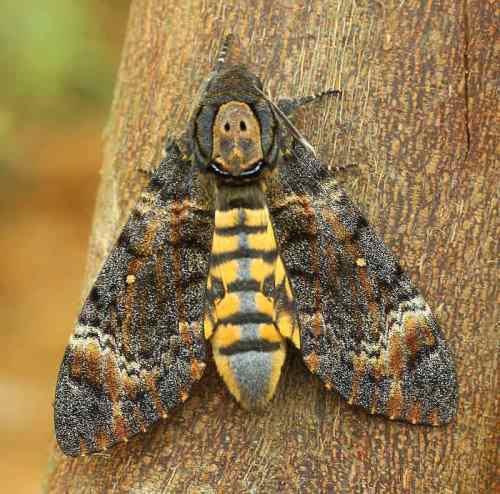 Totenkopf is the world’s only singing butterfly, with rather extraordinary vocal abilities. It imitates the voice of the queen bee and easily comes into the hive and eats honey. The butterfly can eat up to 10 g of honey more than her own weight (7-8 g). However, very often it costs too expensive. Bees attack “honey thief” and the butterfly dies in an unequal battle.
It is noteworthy that not only the butterfly can emit the sound, but also its nymph and even caterpillar. They have different voices.
Only in 1920, the mystery of its singing was uncovered. When the insect retracts food, pharynx acts as a pump. And when the butterfly draws air it works like bellows. The thin membrane in the craw is shaking and chirping.
The tourists on the Caribbean coast of Mexico say that the butterflies just scream!
The unusual “appearance” of an insect served as the inspiration for Edgar Allan Poe, who wrote the story Sphinx.
In the legendary film The Silence of the Lambs maniac puts Acherontia atropos’ nymphs into his victims’ mouth. 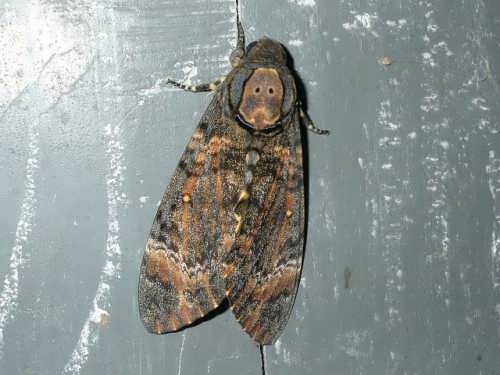 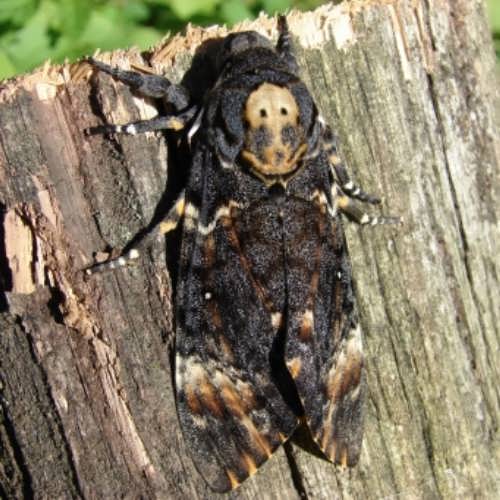 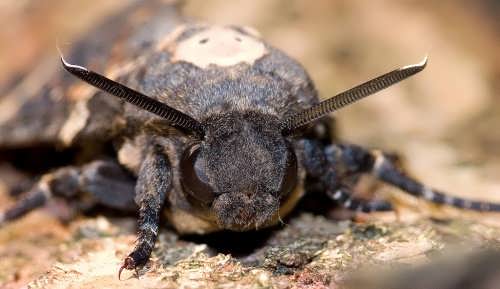 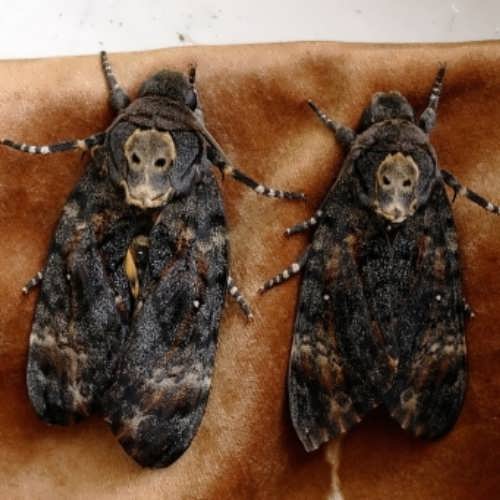 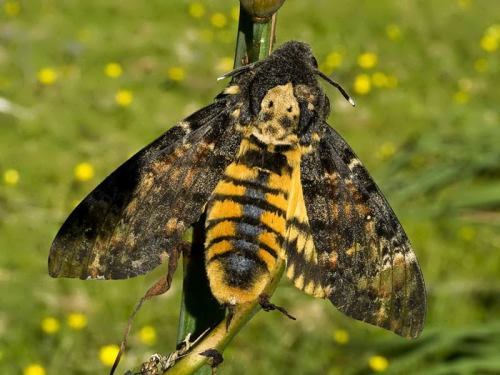 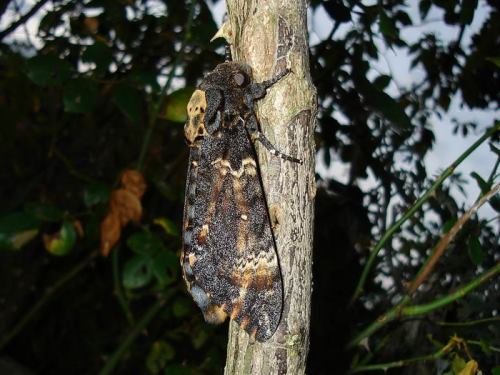 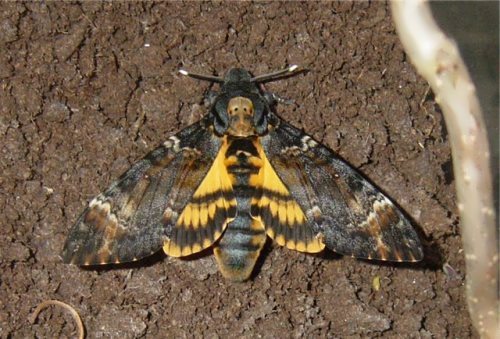 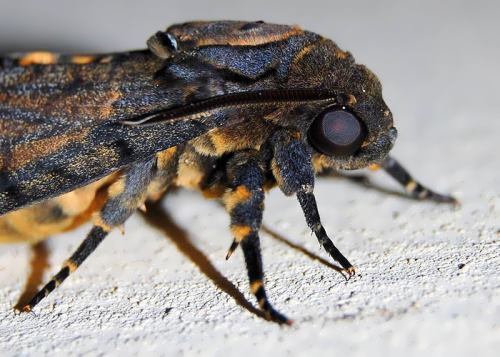 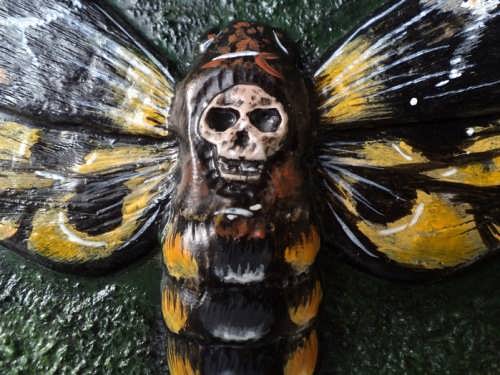 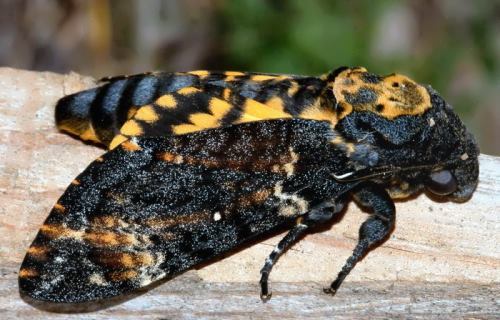 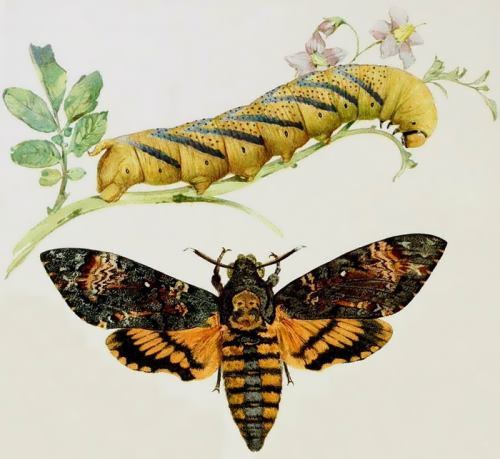 Totenkopf and its caterpillar 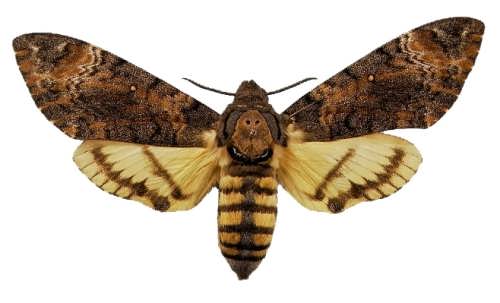 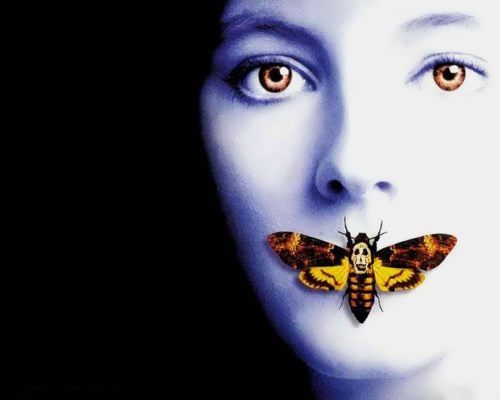 The Silence of the Lambs poster