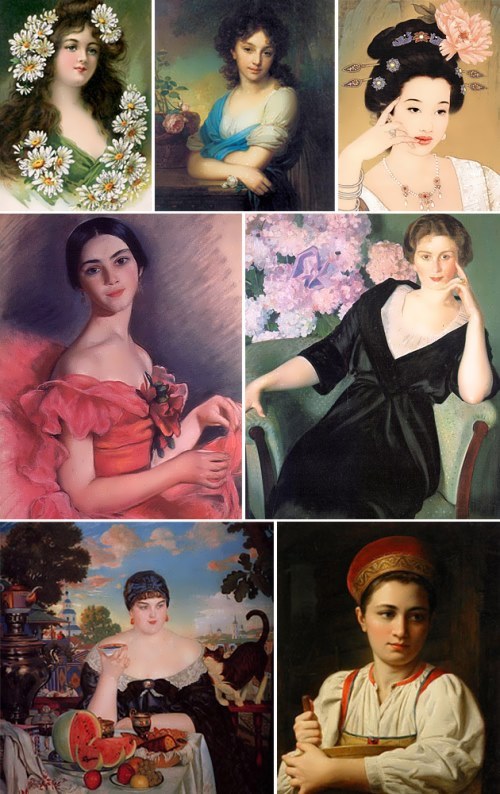 Beauty is a vital and central element of human experience. Poets praise it, artists strive to capture it in their works, moralists warn against its deceiving influence, scientists seek to uncover its secrets, and philosophers reflect on its illusive nature.
Classical Western philosophy has regarded beauty as one of the three fundamental concepts of human understanding: truth (and falsehood), good (and evil), beauty (and ugliness).
In the sixteenth century Elizabeth I (1533 – 1603) took only four baths a year! Mary Queen of Scots chose to bathe in wine. Milk was recommended for a pale skin. In the next century water was still considered unhealthy and wife of Samuel Pepys (1633 – 1703) preferred to wash her face in puppy’s urine.

In the 16th century the idea was to look as pale as possible. Only peasants who worked on the land had tanned skins. Aristocrats including Elizabeth I covered their faces with chalky powders to make them look very pale. Unfortunately, these powders often contained lead and if it got into your mouth you would be pale … .and dead.
However, nothing has ever compared to the two-meter high wigs of the 1770s that were held up with a wire frame and smoothed in place with pig fat.
In Britain in those days, women shaved their eyebrows.
The Georgians developed the corset to make the waist smaller, push out the chest and straighten the back- completely ignoring the damage to their health.
In 1770, the British government passed a law that said that a woman who tricked her husband with make-up was as bad as a witch. If he married her and found that she was ugly underneath all the powder and paint, then he could be «unmarried» any time he wanted. 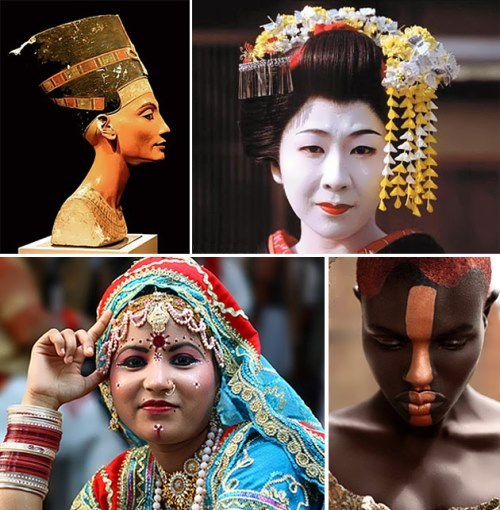 Interesting facts about beauty
– The International day of beauty is on September 9.
– The most unusual beauty contest was held in the UAE. They chose the most beautiful camel.
– According to Maya people, strabismus was an indisputable sign of beauty.
– Women in Padaung tribe lengthen their neck with the help of rings made of brass to become more beautiful.
– In the East, until the mid XX century, black teeth were considered a bright sign of feminine beauty.
– In 1932, Max Factor released first nail polish.
– In the XVIII century French women shaved off their own eyebrows, and instead of them glued artificial, made of mouse fur.
– In one of the African tribes the most beautiful girls were given to the lions as part of the ritual. 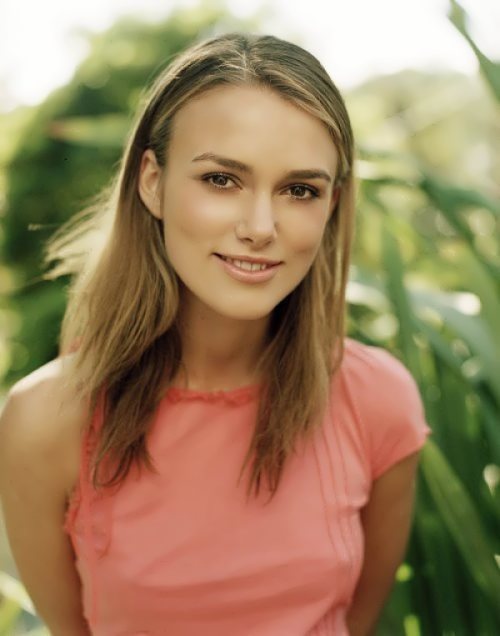 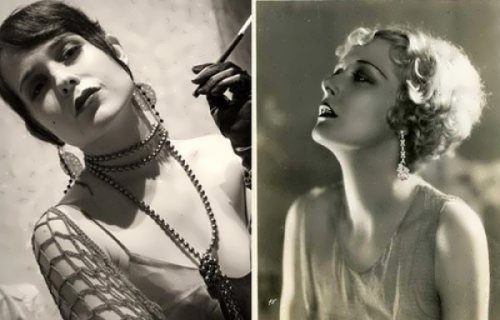 Socialite of the XX century 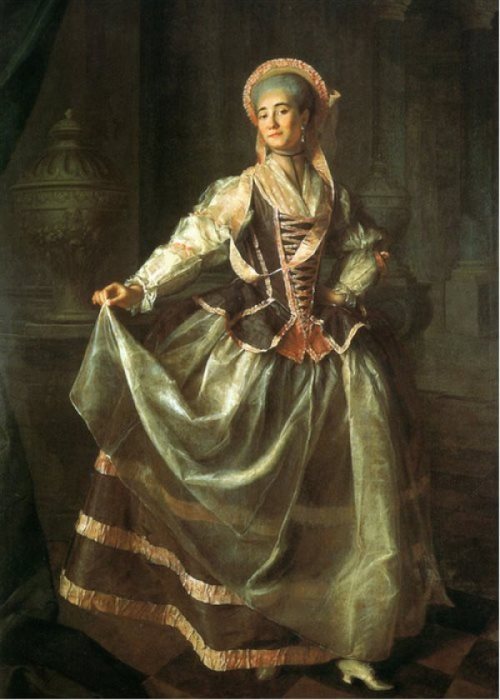 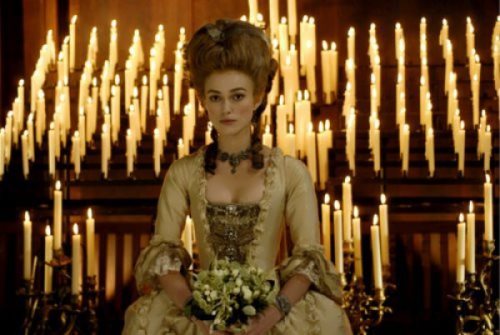 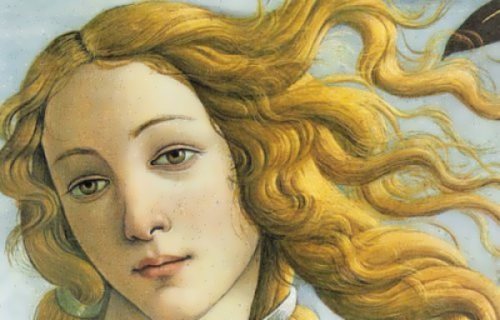 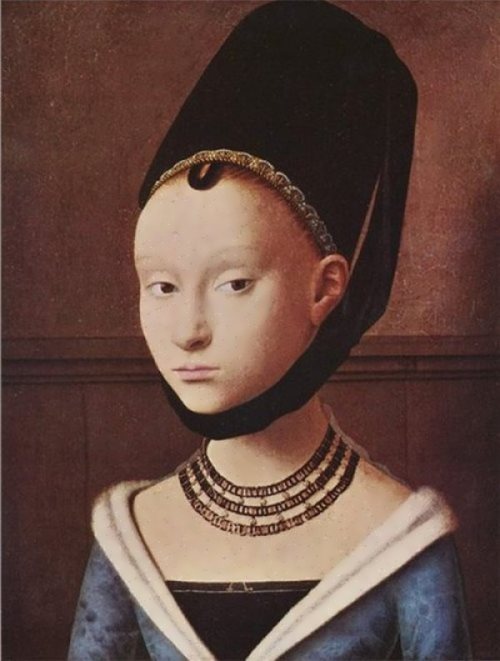 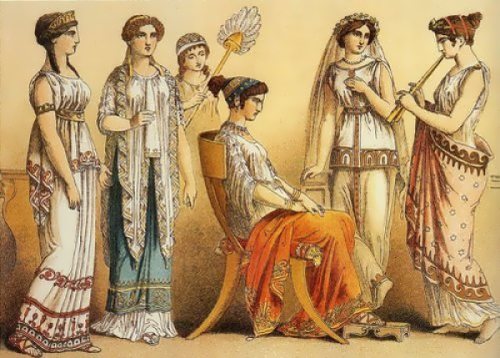 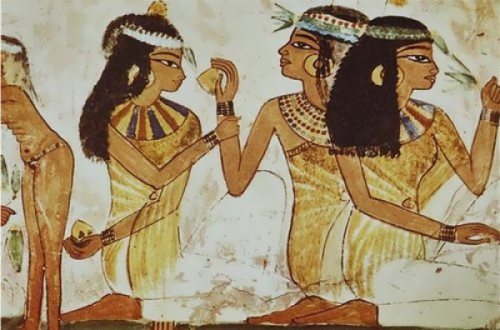 Beauty will save the world