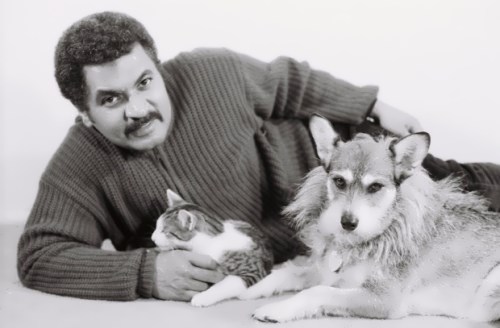 Ginny was a dog that had saved the hundreds of homeless cats. She was found in an abandoned house. Ginny was locked in a closet with her three puppies with no food or water for about a week. Fortunately, they were rescued.
In 1990, as a result of an accident at work, Philip Gonzalez became disabled. The man was depressed and his neighbor, Sheila Harris, persuaded him to adopt a dog to lift his spirits. They went to shelter together. Philip wanted a big dog – a Doberman or Rottweiler. But at that time there were no big dogs there. A shelter worker offered to look at a Schnauzer/Siberian-Husky mix. When Philip came to the dog, she began licking his hands. At first he wasn’t impressed at all but Sheila advised to take the dog for a walk. After the walk Philip adopted her from the shelter and named Ginny. Philip was actually her first rescue.

Three days later the owner and his pet went for a walk. The dog saw the cat and ran to it. Philip was afraid that they began fighting but … the dog and the cat started to play! And when they came home, Ginny wanted to return to her newly made feline friend. So their cat rescue story began. The dog played with cats and he fed them. As a result, there were about 50 cats walking with Ginny. Cats showed no fear or aggression toward her.
Philip decided to adopt a cat. They came to the same shelter. There were more than 80 cats and Philip thought that they had to spend a lot of time choosing the cat. But Ginny had her own opinion. She ran to the cage with a white kitten. Philip took him home. Two days later, he understood why the dog chose him. The cat was deaf.
A week later, they came to the shelter again and brought food for animals. Ginny, without thinking twice, ran to the cage with a one-eyed cat. Philip shrugged and took it home.
Then, during one of their visits to the vet, Ginny found a cat with a rope around its neck. The vet offered to euthanize it because the animal was wild and its paws were frostbitten. However, Philip did not agree and took it home. 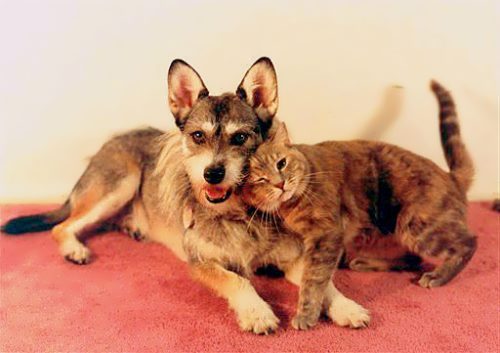 The Dog Who Rescues Cats

Philip realized that his dog was a special one. Ginny saved only those who had no chance to survive on their own – helpless kittens, ill and injured cats.
In 1998, she was named Cat of the Year by the Westchester Feline Club in homage to her lifelong heroism.
Philip wrote two books about her: The Dog Who Rescues Cats: True Story of Ginny (1995) and The Blessing of the Animals: True Stories of Ginny, the Dog Who Rescues Cats (1996).
She is one of the most extraordinary animals. The dog dedicated her own life to rescuing the animals she loved.
The wonderful dog died on August 25, 2005 at the age of 17.
Adopt a shelter animal today – they are truly miracles. 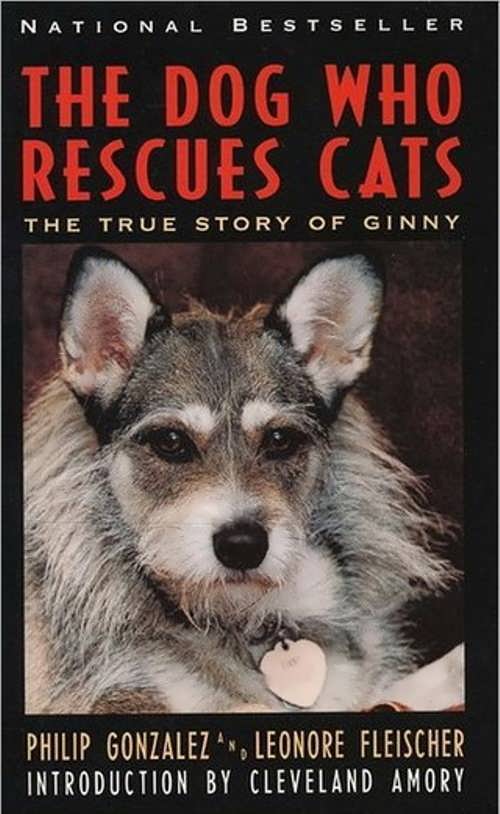 The Dog Who Rescues Cats 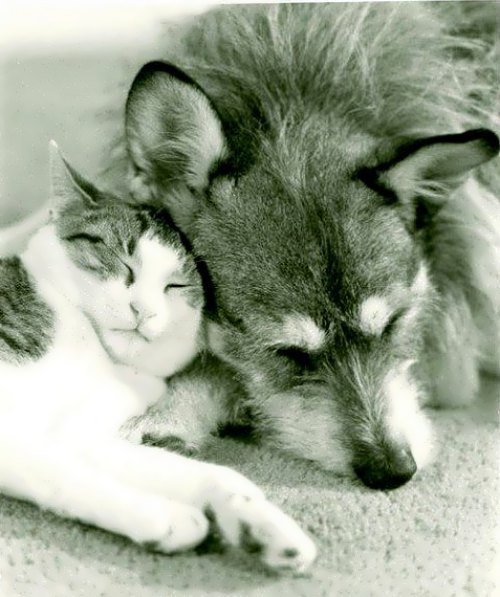 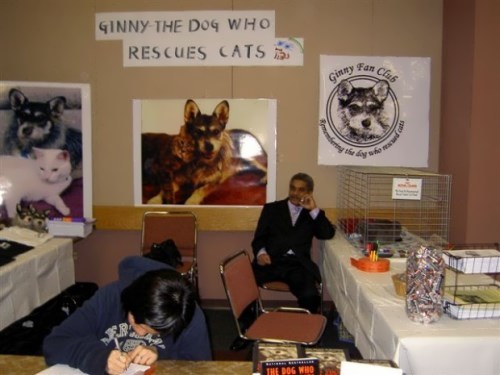 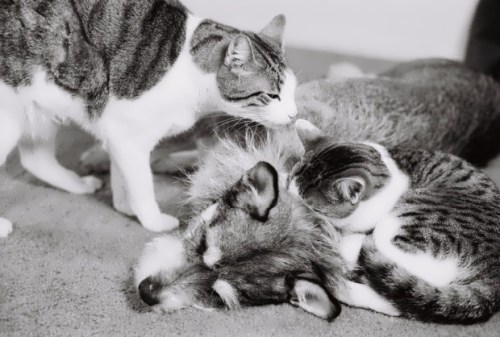