The term elk refers to different animals in different parts of the world. In Europe it is used for the mammal known in North America as the moose. The American elk is more properly named the wapiti. They live in Canada, Alaska, the Rocky Mountain region of the United States, and in the northern forests of Europe and Asia. They like to be near rivers, ponds, and lakes.
Moose are the largest animals in the deer family, weighing as much as 800 kg and standing as tall as about 2 m. They have a long and large head, long legs, a short neck and tail. They are good swimmers.

The antlers of moose only develop on male animals and can be very large and wide (up to 2m). Each year, a male will lose and then regrow its antlers. As the antlers grow, they are covered with a protective skin, called velvet. The velvet eventually rubs off.
They eat water plants, grasses, herbs, twigs, and bark. The elk can eat up to 50 kilograms of food a time.
The moose are extremely aggressive during their rut, and at this time they are dangerous to humans.
The calves are born one or two at a time and they are capable of standing and moving about with their mother soon after birth.
The moose can live for as many as 25 years.
These animals are hunted for sport and as a source of wild meat and tough hides. 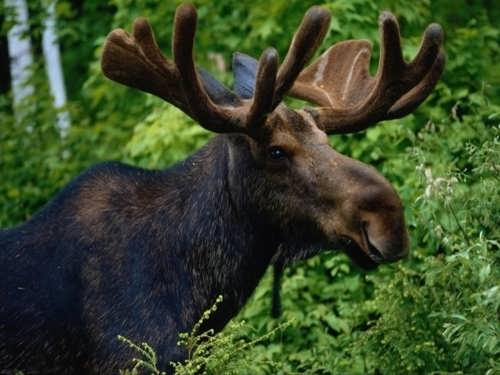 Interesting facts
– Moose can reach speed of up to 56 kilometers per hour.
– They can swim at speed of up to 10 kilometers per hour, not bad for a creature with four legs. Moose can even dive and hold their breath for up to 30 seconds.
– Males drop their antlers after the mating season in order to save energy for the winter. In the spring, it will grow a new pair of antlers, which require 3-5 months to fully develop. Antlers are the fastest growing organ.
– Elk has extremely sensitive noses. Wolves sometimes bite its nose. Severe pain paralyzes the elk, and it cannot resist the predator.
– Farmers in Finland cover the horns of deer and moose with reflective paint. The thing is that on the roads, animals often become victims of road accidents.
– Elk is the king of the forests. It is a symbol of power, endurance and dignity. Elk is also the personification of the ability to sweep away barriers on its way. 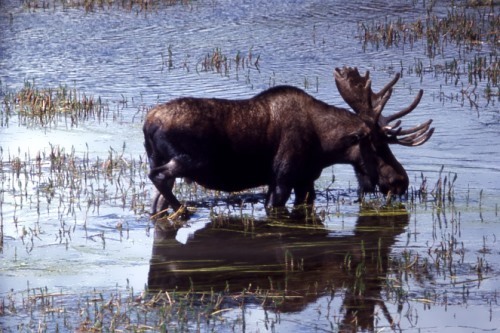 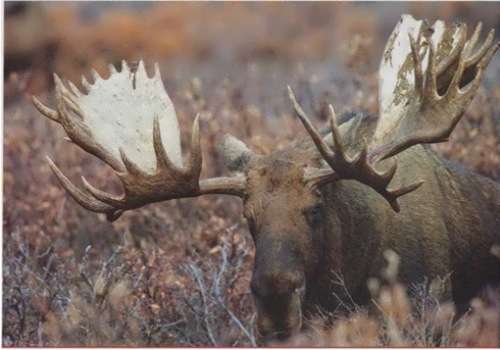 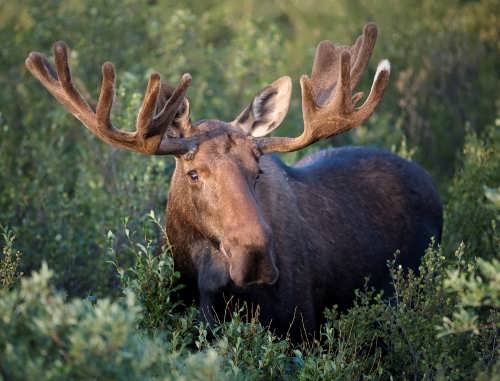 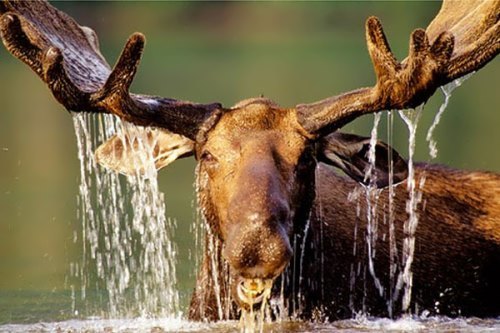 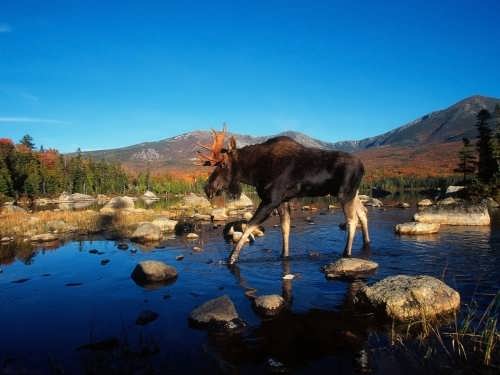 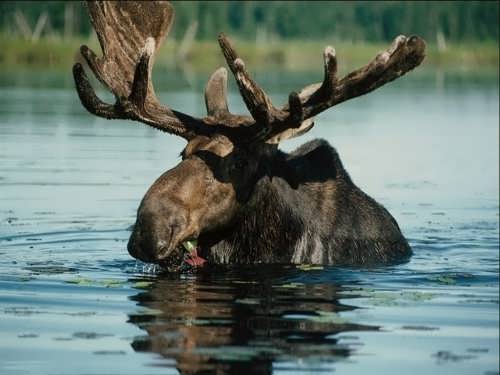 Elk in the river 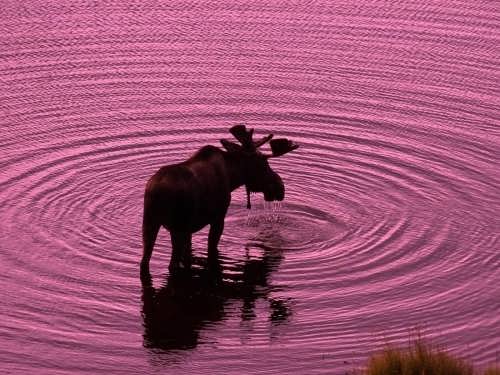 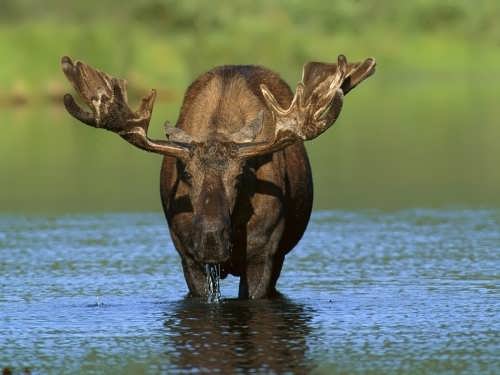 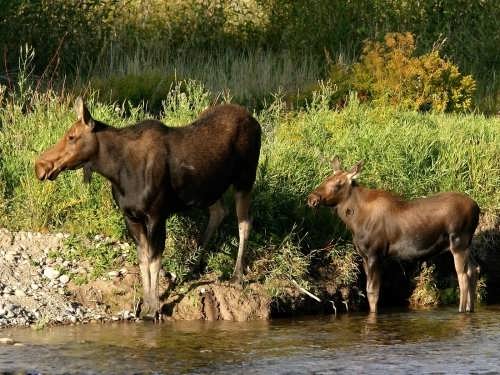 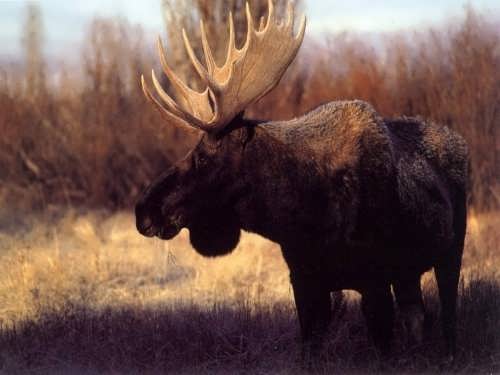 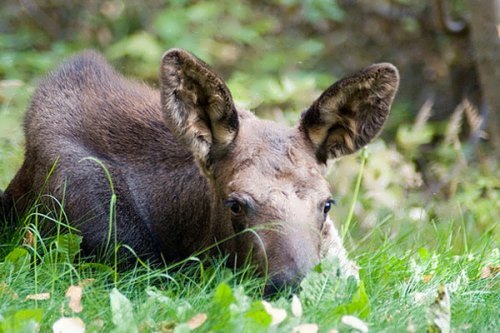 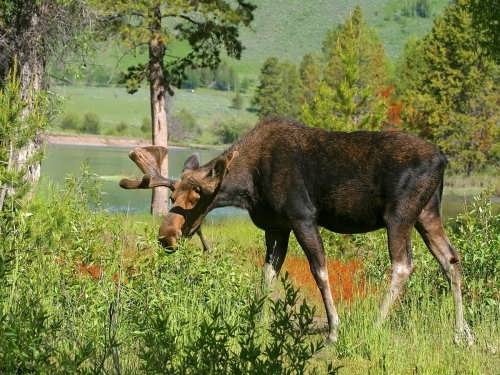 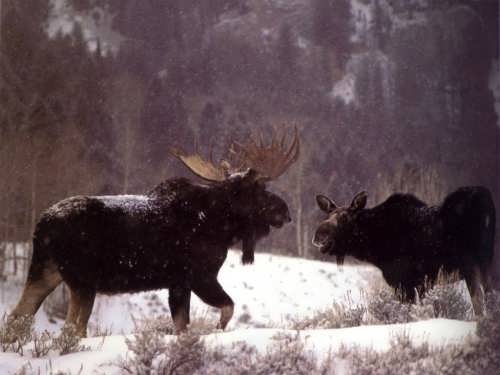 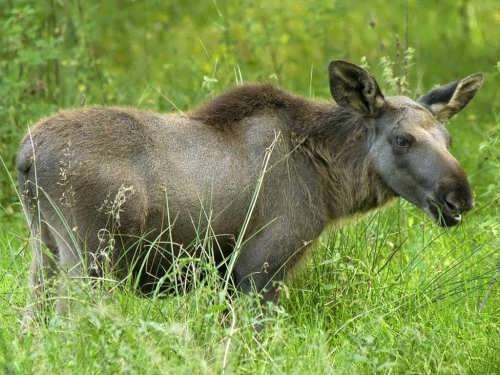 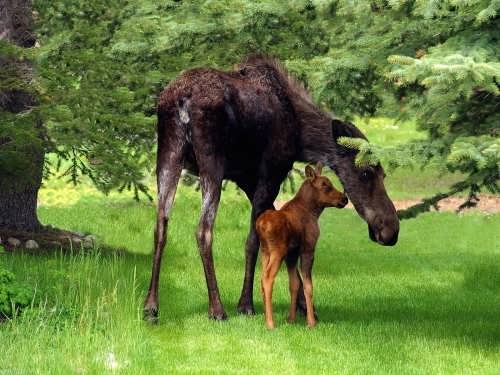 Mother and its calf 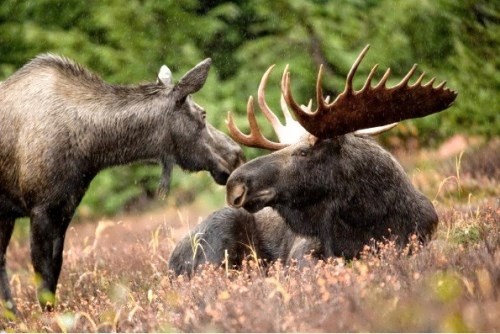 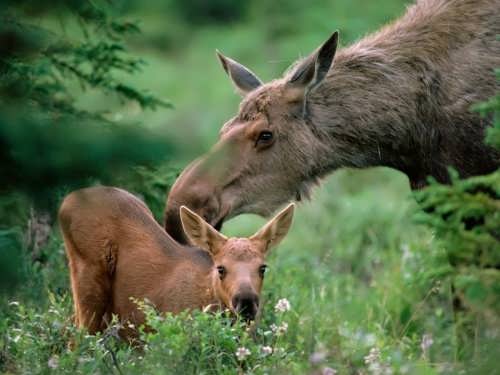 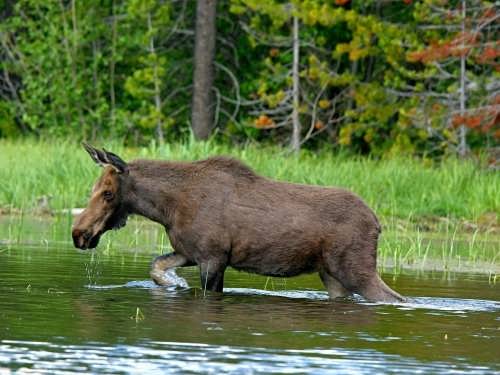 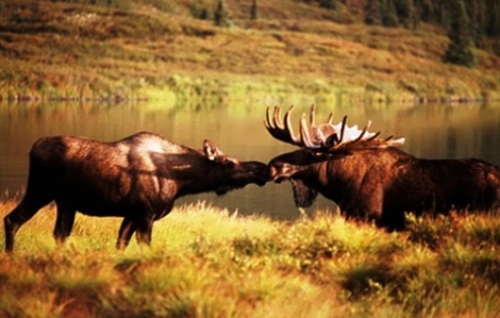 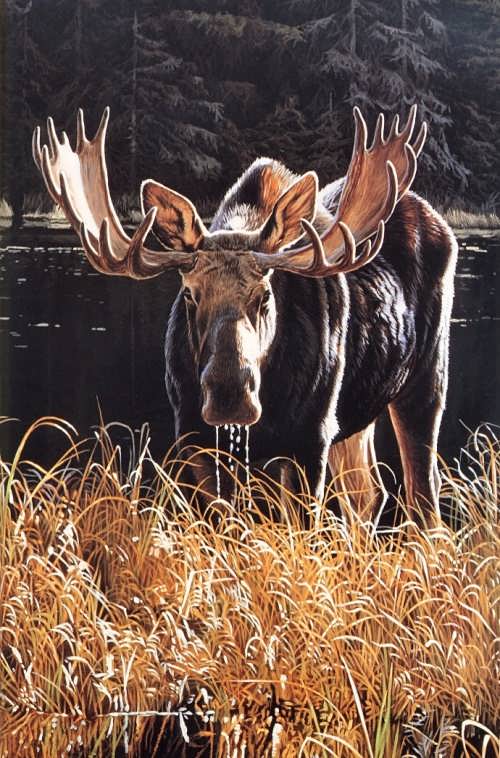 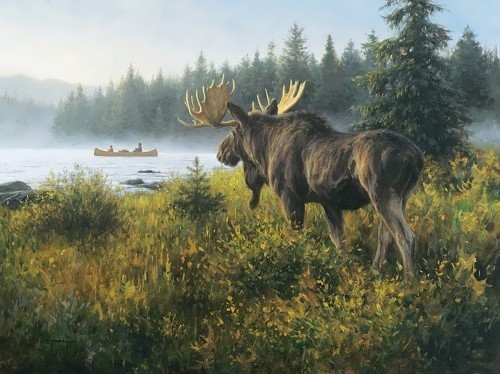 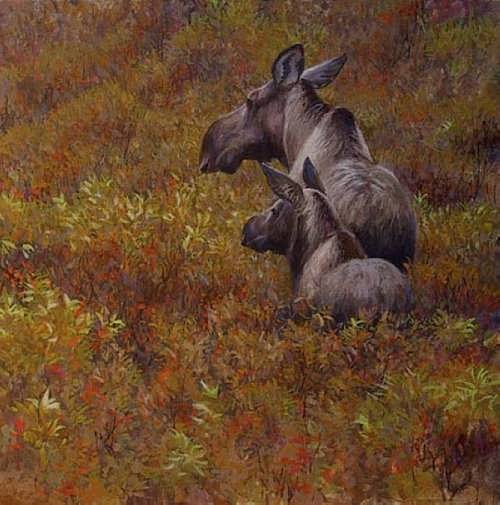 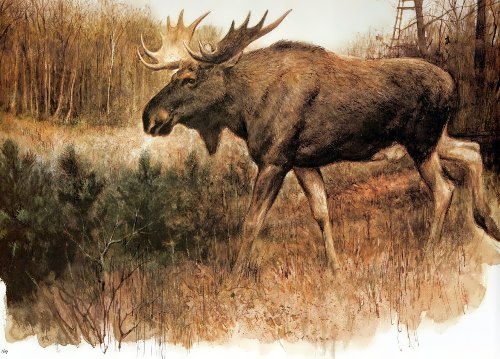 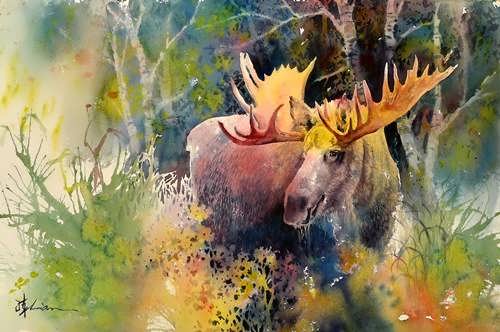 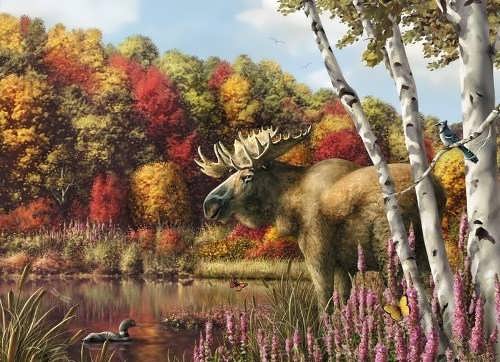 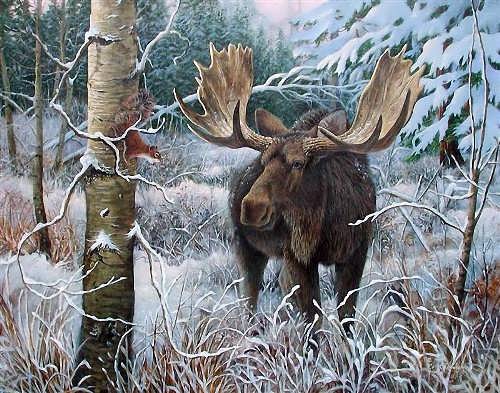