On May 31, 2003 Russian President Vladimir Putin and German Chancellor Gerhard Schroeder opened a new Amber Room in Tsarskoye Selo near St. Petersburg. It took 25 years, over 6 tons of amber and several million dollars to recreate a masterpiece. The new Amber Room appeared in the same room where it was more than 230 years ago.
Amber is a stone of organic origin and becomes too fragile because of temperature changes. Nevertheless, jewelers have always valued this semiprecious stone for compliance in processing. It was found on the coast of the Baltic Sea, especially near Prussian Königsberg.

The idea to create an amber room from this stone belonged to the German jeweler Andreas Schlüter, and he reported about it to Prussian king Friedrich I. Schlüter had promised to create a room filled with golden light. This was in 1701. The best craftsmen were invited. The work lasted almost 12 years, and as a result, 22 carved panels for a room with a total area of 70 square meters were made.
In 1713, Friedrich Wilhelm I, the son of Friedrich I, was in a hurry to sign a secret treaty with the Russian Tsar Peter I, according to which he could easily seize Pomerania. Peter I met with the Prussian king and signed the contract. Friedrich Wilhelm offered Peter to accept the Amber Room as a gift. The Russian tsar was pleased with the gift and sent 55 strong Russian grenadiers to the Prussian king.
Amber Cabinet was delivered to St. Petersburg in 1717. However, the boxes remained unpacked for a long time. Peter died in 1725 and in 1741 his daughter Empress Elizabeth Petrovna ascended the throne. She decided to use the forgotten Amber Cabinet for the decoration of one of the chambers in the Winter Palace. At last in 1746 the room began to serve as the room for official receptions. In July 1755, Empress ordered to bring the Amber Room to the Grand Palace in Tsarskoe Selo. By 1770, already with the Russian Empress of German origin Catherine II, the Amber Room received its final look. 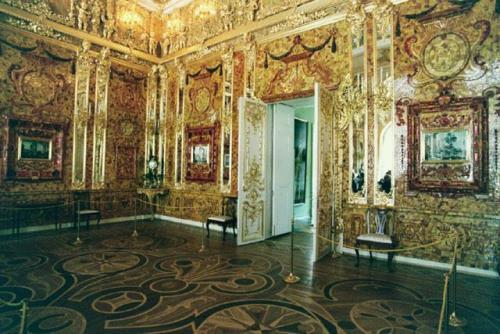 The Amber Room was admired by foreign ambassadors who came to visit it, it was called “the eighth wonder of the world”. But its fate was sad.
Restoration of the room was planned for 1941. But already in the first days of the Great Patriotic War the treasures were evacuated. Panels of the Amber Room were not removed from the walls, they were too fragile, and they were covered with paper and cotton. People hoped that the enemy would be defeated. But on September 20, 1941 the Germans occupied Peterhof. The invaders found the Amber Room, dismantled the panels and sent them to Königsberg. From 1942 to 1944, the panels were on display at the Royal Castle. However, in August 1944 a fire broke out in the castle as a result of a strike by British aviation. Although the panels were not damaged, they were packed in boxes and hidden in basements. In April 1945, the Amber Room disappeared without a trace.
After the war, many expeditions tried to find the Amber Room in Kaliningrad, in Berlin, in the mines of Thuringia, in Bavaria, in the Czech Republic. There were no encouraging results. 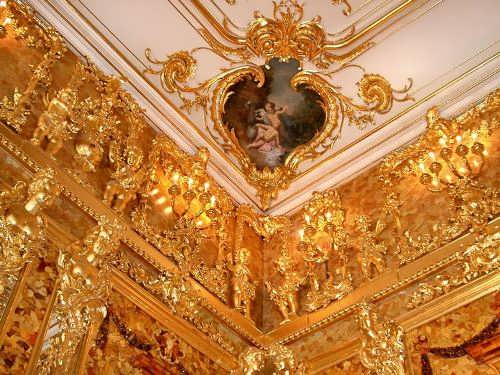 On April 10, 1979, the Council of Ministers of the RSFSR adopted a resolution on the re-creation of the Amber Room in Tsarskoe Selo. Architects and designers restored the Amber Room. The experts say it has become better than it was before.
Hundreds of thousands of tourists annually come to admire the amber miracle. According to experts, the main difference of the new room from the old one is the color. The original amber by 1941 was faded and the decorations of the reconstructed room are poured with a multitude of bright, golden, joyful colors. After a successful reconstruction, the “old” Amber Room was forgotten. Most likely, it is lost to us forever. Perhaps it’s for the better: too many people died because of it, too much blood was spilled on the tarnished amber. 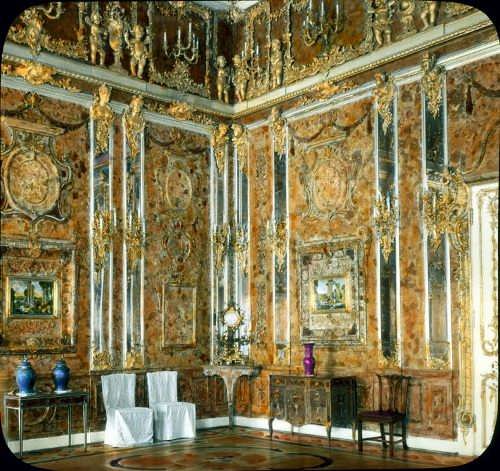 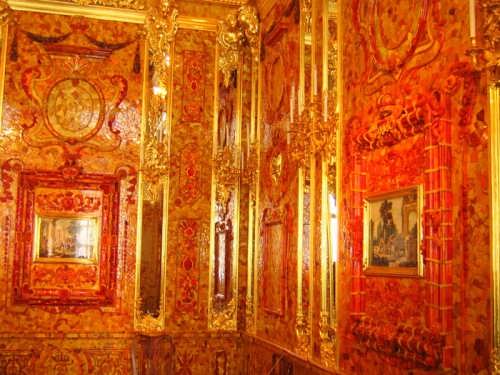 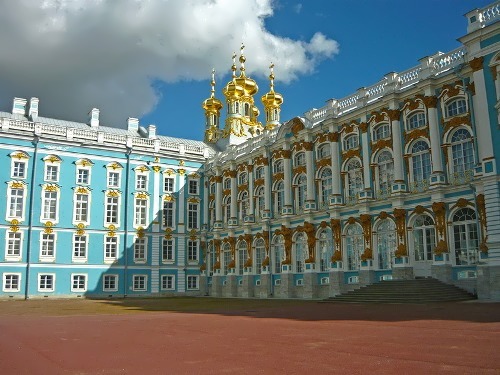 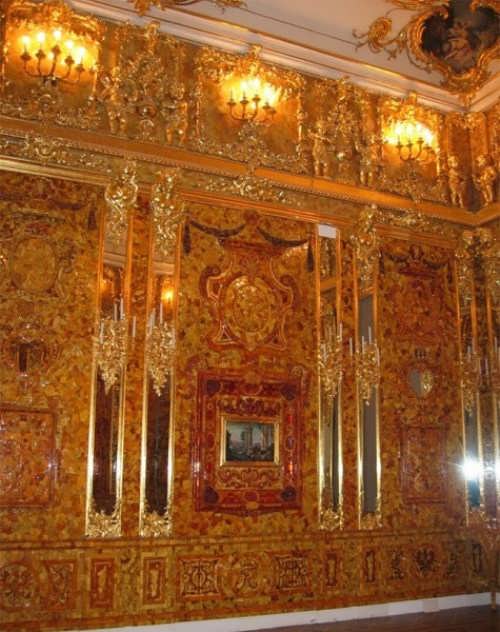 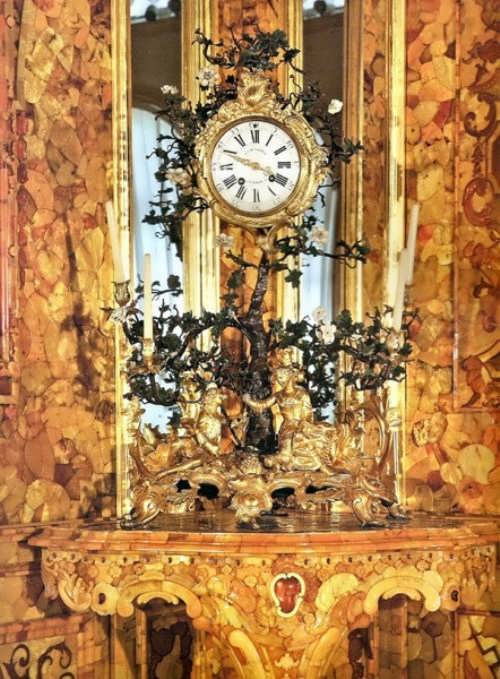 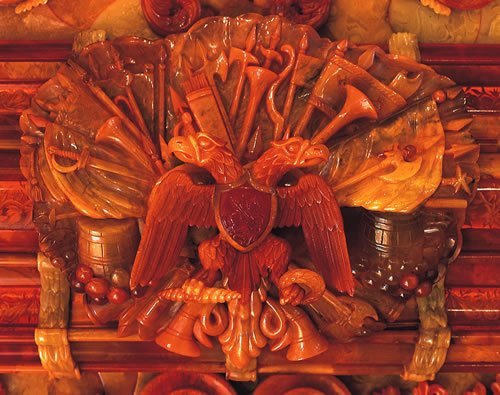 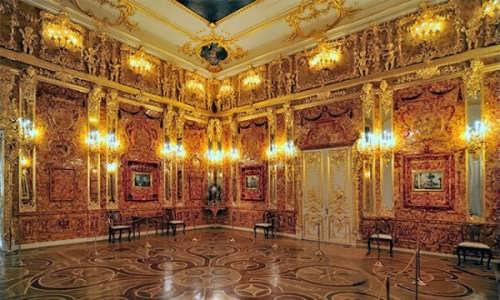 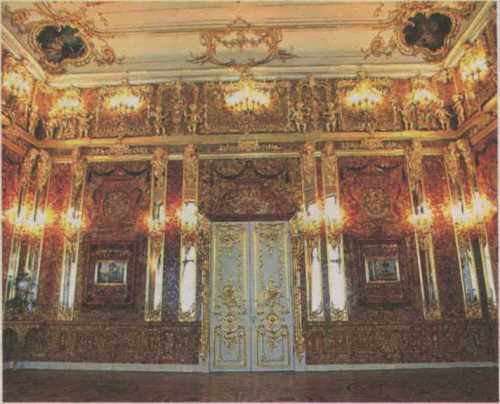 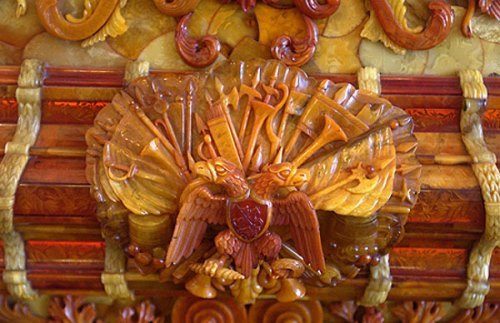 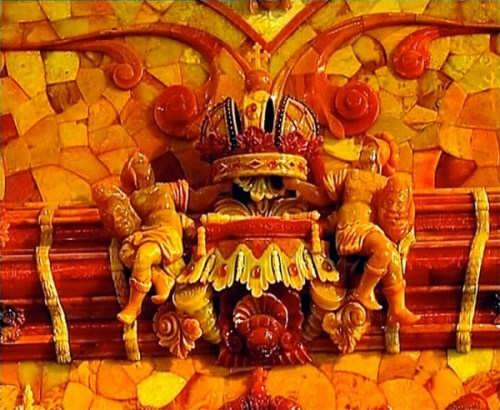 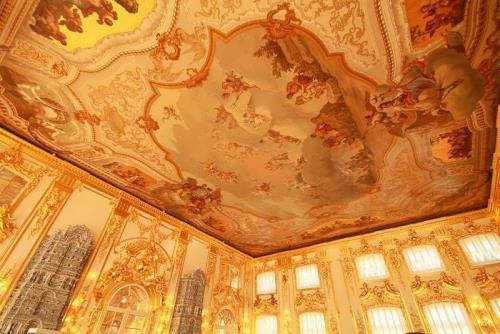 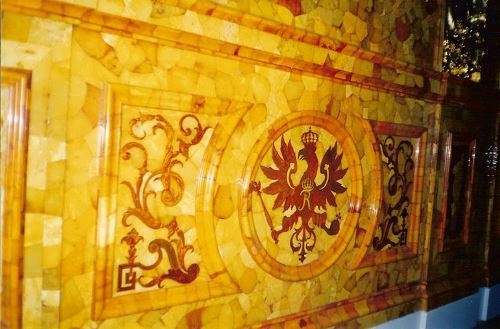 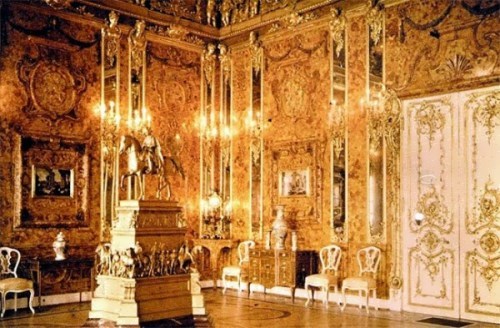 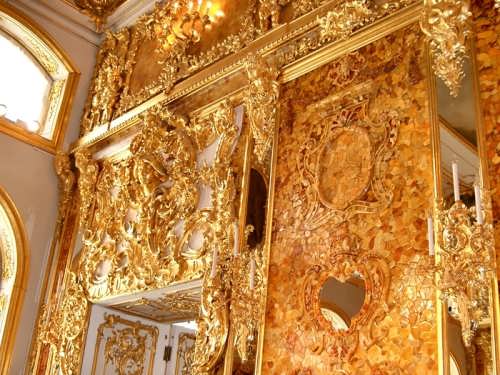 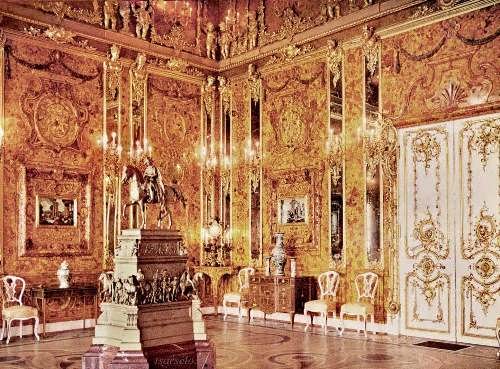 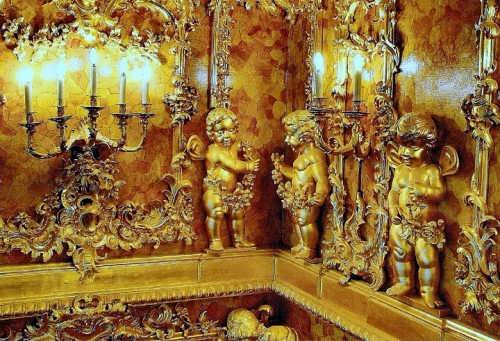 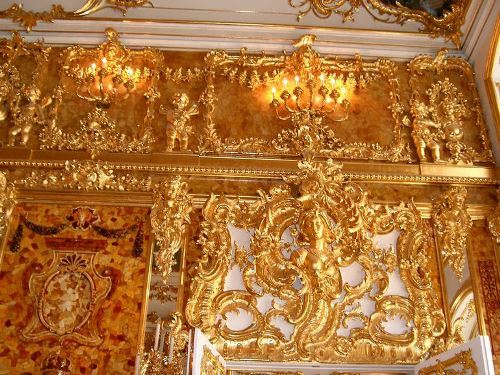 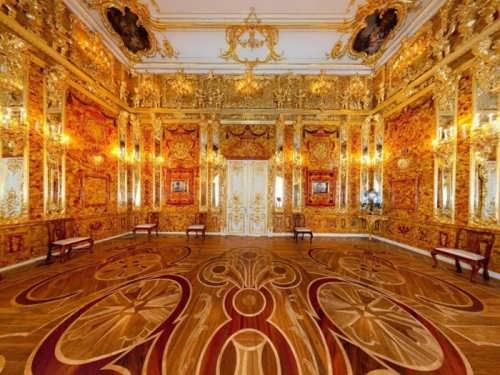 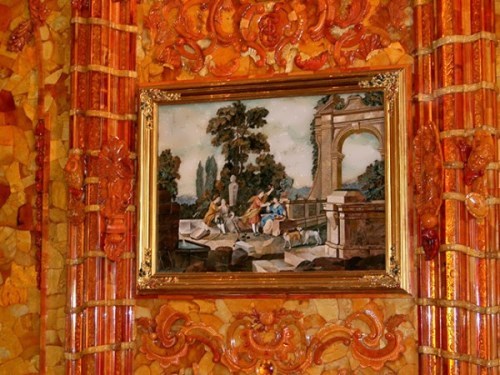