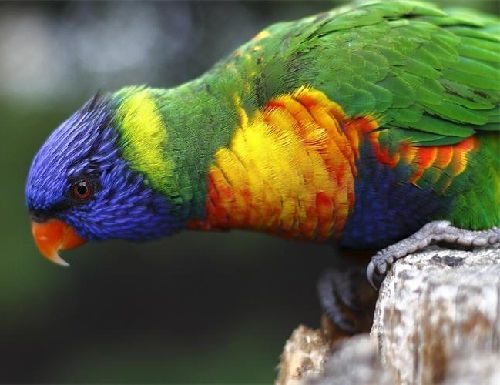 Rainbow Lorikeet image was first published in the Zoological Journal in 1774 by Peter Brown. In the plumage of a parrot are present almost all the main colors of the spectrum. The head of colorful Lorikeet is painted dark blue (almost purple) color, back collar is greenish-yellow, its wings, back and long tail are dark green. Its chest is red with blue and black stripes, belly is green, feet and undertail feathers are yellow with stripes of dark green color. Its feet are dark gray, and hooked beak is red with a yellow tip. The bird’s eyes are red. Rainbow Lorikeet can reach a length of 25-30 cm and a wingspan of 17 cm and their weight ranges from 75-175 grams. Males and females are virtually indistinguishable, but female iris is orange, and males’ is bright red. The young parrots which have not reached puberty, have shorter tail, orange-beige beak and brown eyes.

Rainbow Lorikeet is one of the most beautiful and recognizable parrots, common on the east coast of Australia, in the north-western part of Tasmania, the islands of eastern Indonesia, Papua New Guinea, the Solomon Islands and Vanuatu islands. The colorful bird prefers to settle in the rain and eucalyptus forests, mangrove groves, plantations of coconut palms. Sometimes they can be found in the vicinity of cities. There are 21 species of parrots of this species, their names are sometimes directly related to the features of color and habitat.
Because of the beautiful colors Rainbow Lorikeets are kept in captivity more often than other parrots. In 1868, these parrots were brought to European zoos and nature lovers. Rainbow Lorikeet lives up to 20 years.
In Australia, you can meet Rainbow Lorikeet on the streets. Such resettlement caused by the reduction of the territory of their natural habitat. Parrots of this species – one of the national symbols of Australia. By the way, One of my Australian friends said – I hate them because they make these annoying “squeaking” sounds. It’s like fingernails on chalk. Ruins my day when I hear them.
source of images: https://new.vk.com/birdslovers 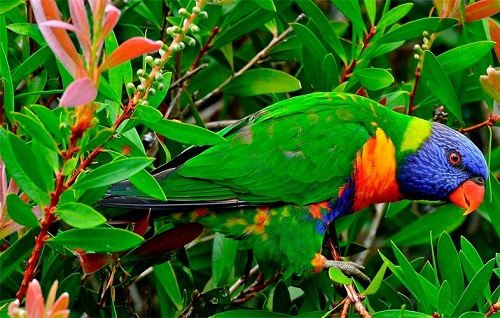 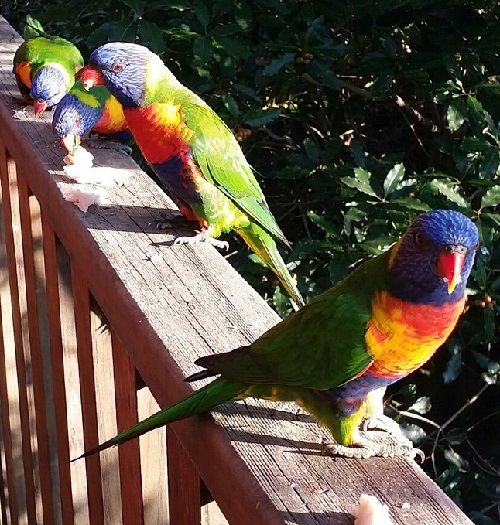 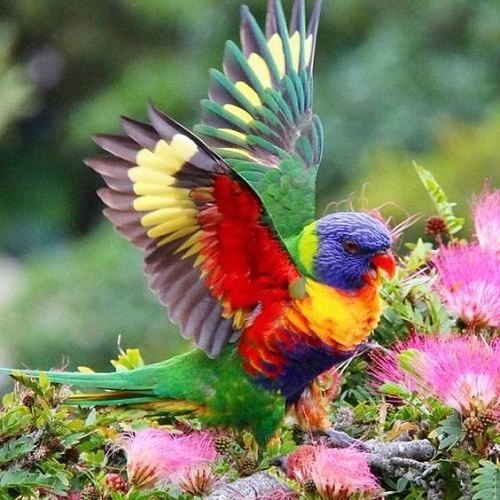 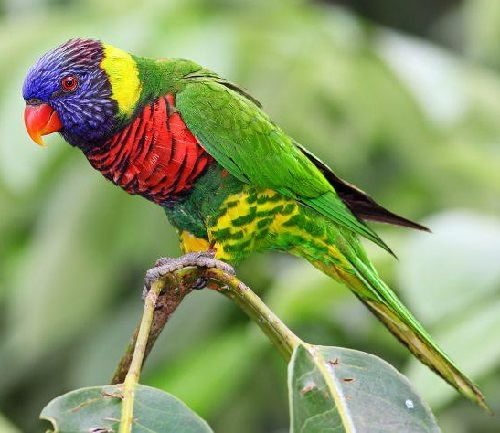 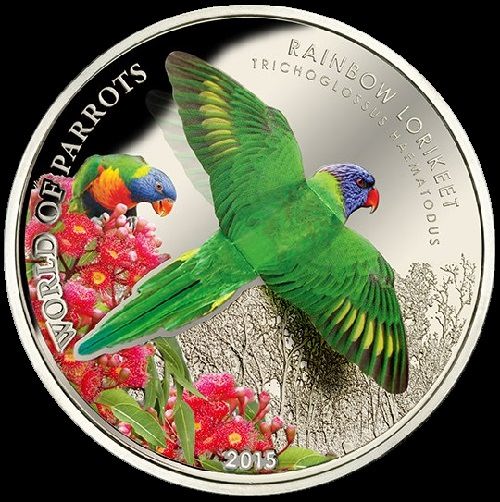 Five-dollar coin with a 3D-Rainbow lorikeet 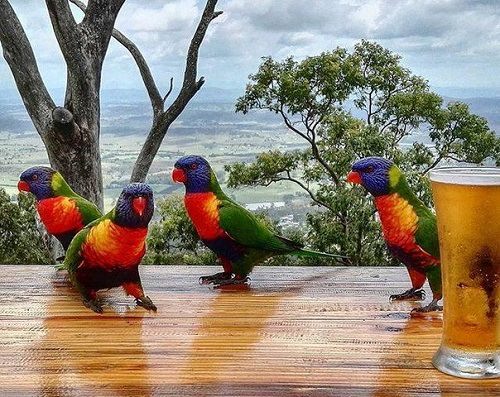 In Australia, you can meet Rainbow Lorikeet on the streets. Such resettlement caused by the reduction of the territory of their natural habitat 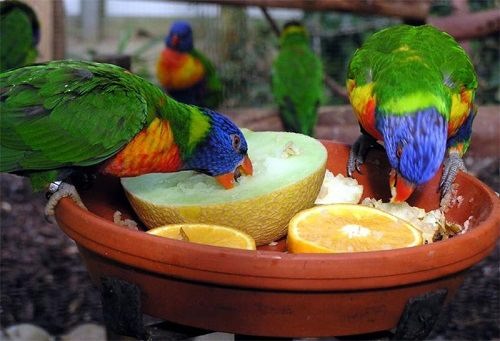 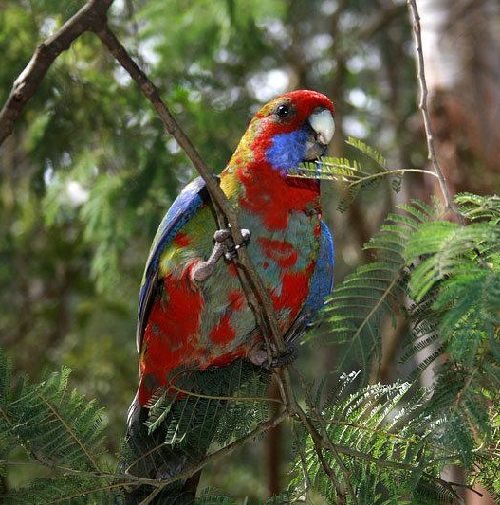 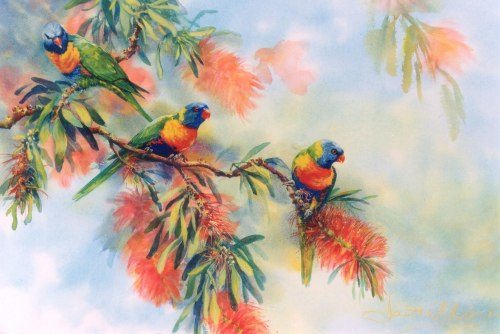