Crows are large birds with shiny black feathers. They often live together in large families. They are known for their loud voices and their intelligence. Pet crows have even learned to imitate human speech. There are more than 20 species of crow. They look much like ravens, their close relatives. They are also related to jays and magpies.
Crows belong to songbirds. However, their calls are typically harsh sounding.
Crows are found nearly all around the world. They live in many different habitats, including forests, grasslands, deserts, steppes, farms, and urban areas. Crows eat a great variety of plants and small animals. Their natural enemies include owls, eagles, and buzzards, and they have had a long-running battle with human beings.

Crows are large to very large birds with tails that are short or medium length. The bill varies in shape from species to species, but is relatively long.
These birds can be black, black and white, black and gray or sooty brown.
The Hawaiian crow, called ’alala in Hawaiian, is a large, dark brown bird with a thick, strong beak. An average adult measures 48 centimeters long. It eats mainly fruit, but also insects, rodents, small lizards, and even some small birds. Rats and mongooses are its main predators. The Hawaiian crow was found throughout the island of Hawaii until the 1930s. In the early 1990s, biologists counted only 11 Hawaiian crows in the wild. 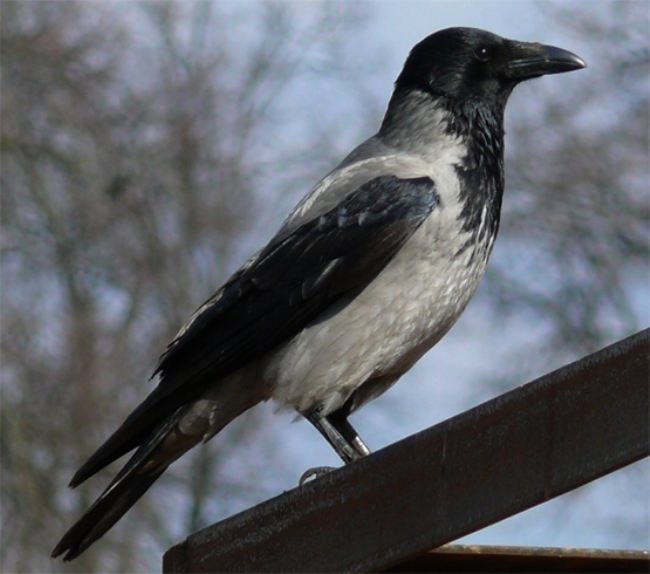 The crows can be friends. If a misfortune happens to a bird, then her friends will come to help. They will take care of a wounded friend, bring him food, until the bird completely recovers.
City crows love games, they are not afraid of dogs and cats. In the forest, birds often play with predators. In winter, people often watch birds riding from the icy mountains and church domes.
Crows remember their offenders; they also transmit information to other birds. 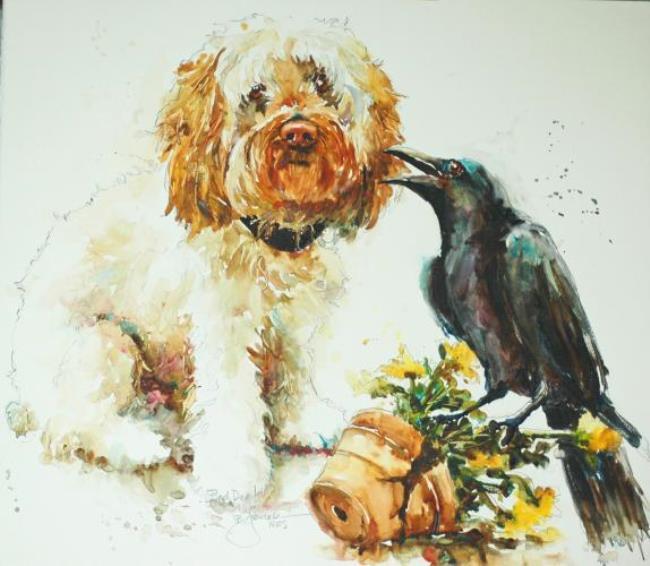 A dog and a crow 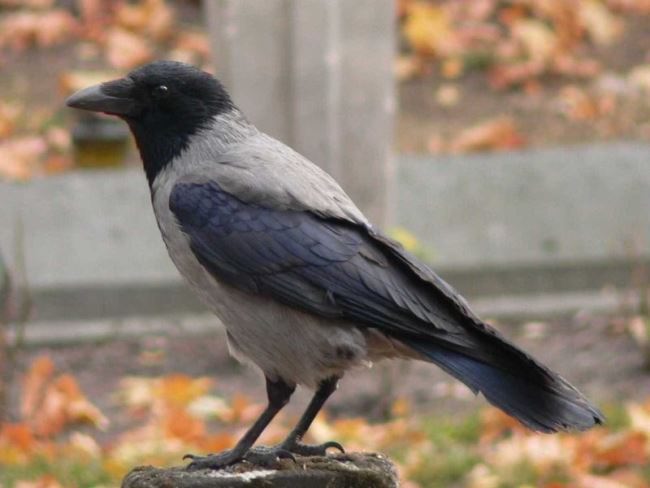 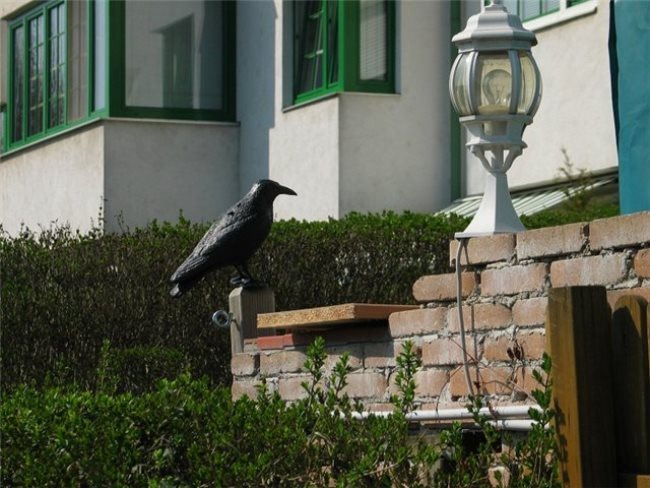 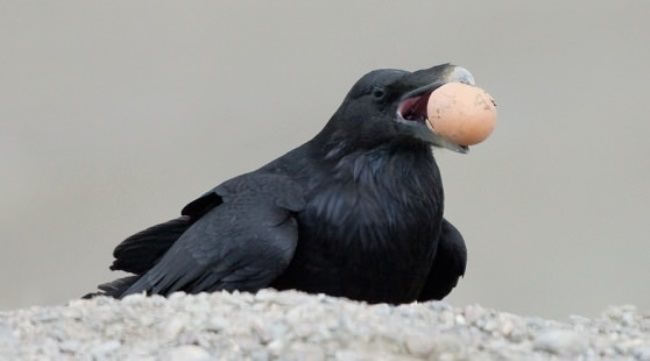 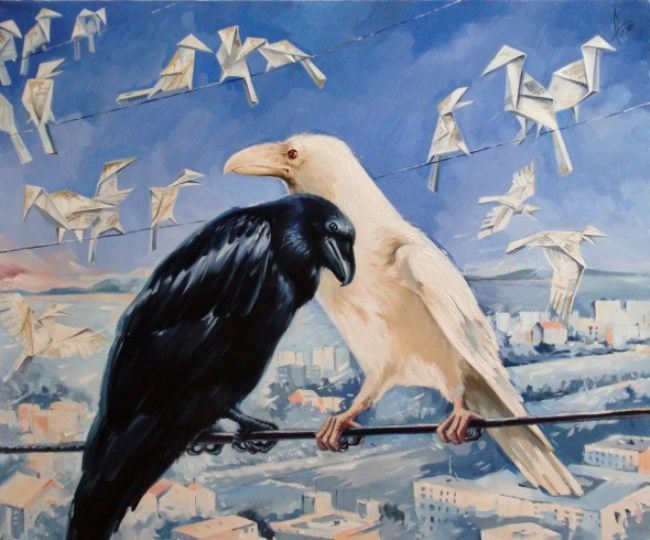 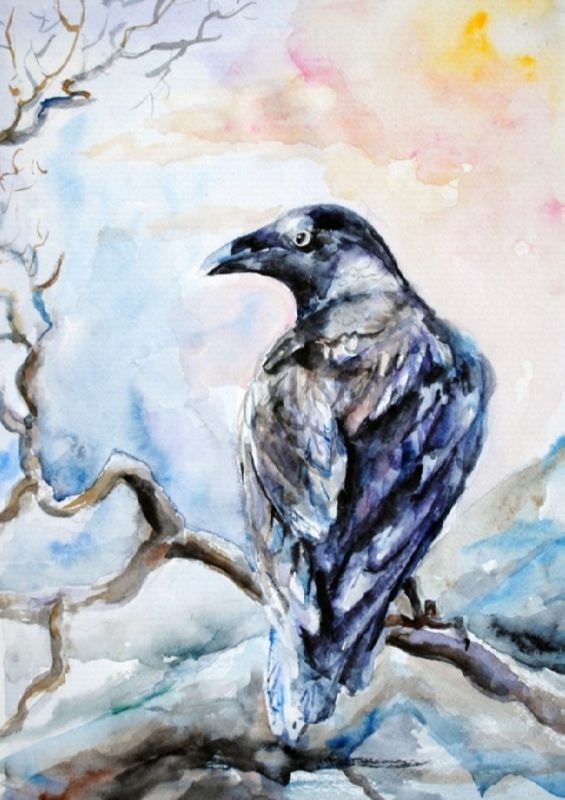 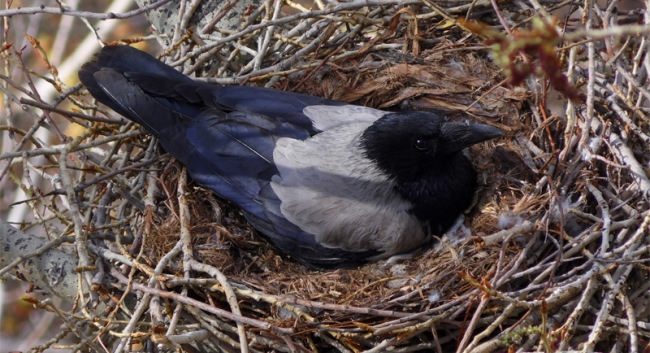 Crow in its nest 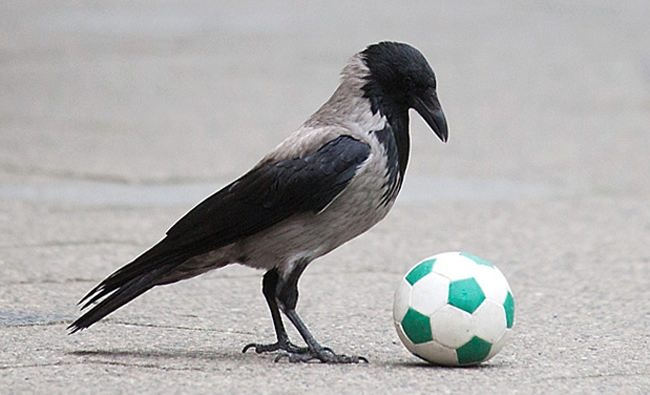 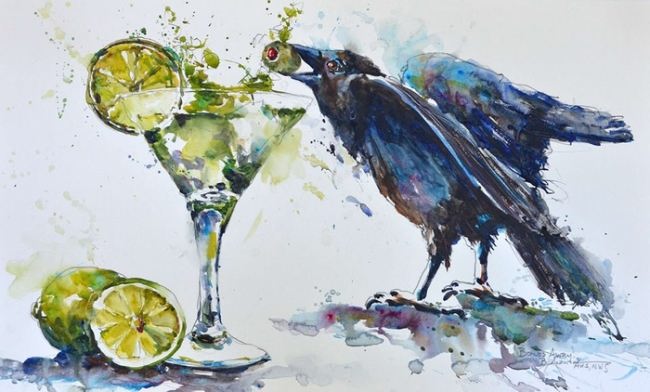 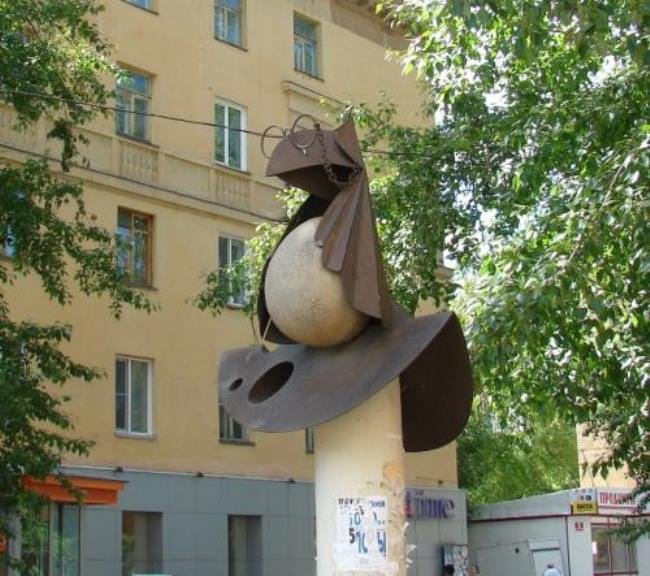 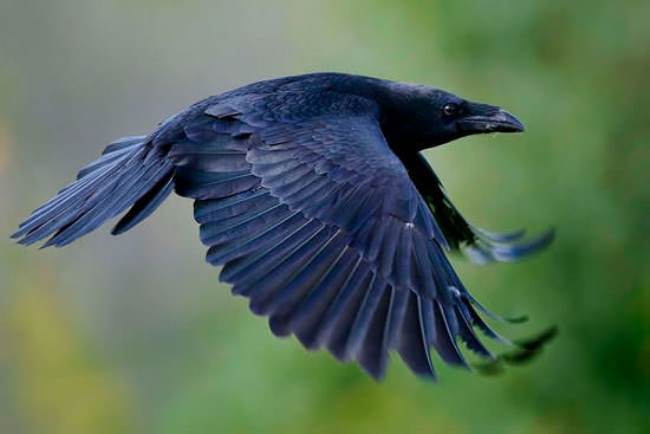 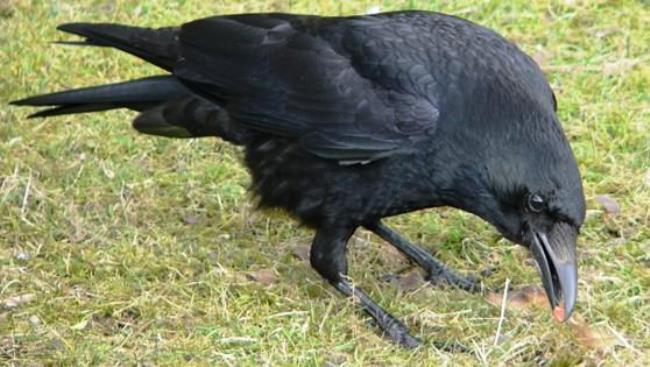 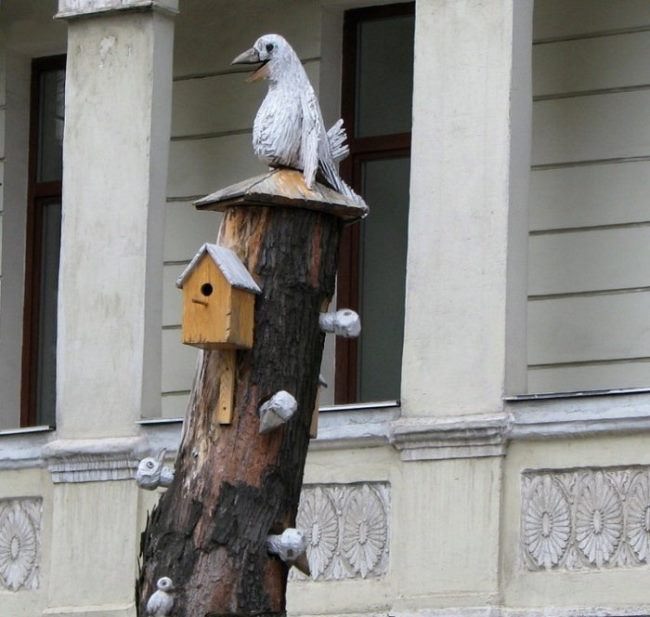 Monument to a crow in Kiev 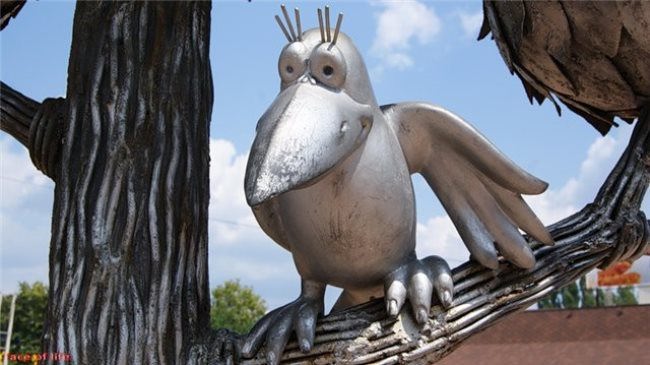 Monument to a crow 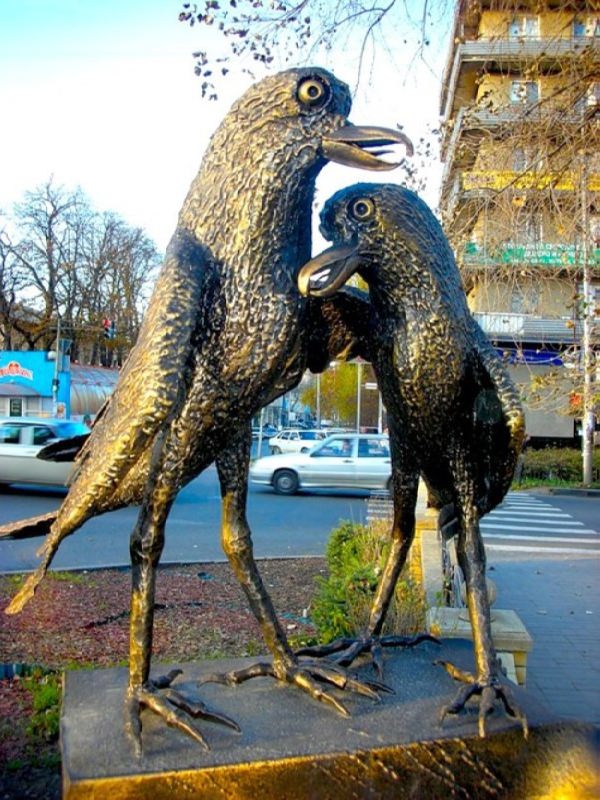 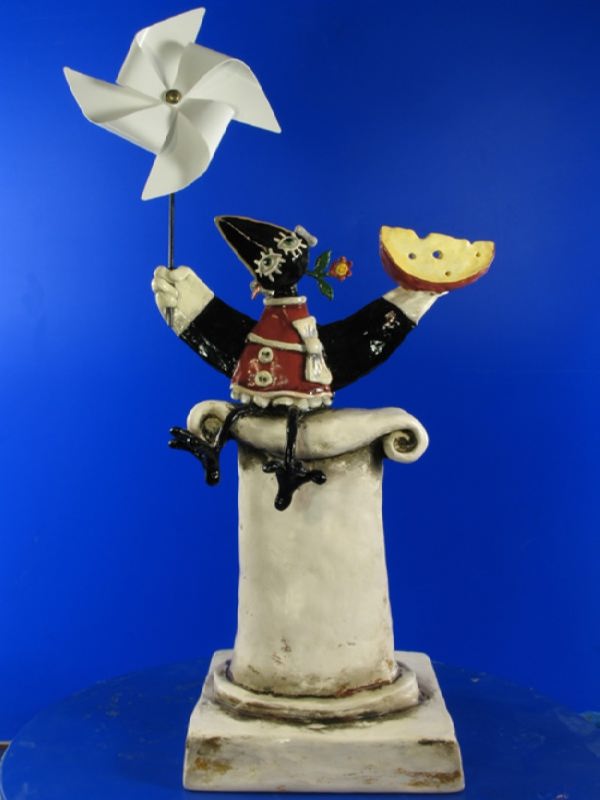 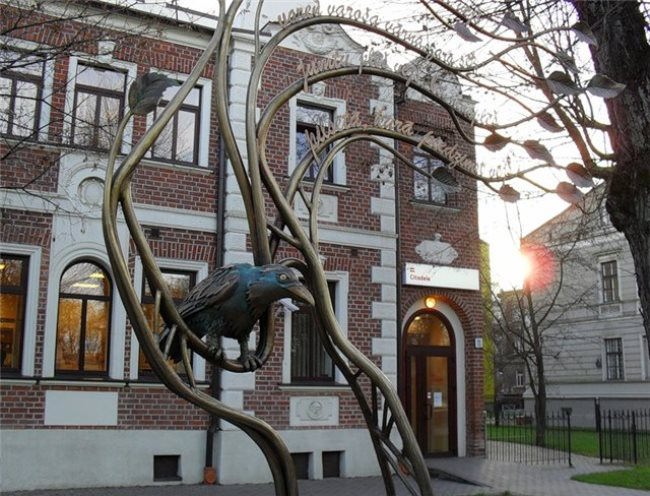 Monument to the ubiquitous crow in Latvia 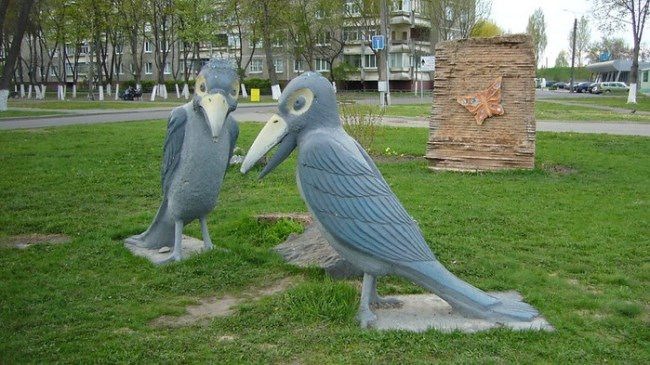 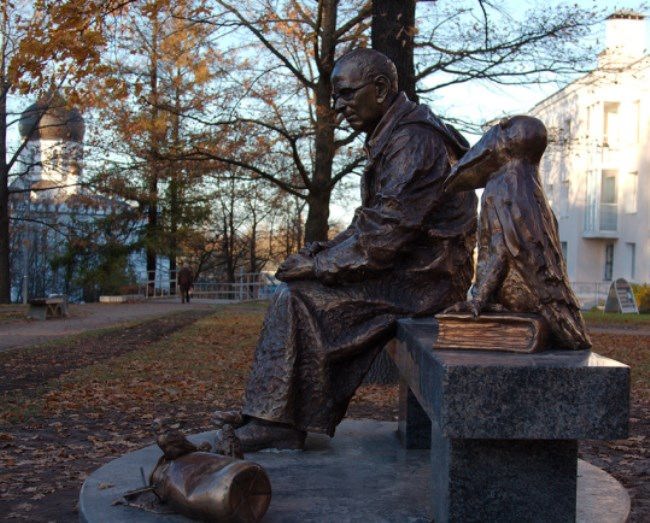 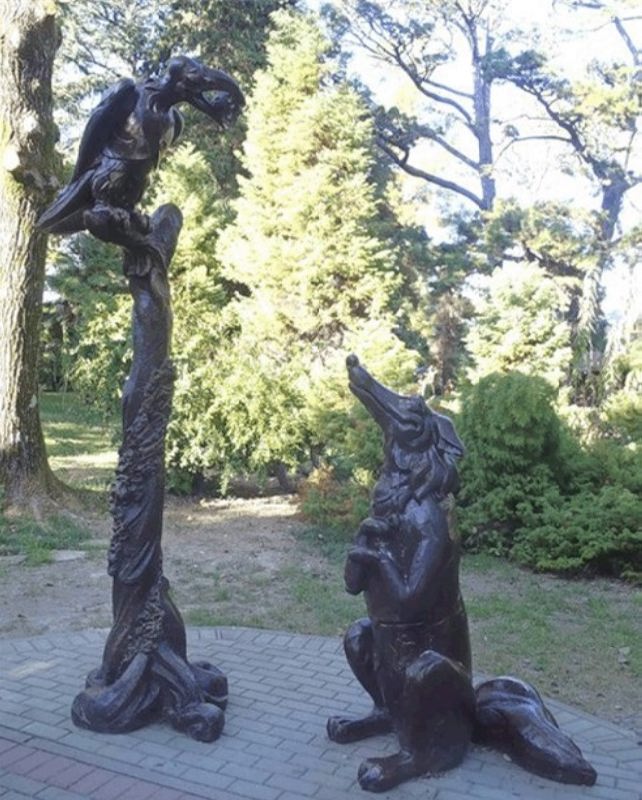 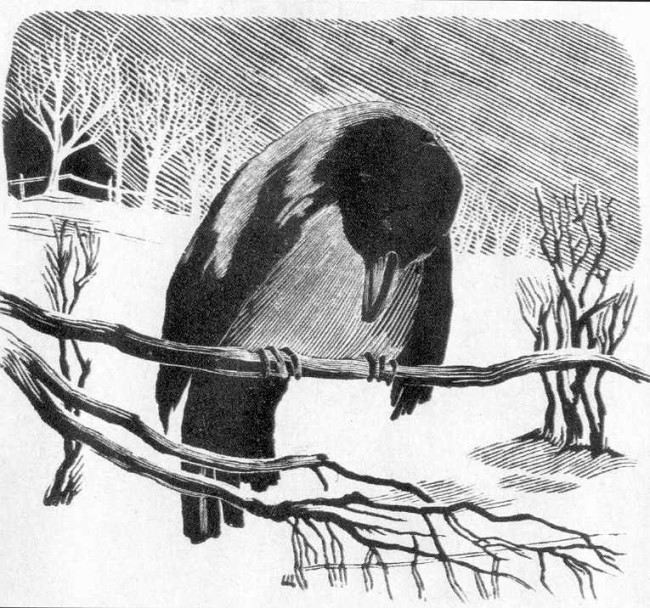 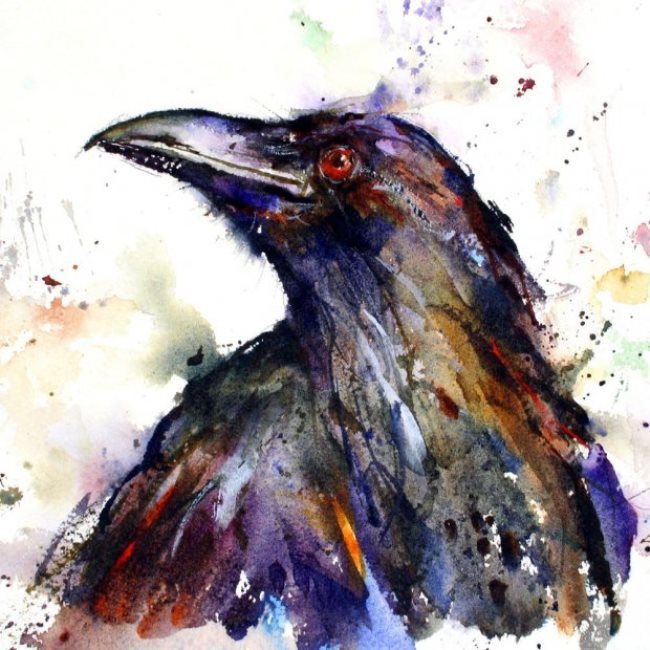 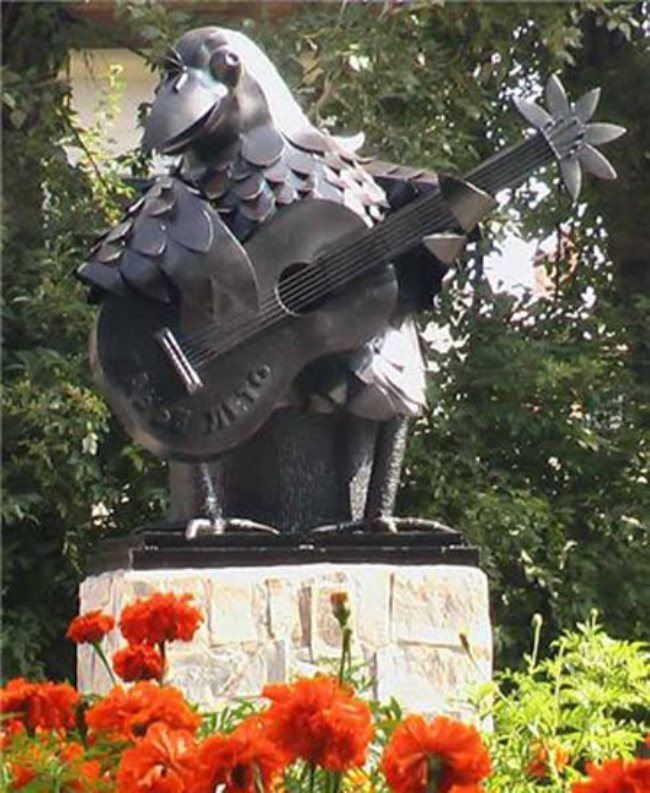