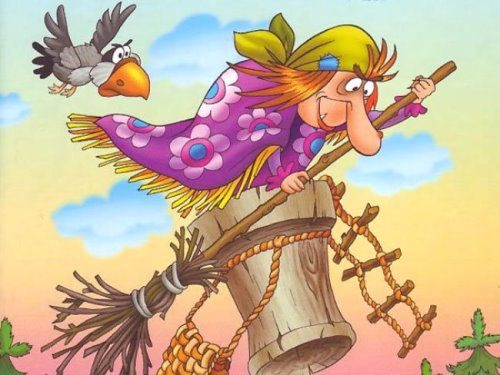 Baba-Yaga is an old witch, possibly, the best known of all Slavic legendary characters. She is an immortal shape-changer, like most Russian witches. However, she is more dangerous creature and much more powerful than an ordinary witch. Baba-Yaga is the personification of death.
The oldest surviving stories of Baba-Yaga suggest that she is an ancient deity. Her origin is, perhaps, as long ago as Paleolithic times, when she was the patroness of herds and herdsmen, the goddess of horses, and the patron goddess of farmers and farming.
She lives in a cottage on hen’s legs in the most remote and inaccessible part of a deep forest. This cottage revolves either freely in the wind or when some unheard word is spoken.

Some versions of the legend say that the cottage could run around on its hen’s legs. Some say that her house guards the point where the two worlds – the world of the living and that of the dead – meet.
Descriptions of Baba-Yaga vary widely. Some describe her only as an old crone and leave the details to imagination. Others describe her as an aged, ugly crone who is too skinny. Her teeth are long and very sharp, occasionally made of iron. She needs sharp teeth because she is a cannibal.
Baba-Yaga controls the weather and can devour the sun and moon, cause crops to grow or perish, and regulate the flow of milk from cows. She is the guardian of the fountain that supplies the Water of Life and Death.
In Russian legend, Baba-Yaga is closely associated with serpents and dragons. Koshchei the Deathless is her friend.
Baba-Yaga is sometimes associated with the ancient Greek goddess of the animal world and hunting Artemis and the lunar deity of the shadow kingdom Hecate.
Previously people believed that Baba-Yaga could live in any village as an ordinary woman: took care of livestock, cooked, raised children. 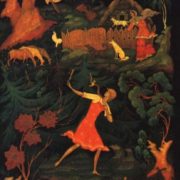 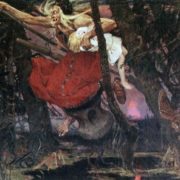 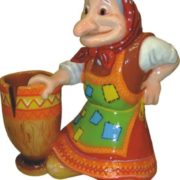 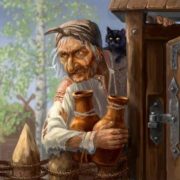 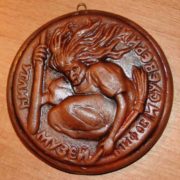 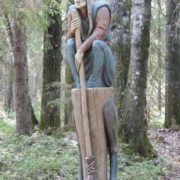 Monument to Baba-Yaga in Donets, Ukraine 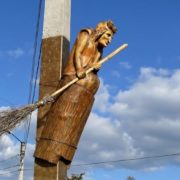 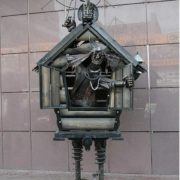 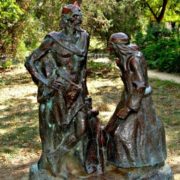 Monument to Baba Yaga and Koshchei the Immortal in Crimea, Russia 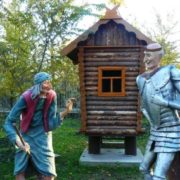 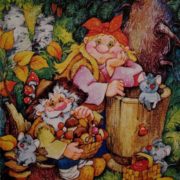 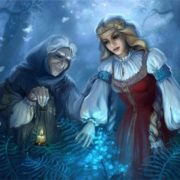 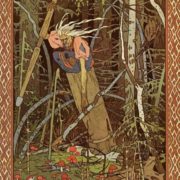 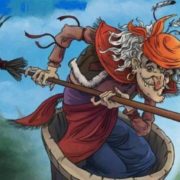 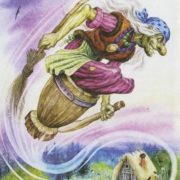 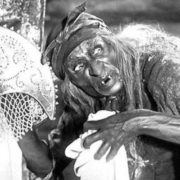 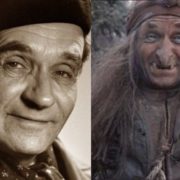 George Millyar and his most famous role – Baba Yaga 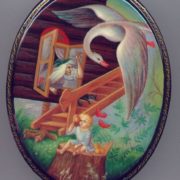 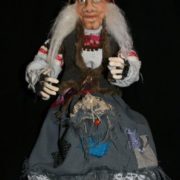 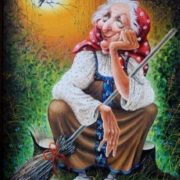 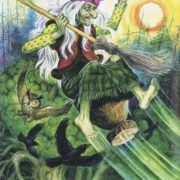 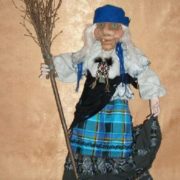 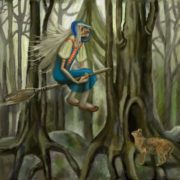 Baba Yaga in the dark forest 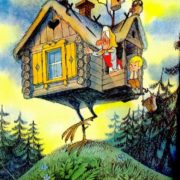 Baba Yaga in her cottage on hen’s legs 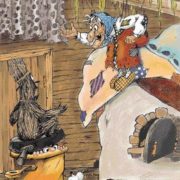 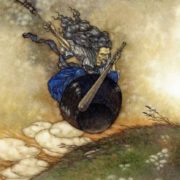 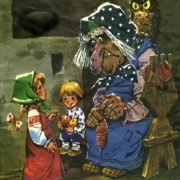 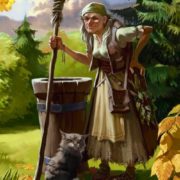 Baba Yaga and her cat 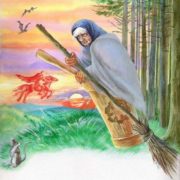