« Cat – tiger in your house
Television is developed » 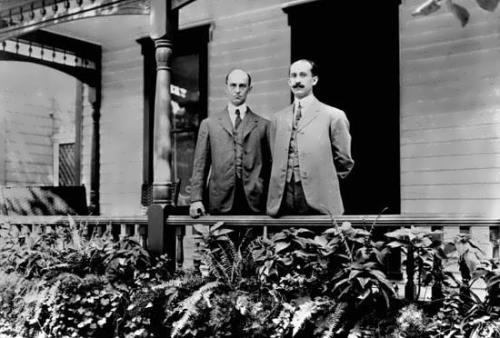 Orville and Wilbur Wright were inspired by Otto Lilienthal, a German glider pioneer. Though he crashed to his death in 1896, the Wrights were obsessed by the technical problems involved in flight. They approached the issue methodically, working out ways to control a glider’s tendency to pitch up and down, roll side to side, or yaw left and right. By the third glider they built, they had solved most of these problems of steering and stability.
To make a self-powered airplane, they needed to develop a very light gasoline engine and an appropriate propeller. By December 1903, their first airplane (Flyer /, later renamed Kitty Hawk) was ready to test. It had a 12.3 meter wingspan, was 6.4 meters long, and weighed about 274 kilos without the pilot. It was powered by the Wrights’ home-made 12 horsepower gasoline engine. The Wrights returned to the site at Kill Devil Hill near Kitty Hawk, North Carolina, where they had tested their gliders. Their selection of this spot was based on national weather records which showed it to have consistently favorable conditions.

The first day’s attempt was unsuccessful, but in a few days, Orville flew the plane 37 meters, which took 12 seconds. They made several more flights that day, the longest being 260 meters in 59 seconds. The Wrights’ press release sent out the following month was largery ignored. Many people just didn’t believe it, though there were five witnesses to their first flights.
Orville later wrote of that first motorized flight: “With all the knowledge and skill acquired in thousands of flights in the last ten years, I would hardly think today of making my first flight on a strange machine in a 27 mile wind, even if I knew that the machine had already been flown and was safe. After these years of experience I look with amazement upon our audacity in attempting flights with a new and untried machine under such circumstances. Yet faith in our calculations and the design of the first machine, based upon our tables of air pressures, secured by months of careful laboratory work, and confidence in our system of control developed by three years of actual experiences in balancing gliders in the air had convinced us that the machine was capable of lifting and maintaining itself in the air, and that, with a little practice, it could be safely flown.” 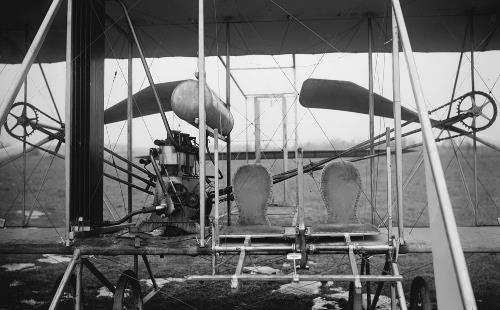 How slow can aircraft fly?
The slowest aircraft are helicopters, which can hover in the air without moving. Aircraft with wings have to fly above a certain speed, otherwise they will crash. How-ever, pedal-powered aircraft can fly very slowly. In 1979, a man-powered aircraft flew across the English Channel for the first time. Its average speed was 8 miles an hour – no faster than you can run! 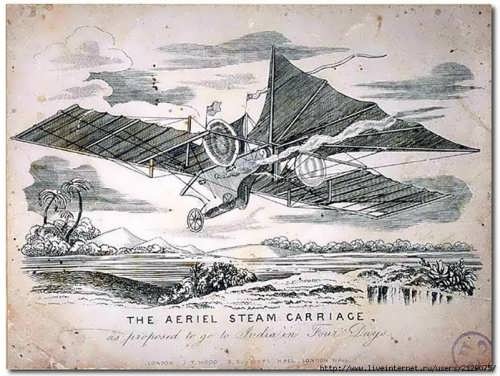 First international passenger flight
Once the airplane was proved feasible by the Wright brothers in 1903, its development was rapid. Other plane builders went into business for themselves. Glenn Curtiss made the first seaplane in 1908. Airplane building also began in Europe, and during World War Д planes were used in reconnaissance flights before they were armed with weapons. The large aviation buildup of the war was followed by the postwar development of passenger service-flying paying passengers to specific places on a scheduled basis.
Passenger service started in Europe in about 1920. In the United States airplanes were initially used to carry air mail; passenger service was not introduced until April 4,1927, with a flight from Boston to New York City. International service was proposed the same year, when Pan American Airways was incorporated by a former war pilot named Juan Terry Trippe. He obtained a contract to fly regular service between Key West, Fla., and Havana, Cuba. His first flight was in October 1927. By 1929 the airline had established a 12,000-mile (19,312-kilometer) route. Its first transpacific flight with the ‘China Clipper’ was in 1936.

Lindbergh’s flight
Probably the most celebrated flight in the history of aviation was that of Charles A. Lindbergh from New York to Paris in his plane, the Spirit of St. Louis. He had been working as an airmail pilot when a group of businessmen from St. Louis offered a $25,000 prize to anyone who would fly nonstop across the Atlantic to Paris. His flight took 33.5 hours on May 20-21, 1927. Lindbergh arrived in Paris to a tumultuous welcome and became an instant international celebrity.

Who first flew nonstop across the Atlantic Ocean?
Two British airmen, John Alcock and Arthur Brown, made the first nonstop flight across the Atlantic Ocean on June 14-15, 1919. It lasted nearly 16 hours, and Brown had to crawl out onto the wings of the aircraft to remove ice that was forming there. Tragically, Alcock was killed in an air crash only a few months later. 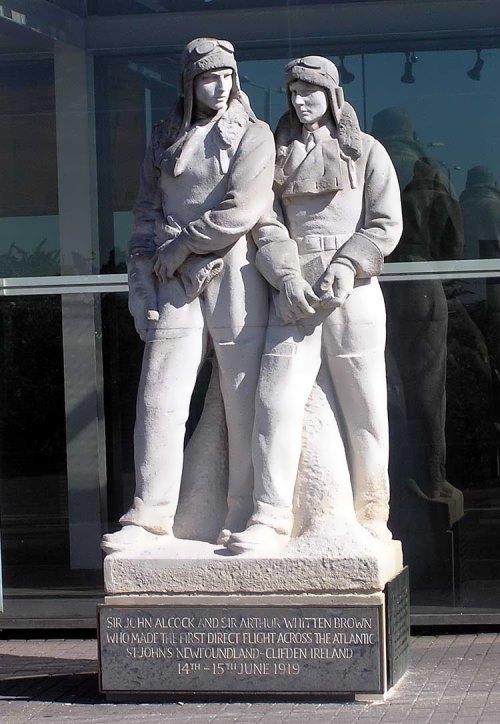