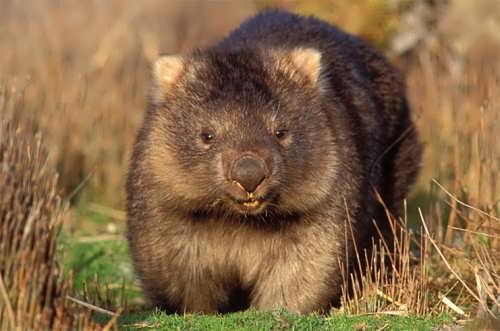 Wombats are bear-like Australian marsupials, about the size of a small dog. They dig burrows and have perpetually growing teeth. They can weigh more than 40 kg and can be 1 m long.
They are gray or brownish gray and have bare, leathery pads with shovel-like claws.
The family Vombatidae includes three species. The critically endangered Queensland or northern hairynosed wombat is limited to a small area of Queensland National Park.
The southern hairy-nosed wombat lives in dry grasslands of southern Australia. They have fine white hairs on their nose.
The common wombat lives in forests on mountainsides and has leathery, bare nose and rounded ears.

Wombats have teeth that must grow continuously because they are eroded by constant chewing on coarse grasses and roots. They rarely drink because they get water from the plants they eat. 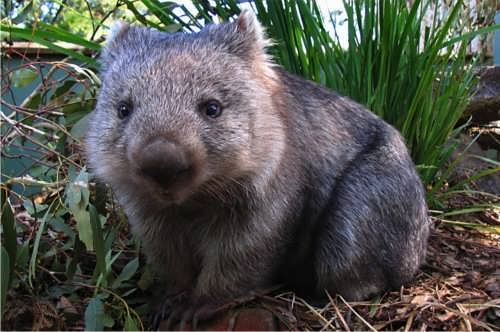 They are good diggers and excavate a series of connected burrows called a warren. Each burrow may be 30.5 meters long, and each warren may have several entrances.
Wombats often lie near the entrance to their burrow and bask in the sun. If they get too hot they can die because of a poorly developed cooling system.
They are solitary animals. After a gestation of only three or four weeks, a single offspring is born. A newborn baby grows in a pouch and does not leave the pouch until it is about a year old.
In captivity they live over 25 years.
The animal’s poor eyesight is offset by its keen senses of hearing and smell.
Wombats are the largest herbivores, digging burrows.
The main enemy of these cute animals is a man.
Defending their territory, wombat can butt and strike hard blows like a ram. 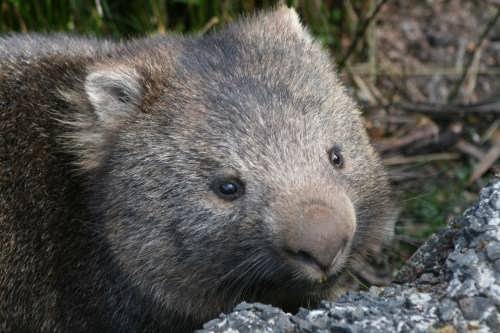 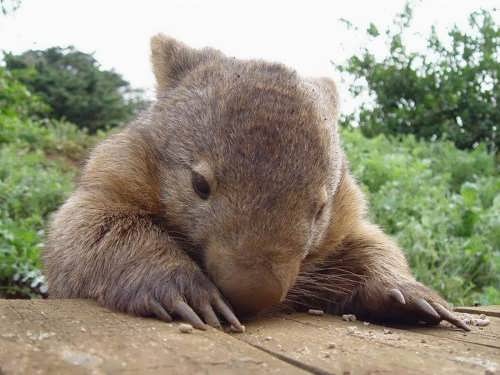 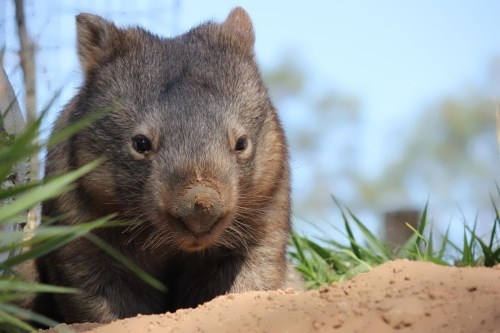 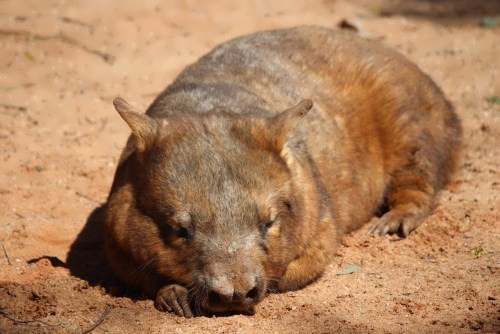 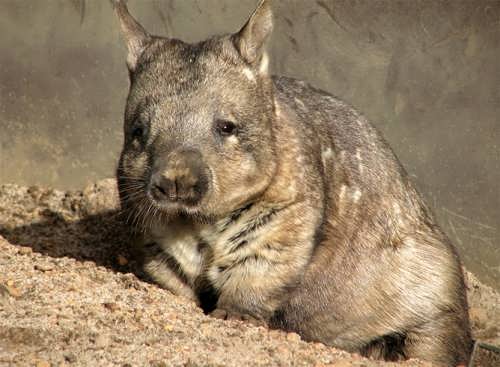 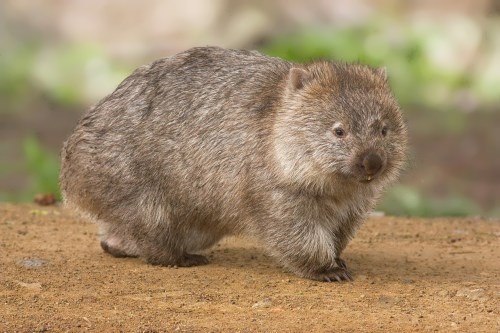 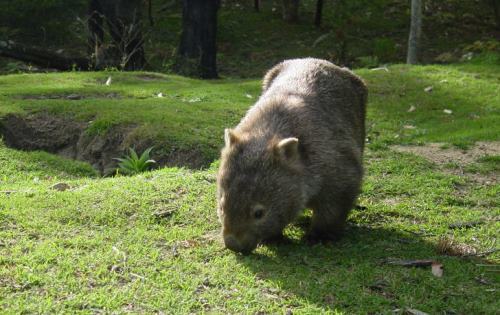 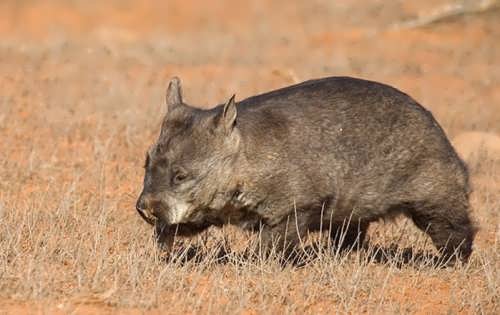 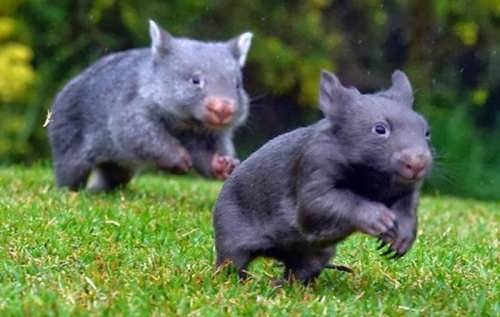 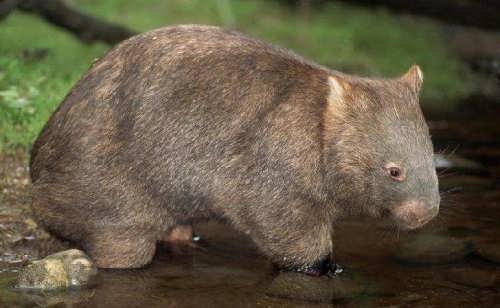 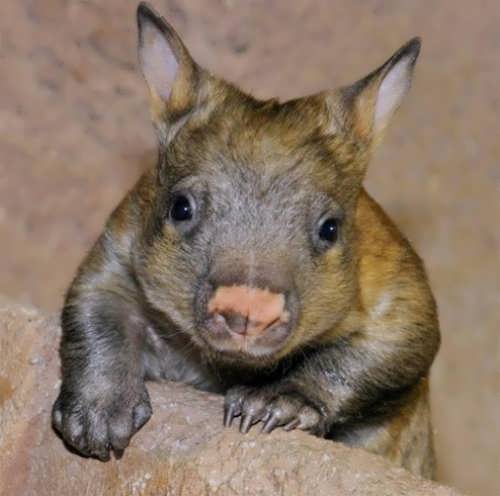