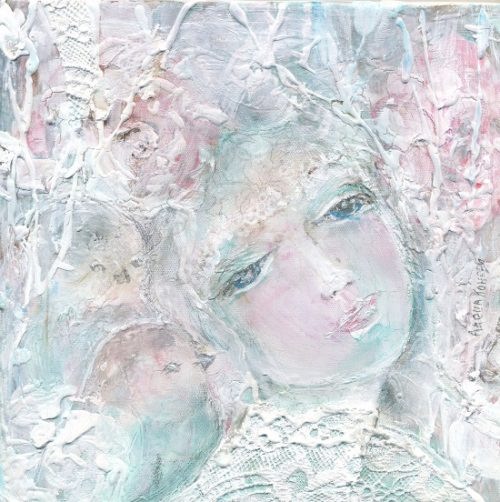 On the one hand, white associated with white sunlight, with all the saint, bright, and kind. But on the other hand, it symbolizes the other world, and death. Traditionally associated with the shining of the sun, light, white was an indispensable attribute of all the sacred, good, pure, and virgin. Sunlight makes it possible to see and distinguish the objects of the surrounding world, their shapes and colors, but the darkness destroys this possibility.
Undoubtedly, without light and solar heat, nothing on earth grows, does not blossom and does not bear fruit. Accordingly, for people, the disappearance of sunshine meant cold, hunger and the disappearance of life itself. That is why white light, white color in the people’s consciousness mean all the good, joyful and useful. However, the absence of light, ie Black color, contrasted with white as light – darkness, was associated with evil, cold, and death.

According to all legends and beliefs, the saints, angels, and the Lord Himself appeared to people clothed in whiteas if shining garments. Whereas the devil, on the contrary, always believed in legends and traditions as a creature of black or dark (brown or dark blue) color. And the epithet “white”, “light”, in the folk tradition also served as an indication of holiness, purity, sublimity, for example: white light, white Tsar, Belbog, etc. 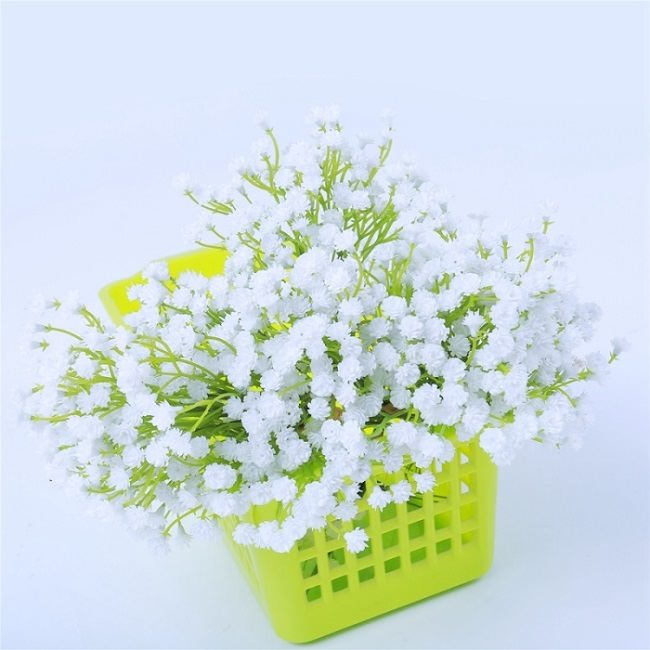 However, at the same time, white color was also a symbol death and involvement in the other world, the world of the dead. The ghostly white figure in folk beliefs, epics, stories was usually a personification of fate, and sometimes of death itself. “The harbinger in white” was one of the most popular characters of popular beliefs, especially in the XIX-XX centuries.

Thus, a lot of folk stories told about a very tall and wrapped in white clothes figure, sometimes with a candle in hand, which a casual passer-by, peasants, etc. could see. The mysterious figure predicted fate, both to individuals and whole villages, cities and even countries. For example, a mysterious woman in white appeared in front of a peasant going to the fair and predicted a soon death. In another story it was the same woman in a white robe, who appeared to the traveler, predicted an early war and the subsequent famine and pestilence. 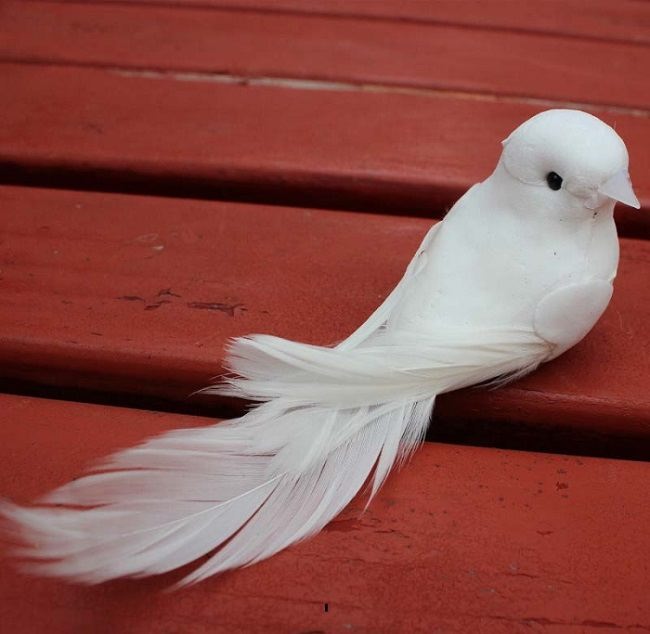 Meanwhile, the mysterious “figures in white” not always considered to be harbingers of only misfortunes and misfortunes. Sometimes they could appear to change, sometimes to unexpected joy, and sometimes even without a special reason. For example, several stories about “women in white” (the spirits of fate) are known to answer the questions of travelers in gratitude for the service rendered. 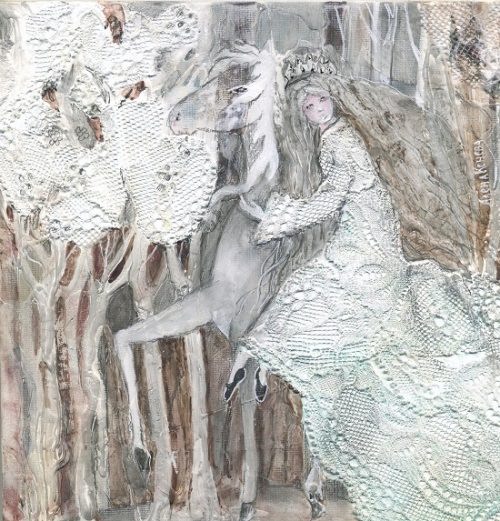 Where dreams live. A woman in white on a White horse. Artist Alyona Koneva. White color meaning in Slavic mythology

Thus, such supernatural figures in white were perceived by peasants as spirits of fate, not evil and not good, just foretelling the future. However, at the same time such images sometimes combined the personification of fate and death. Not without reason the descriptions of the mysterious white figures often reminded the deceased in their death garb. The idea that the deceased may come from the grave, for the living and “take them away” with them, destroy them, were common to all Slavs, and many other peoples too. Apparently, the white color of the funerary clothes became one of the reasons why white color became correlated with the other world. Death itself – a demonic character that takes life from people – traditionally appeared in the guise of the deceased, a withered pale woman (sometimes a skeleton) in a white shroud. 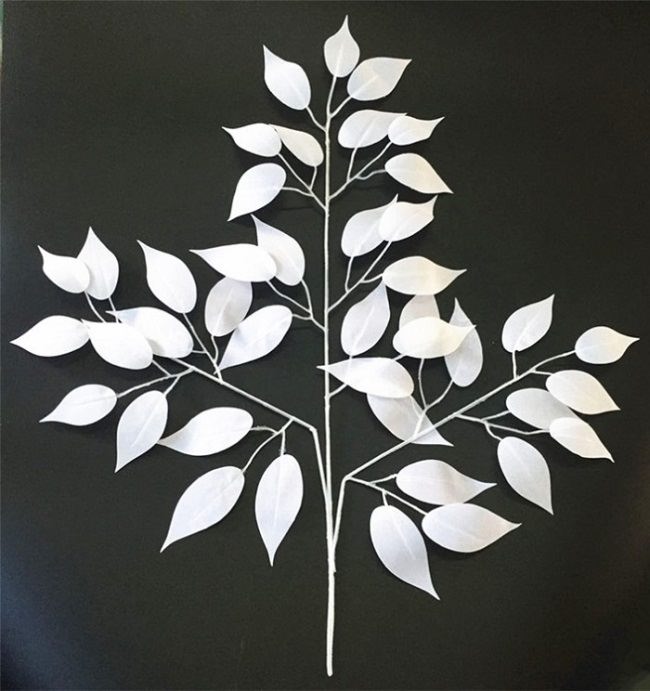 Water and wood creatures (vodyanoi and leshyi) in some stories were also described as white men with gray hair wearing white clothes. So, in one of the stories written on the White Sea coast, a peasant saw a tall man in white clothes in the woods, with a ribbon over his shoulder, who predicted a close war and ruin to the peasant. In another story recorded in the Novgorod province, a nude white man with green hair (vodyanoi) dragged people bathing in the river to the bottom. In addition, people believed that the goblin sometimes takes on the appearance of animals with a white coat color (for example, the appearance of a white wolf, the leader of wolf packs). 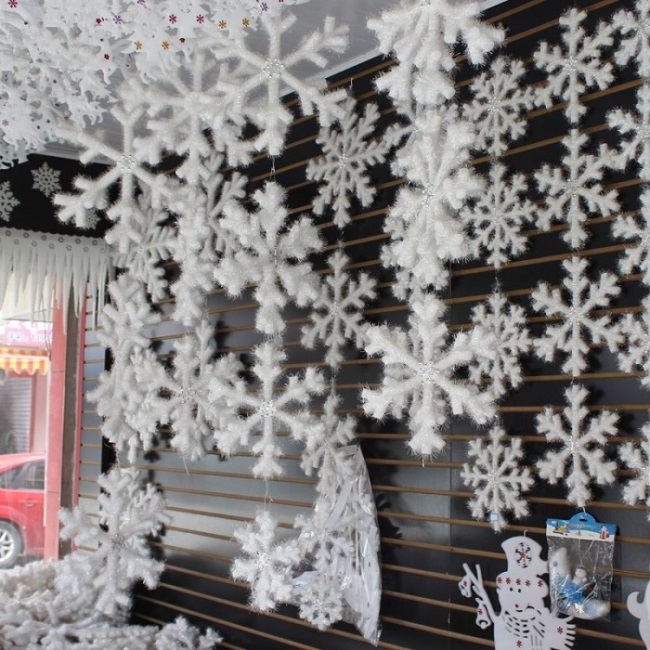 Also, people often attributed white color to the spirits – treasure keepers, wearing pale robes, or in the guise of white animals. So, for example, people told about one of the mounds in the vicinity of the Irtysh with a treasure hidden in it, and a white woman on a white horse, who appeared over the mound at night. In the Arkhangelsk province they told of a white snake, the keeper of treasures, and in Vologda believed that the treasure might appear in the guise of a white cow, white horse, white rabbit, white man, etc. 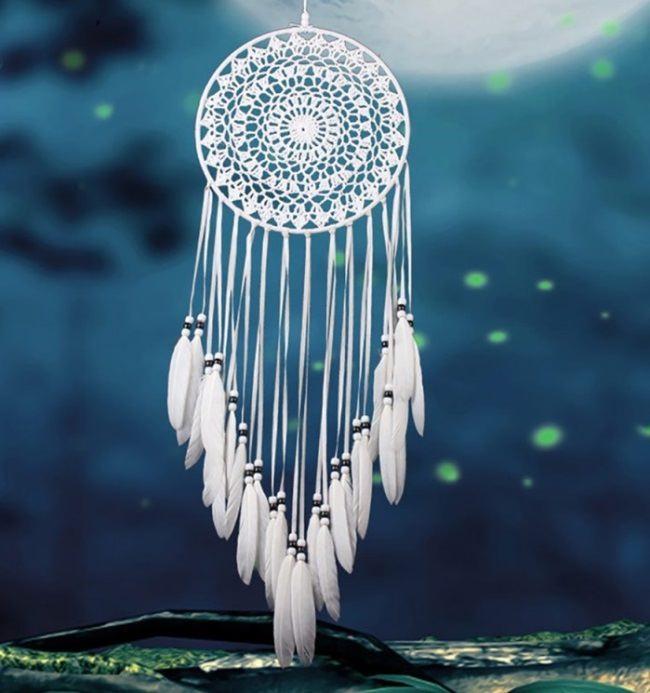 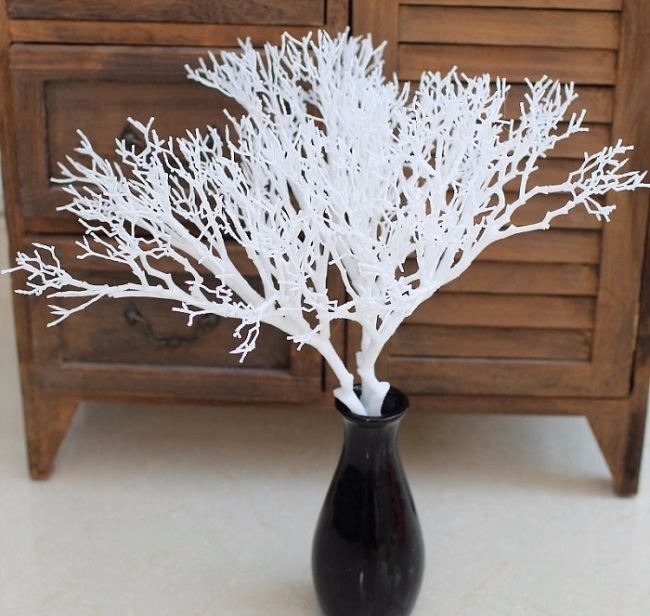 Dry tree in a vase 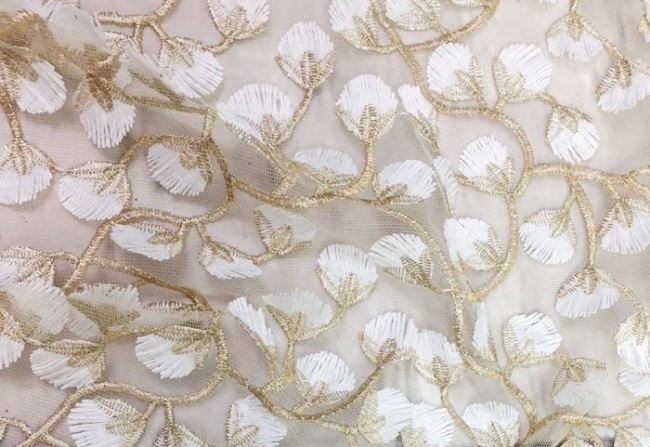 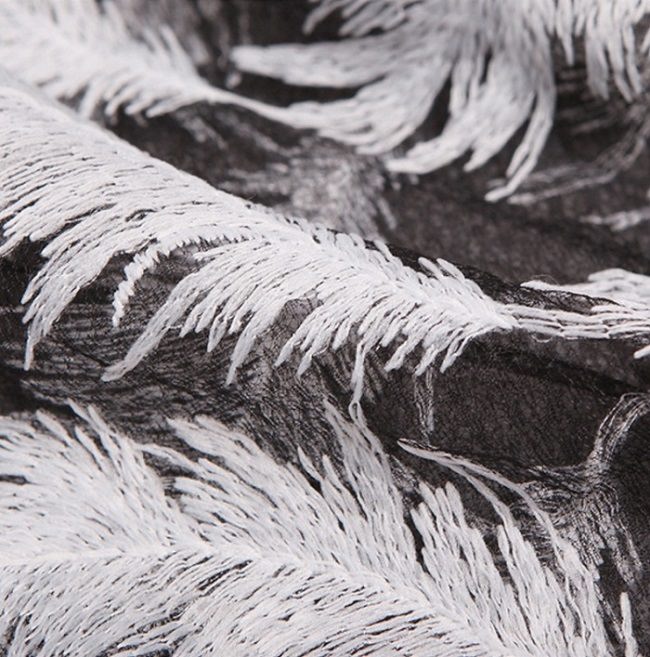 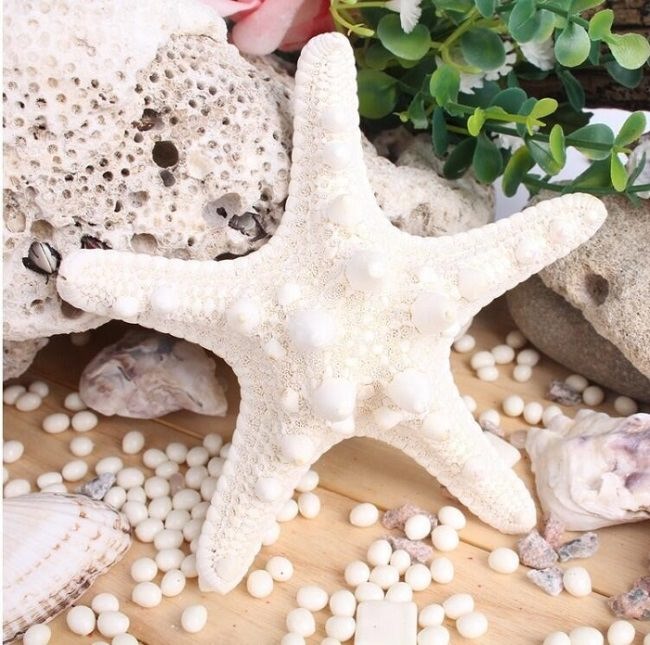 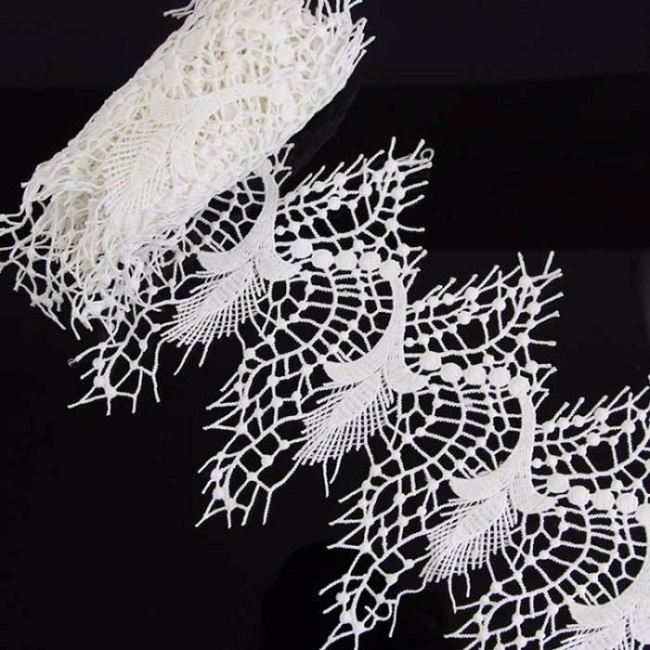 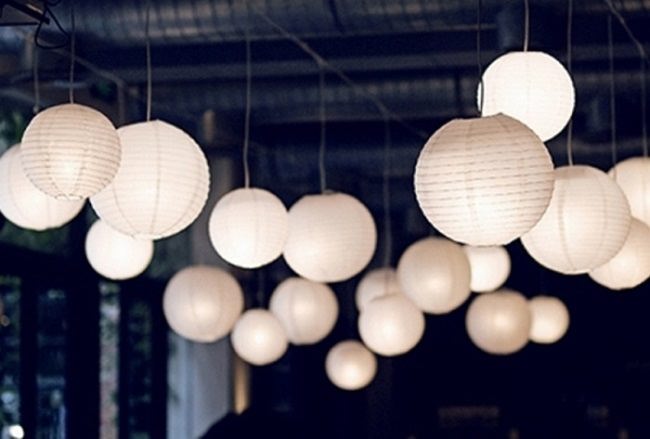 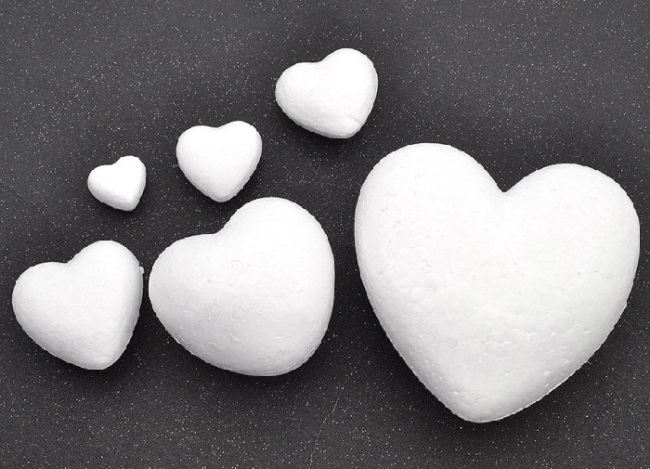 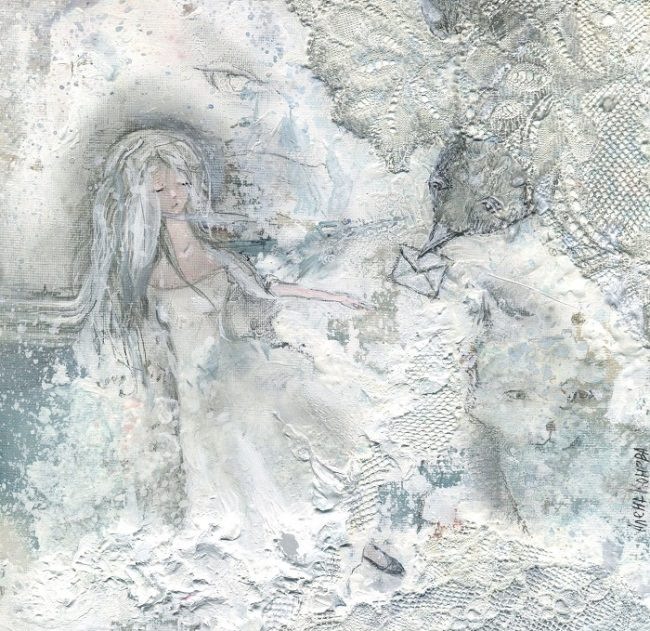 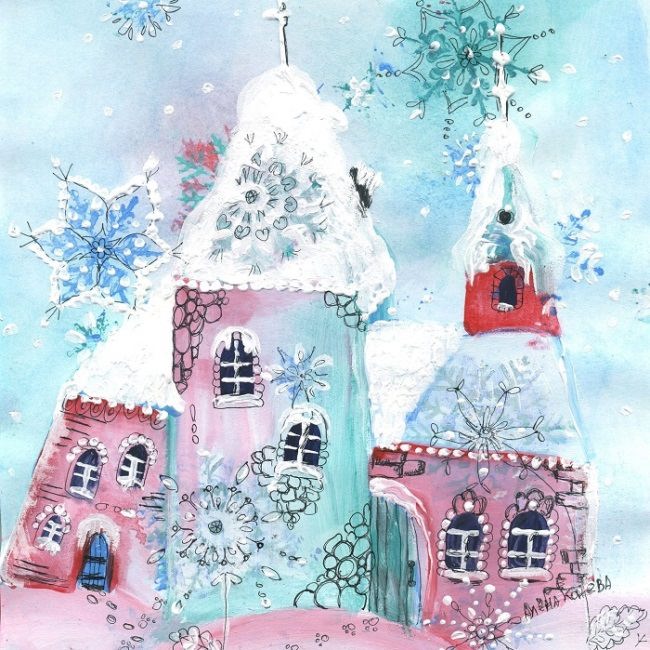 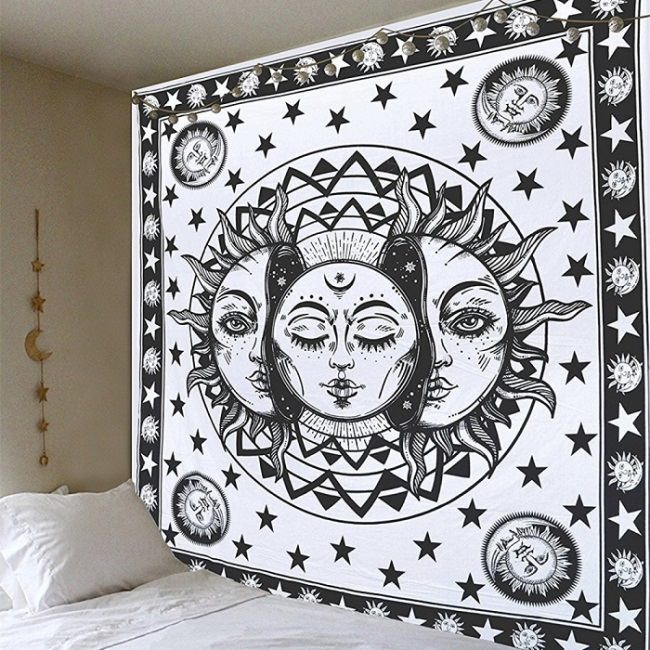 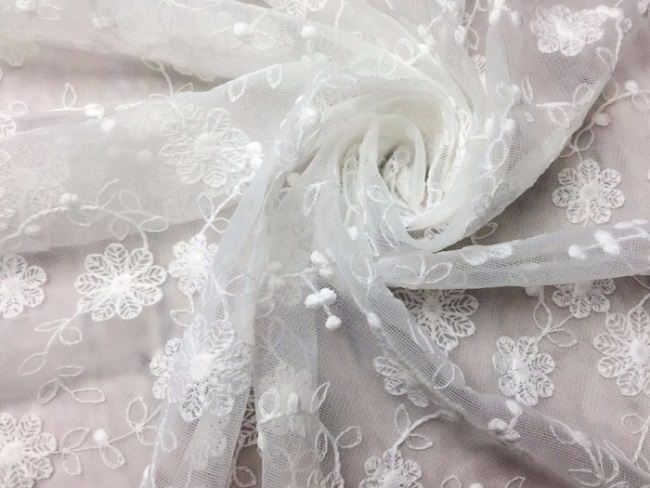 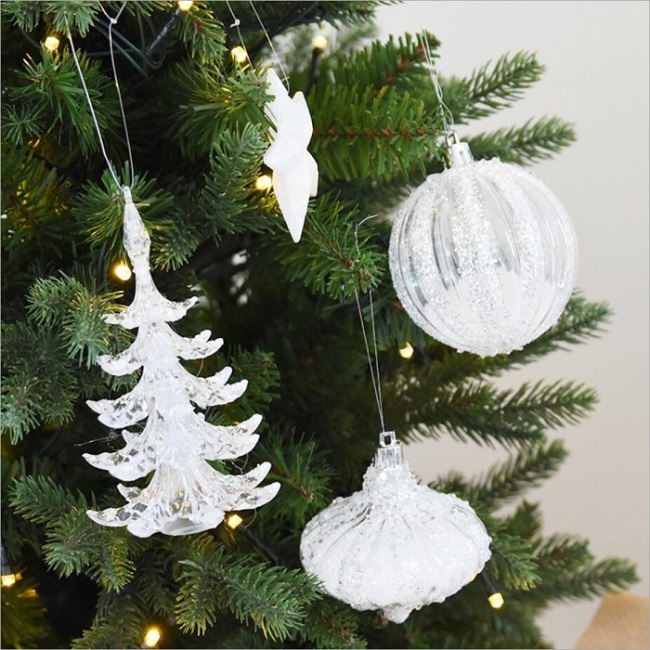 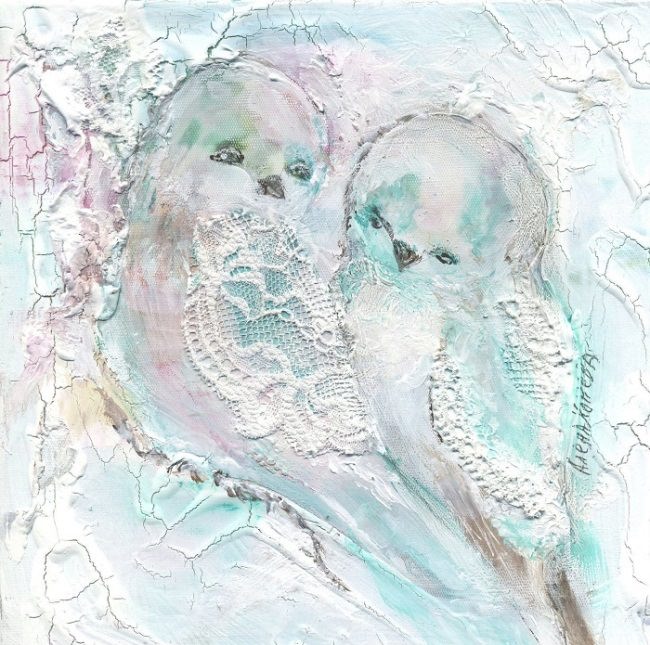