« Why do we have different seasons?
Scotland Yard » 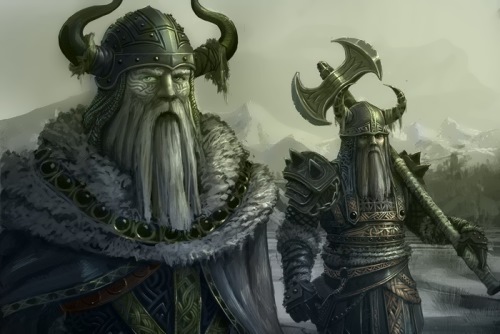 The Vikings came from the three countries of Scandinavia: Denmark, Norway and Sweden. The name ‘Viking’ comes from a language called Old Norse and means ‘a pirate raid’.
The Viking age in European history was from about 700 to 1100. Vikings left Scandinavia and travelled to other countries some to fight and steal treasure and others settled in new lands as farmers, craftsmen or traders.
The Vikings conquered England in 1013 under Sweyn I, whose son Canute was later crowned king of England, Denmark, and Norway. The City of Dublin was founded by none other than the Vikings in the ninth century.
After invading Russia, they moved far inland and mixed with the native people. The name of Russia comes from a Viking word.
The sight of a Viking ship was enough to strike terror into the hearts of people. Some people think that Viking warriors wore helmets with horns in battle. But there is no archaeological evidence.

Their ships were called longships or dragon- ships and they could sail in any weather. For ocean voyages they used bigger and broader ships called knarrs. Vikings sailed great distances with only the Sun, Moon, and stars to guide them. 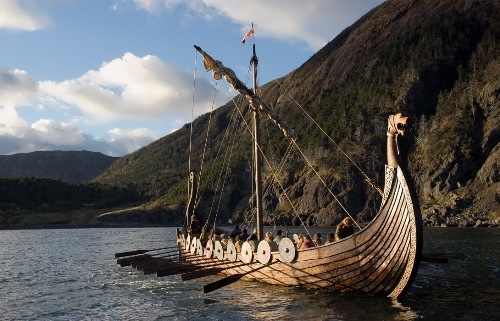 It is believed that around the year AD 1000 a Viking named Leif Ericson sailed across the Atlantic Ocean and spent a winter in what is now Newfoundland, Canada. It was he who became the first European to have landed in North America—about 500 years before Christopher Columbus!
The Vikings had many gods. One of them was Odin, the father of gods. Another was Thor, the god of thunder and lightning. Freya the beautiful was the goddess of love. Loki was an evil god who caused a lot of trouble to other gods.
The Vikings had many skilled craftsmen. They made everything from swords to axes, jewellery, combs and many other things. 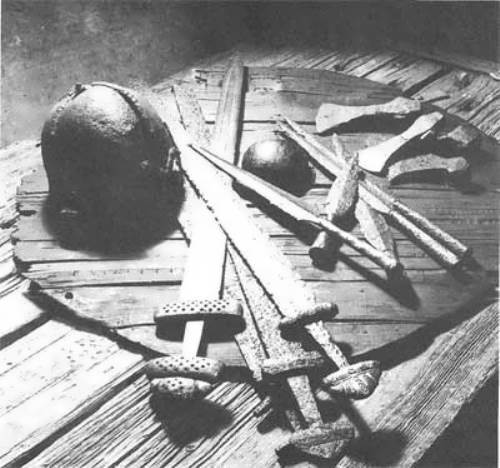 The swords of Vikings 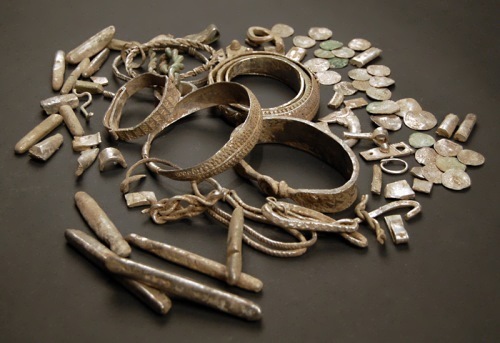 They used skis and skates.
Viking letters were known as runes. They carved their runes on wood or stone. Some historians say that the rune alphabet was also used for magic.
Writings called sagas provide even more information about Vikings. Sagas are Viking stories that Icelanders wrote down in the 1100s and 1200s.
The influence of the Vikings can still be heard more than 1,000 years later in the English language. For example words: egg, leg, ill, ugly, wrong, sky, skin, skirt, happy, law, husband, sister, knife, window, Thursday (Thor’s day).
Viking women usually married at the age of 15. They could choose their husbands and kept their own surnames after marriage. A Viking woman could divorce her husband when she wanted to. It is the only ancient nation with such a tradition, which is known to historians.
The Vikings believed that after death they would go to Valhalla and spend their afterlife there. In some Viking funerals, the body was put in a boat that was set on fire and pushed out into the water.
Up-Helly-Aa is a Viking fire festival which takes place every January in the Shetlands. 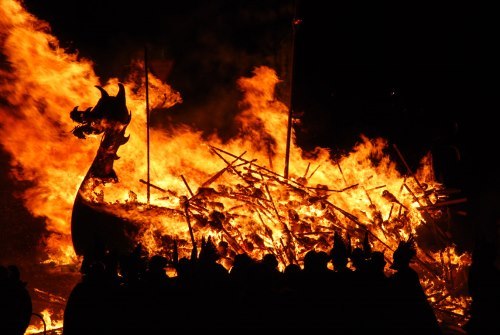 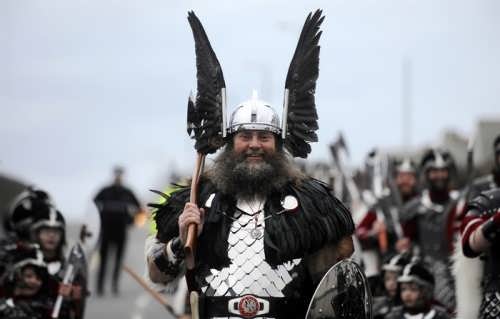 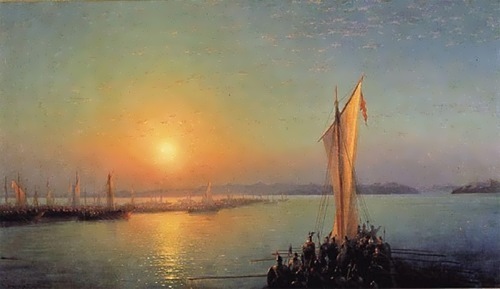 Varangian saga – The trade route from the Varangians to the Greeks, 1876. The artist Ivan Konstantinovich Aivazovsky 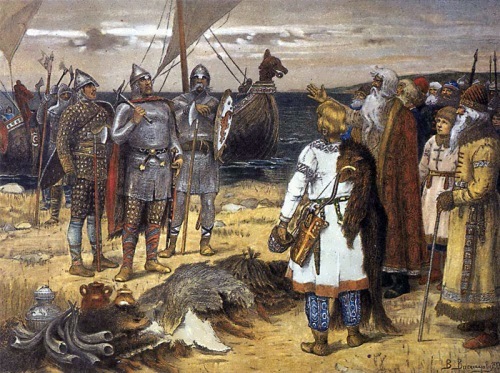 Vasnetsov. Invitation of Vikings Rurik and his brothers Sineus and Truvor 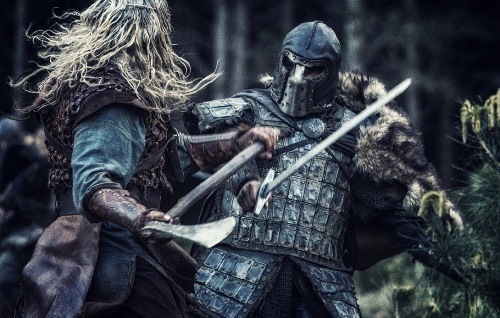 The Vikings were fierce warriors 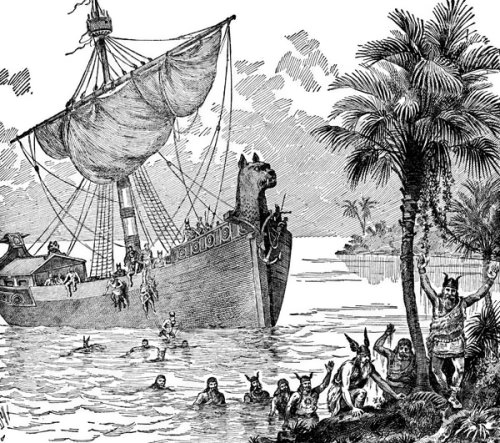 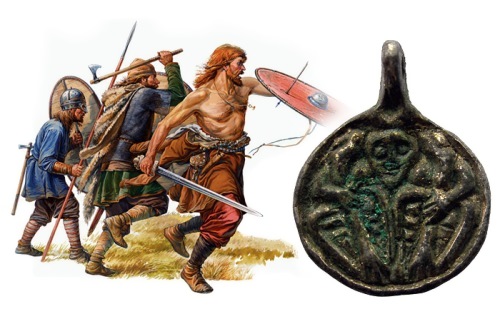 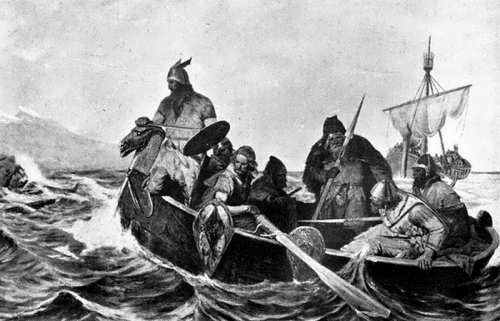