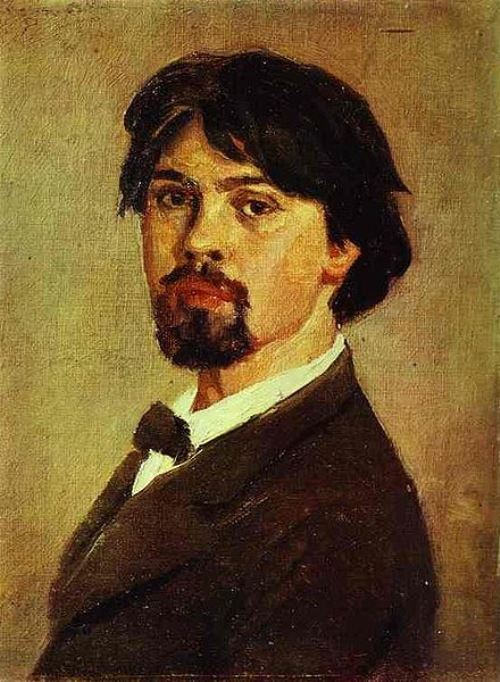 Vasily Surikov – Something terrible happened to me… Self Portrait. 1879

Historical paintings by Vasily Surikov (1848-1916) are very impressive. Everyone understands how powerful, passionate, and tragic they are. But few people know that the idea of these paintings came to the artist in a completely mysterious and mystical way.
Surikov came from an old Siberian city of Krasnoyarsk. A descendant of the freedom-loving Cossacks became interested in history in his childhood. The artist said: “There is nothing more interesting than history. Reading about the historical time, you can understand present.” “In Siberia, you know, people are different from the Russian: they are free and courageous.”

Surikov liked to walk in the ancient streets of Moscow, thinking that he was able to depict the old life as modern, dynamic and even tragic. He recalled stories that Peter’s archers were among his ancestors. “This archer with a black beard – he remembered – is Stepan Torgoshin, my mother’s brother. And the old man is a seventy-year-old exiled…” In short, from the very beginning of his artistic career, Surikov stargazed about the images of antiquity. It was alive for him.
Academy of Arts in St. Petersburg sent the artist to Moscow to paint a newly built Cathedral of Christ the Savior. And why didn’t they send him to the overseas tour, maybe it was a sign of destiny? You never know what would happen to Surikov in Italy or Germany, but almost unreal things happened in Moscow…
In the evenings, after his work in the cathedral, the artist walked through the ancient streets.
He said: “Something terrible happened to me here in Moscow. Wherever I go, I come to the Kremlin walls. These walls have become my favorite place at dusk. Darkness began to conceal all the forms, everything became unknown. Then suddenly it seemed that people in the ancient Russian clothing were standing there. Everything was so clear that I even stopped and waited. Then one day I was walking around Red Square, there was nobody there. I stopped near the place of execution staring at St. Basil’s Cathedral, and suddenly I imagined the scene of Strelets’ execution. I felt if I painted what I imagined it would be an amazing picture…”
The picture was titled Morning of the Strelets’ Execution. But the work was almost as terrible as the event itself. Surikov complained to friends: “As soon I began painting strelets I saw horrible dreams. Every night there was an execution in my dreams. The blood was all around. I was afraid of nights…” 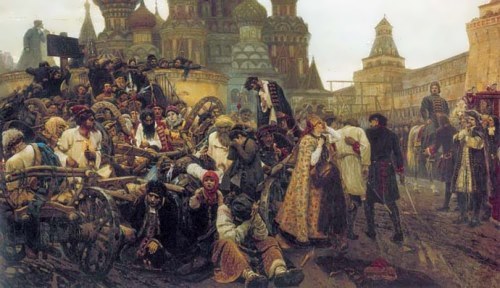 Morning of the Strelets’ Execution, 1881

The picture made a strong impression on people. Artist Benoit recalled that when he saw the tragic picture “devilish Strelets” with a candle started to come at night, and there was almost a fire in his real apartment. Viktor Vasnetsov complained that he heard the howling women, saying goodbye to their fathers and husbands. Of course, artists were impressionable people, who believed in a different mystique, but the Grand Duke Sergei Alexandrovich said that visiting the Tretyakov Gallery, he heard the cries or the moans coming from Surikov’s paintings.
Pavel Tretyakov, a collector of Russian art, saw a huge tragic canvas in 1881 in the studio of young Surikov, “Siberian Bear” as he was called. They say the painter was not afraid of anything because he was friends with a local executioner in Krasnoyarsk. And everyone knew that the executioners were the most powerful wizards. In fact Surikov saw the executioner just one time in his life when he was a child.
Another told that he was over scrupulous. It was said that one day he sold two pictures to merchants and the next day rushed to return money to his customers. He took pictures and destroyed them because they were untrue.
Tretyakov immediately saw the great talent of the young painter. When he saw tragic Strelets’execution, he bought the picture without thinking twice. The artist told him quite a mystical story of the painting. So it appeared in the Tretyakov Gallery. 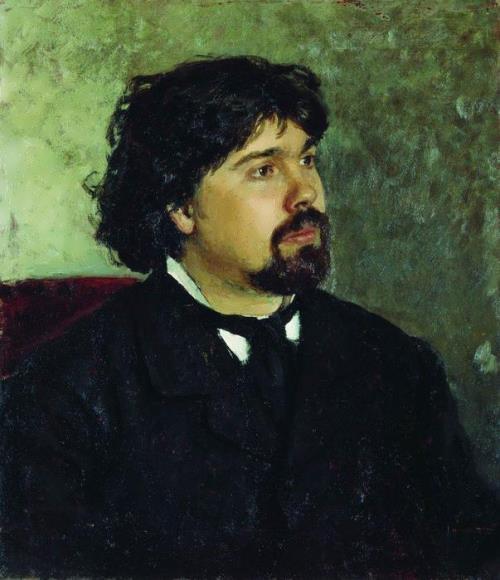 But the most mysterious was that the tragic Morning of the Strelets’execution appeared in a traveling exhibition in one of the bloodiest days of Russian History: on March 1, 1881 Tsar Alexander II was killed in St. Petersburg. The audience whispered: was it reckoning for the massacres of the past? Mystic, right?.. Or not?
Pavel Tretyakov believed that Surikov found a “path between the present day and a tragic past”. Maybe he was right.
And Alexander Benois, artist and historian, noted that Surikov was a “Russian magician”, “brilliant clairvoyant who has the gift of historical insight.” 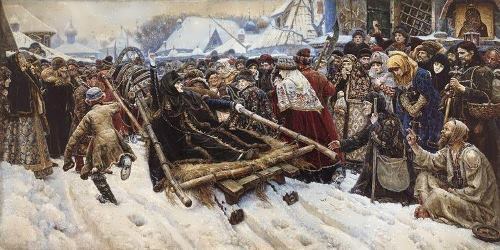 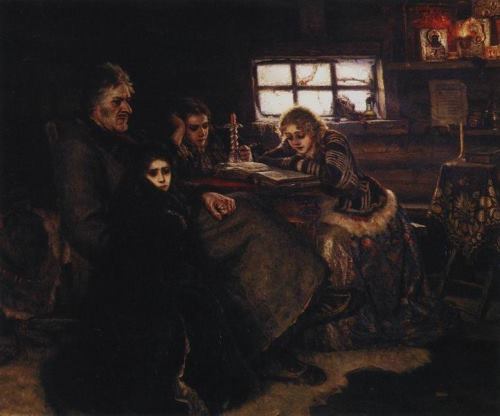 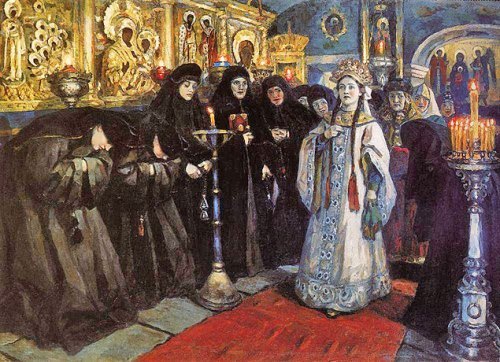 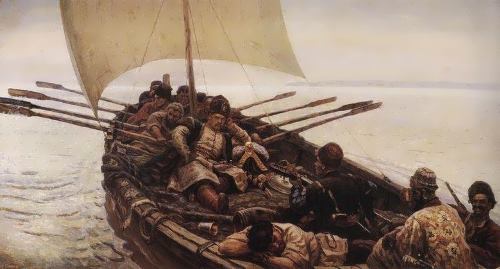 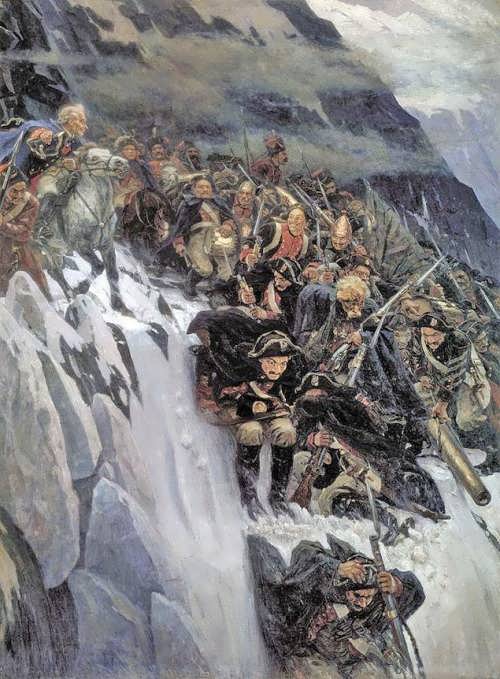 The Conquest of Siberia by Yermak, 1895