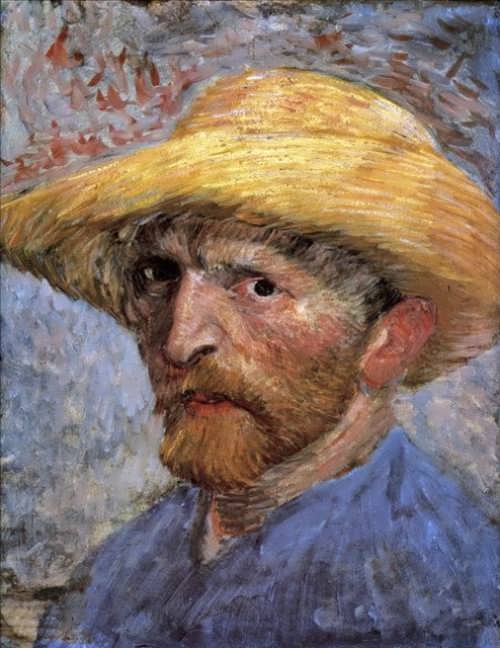 Any painting by Vincent Van Gogh (1853-1890) is a mystery. But the fate of one of his self-portrait is truly incredible.
Paris was preparing for a magnificent holiday: Christmas was coming. It was 1900 – the date that happens once a century. People bought a lot of presents for their relatives and friends. There were a lot of customers in the shop of the most famous art dealer in Europe, Ambroise Vollard. In the evening the shop was about to close, but Vollard heard a boor bell. The very unusual visitor entered the best shop in France. Ragamuffin-clochard, one of those who live under the bridges of Paris, handed the folded canvas: “Buy a painting by Van Gogh, monsieur!”

Vollard grabbed the canvas. Vincent van Gogh?! Ten years ago, nobody was interested in painting by this artist, well, they only thought he was crazy. But after the death of Van Gogh in 1890, his paintings became popular and the price went up. Merchant unfolded canvas and groaned. “Where did you get this fake picture, my dear?”, he shouted angrily at the beggar. “Why fake?! One waiter, who once served Van Gogh, gave it to my friend for a whole bottle of vodka. The waiter was about to sail and Vincent gave him his portrait and said he would be happy if the portrait saw the world. The painter was sick and could not leave France.”- “This is nonsense. Completely improbable story! – said Vollard. – The picture is fake one! Original “Self-Portrait with a Straw Hat” is hanging over a Baron Rothschild’s fireplace. I have seen it many times. So you can safely throw this daub into the Seine, you do not get a franc for it!” 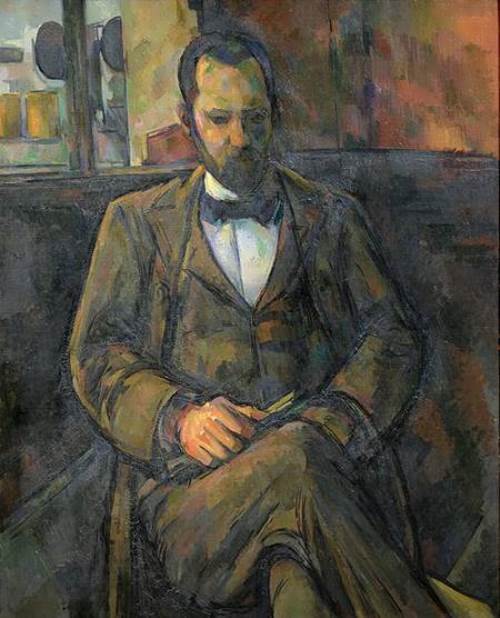 Clochard threw a picture and ran away. All his hopes to meet at least one Christmas humanly collapsed. Was it worth to live after this?! And it was no wonder that after Christmas Vollard read in the chronicle of accidents that one hobo instead of celebration prefer to end his life in the dark waters of the Seine?..
After Christmas there weren’t many customers in his shop and Vollard decided to look at an ill-fated canvas. Awful dirt! Merchant cleaned picture and surprised. Dull colors transformed into sunny yellow and carmine red. Nervous, “wormy” strokes appeared. It was Van Gogh. Amazing! But what about the portrait above the fireplace in Rothschild’s house?! Forgery? Or simply the author’s version? We know that Van Gogh often repeated his canvases. For example, there are five “Sunflowers”.
Vollard put “Self-Portrait with a yellow straw hat” up for sale. A buyer was found immediately. Senor Lopez, a large landowner from Argentina, paid for it decent amount of money. His beautiful daughter arrived to take the picture. “What a lovely picture! There is so much sun. I’ll hang it in my bedroom. Let the sun shines only for me!”
The next day Vollard read in the newspapers about the heinous incident. Returning home, the girl met her two ardent fans in the elevator. They killed the poor girl in a fit of jealousy. The next day, the landowner returned the painting to Vollard. That’s when the trader remembered clochard’s strange words that the artist wanted his self-portrait to travel around the world, and not hung at someone’s home like a prisoner.
Vollard did not want to risk any more. Anyone knows that the lives of pictures are full of mystical events. The trader decided that the owner of the picture should be a person who travels a lot. He offered a portrait to Georges Clemenceau known politician. “And this canvas could travel with you!” he advised. 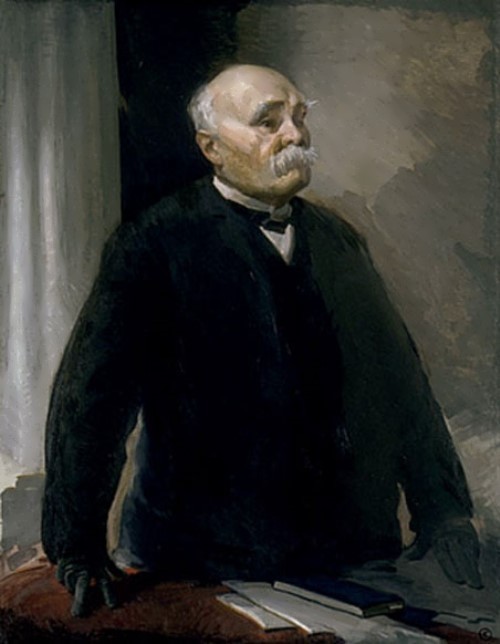 Clemenceau agreed, but when he returned home, he immediately framed the canvas and hung it over the bed. Why should he carry such an expensive picture across countries and continents! Later, that same evening, he was attacked.
The politician stayed in bed. His friend, industrialist Henry Frick, who was called “king of nails” because he produced the greatest number of nails in the world, came to visit him. Clemenceau told him about self-portrait.
“King of nails” suspiciously touched the heavy frame and said: “No one nail will sustain such gravity, it must be screwed. Otherwise the portrait will fall down on your head!” The politician looked at the picture and jumped out of bed. Just in time! Heavy frame fell right on the bed. Frick laughed. “What’s funny?! – politician yelled. – This picture is a killer!” Industrialist said:” It’s just not for you. Sell me!” 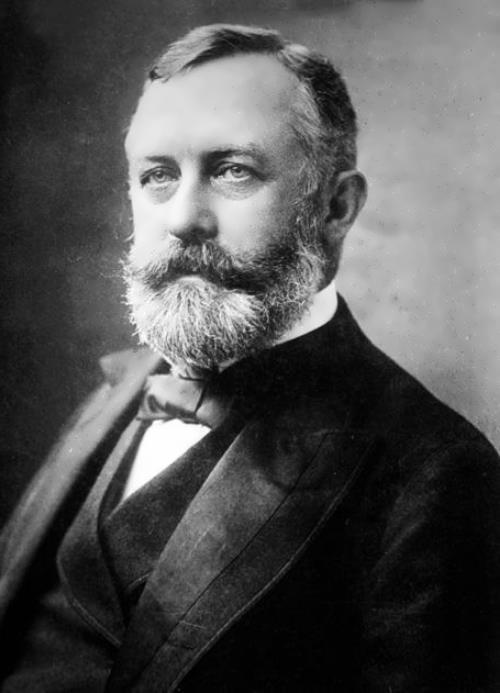 The next day, Henry Frick flew to New York with the self-portrait. At first he hung the canvas in his office, then moved it to a ranch in Texas, then placed in an art gallery. The picture also regularly was exhibited across America. In short, the portrait had travelled a lot. In 1919, the “king of nails” died, his daughter Helen turned the family collection of paintings into a well-known Frick Collection. In the middle of the XX century the price of the self-portrait of Van Gogh jumped by a million, and the heirs of the “king of nails” decided to hide the picture in the safe.
Something incredible began! Almost every night they heard alarm system and a fire started in the house. Worried heirs called psychic, who drew their attention to the portrait’s strange aura and said: “Sell it!”
In October 1973, the painting was sold for 20 million pesetas to a young Spanish collector. A person came to receive the picture and hurried back to Madrid. After all, Christmas was coming, and his boss wanted to invite close friends and show them the painting.
On December 19, 1973 the person could not carry the canvas through the customs. On that day, Carrero Blanco, chairman of the Spanish government, was killed. Security, police and customs were very angry. The canvas was confiscated. The person who had it was imprisoned. And when the collector came to the police he was charged with “a variety of illegal transactions.” The case went to trial. Even dictator Franco became interested in it, and his interest did not promise anything good. The collector was taken into custody. His collection of paintings was confiscated and placed in one of the palaces.
At the end of November 1975 Franco died. So the collector celebrated Christmas at home, and then began to collect paintings again, and to look for the self-portrait of Van Gogh. He was looking for it in Spain, then in Europe and finally found the painting in a private gallery in New York.
The collector bought the portrait. But how to take it to Spain? He wrapped canvas in a cardboard, rolled cardboard in a Persian carpet, and so came through customs at Madrid airport. He phoned his secretary. “Honey, I have a present for you, wonderful Persian carpet!” – the collector happily announced at the airport. The secretary shrieked with joy and they drove to the office where the happy woman unwrapped the expensive gift and threw the cardboard out the door. When her boss found it out he rushed out the door, but there was nothing there. “Portrait tramp” managed to escape again…
There was an investigation. While the chief and the secretary had fun on a Persian carpet, the cleaner took the cardboard and threw it in the garbage disposal. Maybe the portrait was destroyed along with other waste. But the collector did not believe and began looking for it. And what? In the hall of the Art Institute of Detroit he saw his tramp with a straw hat. It turned out that this portrait was in the collection of the Rothschilds. Or wasn’t?.. 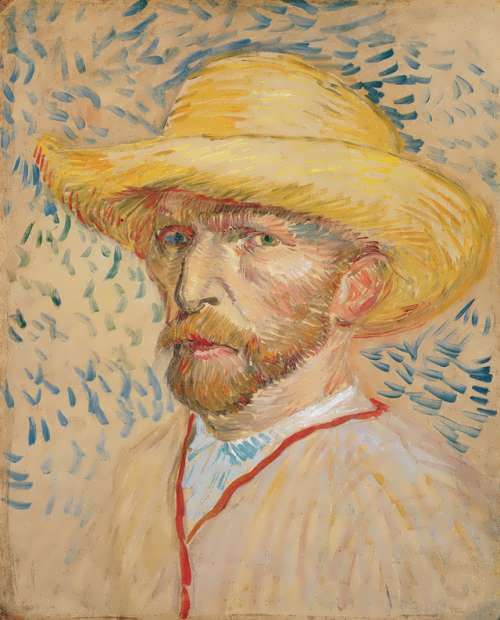