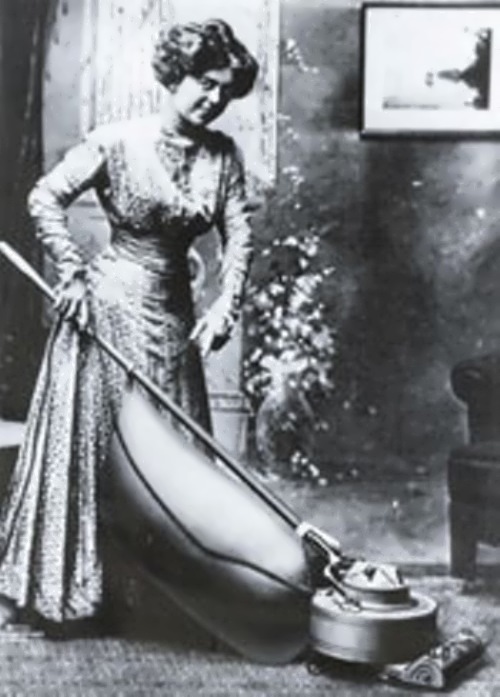 The idea of vacuum cleaner originates from the 19th century.
The first vacuum cleaners had to be operated manually. Two persons were needed for this: one to operate the bellows and the other to move the mouthpiece over the floor. The dust was blown into the air. Only in 1901 Hubert Booth changed the idea into something more useful. Until then the vacuum cleaners blew the dust away, but Booth came up with the idea of sucking away dust, instead of blowing. Furthermore, Booth equipped his cleaner with a filter, which kept the dust in the machine. All modem vacuum cleaners are based on Booth’s principle. In spite of the improvements made by Booth, the older vacuum cleaners were not very practical: they were hand-operated and very big and heavy. Some cleaners were left outside the house, and only the hose was led into the rooms through a window or door. Best known for the vacuum cleaner that bears his name, Jim Kirby’s life goal was to reduce or eliminate drudgery wherever it existed. After watching his mother’s cleaning effort result in the dust settling back onto everything in the house, he developed his concept of a vacuum cleaner.

His first cleaner, invented in 1906, used water for dirt separation. In 1907, displeased with the unpleasant task of disposing of dirty water, he went back to work and designed a system that used centrifugal action and cloth to filter the dirt. After World War I, Mr. Kirby agreed to design vacuum cleaners exclusively for George Scott and Carl Fetzer. Over the ensuing years, he developed numerous innovative cleaner designs.
The Ezee vacuum cleaner, nicknamed the “Grass-hopper” was one of Jim Kirby’s early designs. Developed in 1912, it was a non-electric cleaner designed to serve households in rural communities without access to electrical power. Later, the non-electric Vacuette model, manufactured by Scott and Fetzer, became the forerunner of to-day’s multi-attachment models. In 1935, Scott and Fetzer introduced the Model C, the first of a long line of products to carry Kirby’s name. Jim Kirby continued to work on new ideas for the company into the 1960’s. 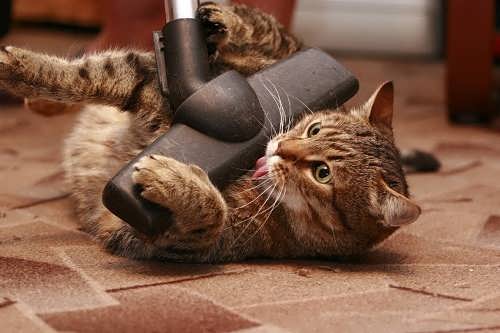 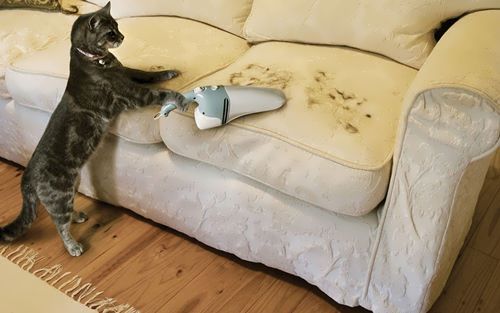 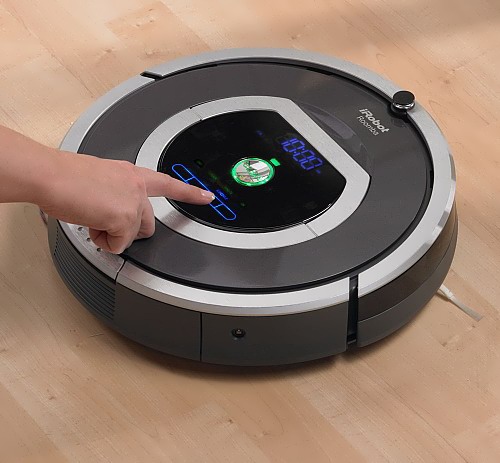 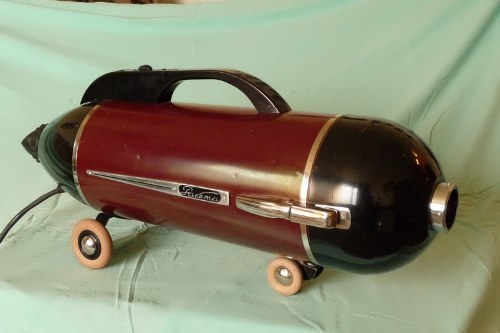 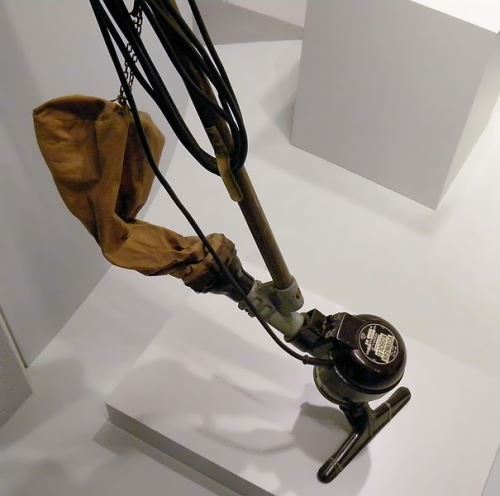 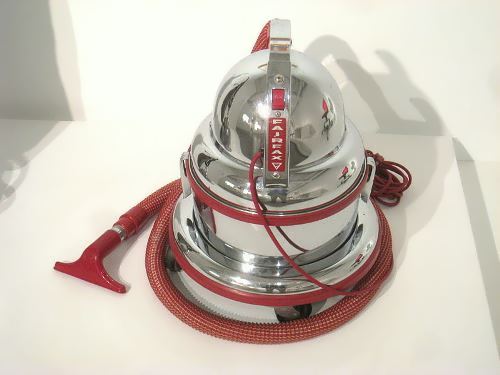 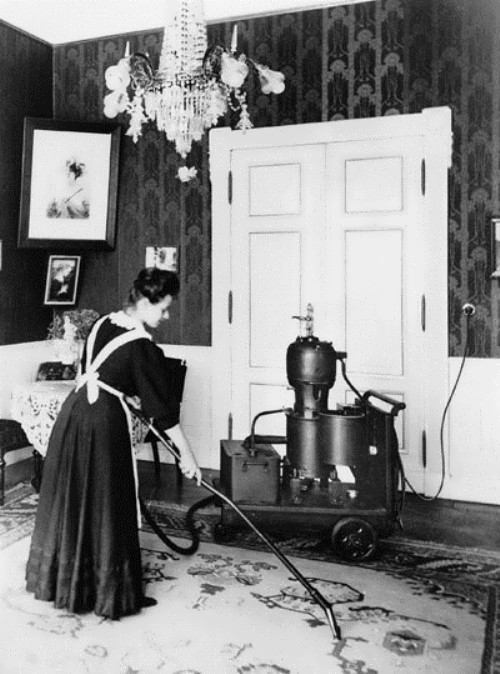 One of the first cleaners – Elmo manufactured by Siemens, 1906 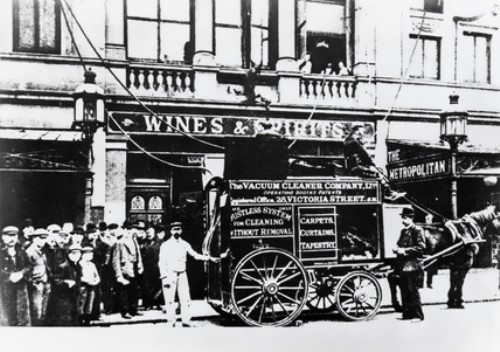