At the end of 2012, the North Korean news agency (only one in the country) made a strange statement, even for North Korea, that state archaeologists discovered a unicorn lair in the north of the country. According to the Koreans, the unicorn was a domestic animal of the ancient Korean king. The structure dates back 918-1392 AD (Kingdom of Korea). Nothing surprising in the news, archaeologists do their work, find antiquities. The main “but” is that unicorns never existed. The Guardian managed to find out that this was a subtle Sesame-Korean irony. Nevertheless, the message became an indicator of how firmly the myth of unicorns penetrated into the cultural code of the inhabitants of both Asia and Europe.
If you dig deep into the myth, the first documented mention of the unicorn was the epic Natural History of the Roman naturalist Pliny, written in 77 AD. The book was the first attempt to classify all living beings that lived on the planet. Pliny did not check the facts and included not only those animals that he saw with his own eyes, but also those about whom he was told. So, the unicorn came to the pages of a serious scientific publication.

Ancient naturalists told about dozens of subspecies of unicorns according to the shape of the horn.
The epidemics and diseases of the beginning of the second millennium AD played into the hands of popularizing the image of unicorn. Everyone knew that the horn of a unicorn cured any disease. Infamous witch doctors and other people began selling “magical horn”, which enjoyed popularity among the nobility. Powder from the horns of deer, narwhals and hundreds of other animals was used to treat everything – from colds to poisoning. 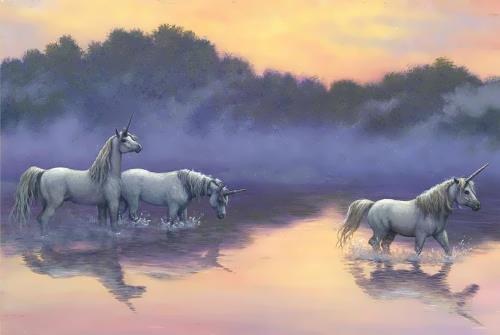 Unicorns for greedy people are valuable due to their miraculous horn – alicorn. It is said that once really existing unicorns were exterminated precisely because of the magical properties of the alicorn. In 1550, the Pope paid 17,000 ducats for the most beautiful ever seen alicorn, which was donated to the French king. And the most famous alicorn belonged to the English Queen Elizabeth I. In the list of treasures of the British crown was listed as Windsor horn and cost 10 thousand pounds.
The unicorn is one of the most ancient mythological animals. But until now these amazing creatures live on pages of books and in numerous films and cartoons…
According to myths, the unicorn is indefatigable and can hide from any pursuer, but obeys only virgins. It is a symbol of chastity. In Greek mythology, the unicorn was dedicated to Artemis, the virgin goddess. And in Christianity, the snow-white unicorn also symbolizes purity and virginity and is the emblem of Virgin Mary. Many painters portrayed Virgin Mary with the unicorn. The unicorn as a symbol of purity is often found in heraldry – for example, there are two unicorns on the coat of arms of Scotland. 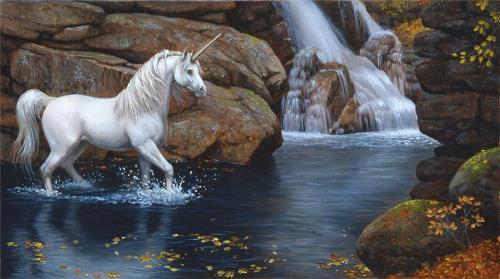 It is interesting that, according to the legends, the famous Bucephalus of Alexander of Macedon – in fact was a unicorn.
In 2008, a 10-month-old male roe with one horn was found in Italy. 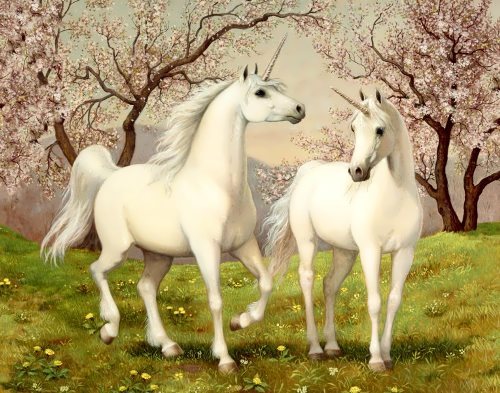 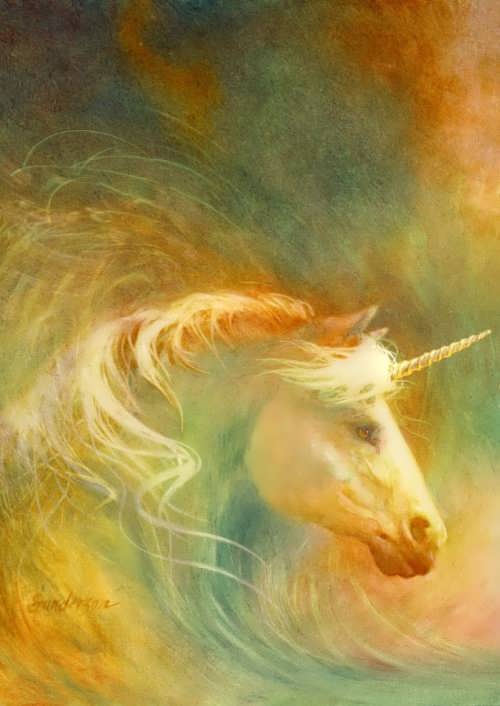 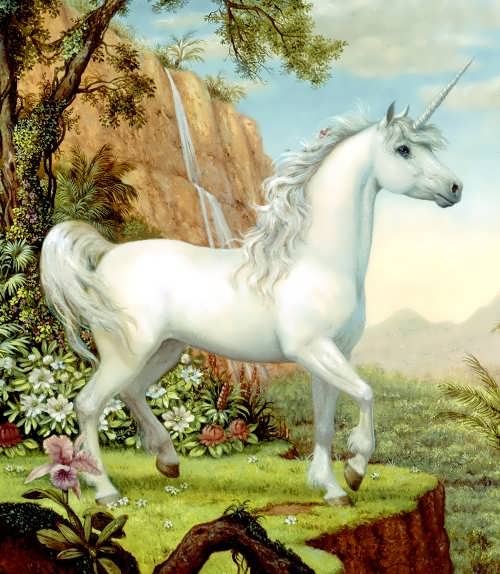 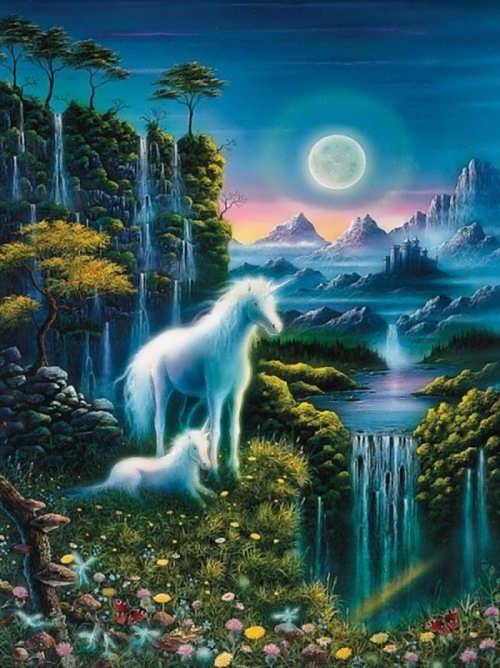 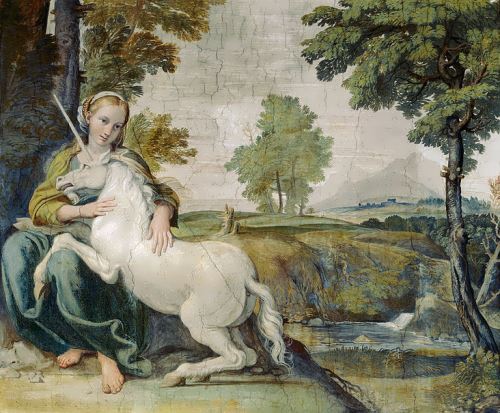 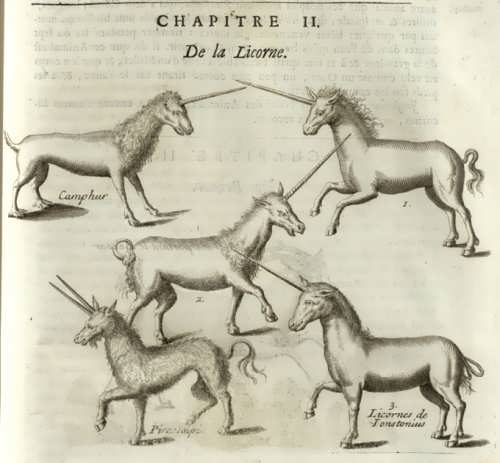 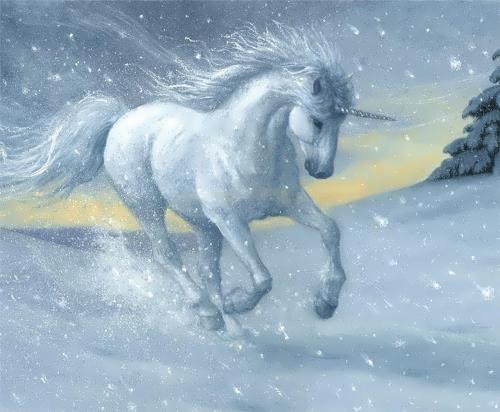 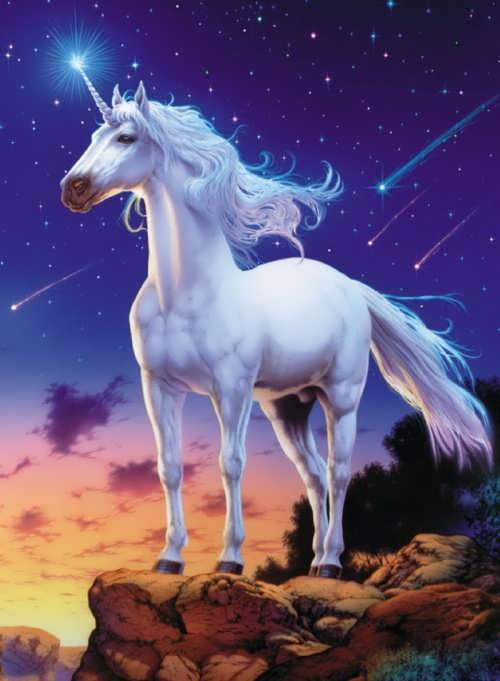 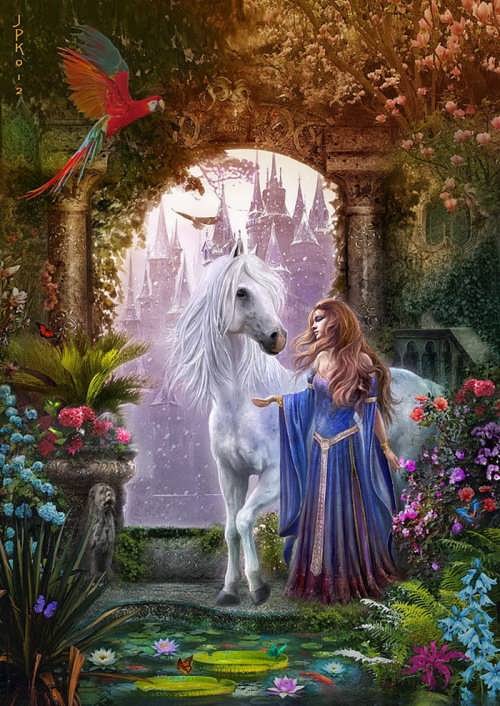 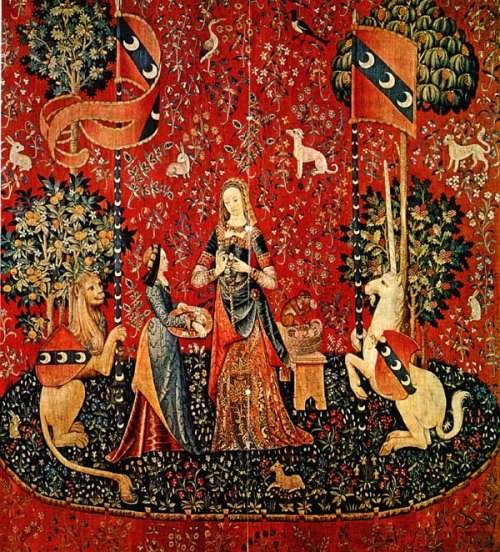 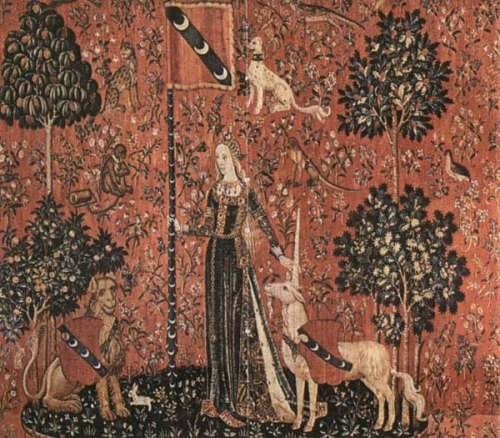 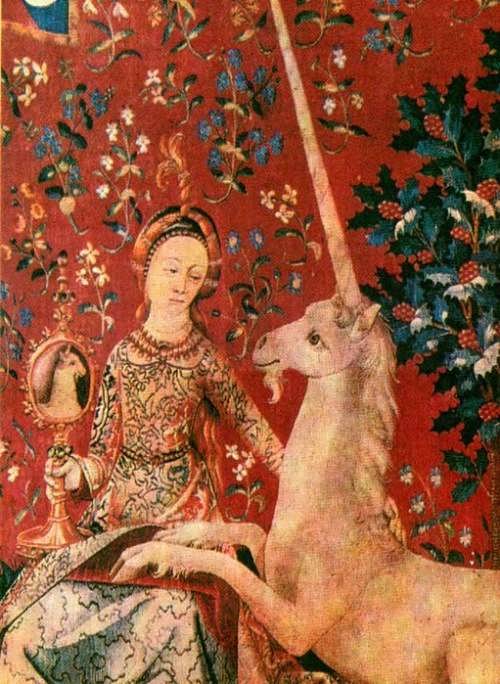 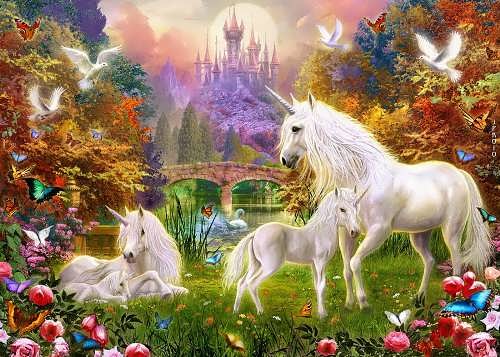 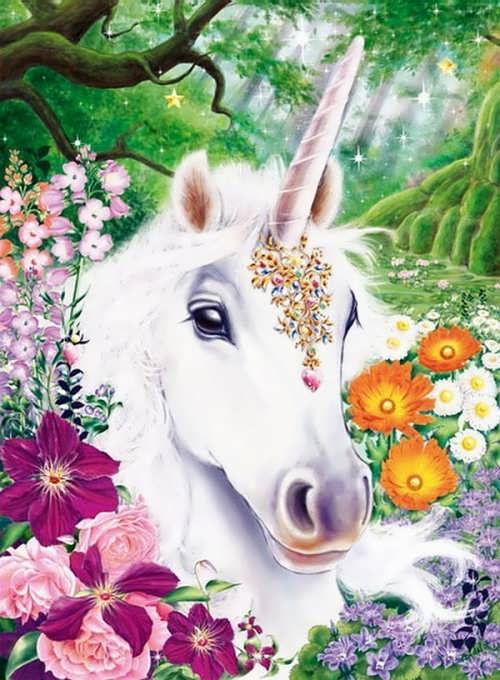 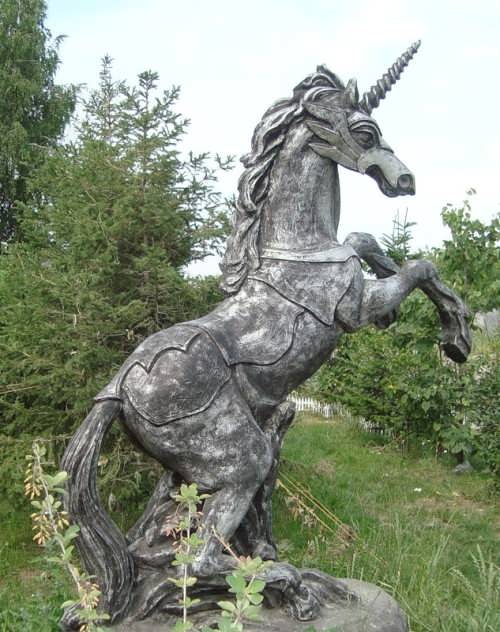 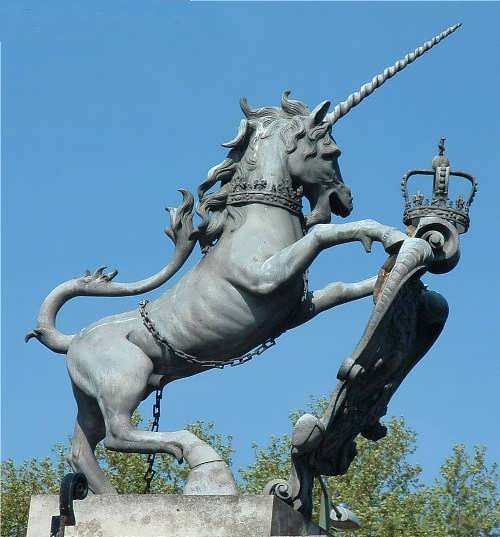 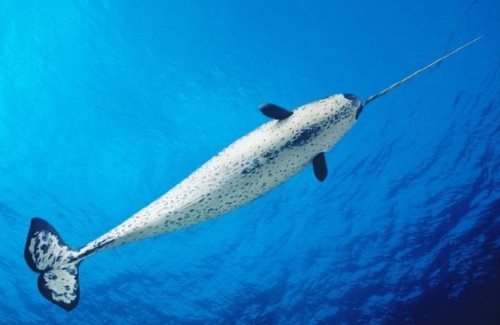 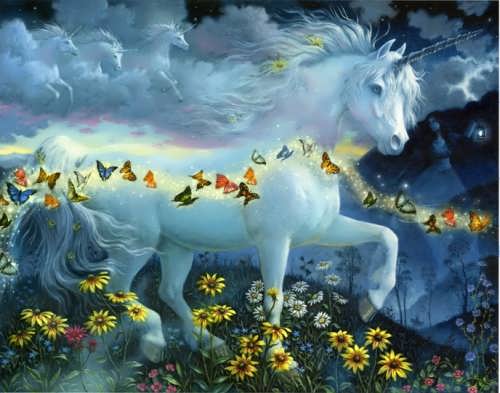 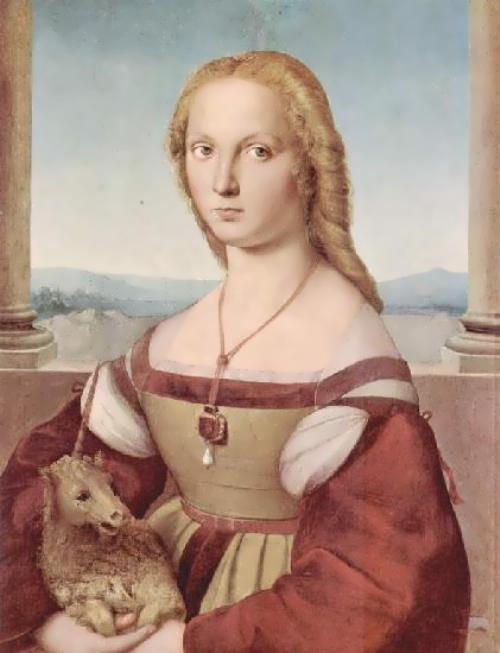 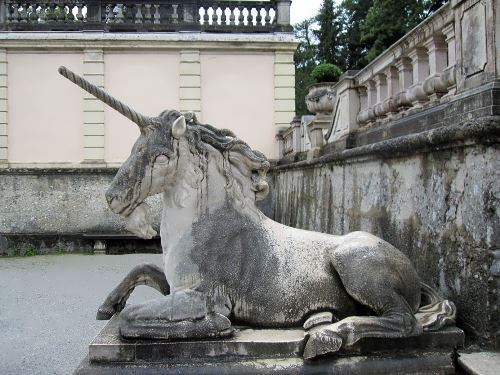 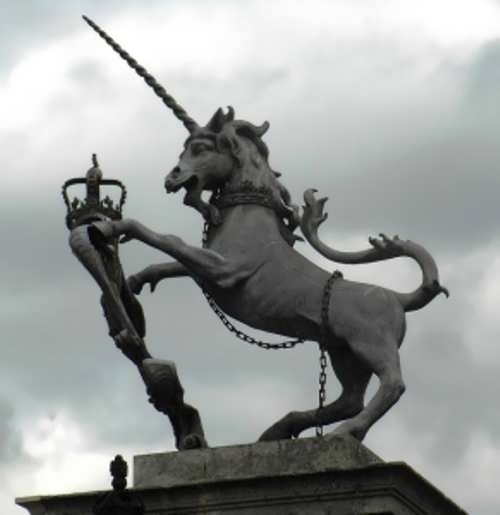 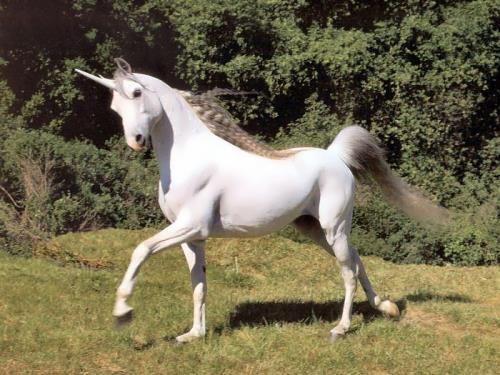 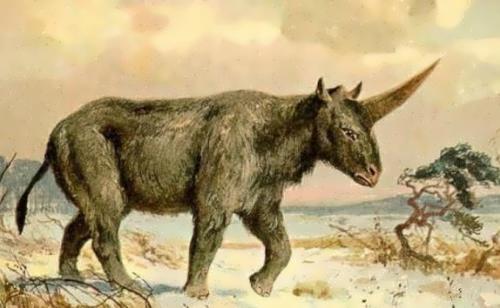 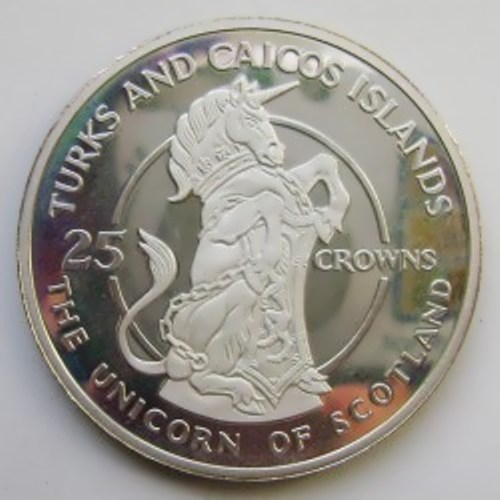 Unicorn on a coin 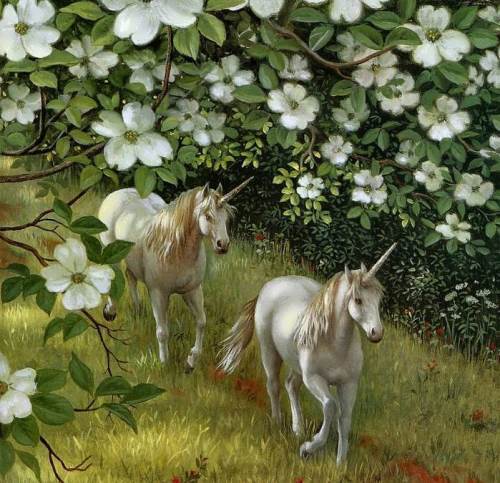 Unicorns in search of the rainbow