« Anaconda – biggest snake in the world
Vulture – bird of prey » 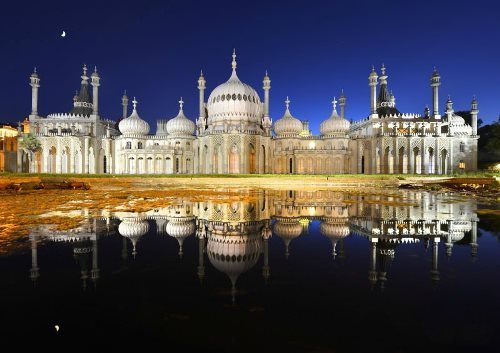 Brighthelmstone was a little fishing village in the mid-eighteenth century. Most of the people living there were very poor. Then Dr Richard Russell said that drinking or bathing in seawater was extremely good for you and Brighton’s seawater was the best of all! So, Brighthelmstone became Brighton, a fashionable seaside resort.
The most famous visitor to Brighton in those days was King George Ill’s son. George III suffered from mental illness for some periods of his life. In 1811 he became so ill that his son was made Prince Regent. Regency Period lasted from 1811 to 1820. George III died in 1820 and the Prince Regent became King George IV.
In 1787 George asked the architect Henry Holland to transform the farmhouse where he first stayed into what became known as The Marine Pavilion. In 1815 George chose the architect John Nash to design what we see today, the magnificent Royal Pavilion. John Nash designed it in an Indian style. However, the rooms in the palace are mainly in a Chinese style.

George loved giving parties and holding banquets. The menu for Grand Duke Nicholas of Russia in 1817 had more than 100 individual dishes!
Butter was much more expensive than meat in those days and to show how rich the host was George’s French chef used lots of it in cooking.
George was so proud of the Great Kitchen that he often took his guests on a tour to inspect the room.
Music room is lit by nine Chinese chandeliers. The walls are painted with murals showing pagodas and Chinese landscapes. George was fond of music. He had his own orchestra. George would often entertain his guests himself by singing popular songs and playing the piano.
The Long Gallery was used for playing cards and after-dinner chats. Card games and indeed gambling were very popular during the Regency Period.
George wanted the Royal Pavilion to have as many modern conveniences as possible. By the early 1820s, the Pavilion had gas lighting, an under-floor hot-air heating system, hot and cold water. He also built 30 toilets for his guests!
Today, the Royal Pavilion is a museum.

Some Funny Facts about George IV 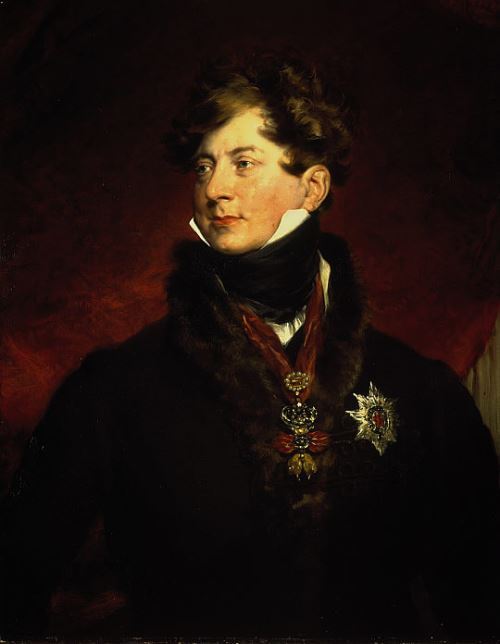 • When he was a little boy he wore identical dresses to his sisters because this was the fashion at the time. When he was old enough he wore small copies of the clothes worn by his father.
• George loved beautiful clothes and bright colours.
• George loved spending money. The problem was he spent far too much of it.
• By 1795 he had debts of £650,000 – today that would be about thirty million pounds!
• Parliament agreed to pay off his debts if only he married his cousin Caroline of Brunswick. George found her plain and untidy. Caroline didn’t like him either. Soon after their marriage George and Caroline agreed to live apart.
• George was fond of good food. By the time of his death his waist was almost 127cm!
• George was a great collector of fine art. He encouraged the arts, history and education in England. 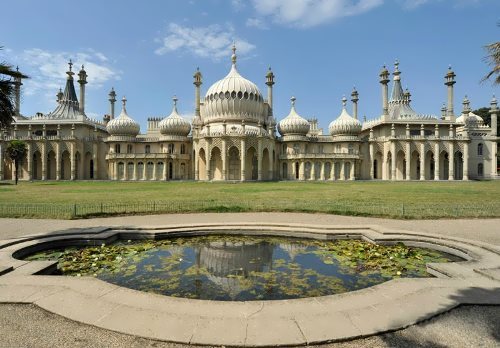 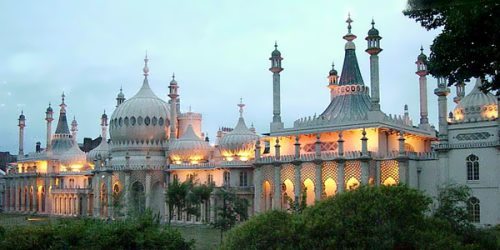 John Nash designed it in an Indian style 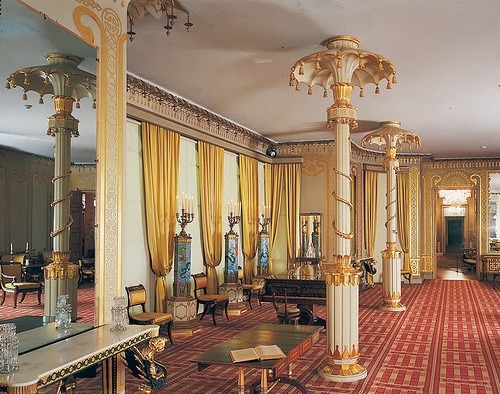 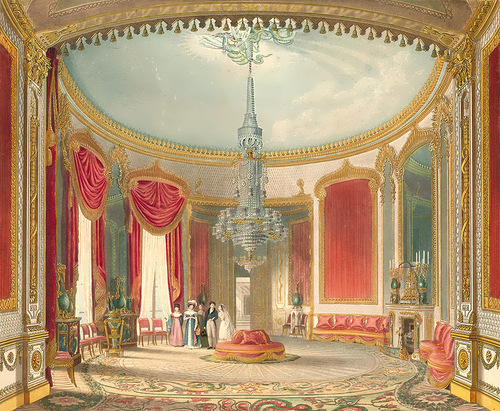 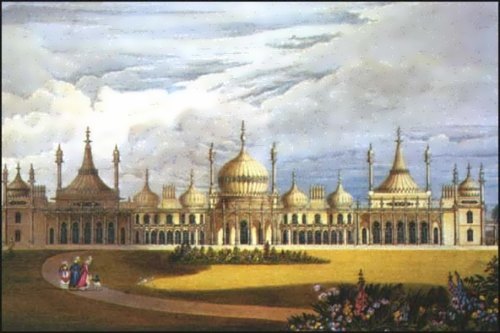 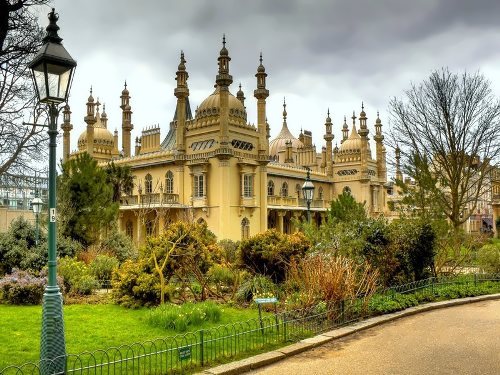 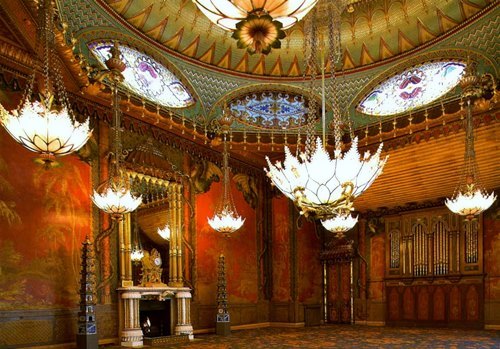