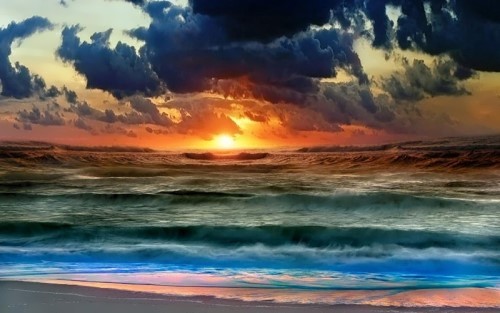 If you look at our planet from Space you will see it as a blue planet scattered with brown patches. The areas coloured blue are water and the brown patches are land. Over 70 percent of the Earth’s surface is covered with water, which forms a huge world sea, or ocean.
The Earth was born more than 4,5000 million years ago and there were no oceans on it. Our planet was too hot and water only existed as vapour. When the Earth began to cool down, the water vapour condensed into storm clouds, and rain began to fall. Rain water began to form pools on the surface. Nearly 1,000 million years later the oceans were born. The oceans and continents are still on the move and they couldn’t be in the same places as they were.
Some people think that the sea floor is flat but they are wrong. There are vast plains, high mountains and deep valleys on the seabed. The deepest valleys and tallest mountains on Earth are found under the sea.

Underwater world is very rich in plants and animals. Most of them can be found in the upper 200 metres of the ocean. No light at all can reach depths below 1,000 metres, yet life still exists. Strange-locking fish with enormous teeth and luminous bodies can be met there. There are creatures that we have probably never seen.
The ocean is a fascinating and mysterious world. But it is fragile too. 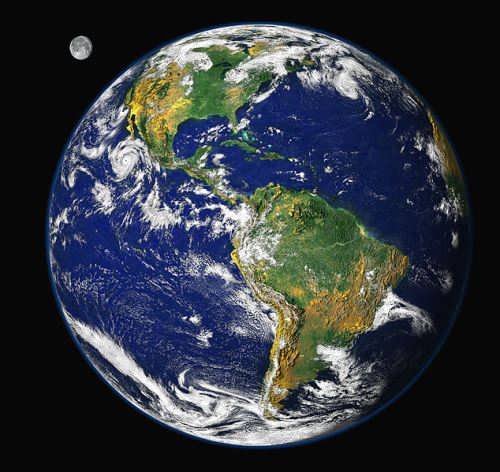 SOS — Save Our Seas!
The Earth would be just another rocky planet circling the sun without the ocean. The ocean is very important for us. It gives us food, energy and minerals. It regulates the air temperature and helps to keep the environment healthful.
But it seems to me that people are eager to kill it. Ships dump toxic waste, tankers leak and spill oil, boaters throw trash overboard…
But YOU can help!
Don’t throw plastic bags, bottles, etc. in or near the water. Sea birds, turtles, whales and other sea animals often mistake plastic things for food and die.
People should know that almost all water usually flows into the sea, what we do inland can affect the oceans.
Take part in beach clean-up projects. 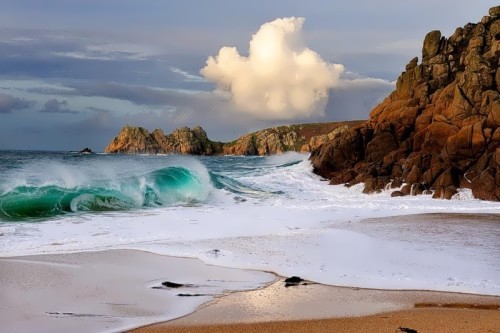 Did you know?
The body of a grown-up person contains about 13 litres of salt water. So we have a bit of “ocean” inside us.
The Pacific Ocean is the largest of all oceans. It covers nearly a third of the Earth’s surface.
Giant kelp, a large brown seaweed, may grow up to 50 metres long, forming great underwater forests in the ocean.
The deepest known spot is in the Mariana Trench in the western Pacific Ocean. It lies 11,033 meters below sea level. And the world’s highest mountain is 8,848-meter Mount Everest. 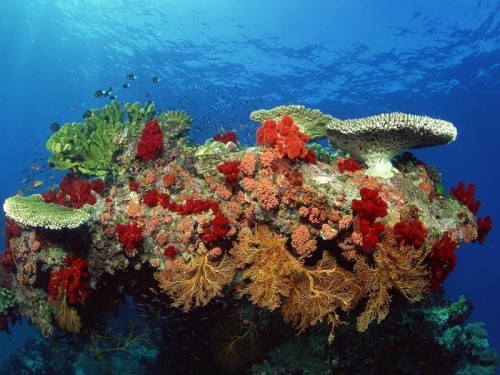 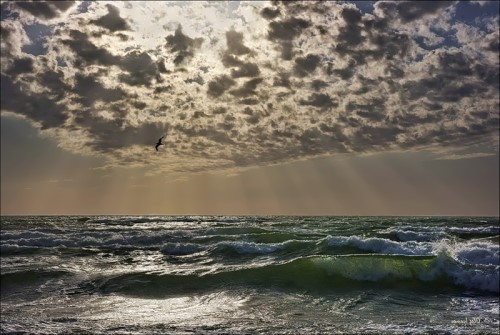 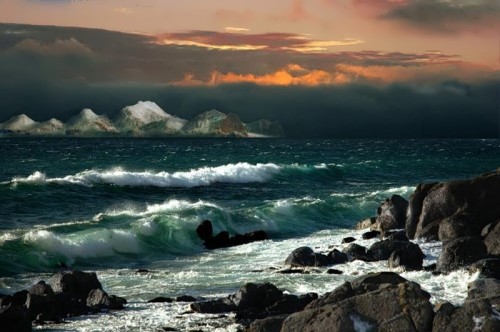