« The rose – myth and meanings
Some facts about lemurs » 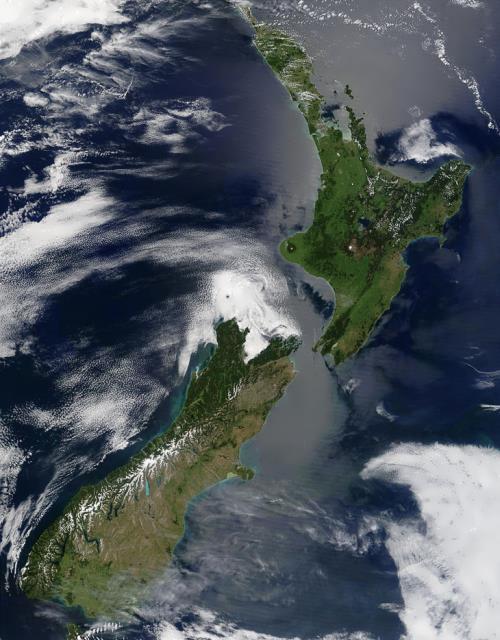 The night sky can glow with strange swirling lights, and the cold of winter comes when summer arrives in Russia. There are volcanoes, rivers of ice and hot lakes of extraordinary colours, forests are full of strange trees here.
New Zealand located in the Pacific Ocean. It is a country of islands. The country’s nearest neighbour is Australia, which lies more than 1,600 km northwest of New Zealand.
The country has another name, Aotearoa, which means “the land of the long white cloud” in the Maori language. The first Maori came from Polynesia and settled in New Zealand about a thousand years ago. They were excellent sailors and fierce warriors.
Abel Tasman gave the country its present name. Zeeland means “Sea Land” in Dutch.
In 1769, the English explorer James Cook claimed New Zealand for Britain. 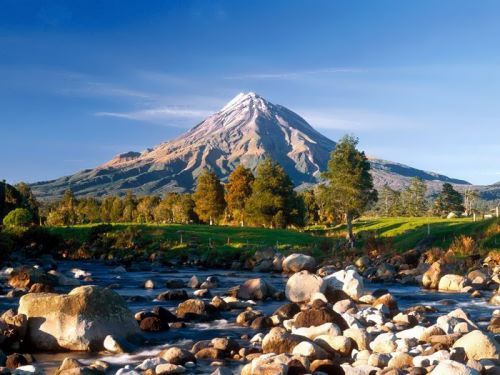 New Zealand is one of the least populated countries in the world. A little more than 4 million people live there.
It is a land of volcanoes. Most of them are sleeping, but some are active and the most active is the White Island volcano. It last erupted – without warning – in 2000.
The largest lake in the country is Lake Taupo. It was created by the most violent volcanic eruption the world has ever seen! It was so big that its ashes reached China and Europe. 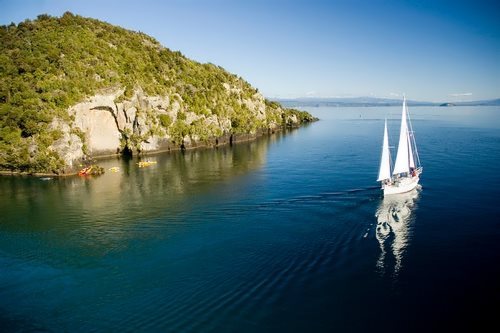 The highest mountain is Mount Cook, which is 3,764 metres high. It was named after the famous English explorer, Captain James Cook.
The famous Tolkien’s trilogy, “The Lord of the Rings”, was filmed in New Zealand. Hobbiton, the village where some of the Hobbits lived, was created on a picturesque private sheep farm in the North Island. You can still see Hobbit holes and some structures from the film there. 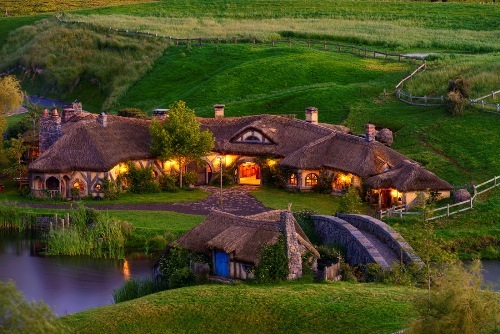 The most unusual place in New Zealand is probably Rotorua, a city in the northern part of the North Island. It was built in the heart of a volcanic crater. Here the air smells of eggs, and steam and hot water explode out of the hot ground. The hot water lakes in Rotorua are of extraordinary colours: yellow, green and even orange! And there are pools of natural hot water where you can swim. 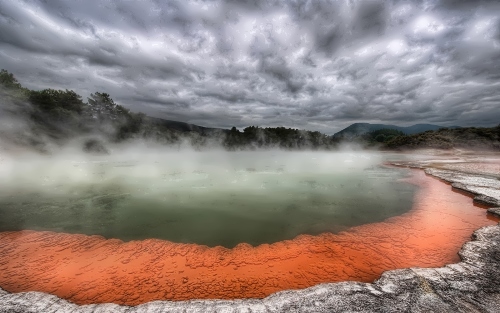 In the south-west of the South Island, where land and sea meet, is one of the most beautiful places in the world – Milford Sound. No wonder Rudyard Kipling called it ‘the eighth wonder of the world’. This is a place of breath-taking views, hundreds of waterfalls and fairy-tale wildlife. 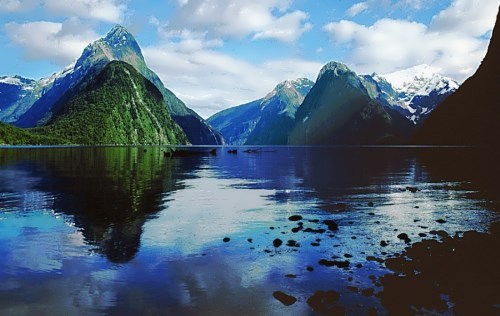 The oldest tree in New Zealand is Tane Mahuta (it means ‘Lord of the Forest’ in Maori). It is estimated to be between 1250 and 2500 years old! 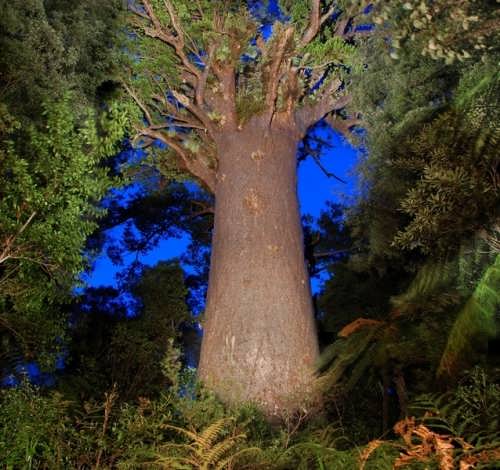 There is a beautiful pohutukawa tree which has red flowers at Christmas time. It is called New Zealand Christmas tree. 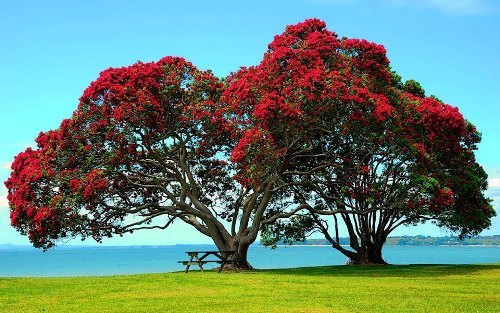 The kiwi is the country’s national bird and emblem. This bird has nostrils at the end of its beak and it can’t fly. Kiwis are fast runners and fierce fighters. Unlike other birds, they have very strong legs. They have four toes on each foot, each with a large claw. The claws are very useful when kiwis are facing enemies. They eat berries, seeds, worms, spiders, insects and small frogs. Their strong sense of smell helps them to find food.
New Zealanders themselves are sometimes called Kiwis. A fruit and even an airline are named after the kiwi too. Pictures of the bird can be seen on New Zealand’s stamps and coins. 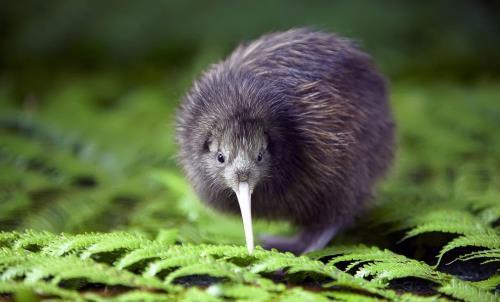 Many sports teams in New Zealand use silver fern as an emblem.
New Zealand is the only place in the whole world where tuatara can be found in the wild. Its relatives were dinosaurs that died out 150 million years ago. The creature has a third ‘eye’ on its head. 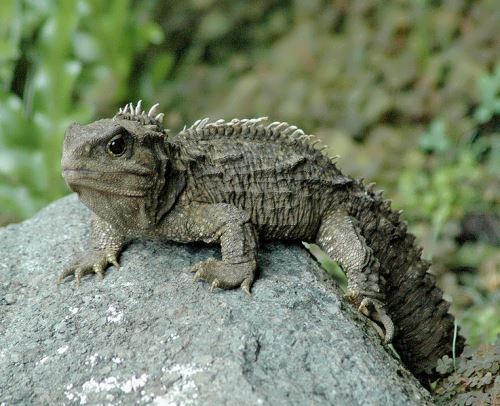 Interesting facts
– In 1893, New Zealand was the first country to let women vote. Today, it is the only country in the world in which all the highest offices are occupied by women.
– The New Zealand flag (just like the Australian flag) has the British flag in the top left-hand corner. New Zealand is still a monarchy and Queen Elizabeth II of Great Britain is also Queen of New Zealand. But now New Zealand is an independent state. 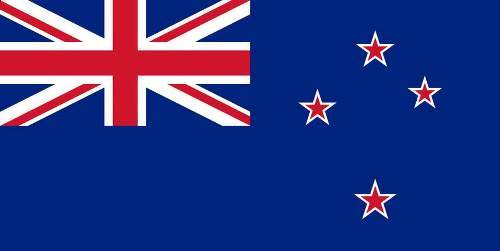 – New Zealand is one of three countries in the world with two official anthems. The first is “God Save the Queen” (English national anthem), and the second – “God Defend New Zealand”. Two hymns are used in Denmark and Canada.
– The country does not have any nuclear power plant, as the government announced a nuclear-free status. 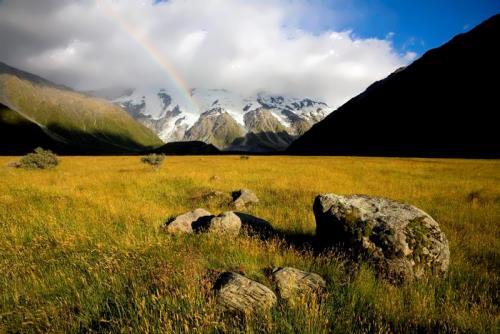 Auckland is the biggest city in New Zealand. It is an important business and industrial centre.
Its history began when the Maoris people settled there. The first Europeans came there in 1840. Auckland used to be the capital of Zealand.
Auckland is often called ‘City of Sails’ because it is an ideal place for water sports. It is famous for its beaches and nice fishing places.
The only bad point for visiting Auckland is the ticket price. It will take you twenty-four hours to get from Europe to Auckland.

There was once a very beautiful girl called Hinemoa who lived on the shore of a great lake in New Zealand. In the middle of the lake there was a small island.
Girl’s father was a local chief. He adored his daughter and wouldn’t let anybody marry his Hinemoa. Many handsome young men asked for her hand, but not one of them was good enough for his daughter.
One day there was a great feast. All the young men danced and sang at the feast hoping to win the heart and hand of the young lady. Young Tutanekai was the best dancer. He lived on the small island in the middle of the lake. When Hinemoa and Tutanekai saw each other, it was love at first sight.
Night after night Hinemoa began to think about Tutanekai. One day she told her father about her love. The old chief got very angry. He said that Tutanekai was handsome but he was not of noble blood and that he would never let her marry him.
Tutanekai was very unhappy. He had met the girl of his dreams but he knew that her father would never let them be together. Night after night Tutanekai would think of Hinemoa and give voice to his emotions on his flute. Hinemoa listened to this beautiful music and cried.
One day Hinemoa and Tutanekai finally had a few moments together alone. Tutanekai offered Hinemoa to come to his island with him.
‘It’s impossible,’ replied Hinemoa. ‘They would see us and bring me back and I would never be allowed to see you again!’
‘But you can do it at night. You can get to my island by boat.’
‘But how will I find you?’
‘I have a flute,’ said Tutanekai. ‘I play my music every night.’
‘I’ll be able to find you.’
Hinemoa loved Tutanekai, but she loved her father too. So she decided to speak to him again.
The chief became angrier. He ordered his men to take away all the boats from the water so that his daughter couldn’t go to the island.
When Hinemoa heard the flute at night she ran down to the water to find a boat. But there was none. Crying she returned home.
The following night Hinemoa once again heard her lover’s flute. She ran down to the water but she couldn’t find a boat. So the girl decided to swim to the island to marry the man who had won her heart.
Hinemoa entered the water. It was very cold. The night was dark, and she couldn’t see the island. But she swam for many hours listening to the flute. She became weaker and weaker in the cold water. She cried out in the darkness. Just then the moon came out from behind the dark clouds, and the girl saw that she was near the island.
When she reached dry land she found a hot spring. She entered the warm water, and quickly recovered strength.
Hinemoa and Tutanekai got married and lived happily ever after.
The hot spring which gave her life and strength back is known even to this day as’ Hinemoa’ Bath.