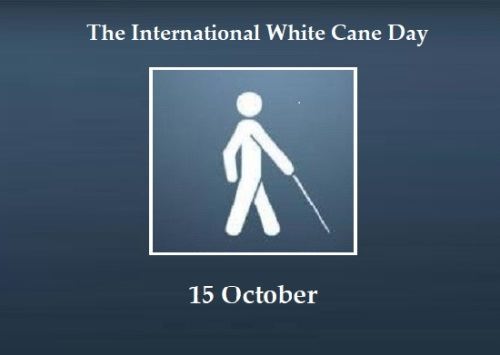 Traditionally, the international community celebrate many noteworthy and memorable dates on the calendars. And among them – the International Day of the White Cane, established October 15, 1970 on the initiative of the International Federation of the Blind. However, this date is not a holiday, but a kind of sign of trouble, reminding the society about the existence of a number of people with disabilities. It is about help and about solidarity. Indeed, the main goal of this Day is to once again draw public attention to the problems of blind people. Sometimes unnoticed for a long time, they live next to us and do not see all the colors of the surrounding world. This is the date to understand and accept each other as we are. With all the virtues, negative and positive aspects of the character, complexities and specifics.
Noteworthy, White cane is a green traffic light for the blind and a warning sign for the drivers of the vehicle. For example, when raised, it means drivers should stop, even in those places where there is no pedestrian crossing. Also, there is also an additional sign “Blind pedestrians”, installed in places where blind people often move.

Meanwhile, the history of the white cane, as a symbol of blindness, originates in 1921. Once, in the British city of Bristol lived a young professional photographer James Biggs, who lost his sight after the accident. So, it became necessary to start a new life, and he began to learn how to walk the city by himself with the help of a cane. But soon he realized that neither his passers-by nor the drivers reacted to his black cane. Then he painted the cane in white, and it became noticeable. This innovation was picked up by all the blind not only in England, but throughout Europe and America. 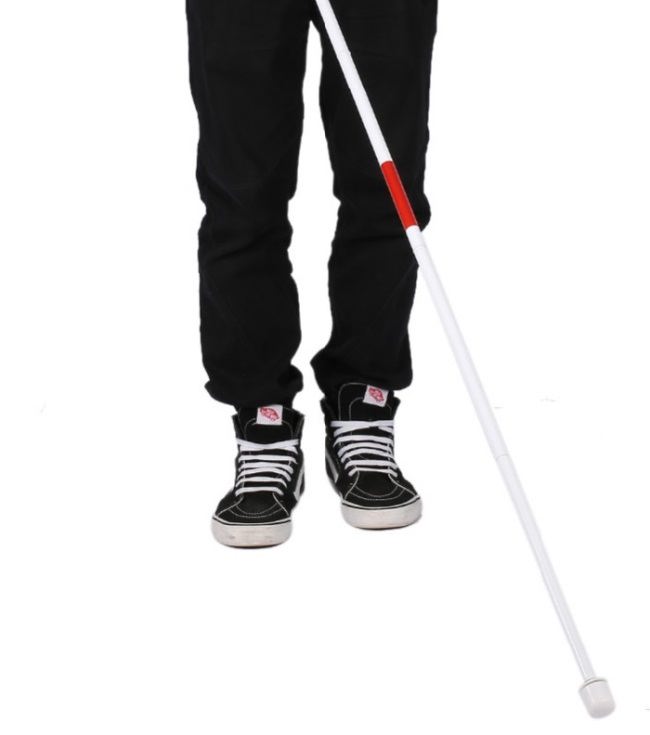 In fact, white cane is a traffic light for the blind

In general, the cane is not only a symbol of blind people, it is their instrument, and their “eyes”. After all, the sound of hitting a cane against a sidewalk or a pavement allows the blind to hear the surrounding space and feel “high” obstacles (for example, houses, trees, poles, parked cars). In addition, sliding the cane along the road surface helps determine the presence of “low” (curbs, steps, hatches). 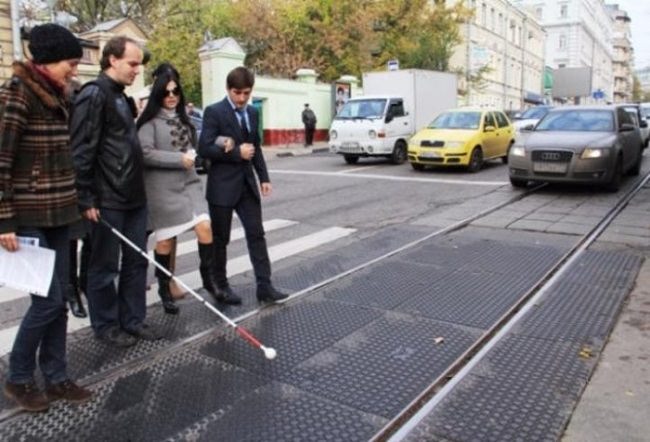 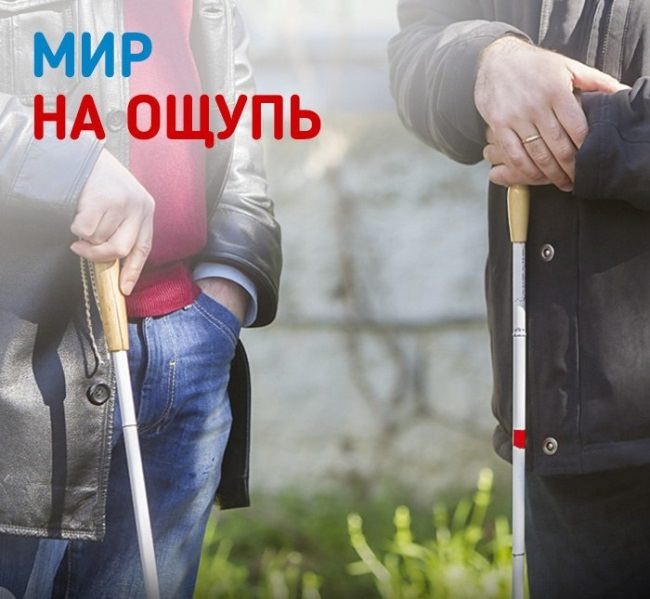 Somewhere in Russia. Action – A man with a white cane 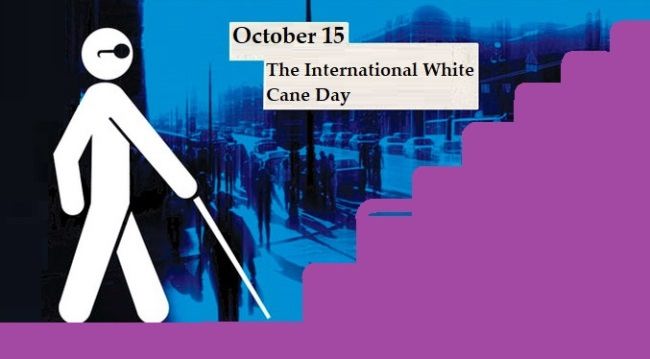 You probably met these people – they usually wear sunglasses, have a white cane, and sometimes a beautiful dog, a guide. The International White Cane Day – 15 October