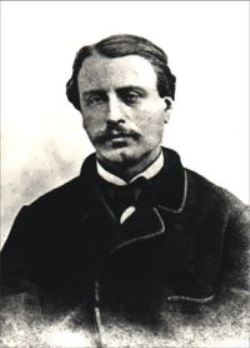 Florimond Hervé (1825-1892) was a legendary French composer, father of operetta. He wrote more than 120 operettas, he also wrote masses, motets and other spiritual compositions. The best of his operettas were prompted by stories that he got in… a madhouse.
Very sad seventeen-year-old young man was walking through the streets of Paris. He learned to play the organ, but a professional organist came to the church, which sheltered him. He didn’t have a musical instrument anymore.
Suddenly he heard a voice: “Here’s your future!” And the boy heard the sound of the organ. He saw the old church and decided to enter. The church was silent. Florimond saw the organ and began to play. The priest heard his musical improvisation and came to him: “Providence has led you into, my young friend! We really need an organist!”
Florimond was surprised: “But I heard that someone was playing the organ!”

“It’s impossible. Our organist died yesterday. But if you hear the music, then it could be a sign. Do not want to be our organist? “- the priest asked.
Florimond was delighted: “Of course! But what is this church?”
“This is the church in the most famous psychiatric hospital in Paris!”
In the spring of 1842 Florimond began playing for patients. Soon he noticed that music soothes them and decided to create a choir. At first it was something awful, but many patients got over severe depression. The organist began composing “musical pills”, tiny cantatas, and they helped!
In 1847 Florimond met comic actor Désiré, who ordered the music for his benefice. Thanks to the actor the organist got small roles at the theater in Montmartre. But he didn’t get any money for his work. Florimond continued to work in the church and secretly went to the theater, otherwise he could be expelled. The director of the theater decided to stage his musical extravaganza “Don Quixote”. Florimond rehearsed a major role. When the director asked his surname for the poster Florimond’s heart sank. If someone from the church found out that Florimond Ronge performed on stage it would be a terrible scandal. He decided to take a pseudonym – Hervé. So his double appeared.
Something strange began to happen in the church. When Florimond was going to go to the theater, he heard strange noises, candles faded and the door closed. One day he went to the church basement and suddenly saw a funeral procession.
“What’s going on?” – scared Florimond asked. “We are burying Mr. Ronge!” – someone shouted from the crowd.
If you work in a mad house you could become a patient in a very short.
Florimond fled to the theater. And he realized that there was no Florimond Ronge anymore, but there was Florimond Hervé.
On April 8, 1854 the composer opened his own theater on the Boulevard du Temple, it was the first operetta theater in the world. The audience was thrilled and demanded more and more. Hervé could not cope with the work and invited his fellow composers – Leo Delibes and Jacques Offenbach.
Censorship allowed the theater to stage performances only for “two voices”. And what if deaf, dumb or crazy hero appears on the stage. He saw many of them in the mental hospital.
Once maestro recalled one patient, who imagined himself a “cut off head of the revolution”. So the “head” (it is not the whole man) appeared on the stage with two other characters. It could sing and speak. The audience was delighted.
Hervé wrote plays and music, staged performances and played roles there.
One night in 1869 he had a dream: mad people were dancing cancan and exuberant “Faust” shouted: “Mephistopheles is a woman! But no one had guessed!” So Little Faust appeared. 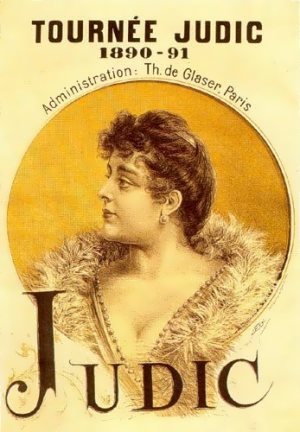 In the 1870s, the theater was closed. Sitting at home alone the composer began writing spiritual compositions again. At the beginning of 1883 Anna Judic came to his house. Once she sang in his theater, but then went to Offenbach. The aged prima began to lose her voice. She asked Hervé to compose an operetta without any technical difficulties for her. And he decided to write an operetta about his youth, about the young composer Floridor who wanted to write operettas, but had to teach music to pupils of the monastery, and about the young pupil of the monastery, who dreamed of the stage.

Operetta Mam’zelle Nitouche was a huge success.
The author of the operetta stopped leaving the house, avoided any guests, as if the last operetta took all his joys and happy mood.
Ironically, Hervé was back in the church, where he worked as an organist. He wasn’t a musician any longer, but a patient of the most famous psychiatric hospital in Paris. He died on September 4, 1892.
Two days later, the lead actor José Dupuis angrily rushed to the theater: “Why was only I at the funeral?”
It turned out that the actors did not know anything. But the next day they received the paper from the Directorate: “Hervé’s funeral will be tomorrow”.
The artists were shocked, but they came to the funeral. There was another Hervé – scientist Sinologist.
Returning to the theater, Dupuis grimly joked, “Hervé performed an encore!” 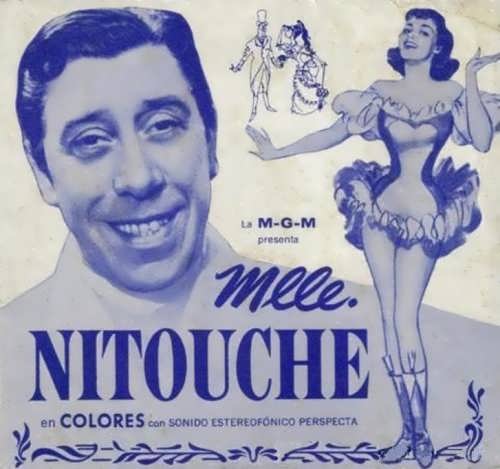 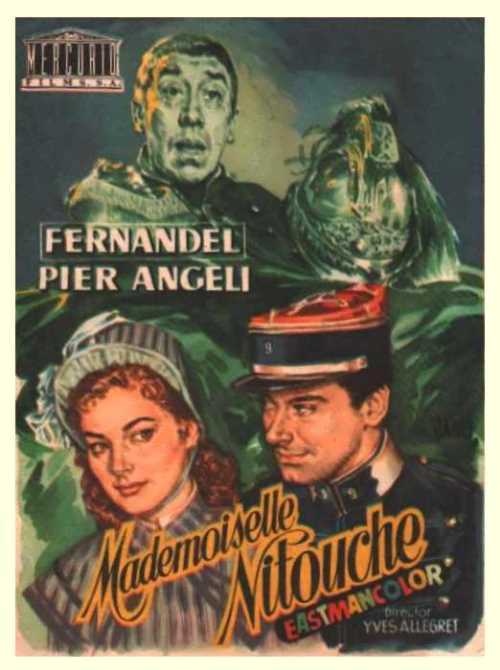