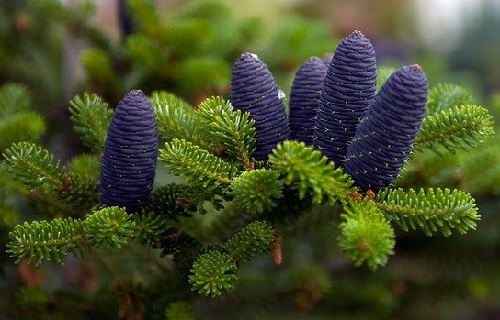 Spruce Cones colors. Korean Spruce medium-sized evergreen young tree has thin, yellow, yellowish-red or yellowish-brown cones; as they grow they become darker, up to three years – a reddish-brown or gray-brown. Winter conical buds are reddish-brown, conical-ovoid, slightly resinous. Needles are green, with a bluish tinge, tetrahedral, 1.2-2.2 cm long, 1.5-1.8 mm wide, with sharp or blunt ends, with two – four white strips. Korean spruce cones are blue, but the official biological reference stipulate that its cones are black, but the young plants cones have blue and blue-violet colors, and only to mature color thickens, becoming almost black.

In Near Eastern mythology, pine, a cone-bearing evergreen tree, is associated with the worship of the Great Mother goddess Cybele and her lover-consort Attis. On 22 March a pine tree was felled and brought into the goddess’s sanctuary. Its trunk was swathed like a corpse in woolen blankets and decorated with wreaths of violets, said to have sprung from the blood of Attis when he was castrated by a wild boar and transformed into a pine tree.

In Japan the pine is a symbol of longevity, constancy, and marital faithfulness under the spirits of Jo and Uba. 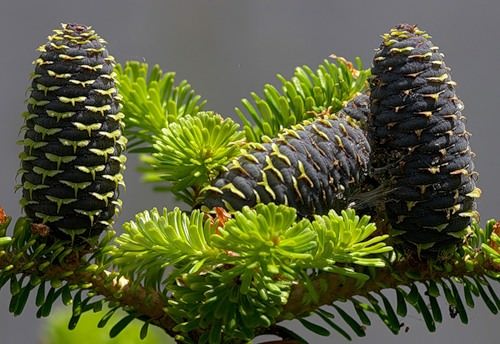 In modern day Germany and Austria, a pine is placed on a new building when the highest point is reached. This moment is the Richtfest (construction feast), and the owner must supply the workers with food and drink. This guarantees that the new inhabitants will also have enough to eat and drink.

In Greek mythology, the pine was associated with Dionysus, and in Greek art a wand tipped with a pine cone often is carried by the god or his worshipers. For the Romans the pine cone was a symbol of virginity.

Wonderful look of larch cones in bloom. This happens once in 2-3 years. Larch – the most massive conifer in Russia. In Siberia and the Far East, it occupies a huge area. 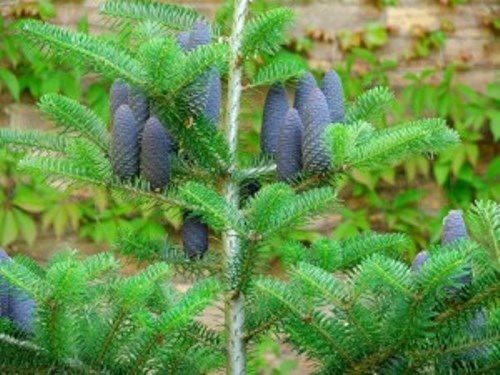 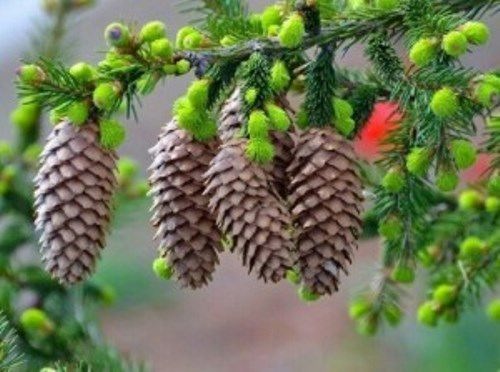 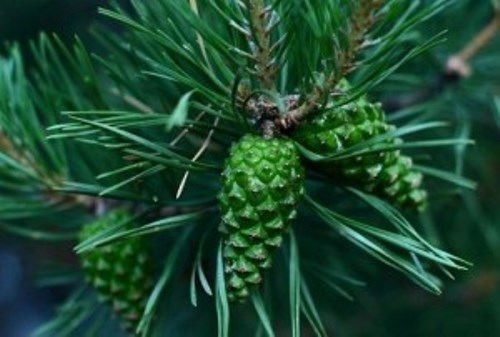 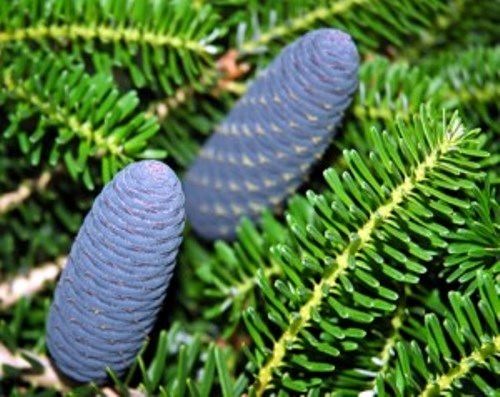 Korean spruce – its cones are blue 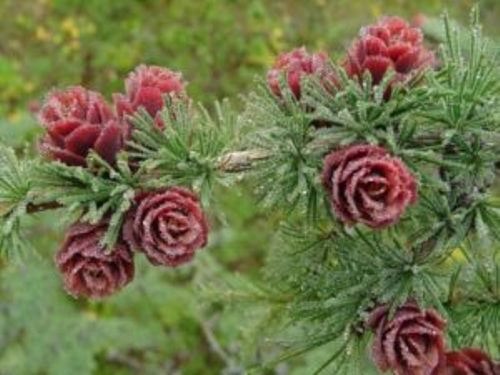 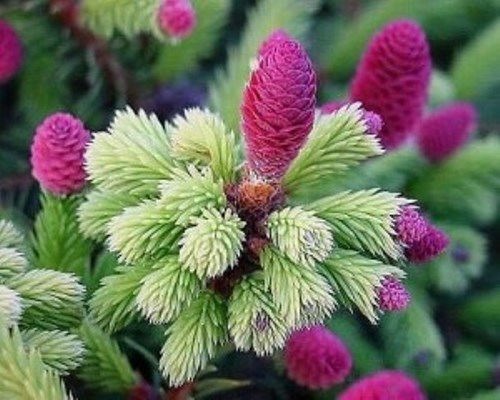 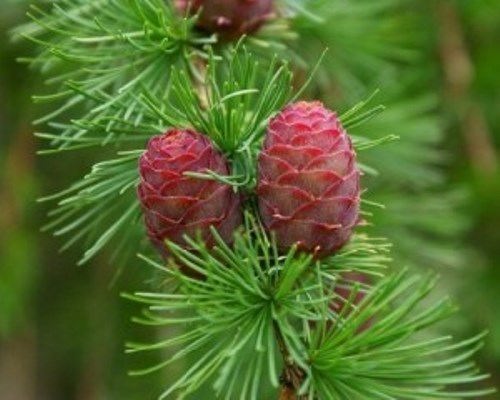 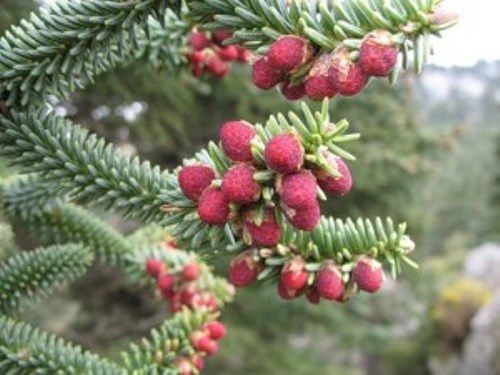