Snails belong to mollusks, which also includes oysters, clams, and squid. They are found throughout the world. Some live on land or in trees. Others live in water. Some of them spend the winter underground. Snails are one of the oldest inhabitants of the planet. Scientists claim that they appeared more than 500 million years ago. They can adapt to any environment and do not need a lot of food.
A snail has a shell, which protects it from heat and enemies. It has two long tentacles sticking out from the head. Each tentacle has an eye at the tip.
Snails eat plants and are eaten by snakes, toads, turtles, beetles, and birds.
Some snails may be only 2 mm in height, while other species may grow to 60 cm. Female snails are usually larger than males.

Snails and slugs are similar animals. The main difference between them is that a snail has a shell and a slug does not.
People eat some types of land snails.
The Iowa Pleistocene snail is a small forest snail measuring 0.8 centimeter wide. In late fall, they burrow in the soil and hibernate through the winter. On average, they live for five years. The Iowa Pleistocene snail is found only in one county in Illinois and two in Iowa. This snail lives in a very specific habitat. It inhabits cool, moist areas found around the entrances to caves or fissures. It has existed as a species for more than 300,000 years. 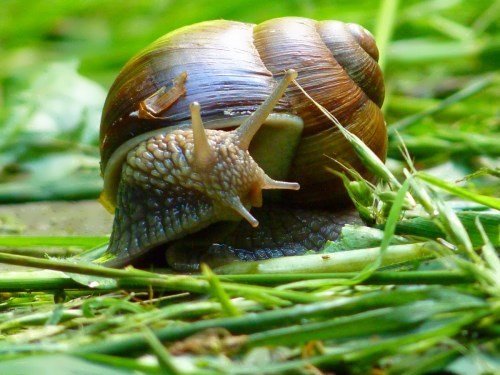 The brilliant color of the Manus Island tree snail makes it easily recognizable. Its shell, which is approximately 4 centimeters long, is intense pea–green in color. Biologists know very little about the Manus Island tree snail’s feeding and reproductive habits. Its shell has been traditionally used by Manus Islanders in decorations, and it is currently used in jewelry.
Snails live on average about 15 years. These lovely creatures live in small groups.
They have the most teeth – 25 thousand. Some snails eat everything: small larvae, grass, leaves, and worms.
Burgundy snail lives in France. It hibernates in winter and in summer it begins to “sing” – it produces sounds that resemble melodic singing.
They can carry 10 times more than their own weight. 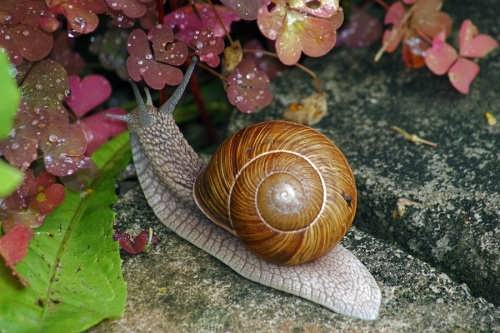 One of the largest grape snails was discovered in 1976. Its weight was 2 kg, and the length was 15 inches. However, the largest snail is the Australian sea snail. It weighs up to 40 kg and grows to 30 cm in length.
The color of the shell depends on the color of the soil and the composition of food.
In Egypt and Babylon, snails were considered a symbol of eternity and fertility. In medieval Europe, they seemed to be the embodiment of sin and sloth, because they were born out of the mud and fed on it, and later in the age of Protestantism they became an expression of modesty (I carry my everything with me). In Islam, it is a symbol of doubt. And for the Buddhists the snail is a symbol of patience. 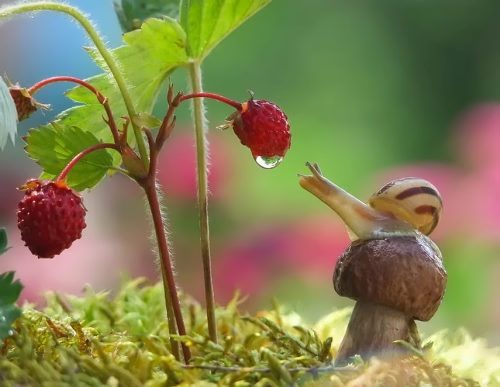 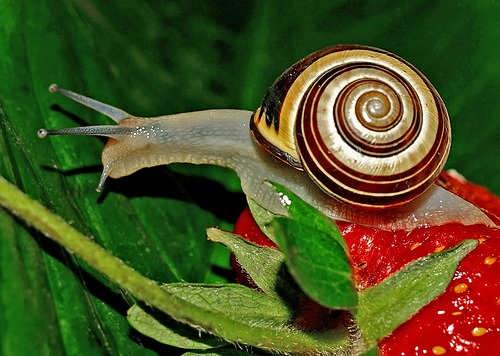 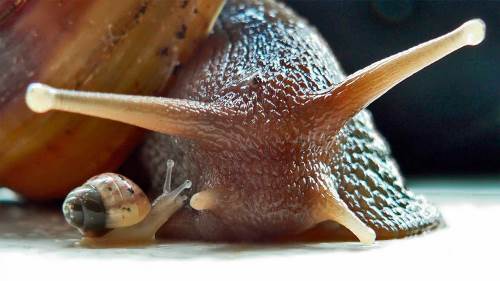 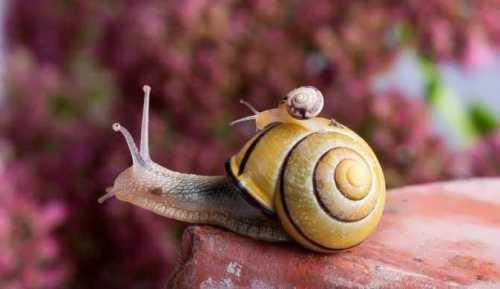 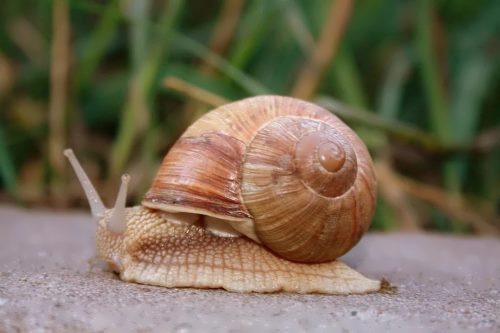 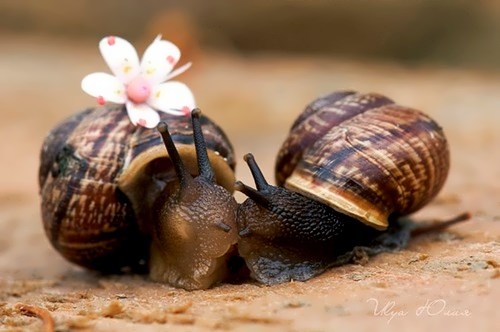 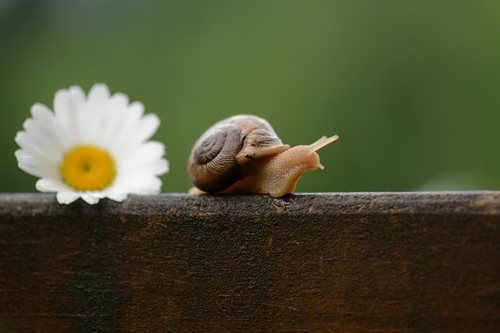 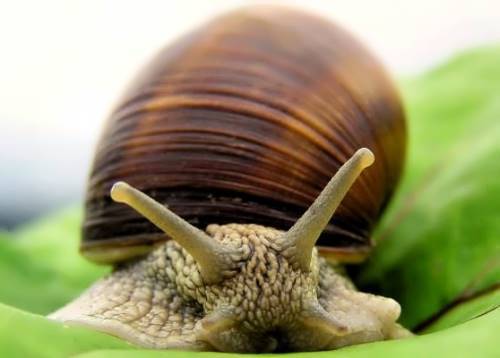 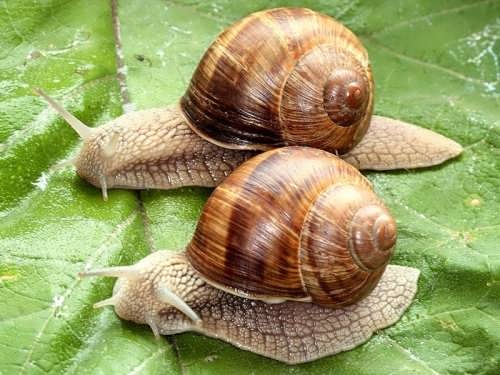 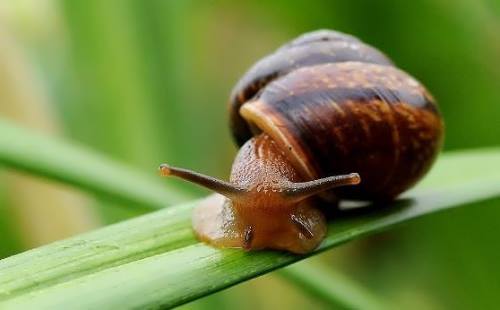 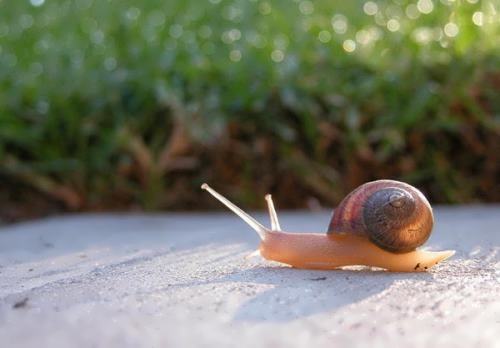 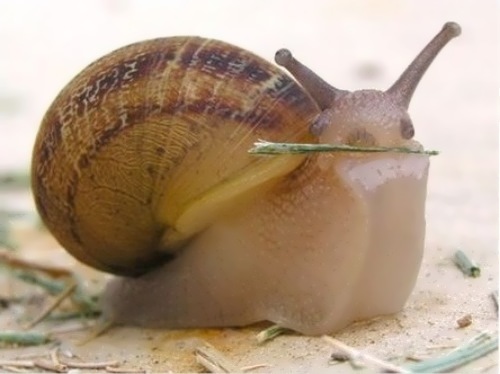 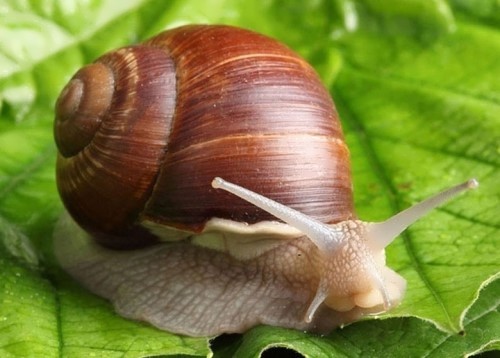 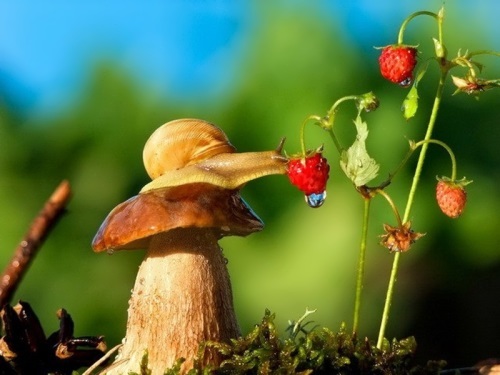 Snail on a sunny day 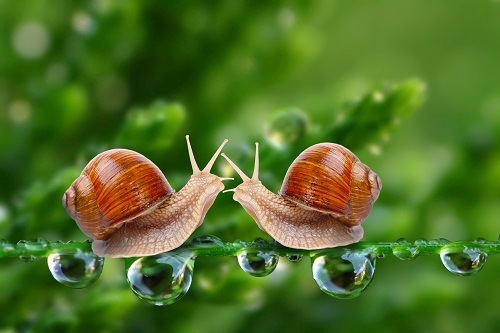 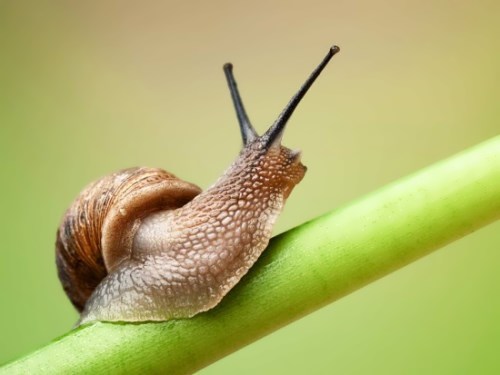 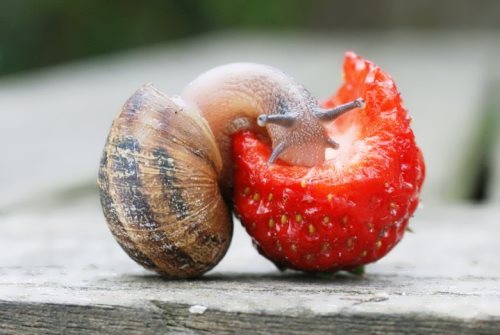 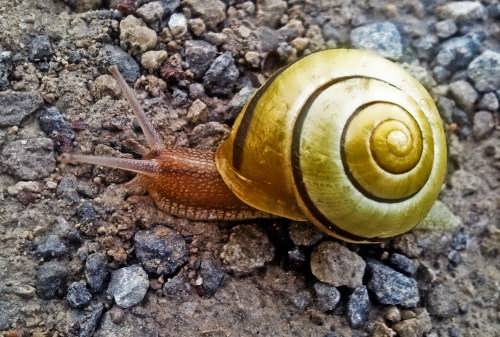 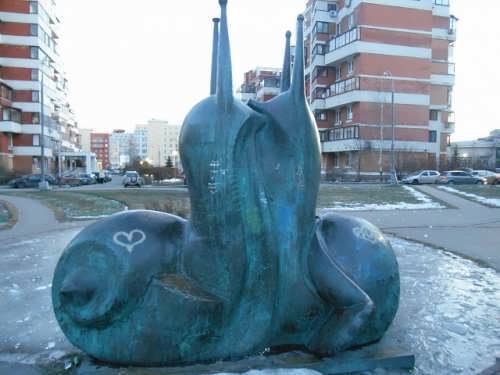 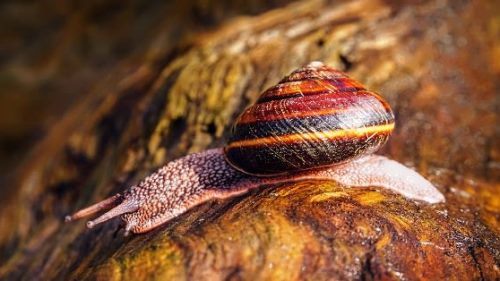 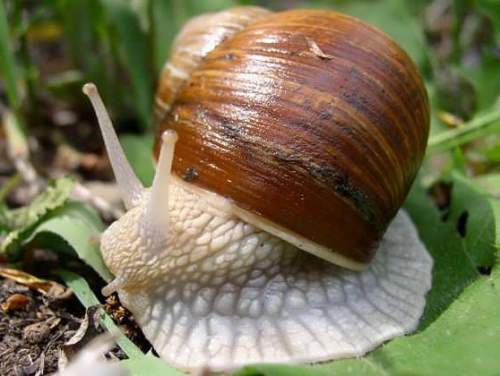 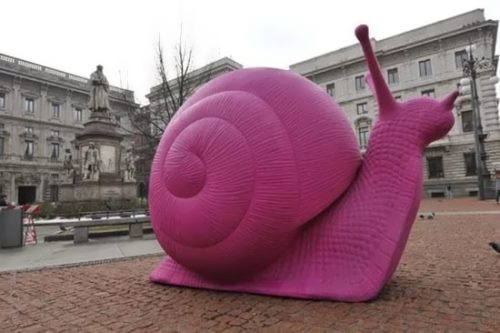 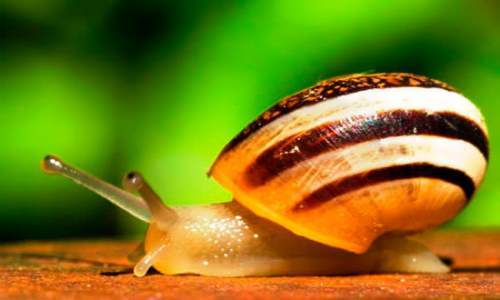 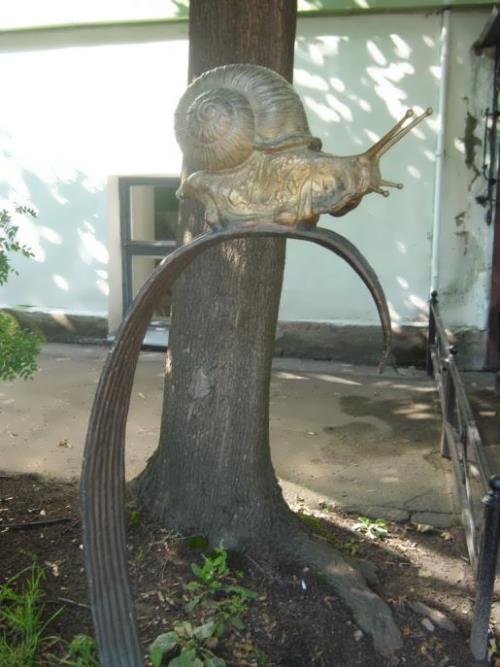 Sculpture of a snail 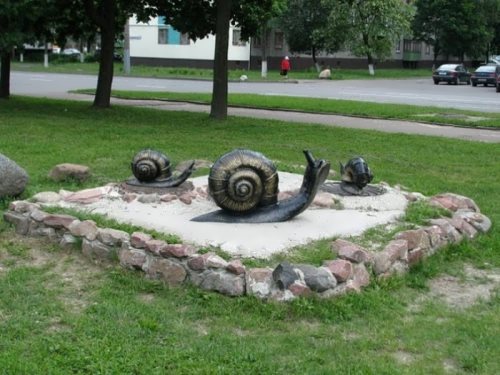