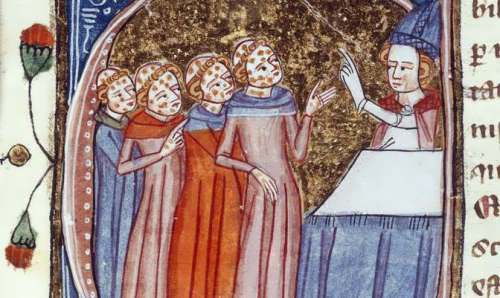 The Quran, holy book of Muslims, tells about the miraculous escape of Mecca from Prince of Abissinia’s troops. When in 569 BC war elephants reached the gates of defenseless Mecca birds with small clay balls in their claws came. The birds attacked the besiegers. They threw balls that killed soldiers, horses and elephants. These birds were called Ababil, which in Persian meant “smallpox”.
Aron, doctor from Alexandria indicated that a flash of smallpox almost completely destroyed the army.
According to genetic studies, the human smallpox virus evolved from camel pox approximately 20-60 thousand years ago. Descriptions of the disease similar to smallpox are known to mankind since ancient times. The first epidemic was presumably in ancient China around 3,000 BC. Traces of smallpox were found on some mummies in the Egyptian pyramids.

In addition to the Quran, a smallpox epidemic is mentioned in the Bible.
According to reports, the first smallpox spread was limited to Egypt, China and India. But then, as in the case of plague, because of the military expansion and the development of trade relations smallpox began to seize more and more territory.
In the IV century BC smallpox spread in China and India. Then lethal infection covered Korea, and later Japan. Around the same time, an epidemic of smallpox covered the Byzantine Empire. In the VIII century pandemic had covered Syria, Palestine, Persia, Sicily, Italy, Spain, and France. By the XV century all European, Asian and African countries were significantly depopulated. In 1577 and 1586 smallpox devastated France.
In the middle of the XVI century, smallpox spread to America, which immediately turned into a multi-million victims. Some tribes disappeared.
The researchers calculated that in the Middle Ages smallpox took approximately 700 million lives!
In the unequal fight against this deadly infection medieval doctors used different means: spells, prayers, magical amulets, magic powder, etc. As you can imagine, without any effect. The first major success in the fight against smallpox had been achieved through variolation. For the first time this way was described in the Indian treatises dating back the VIII century BC. They protected girls from smallpox scars to sell them in harems. By the X century variolation was already used in China, Scandinavia, and Siberia.
For the first time variolation was used in Europe only 800 years later in 1718 by the wife of the British ambassador in Constantinople, M. W. Montagu. She used variolation to protect her six-year-old son.
However, the variolation wasn’t very popular in the world, because it was too risky. In some countries, for example in France, it was banned by law.
In 1800, vaccination had been recognized as mandatory in the British army and navy. In 1807 Bavaria became the first country where the whole population was vaccinated against smallpox. At the end of the XIX century, vaccination spread in Russia. In 1936, smallpox was eradicated in the USSR.
In 1980, smallpox was declared eradicated throughout the world by the World Health Assembly.
According to some researchers, Britain used smallpox as a biological weapon against the French and American Indians in the Middle Ages.