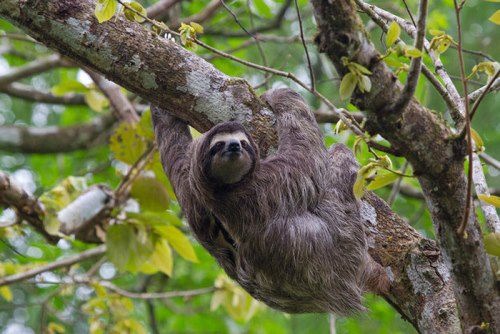 Sloths are slow-moving mammals that spend most of their lives in trees. They live in the tropical forests of Central and South America. They belong to order Edentata, which means “without teeth.” However, they have molars, chewing teeth, that have no roots and continue to grow throughout their lives. They are related to armadillos and anteaters.
Sloths can grow up to 69 centimeters long and weigh only about 4 kg. Sloths have flat faces on round heads, with round eyes, a round snout, and round nostrils. The fur is usually grayish brown or tan. They often have a greenish tint because of algae on their fur. This helps sloths to blend in with tree leaves. Their toes have long, curved claws, which the animal uses to grasp branches.

Their speed is about two meters per minute. Sloths move so slowly to save energy.
There are three-toed and two-toed sloths. The three-toed sloths are smaller than the two-toed. 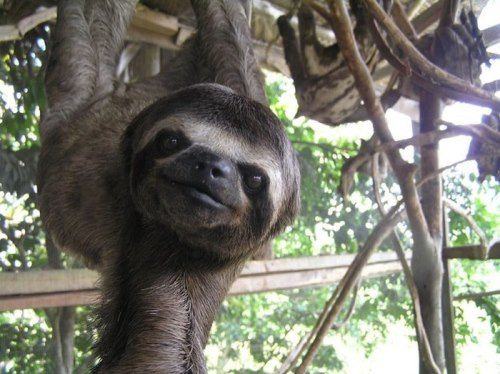 Sloths live alone and sleep most of the day. They spend at least 20 hours a day sleeping. During those remaining four hours, they eat. They are moving slowly at night and eating leaves and fruit. Sloths also can snack with some insect or lizard. Every sloth has its own diet, very complex, inherited from the mother. A female chooses three to four dozen species of trees from several hundred and feeds only on their leaves. And females of one species may prefer completely different trees. Such selectivity also excludes competition.
Sloths cannot walk that’s why they rarely come down from the trees. But they are good swimmers.
Female gives birth to a single baby, which is born up in the tree. The mother carries the baby until it is at least six months old.
The famed extinct ground sloth, Mylodon listai, which was about the size of an elephant, belonged to the two-toed family. The ground sloths were known and killed by early natives before becoming extinct.
Sloths are hunted for food and traditional medicinal purposes. 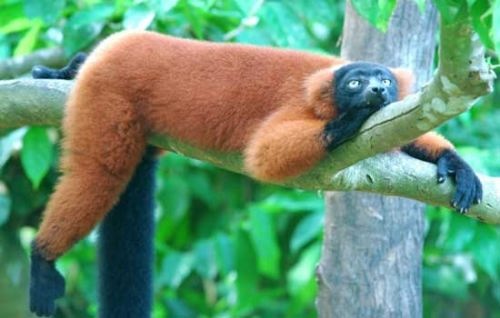 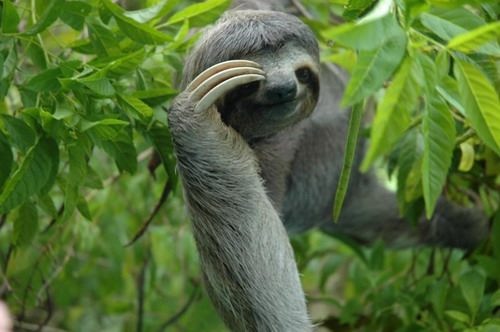 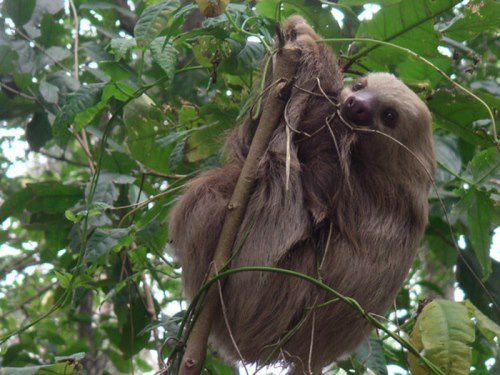 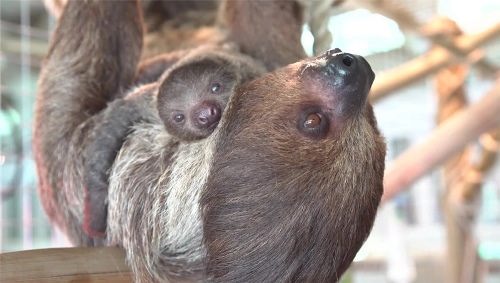 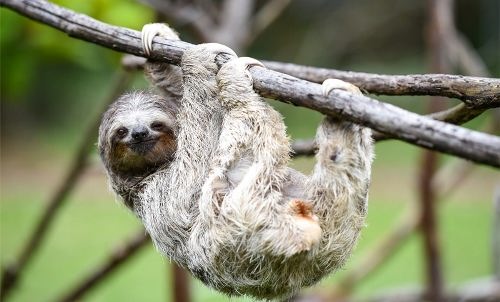 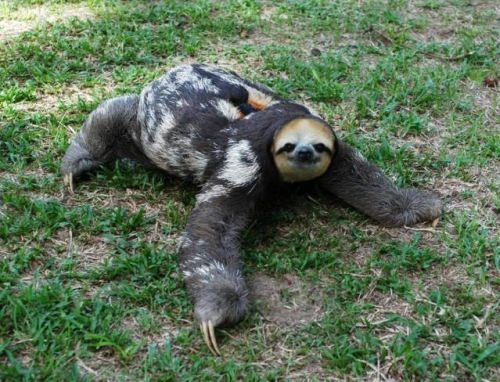 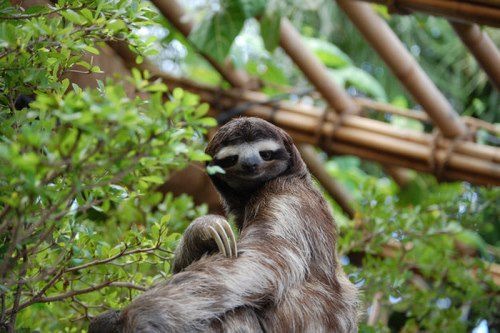 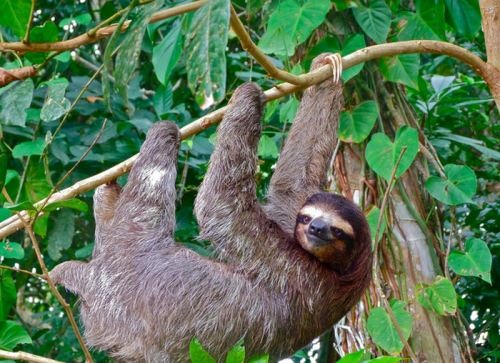 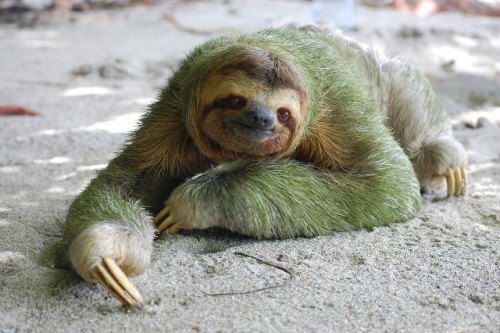 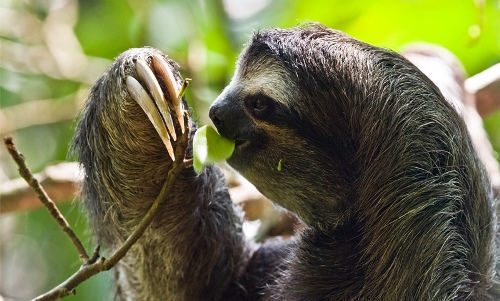 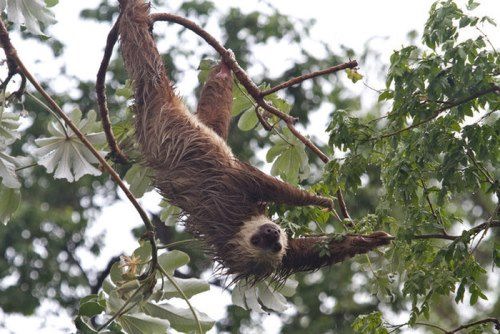 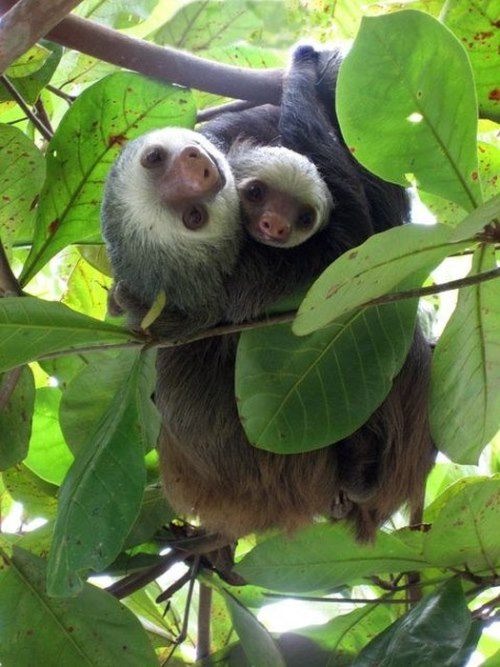 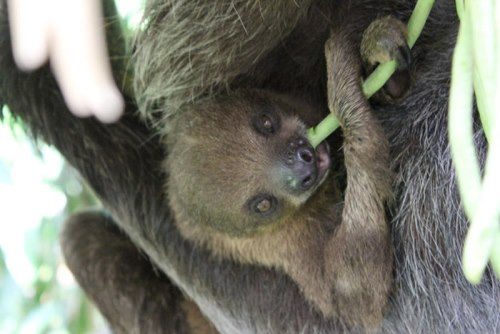 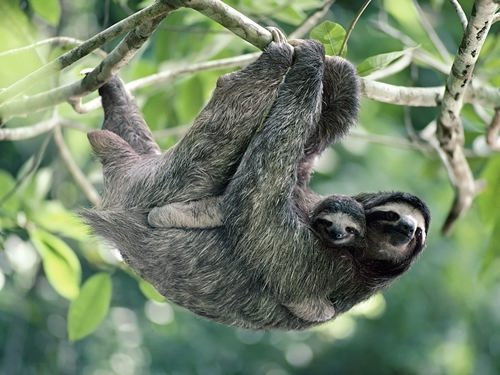 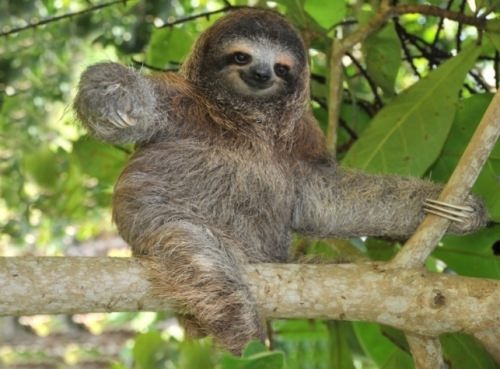 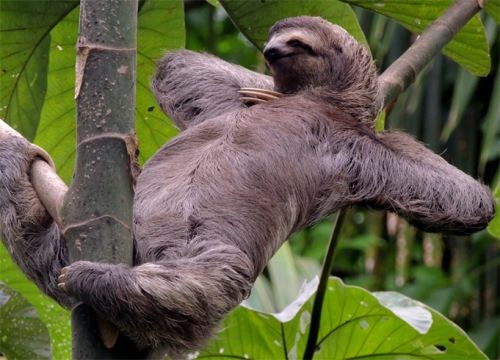 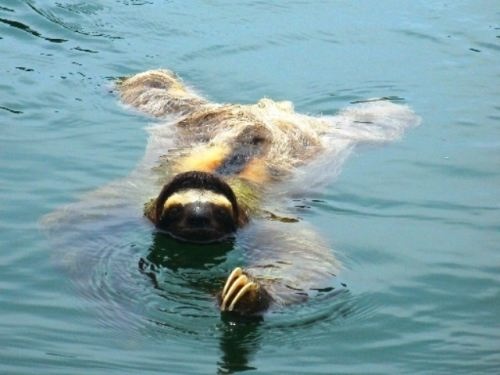 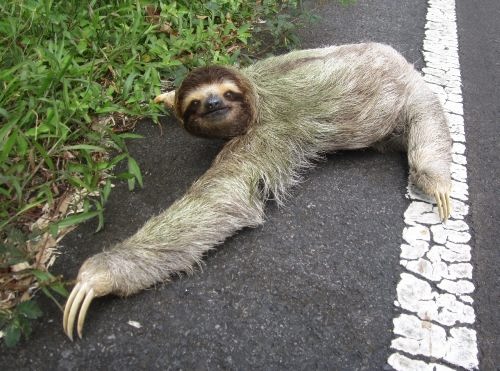 Sloth on the road 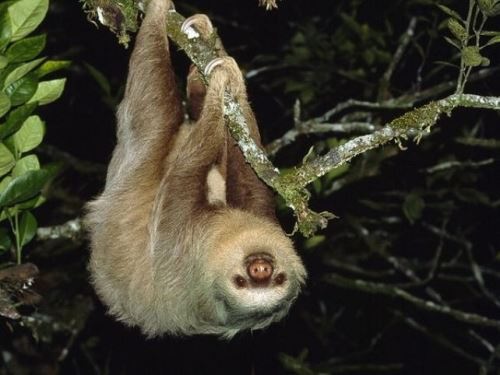 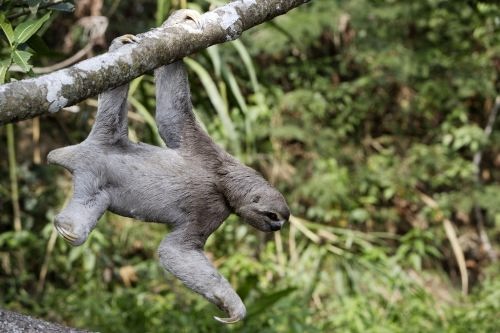