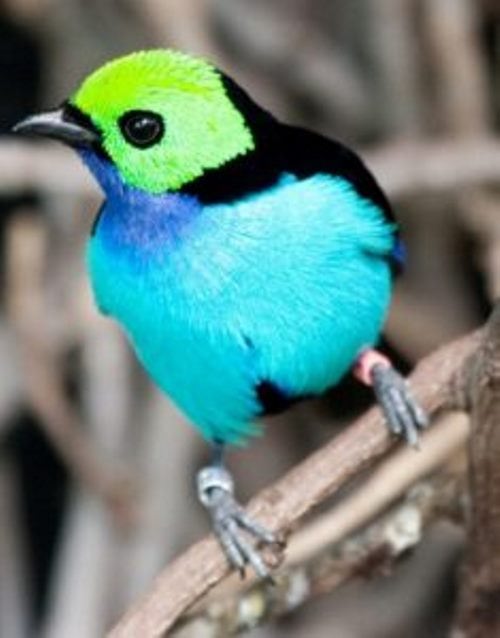 Painting feathers of Paradise Tanager, Generous Nature colored them in the most saturated hues. In particular, decorated its head with light green, almost neon, and feathers with abdomen – dark, turning into turquoise. And its tail and wings – with attracting attention – fantastic yellow. Besides, lower back of paradise tanager has blood-red color, and the upper part of the wings, tail and beak – black. The legs of the bird are grey. At home, in tropical rain forests to the east and north of the Amazon basin, Paradise Tanager (lat. Tangara Chilensis) is more commonly known as the “seven color bird”. Indeed, that suits best to describe its bright, iridescent plumage of different shades.

Externally, Paradise Tanager males and females do not differ from each other, and to determine which of them is male or female is possible only by watching their behavior – males are more melodious and, of course, do not lay eggs.

When a partner is found and the place for the nest is chosen, the beautiful bird almost all of the time will be in search of a suitable material for the nest – for this purpose fits well moss, twigs, and large leaves. After finishing the construction and laying two or three eggs, paradise tanager needs only two weeks to the hatching. 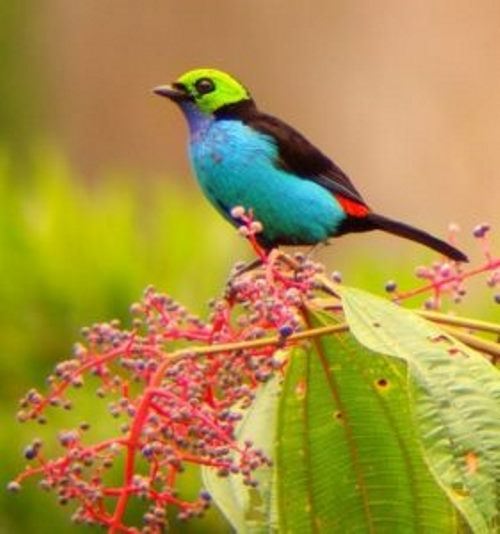 Seven-color birds build their nests on the top of the arch of evergreen rain forest, where they would be beyond the reach of predators and, last but not least, will hatch the eggs in a humid environment that would be beneficial for the health of future offspring.

Paradise tanager – a bird, to which can be easily applied the term “early bird”. Every morning, when other birds are still asleep, and only the mist descends on the earth, the colorful bird begins its morning exercise – preening the feathers, swimming in the drops of dew. When the neighbors wake up, these little iridescent birds will already be clean and well-fed.

Surprisingly, these colorful birds are practically impossible to meet in the southern part of the Amazon basin, as well as in open areas – they live just north of the deepest rivers of the world and only in the rain forests. Bright color, or perhaps sociable nature, attract to them representatives of other species, who are happy to spend time with their relatives. 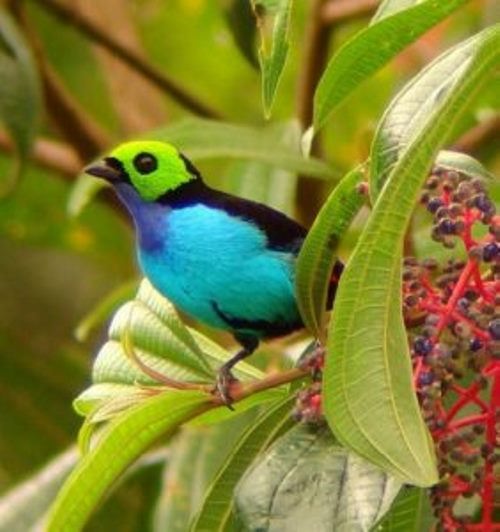 Adult Paradise Tanager size varies from 13 to 15 centimeters, and it can live in the house as a pet. However, remember, that this bird – a resident of South America and, alongside with a large cage and a large number of drinking water, it needs a special diet in the form of fresh bananas, pears, orange slices, with the addition of various insects.
Source: liveinternet.ru/users/prostobastet 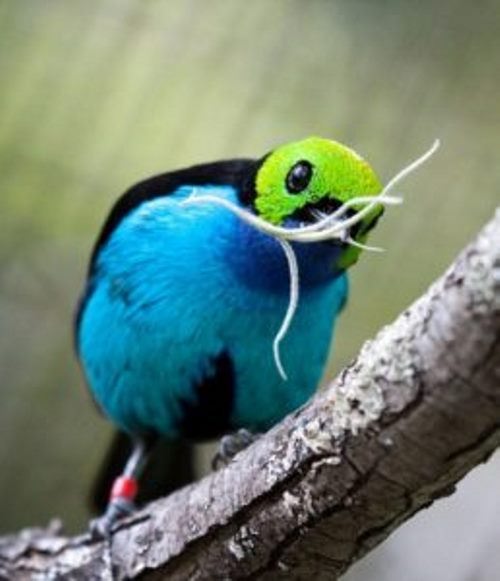 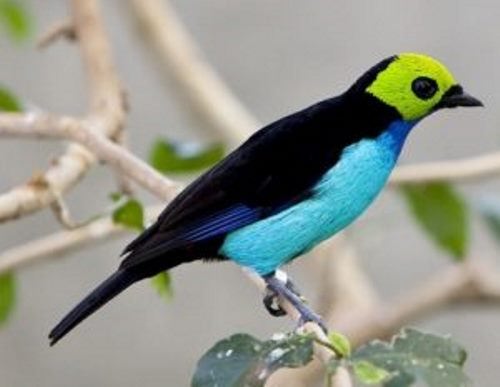 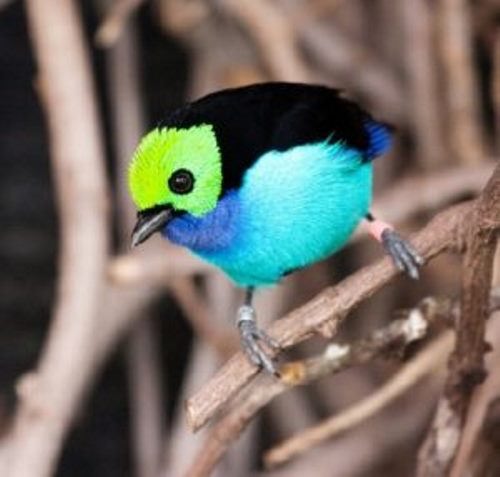