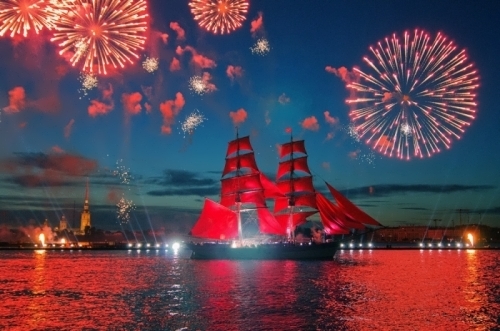 Scarlet Sails in St. Petersburg
White Nights Festival organized in St. Petersburg every year and is free to the public. The nights in the end of May are very short and you’ll see some fabulous colored skies. You’ll see some magnificent fireworks displays and hear lots of music, both classical and modem. And all this on the banks of the Neva River with the stately buildings brightly lit up.
Scarlet Sails, or Alye Parusa in Russian, is the grand finale of the festival. Amidst all the fireworks and music, a tall old-fashioned sailing ship with red sails proudly goes forth on the river. This symbolizes the end of the school year. Students from all over the world are there for the fun. Pirate ‘battles’ are enacted on the Neva, and there are rowing competitions and motorboat races. The tradition to celebrate the end of the school year began in 1968 in the City Palace of Pioneers. The show resembles a fairy tale in the real world.

Scarlet Sails originates in the novel by the Russian author Alexander Grin. He was inspired when he saw a model boat in a toyshop window. His book appeared in 1923, followed by a film in 1961. They tell the story of a young girl named Asole who meets a wizard. He tells her that one day a ship with red sails will come and take her away to a new and happier lie. This fairytale has come to symbolize an entrance to adult life and new prospects. Today in Russia a special chorus of over 200 children sings and plays musical instruments. Their prizewinning performances are recognized internationally and are an important part of the musical culture here.
The festival and the Scarlet Sails event are attended by over one million people each year, making it one of Russia’s most important celebrations.
Source: art-assorty.ru 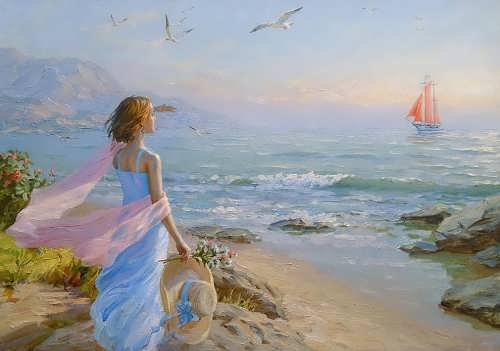 Asole is waiting for her destiny 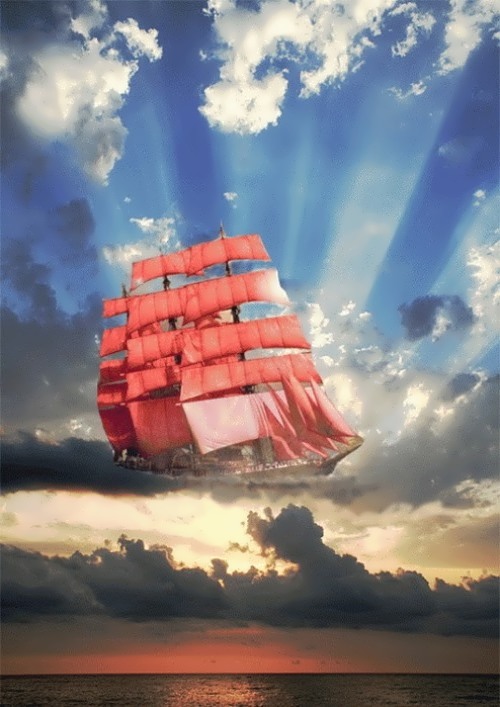 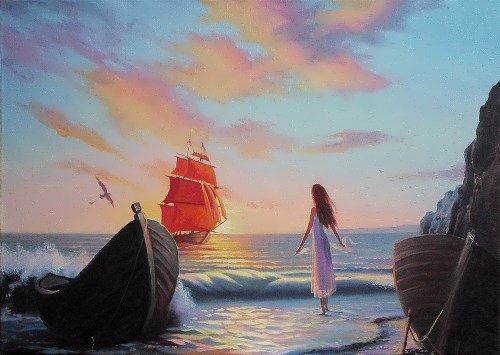 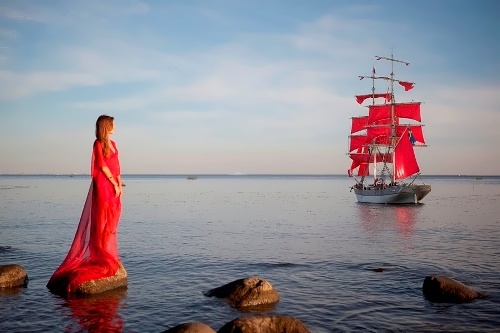 Asole is waiting for Grey 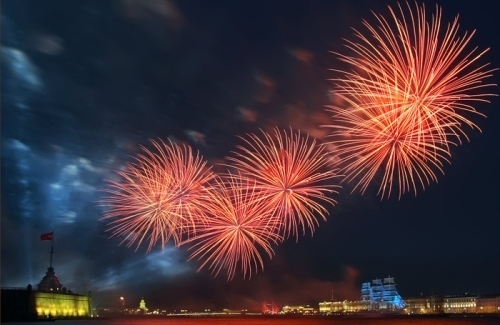 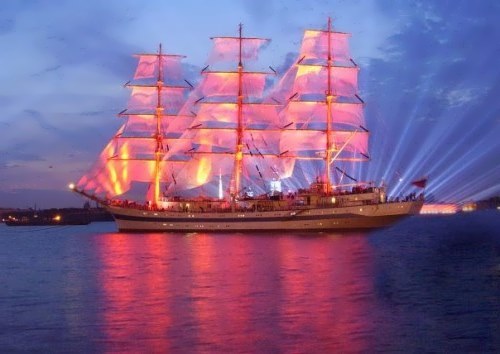 Scarlet Sails is rightfully one of the most ambitious productions 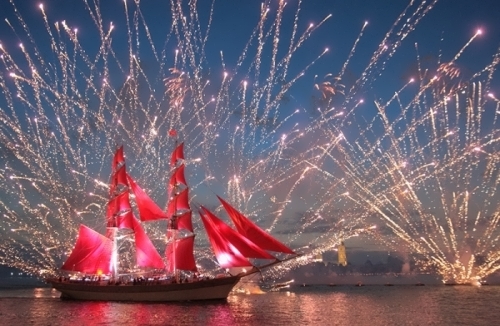 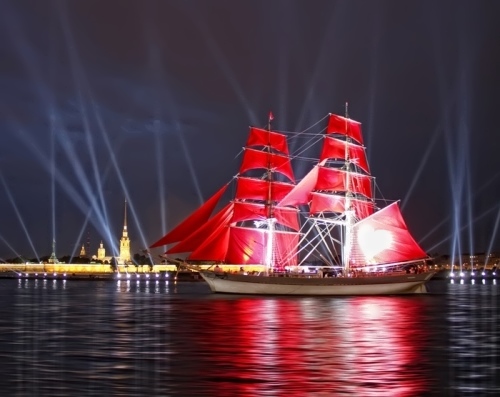 It is rightfully one of the most ambitious productions 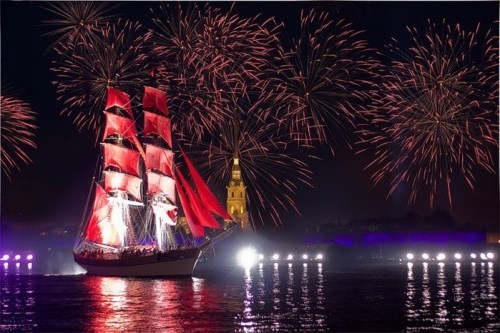