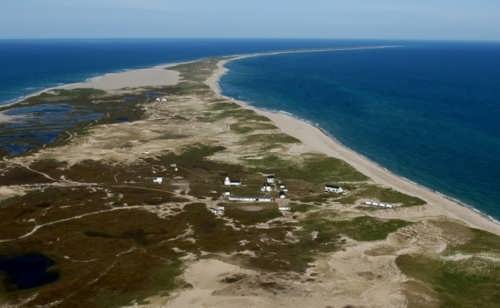 Sable Island is in the North Atlantic Ocean, off the coast of Canada, in a place where the warm Gulf Stream meets the cold Labrador Current. It is crescent-shaped island, 42 km long and 1.5 km wide. It is the most mysterious and the most dangerous island in the world.
Until now, no one knows exactly who has discovered this island. Norwegians say that the Vikings were the first. The French believe that the fishermen from Normandy and Brittany discovered it at the beginning of the XVI century.
But most modern geographers and historians agree that Sable was discovered by French traveler, who in 1508 sailed from Europe to the peninsula, which later was named the British Acadia and later – Nova Scotia.

By the way, Sable, “SABRE”, means “sword”, and suited to the island the best, because of its look. The second meaning of the word “SABLE” is a black, dark, sad, and scary. Why? It has become the last shelter for many ships for the past many centuries, maybe millennia.
Sable popularly known as “the island of shipwrecks”, “devourer of ships”, “deadly sword”, “island of thousands dead ships” and “ghost island” as well as “the tomb of the Atlantic”. Hundreds of ships found their death there. 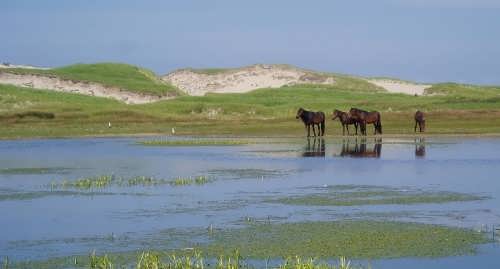 Scientists have been interested in Mystery Island for a long time. Sable is a “nomadic” island. It moves because of the Gulf Stream and Labrador currents. As a result of their meeting a dense shroud of mist rises and envelops the island for weeks or even months.
The location and size of the island marked on old maps were not very accurate, and even fantastic. French, English, Italian maps showed that the island’s length ranged from 278 to 370 km. According to the latest data Sable is 42 km long and 1.5 km wide. It is constantly moving to the east at an average speed of 230 m per year.
This small island is a great danger for ships. Sable has almost flat surface (maximum height is 34 meters) and it is extremely difficult to see it from the sea. Experienced sailors, who often sail near the mysterious island, argue that Sable’s sand changes color depending on the “mood” of the sea. The island is full of the quicksand. It’s a kind of ocean quagmire that fully tightens the ship for 2-3 months. People from almost all over the world are buried under a thick layer of sand. 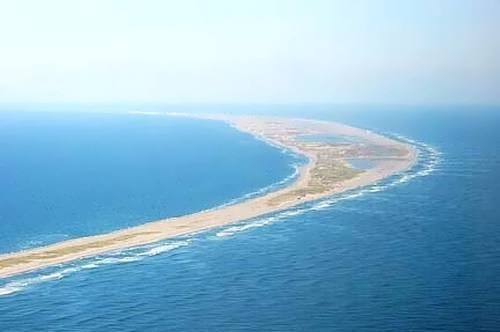 Despite the fact that Sable is a graveyard of ships and is very small in size, it was inhabited by people for several centuries. The first settlers were shipwrecked. To their surprise, the first Robinsons saw cows in the valley of the island. These animals were left by the Frenchman, when he first visited the Sable. Animals bred and grown wild.
At the end of the XVI century Sable suddenly turned into prison. French ship of Marquis de La Roche brought there 48 criminals and left fifty sheep. Seven years later the king of France signed their pardons. In the summer of 1605 only eleven people returned to Cherbourg. Surprisingly, five of returnees asked King to allow them to return to the island. It was a small French colony. And when in 1635 a ship was wrecked at Sable, the crew was rescued and taken to the American continent by these French colonists. 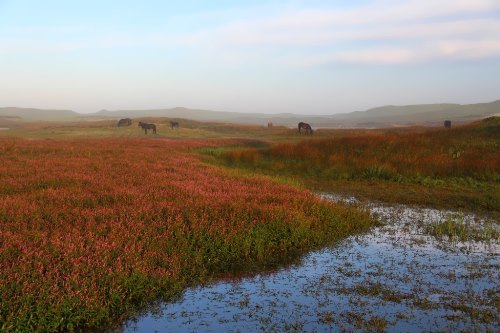 Today Sable belongs to Canada. It is still inhabited: its population is usually 15-20 people. They are specialists and workers of the Canadian Department of Transport. There are 2 lighthouses and a beacon on the island. Because of these technical assistants shipwrecks have stopped. 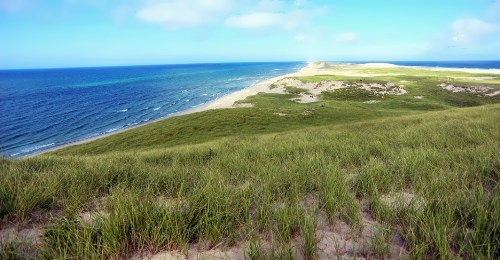 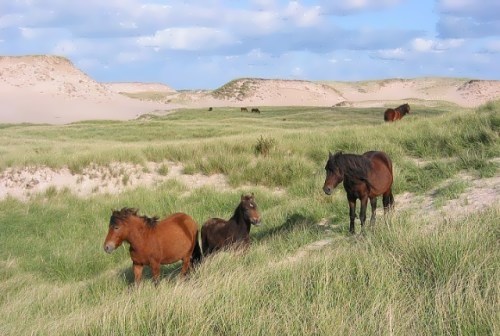 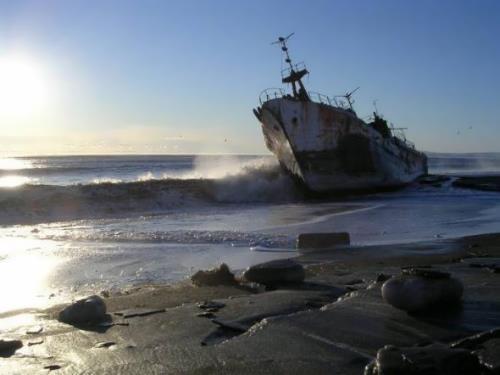 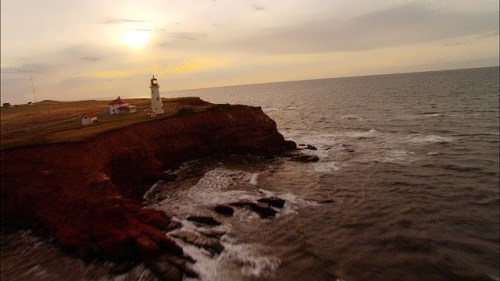 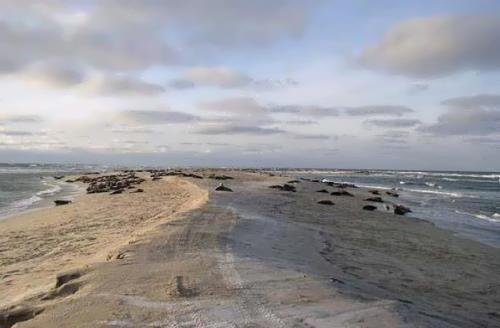 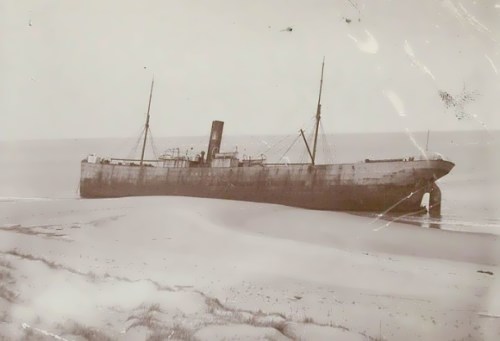 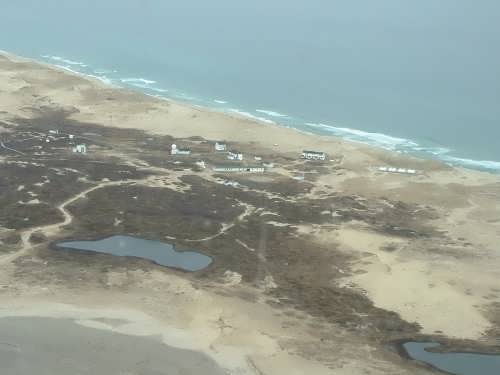 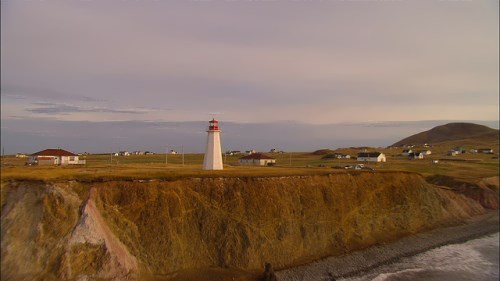 Lighthouse on the island 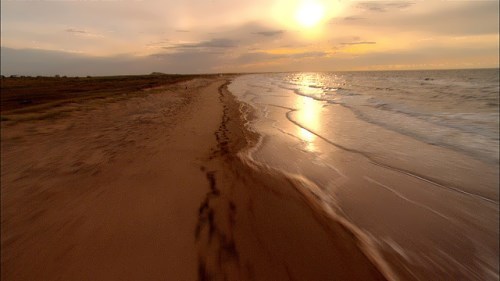 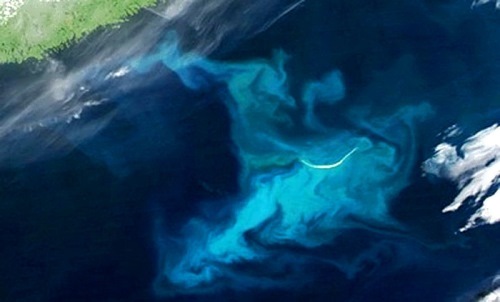 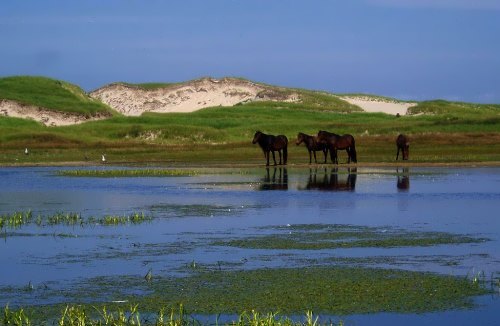 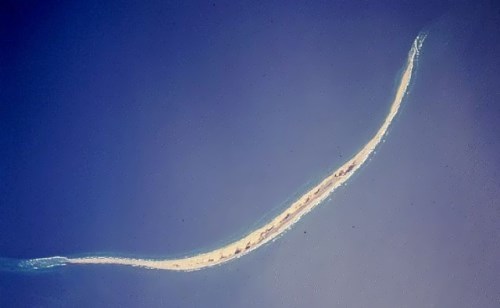 Sable from the air 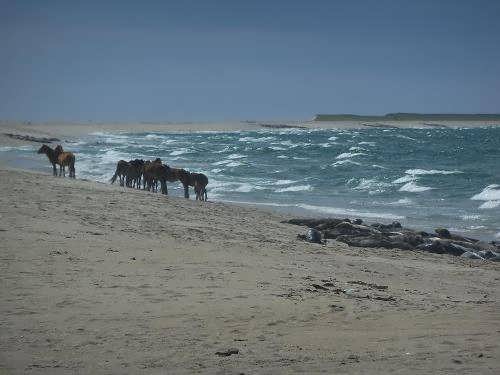 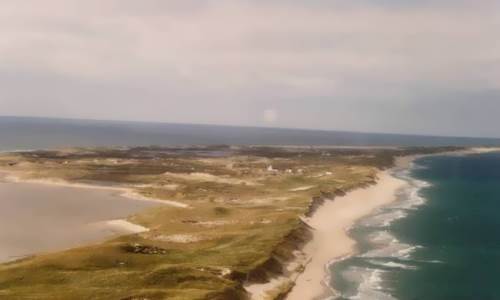 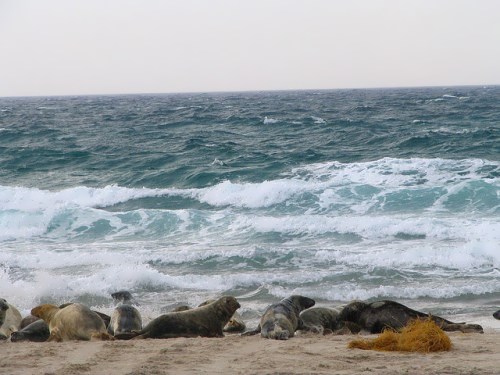 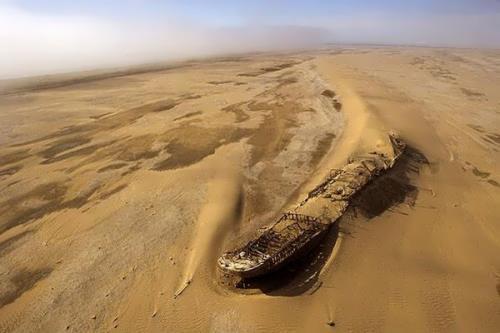 The island of shipwrecks 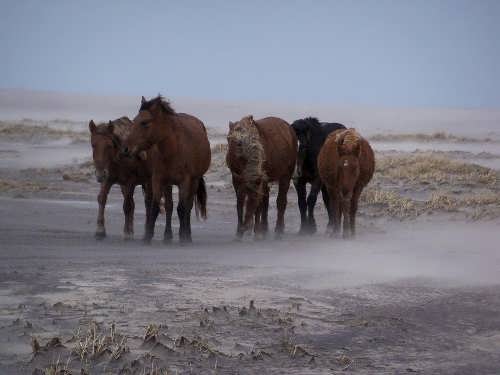 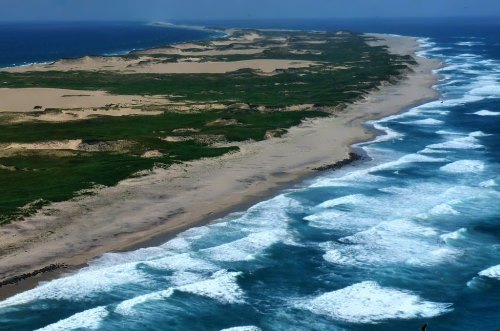 Tomb of the Atlantic 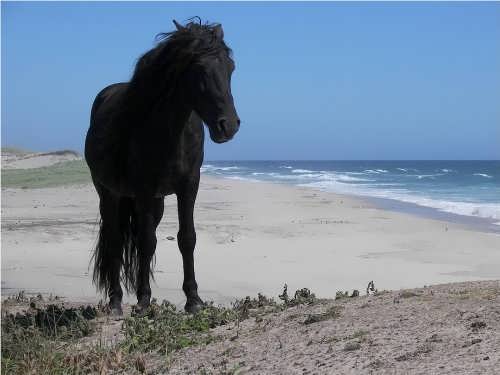 Wild horse on the island 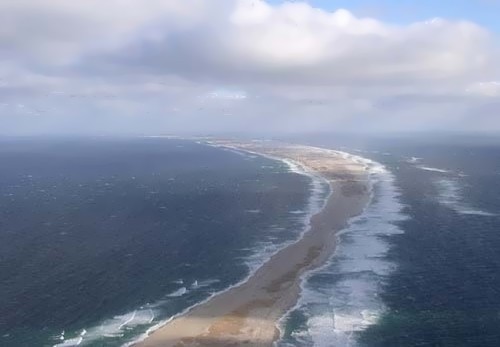