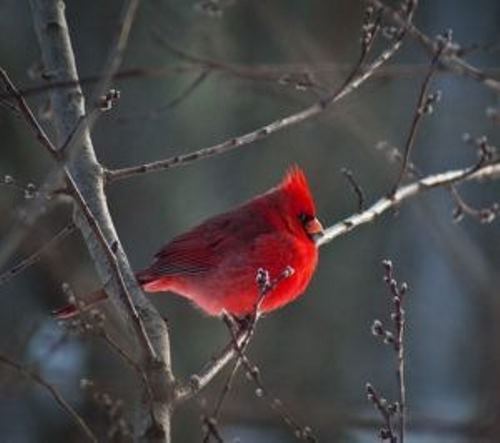 Red Cardinal – a favorite bird of many Americans. No wonder that seven states chose it as their symbol bird – Virginia, West Virginia, Illinois, Indiana, Kentucky, Ohio and North Carolina. However, not only Americans love this colorful bird, but also Canadians. Brought in 1700 to Bermuda, it has successfully taken root, and then it acclimatized in Hawaii and southern California. The bird enters the list of 10 most beautiful birds in the world. Cardinals are extremely intelligent, and have an excellent memory. Interestingly, they form couple for life and stay together even outside the breeding season. Besides, it belongs to the territorial birds, and the male does not allow other cardinals to penetrate its territory. Meanwhile, the loud singing and warns other birds about the occupied territory.

By the way, Cardinals are friendly and often funny. To watch them is a pleasure. They tolerate winter cold, flying from place to place, or cheerfully sitting on snow-covered branches. And to create a beautiful photo, it is enough to capture the bird next to red berries of mountain ash covered with snow. Indeed, Red bird on a green branch with snow – a favorite subject of Christmas cards.

For North Americans, Red Cardinal is the same as for the Russians – bullfinch. And just as in Russia, where Christmas postcards depict a bullfinch, in the United States and Canada it is Red Cardinal. The image of the bird, with the foppish crest, in a black mask and raspberry-red coat inspired artists to create paintings, murals, stained glass, decorative plates, prints, on mugs and glasses, etc. 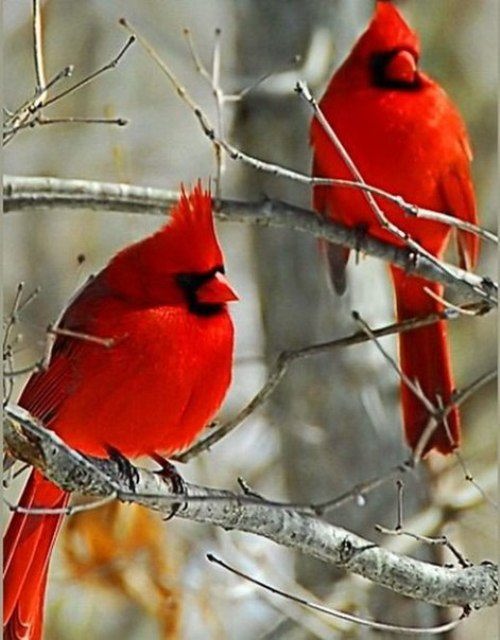 A couple of Cardinals

The habitats of Northern cardinal, or Red bird Cardinal – North America, primarily east of the Rocky Mountains. The bird, known also as Songbird (Cardinalis cardinalis) belongs to the family of Fringillidae or Emberizidae. It is 8 in. (20 cm) long and has a pointed crest. The plumage of male species is bright red, while the female is duller – red or olive-brown. In the woods and fields, one can hear loud, clear whistling notes, which pairs of cardinals utter all the year round.

The lifespan of red cardinal in nature – 10 – 15 years, in captivity – up to 28 years. Red bird Cardinals feed on insects, wild seeds, and fruits. Cardinals are especially abundant in the southeastern U.S., and in particular, in Hawaii, southern California, and Bermuda. Related species also live in South America. 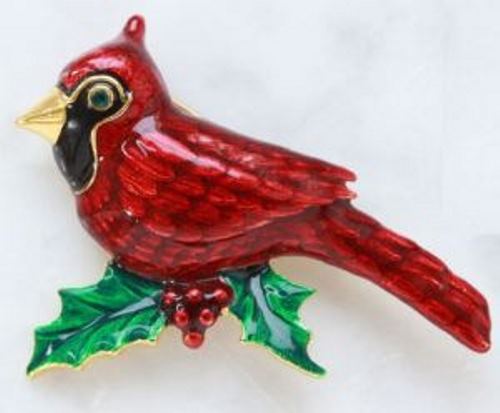 Male’s song is a very beautiful set of sonorous trills, vaguely reminiscent of the song of the nightingale, for which it got the name “The Nightingale of Virginia”. The females also sing, but their song is quieter and not as diverse. When frightened, birds emit a sharp chirping cry, talking together in a low chirping.

And, of course, this bird chose as a habitat different places – from Mexico, Guatemala, through the eastern states – to Canada. The indigenous inhabitants of these places, the Indians, have many tales and legends about the beauty and nobility of these colorful birds. Only the word cardinal was absent in their names. The Indians said – “dotsuwa,” pronounced like doh-joo-wah. A translation is simple – red bird.
Source of images: vk.com/beautifulbirds 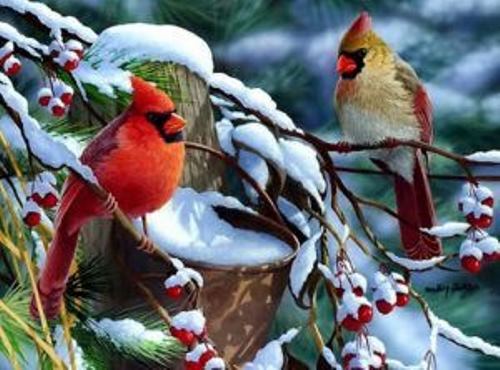 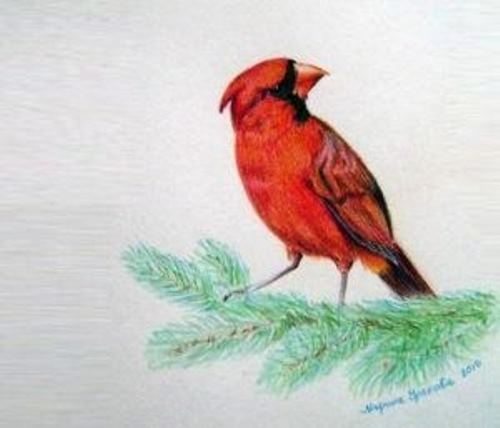 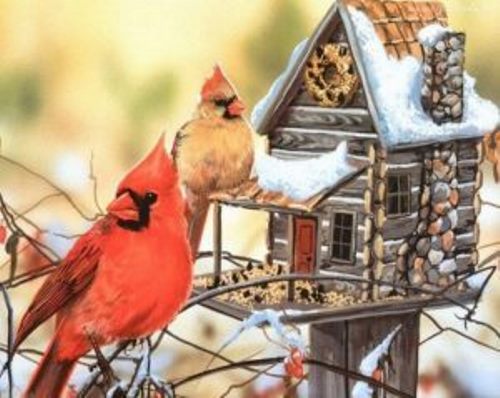 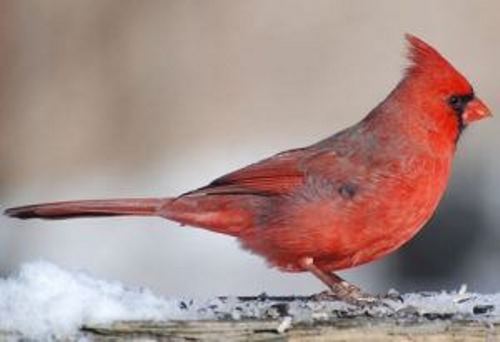 The male Cardinal is a vibrant red. Image wikipedia