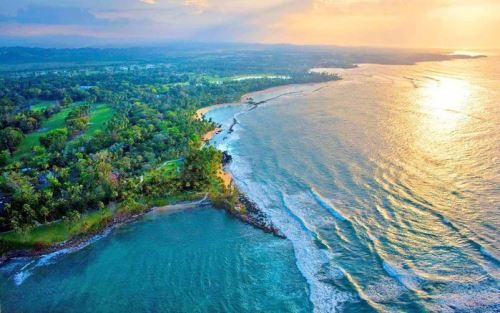 Puerto Rico is an island in the Caribbean Sea. Its area is 9,104 square kilometers. It is a commonwealth of the United States. Puerto Rico is part of the island group called the West Indies. It is located at the eastern end of the Greater Antilles, between the Atlantic Ocean and the Caribbean Sea. The island is roughly rectangular in shape. The weather is warm year-round. The island is mostly hilly, though it is flatter along the coast. Rainforests cover parts of the north.
Most Puerto Ricans speak Spanish, and many speak English as well. Most of the people are Christian.
The capital of Puerto Rico is San Juan.

Arawak Indians known as the Taino arrived in what is now Puerto Rico by AD 1000. Christopher Columbus was the first European to reach the island and in 1493 he claimed it for Spain. In the late 1700s the Spanish brought in Africans to work on the plantations. After the Spanish-American War in 1898 Spain gave Puerto Rico to the United States. In 1917 people of Puerto Rico became American citizens. In 1951 Puerto Rico became a commonwealth. 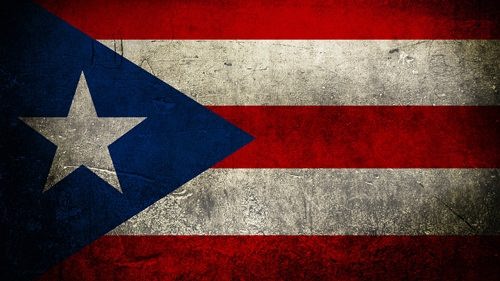 The major mountain system is the Cordillera Central, which bisects the western and central parts of the island. The Turabo Valley is the major lowland area. Puerto Rico is a seismically active region that has sporadic earthquakes.
Steep mountain slopes cover nearly one-fourth of the island. The highest and longest mountain range is the Cordillera Central. Cerro de Punta is the highest point (1,338 m). The other major mountain system is the Sierra de Luquillo in the east. A third mountain range—the Sierra da Cayey—is in the southeast.
The major rivers are the Rio La Plata (the longest) and the Rio Grande de Loiza (the widest).
Natural resources include forest and agricultural land, hydropower potential, and oil reserves.
Numerous cliffs, caves, sinkholes, and tunnels have been carved by rainwater into the limestone. The largest single cave, Cueva Clara, is 210 meters long. 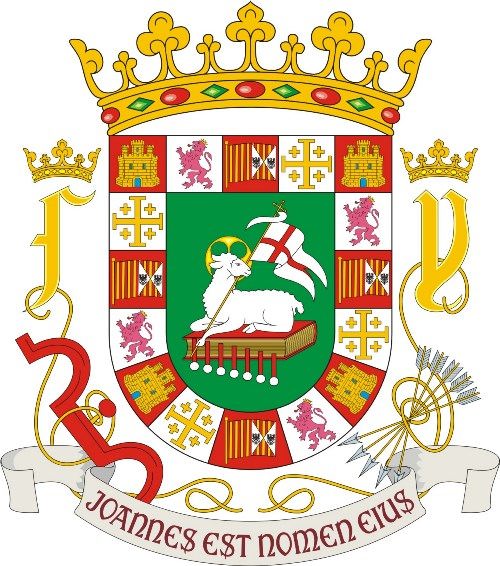 Coat of arms of Puerto Rico 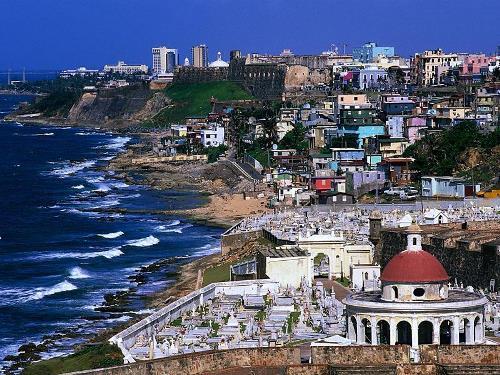 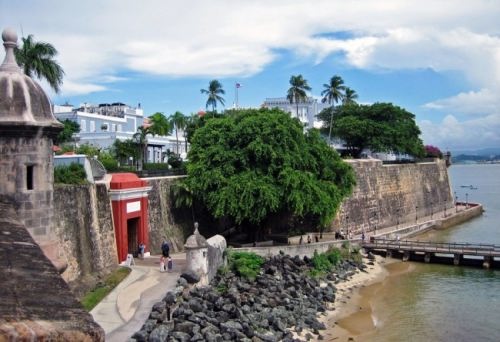 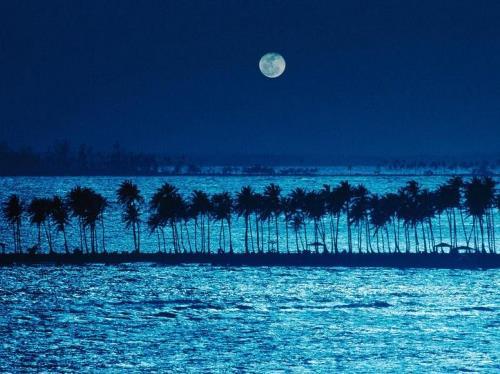 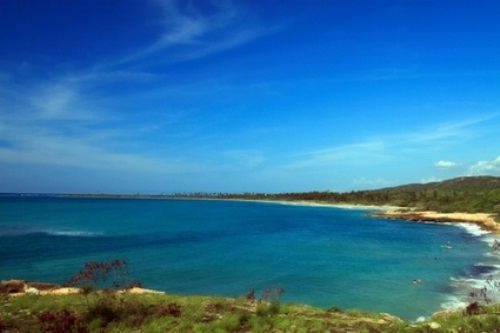 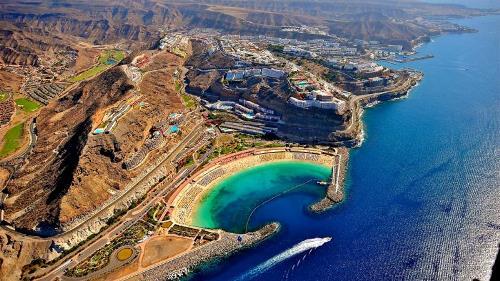 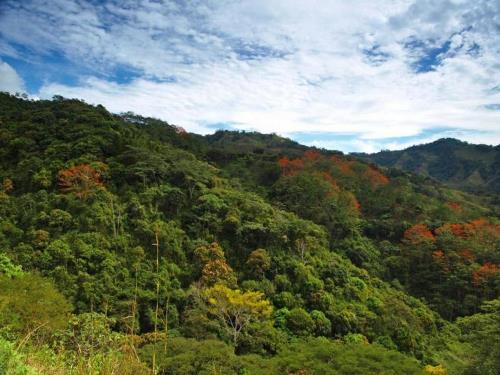 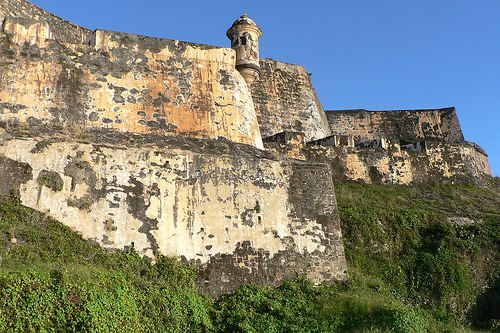 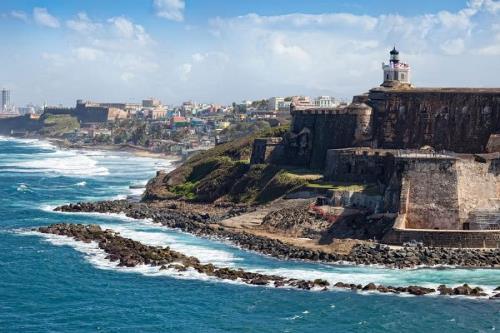 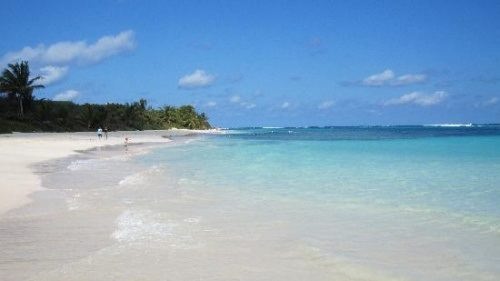 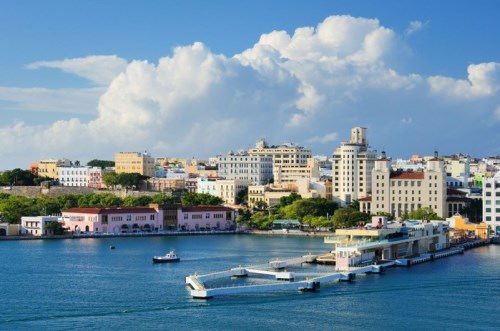 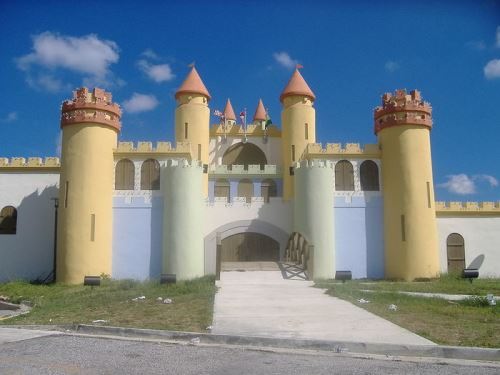 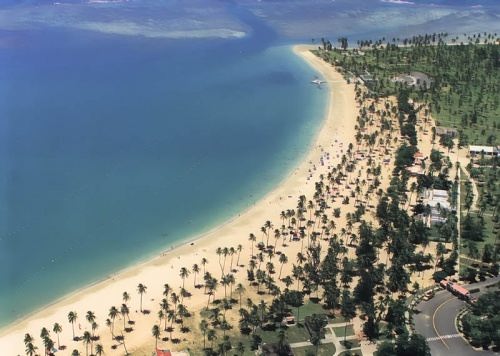 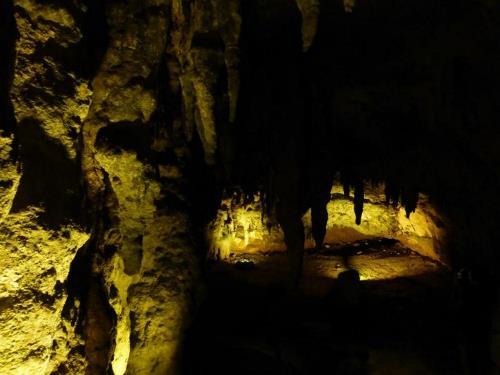 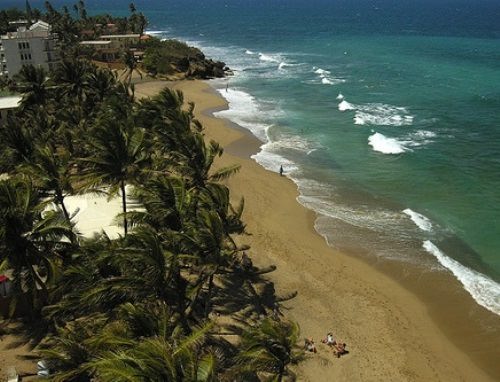