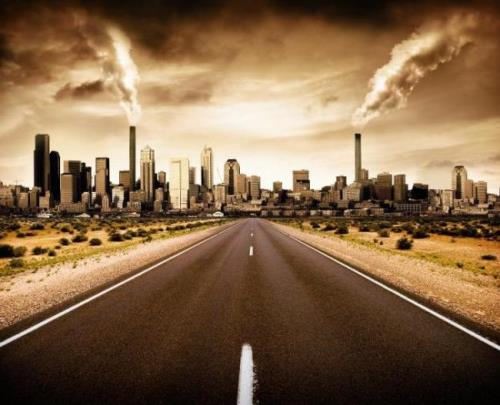 It is known that the main source of environmental pollution is heavy metals. Getting into the human body, they stay there forever and cause oncological diseases leading to early death. Neighborhood with chemical plants, and especially improperly recycled wastes, significantly reduces the lives of employees and people living nearby. And, of course, the consequences of radiation and chemical disasters, as well as tests of weapons of mass destruction destroy the nature.
Chernobyl is officially recognized as the dirtiest and most dangerous city on our planet. Almost no one lives there, but the inhabitants of neighboring villages and settlements are still affected by the consequences of the disaster.

The sarcophagus erected over the exploded reactor, as it turned out later, was only a temporary solution to the problem. Some experts believe that more than 100 tons of uranium and other radioactive elements, such as plutonium, remained under the sarcophagus and, like a bomb, they wait their time. Therefore, there is a possibility of a second catastrophe.
Russian towns Norilsk and Rudnaya Pristan are major centers of metals and coal mining. The black snow, saturated with metals and sulfur, falls in winter in Rudnaya Pristan.
In Dzerzhinsk (Russia) there are waste products of sarin, lewisite, mustard gas, hydrocyanic acid, etc. The names of these substances clearly indicate that chemical weapons were produced here. Dzerzhinsk even got into the Guinness Book of Records as the most chemically polluted city on Earth. In 2003, the mortality rate exceeded the birth rate by 260 percent.
Bajos de Haina in Dominican Republic is also dangerous for life. The main source of pollution is lead. A factory for the production of automobile batteries worked there for a long time. The result is the high content of lead in the soil, and, of course, in the blood of the population. The main diseases of local residents: congenital malformations, eye diseases, mental disorders, and as a result – early death from lead poisoning.
Since 1902, 90 years in a row lead was extracted without observing the elementary requirements of environmental safety in Kabwe (Zambia).
La Oroya in Peru is famous for the fact that there are not even any plans for cleaning works there. However, in this miners’ settlement 99 percent of children are seriously ill because of the high content of lead in the blood. Vegetation around the city has long been destroyed by acid rain.
Linfen is the center of the coal mining industry of China. Bronchitis, pneumonia and lung cancer are common diseases in this covered with a fog of coal dust city. The number of potentially infected people here exceeds 200 thousand people. But the Chinese authorities are in no hurry to correct the situation – the country needs coal!
In Mailuu-Suu, Kyrgyzstan, back in 1948 uranium mines were discovered. According to international experts, there are at least 7,000 tons of radioactive semisolid substances in 23 cemeteries on the banks of the Mailuu-Suu River.
In the Indian town of Ranipet people make leather. The numerous tanneries use substances such as sodium chromate, chromium salts and chromium sulphate. As a result, 1.5 million tons of solid waste annually pollute local groundwater. It should be noted that the Government of India is interested in cleaning the city of harmful substances, and in 1996 one of the dirtiest factories was closed. 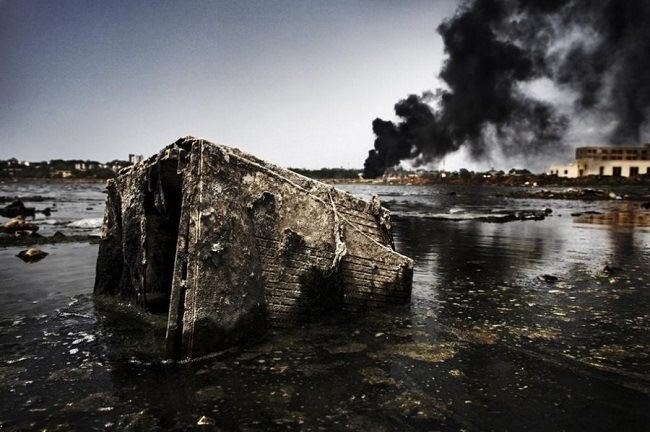 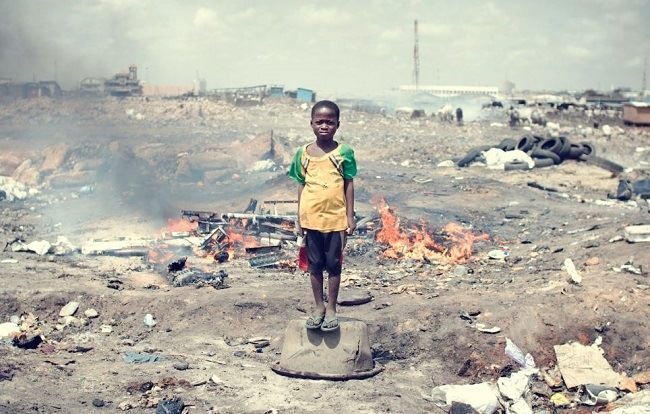 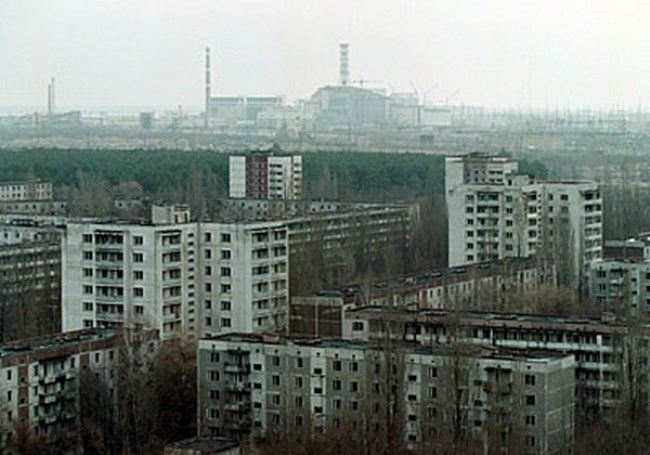 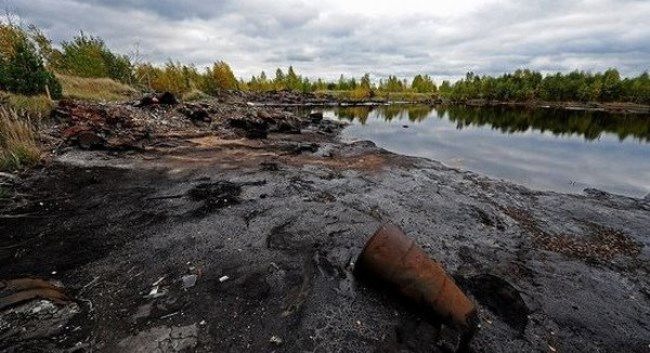 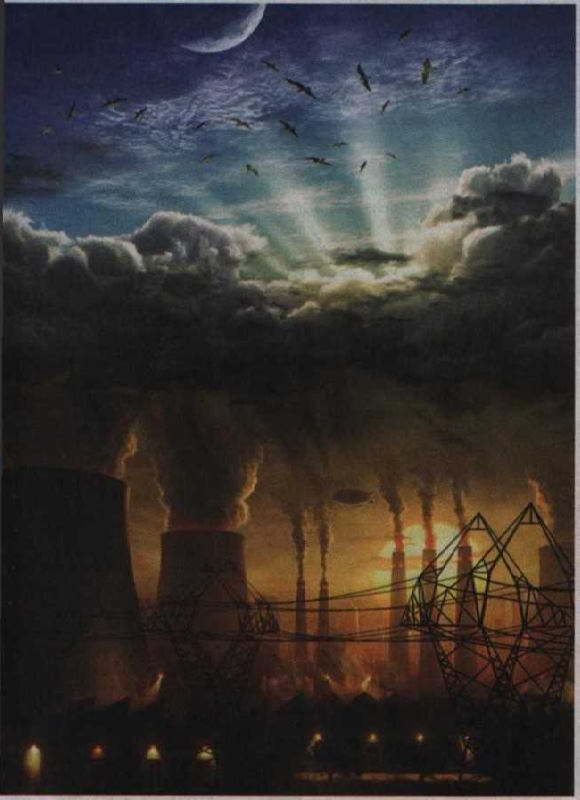 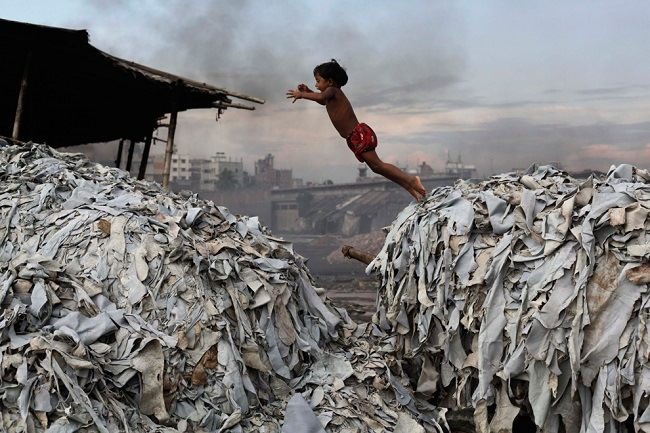 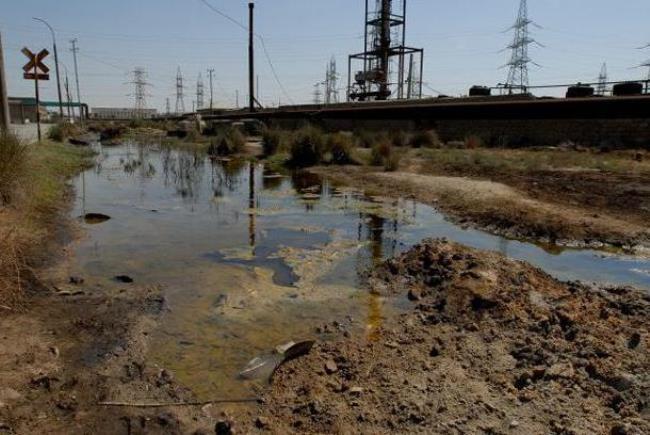 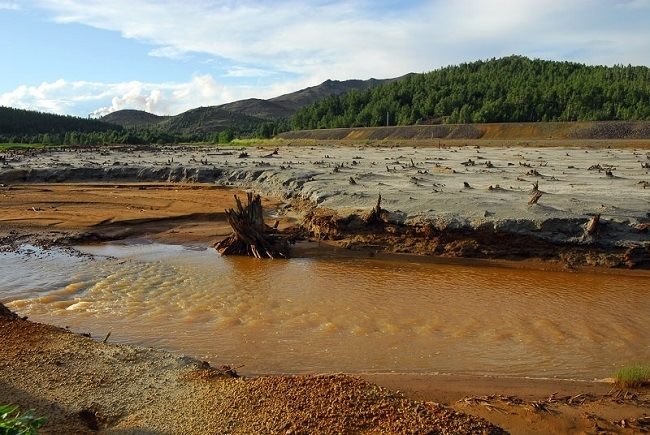 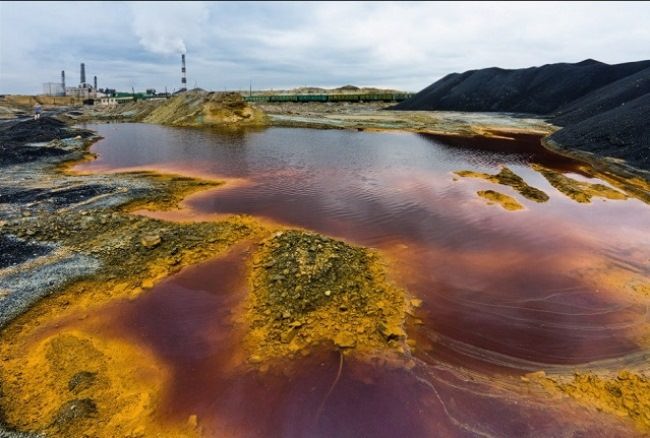 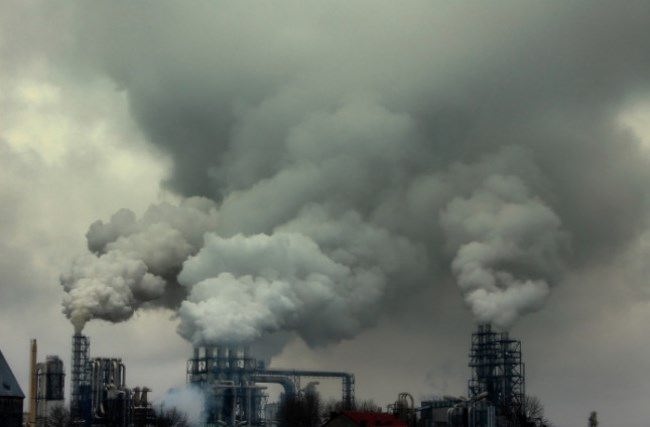 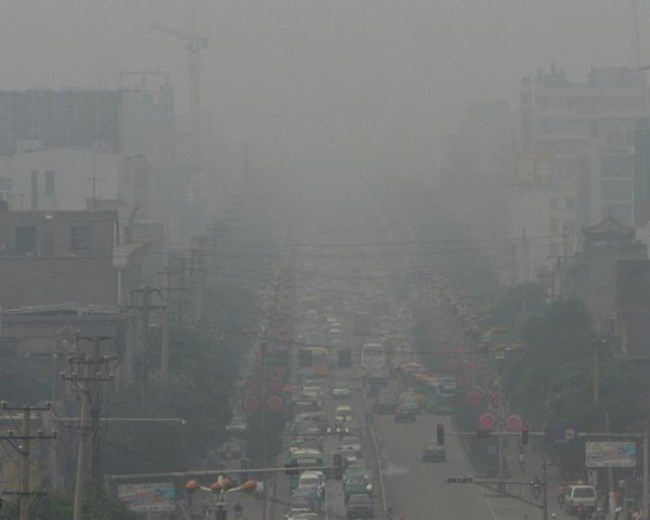 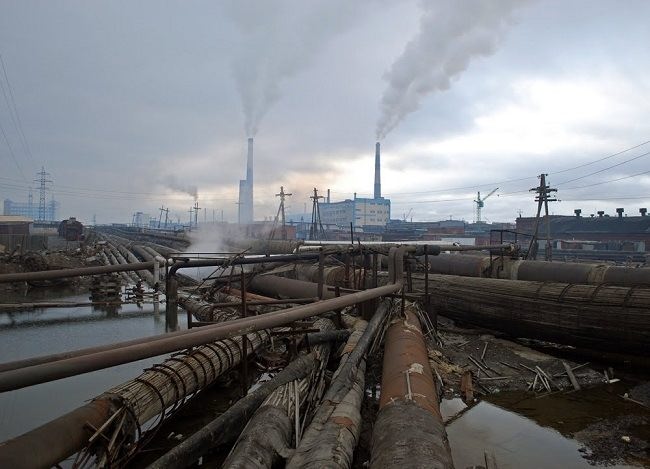 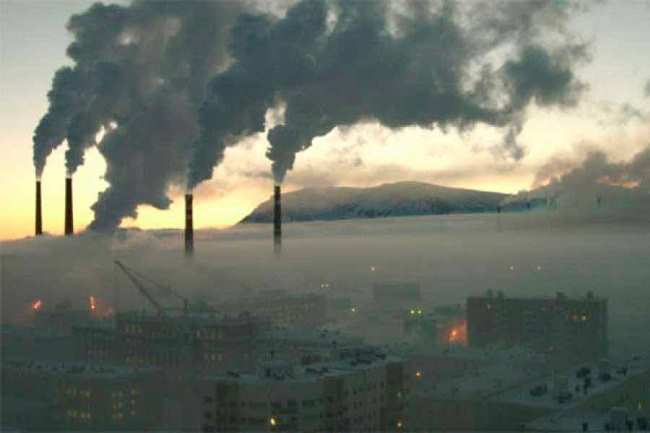 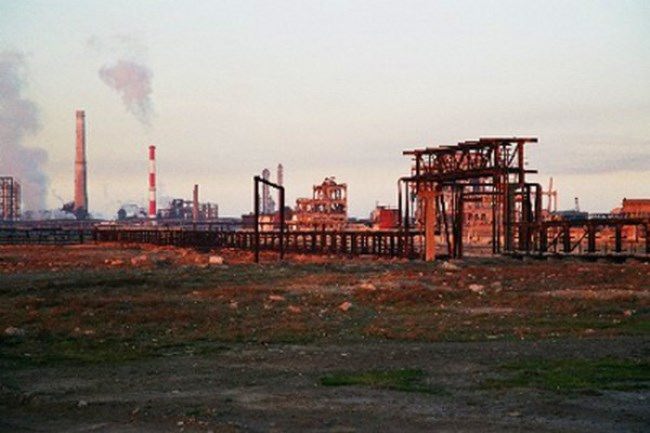 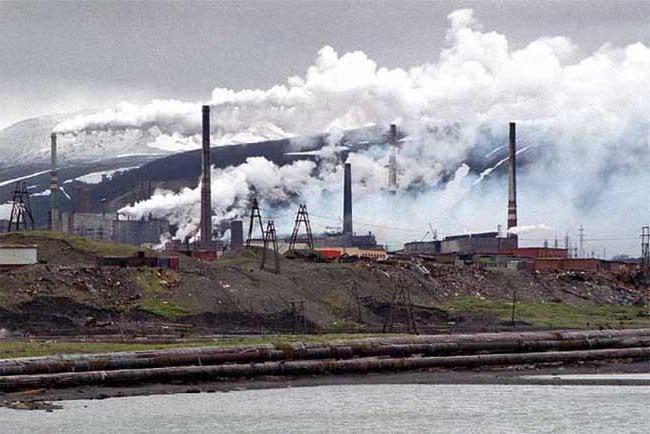 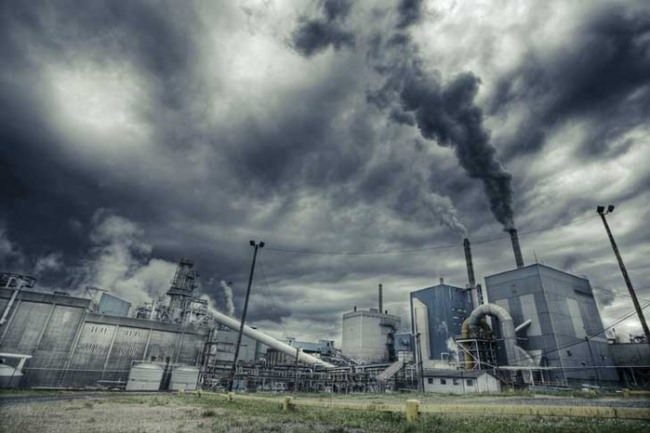 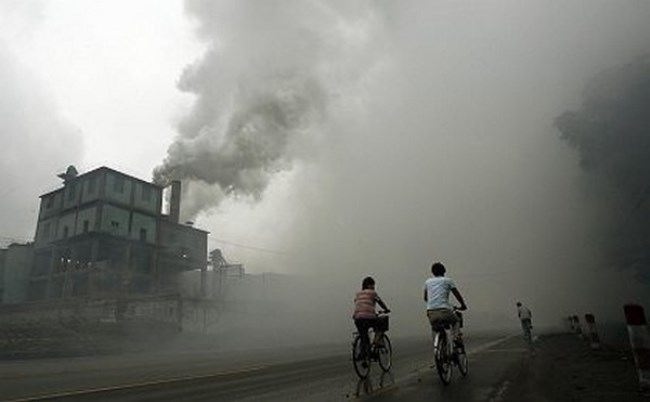 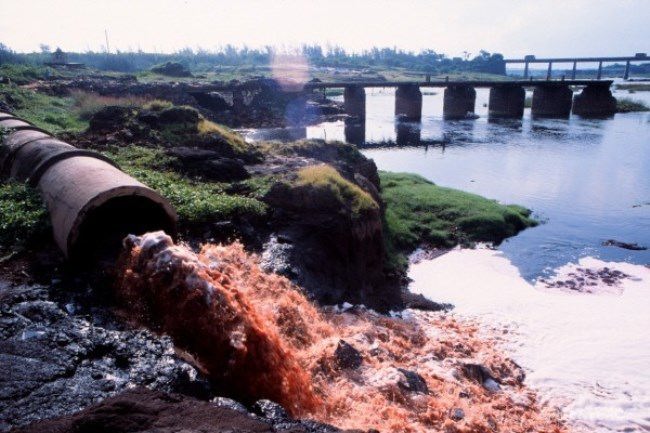