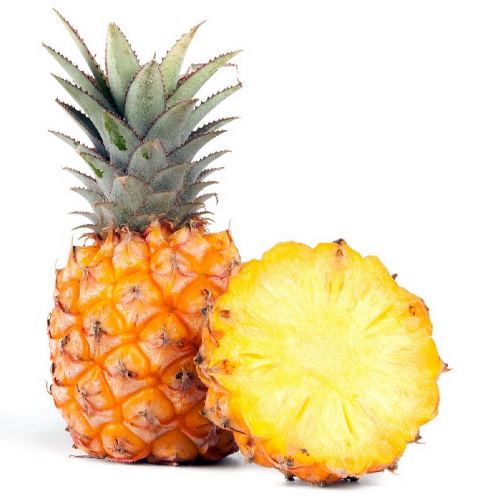 The official homeland of pineapples is Brazil. There, this plant can be found in the wild: a short trunk (up to a meter high) becomes thicker every year and sometimes reaches two meters in diameter. At the top is a rosette of hard leaves, and inside there is a large fruit.
Ananas means “excellent fruit” in an Indian language from South America.
In the world there are more than eight dozen varieties of pineapples. The shape of the fruits is the same for everyone, but the weight varies from half to 4 kilograms.
Pineapple was brought to Europe by Christopher Columbus, because he really liked the appearance and taste of this fruit. And now, pineapple is firmly rooted in the traditions and customs of many countries. So, in Germany, a glass of champagne with a slice of pineapple is considered a traditional drink for the New Year.

The leading producers of pineapples include Thailand, the Philippines, India, China, Brazil, and the U.S. state of Hawaii.
But pineapple is valuable, of course, not for its exotic appearance, but for its nutritional properties. It is almost 90% water, the remaining 10% are proteins, ascorbic and citric acids, as well as dietary fiber. One medium-sized pineapple slice contains half the daily requirement of the body for vitamin C. And as we know, this vitamin is a powerful antioxidant and stimulator of the immune system. Many nutritionists advise eating a pineapple slice before each meal. If you eat pineapples regularly, then this will lead to better digestion, lower blood viscosity, normalization of blood pressure and the prevention of atherosclerosis.
Also, it is rich in a whole range of minerals, including manganese, copper, iodine, zinc, calcium and even phosphorus. In addition to vitamin C, it also contains B vitamins.
Pineapple juice helps to remove excess fluid from the body, which is good in the fight against cellulite.
In 1994, a giant pineapple weighing more than 8 kg was grown. 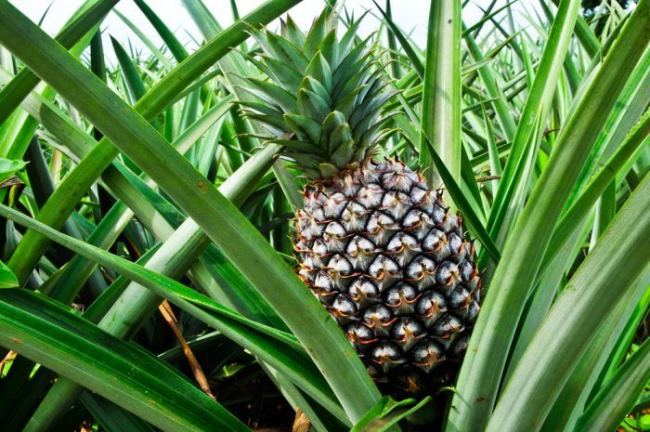 In China, this fruit is an indispensable attribute of the festive table during the celebration of the New Year (eastern calendar). There is a belief that if there is pineapple on the table, then the coming year will be successful and prosperity awaits the family.
A surprisingly soft fiber is made from pineapple leaves in the Philippines. Then people make a thin fabric of white and yellow color and then sew underwear, children’s and women’s shirts, handkerchiefs and belts.
In Brazil, there is an idiomatic expression “peel a pineapple”, which means do hard work.
Some pineapple plants do not produce seeds. In such cases, new plants are grown from cuttings, or pieces of the plants.
The first pineapples were brought to Europe by travelers from Western India in the 17th century. The colonial trade in the late 1600s and early 1700s strengthened the status of pineapple as a symbol of wealth and luxury.
The organizers of the contemporary art exhibition in the Scottish city of Aberdeen took the pineapple left by visitors for the exhibit and glazed it. 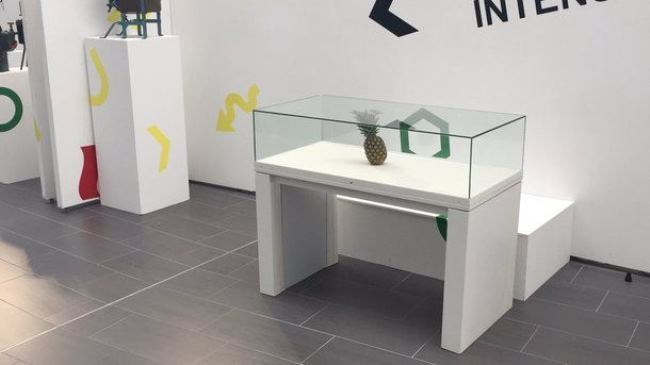 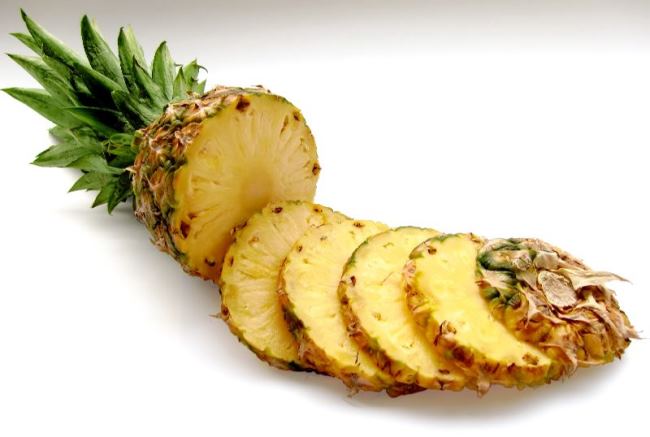 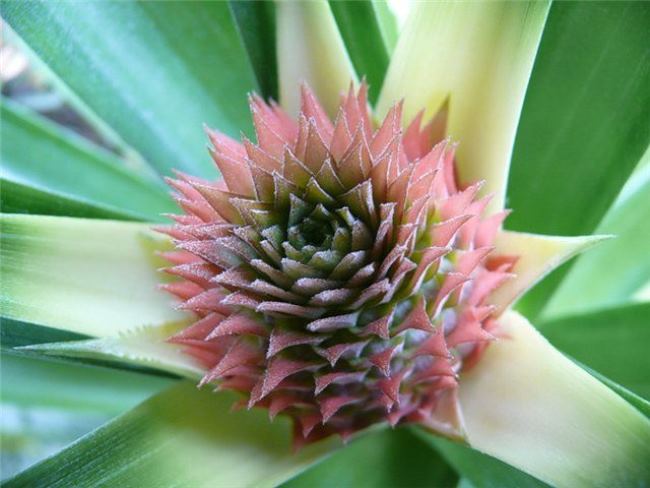 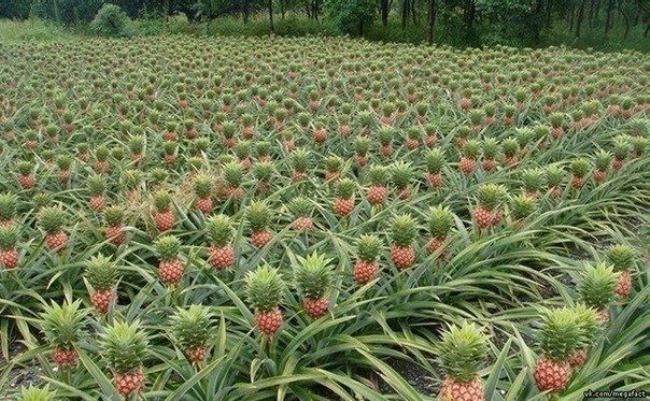 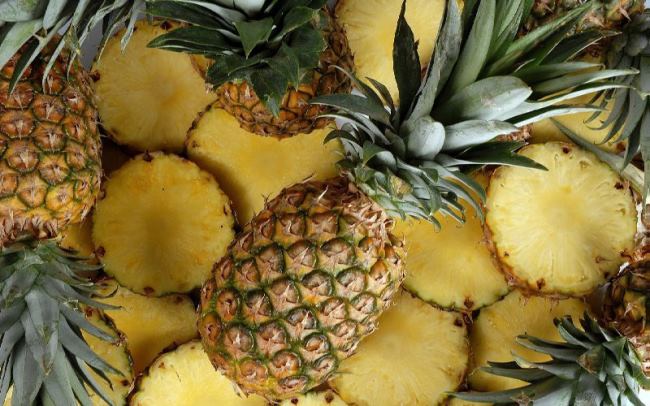 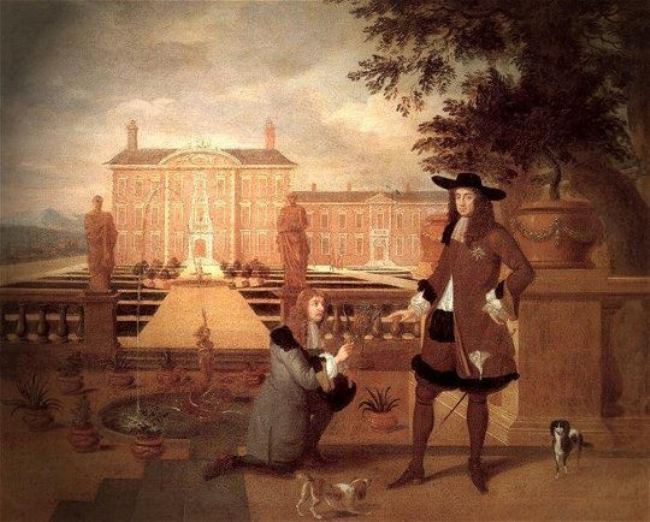 English King Charles II poses for his royal portrait, while the royal gardener presents him with pineapple, John Rose, 1675. 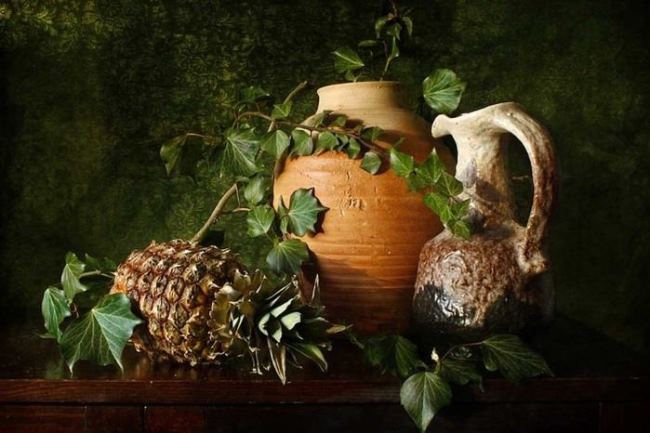 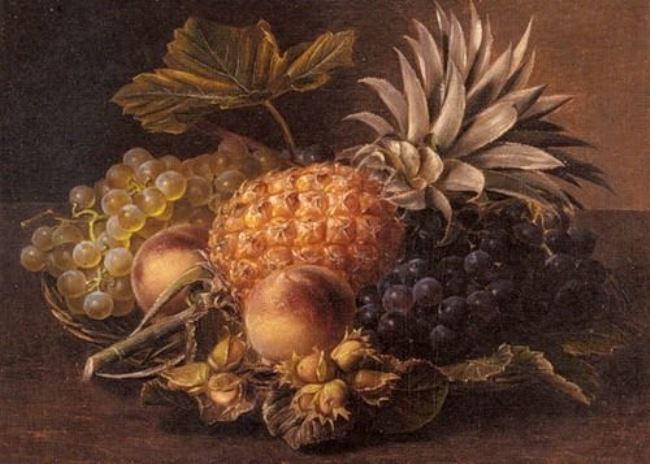 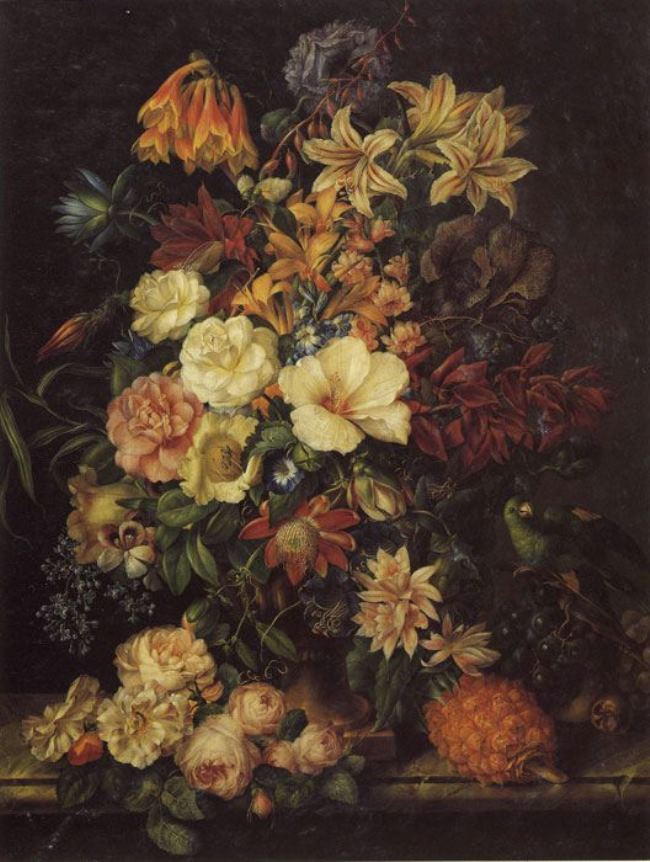 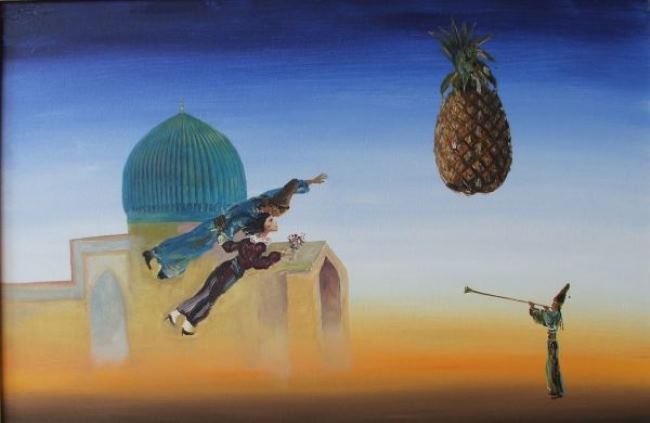 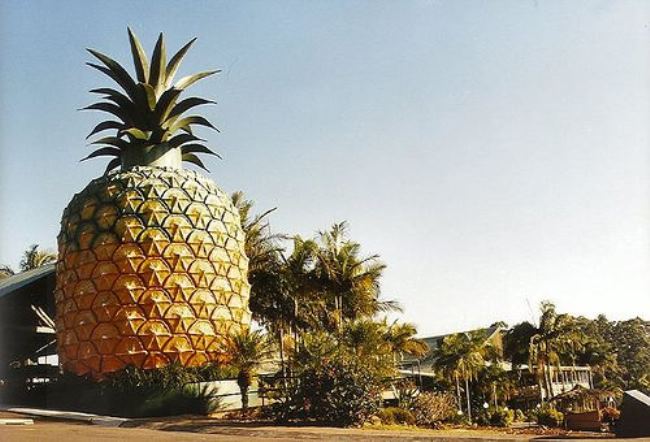 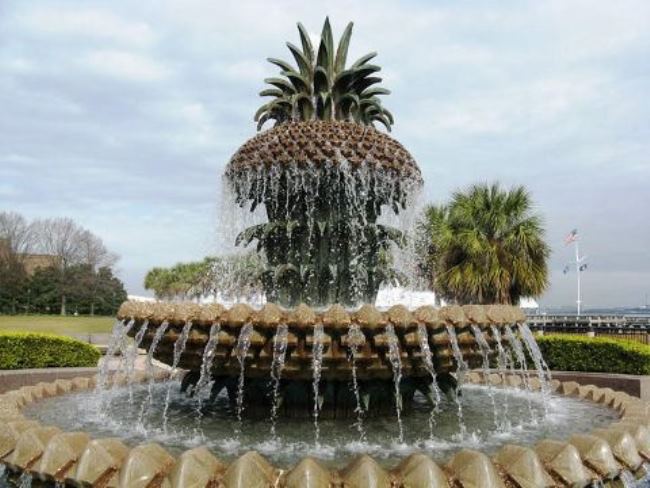 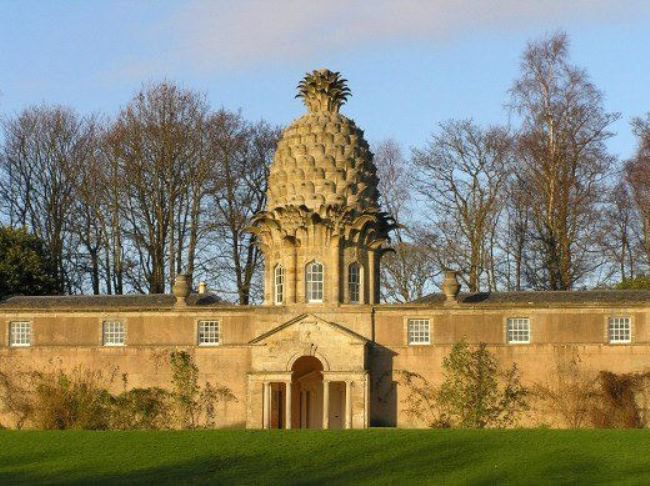 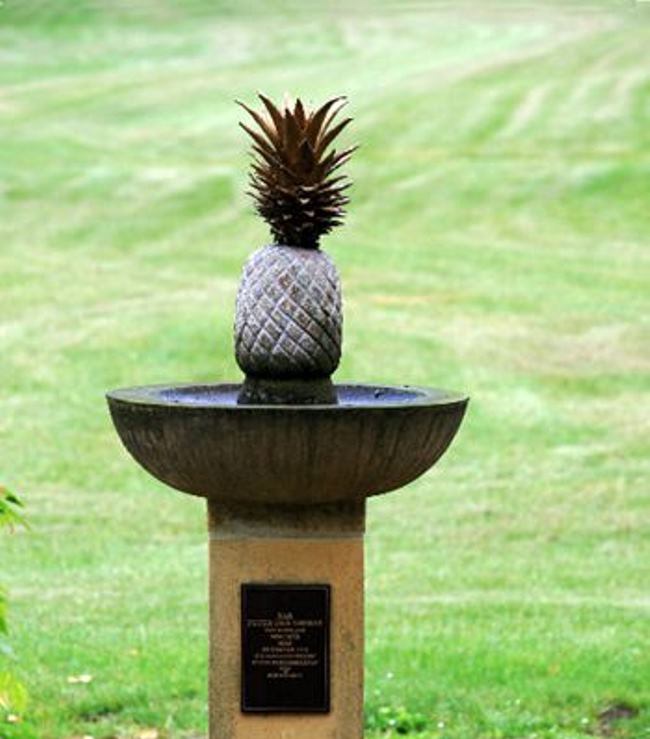 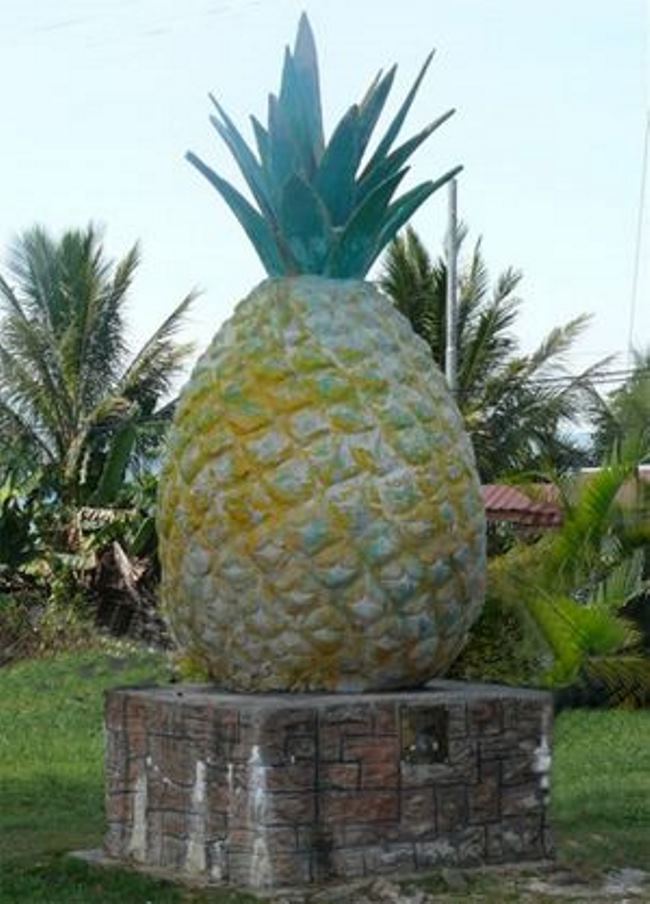 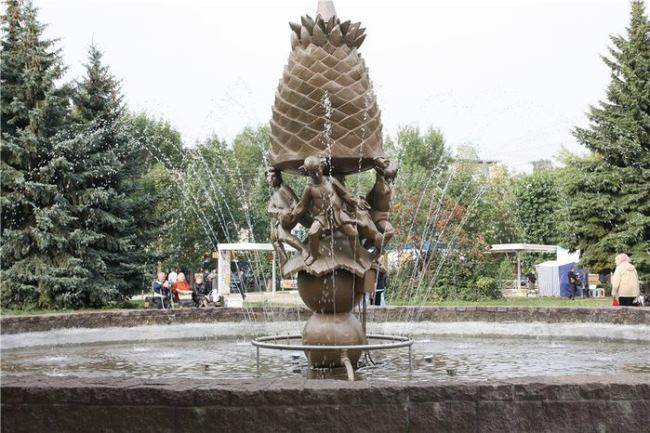 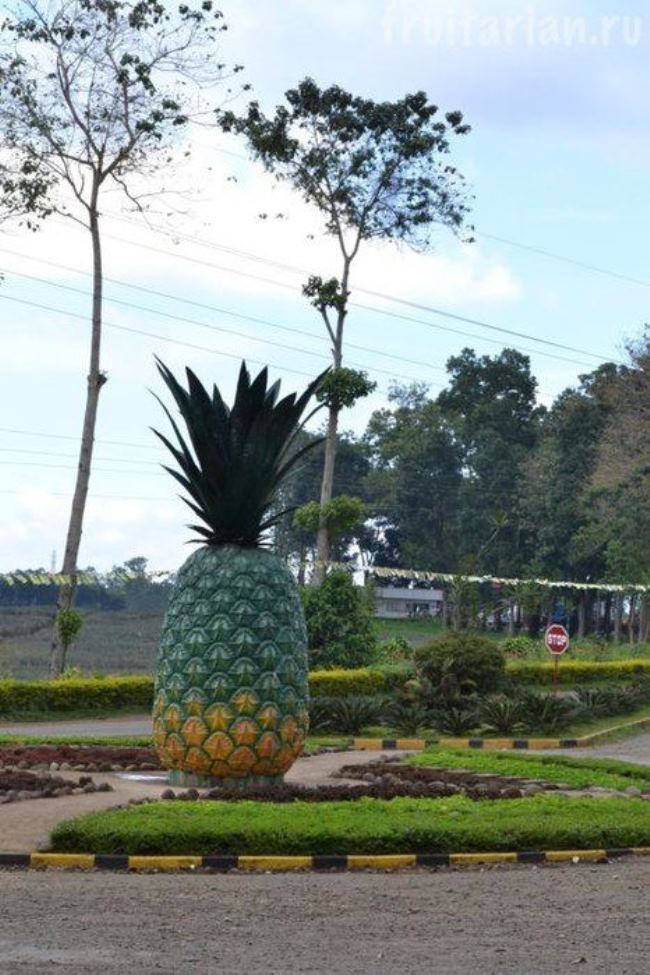 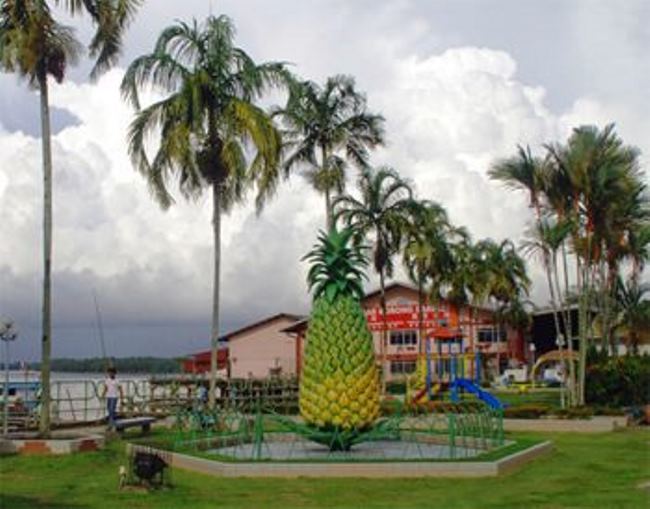