From time immemorial a dove is considered a bird of peace. There are monuments to this bird in more than 30 cities of the planet.
These are the first birds domesticated by humans. Human relations with pigeons date back to the dawn of civilization, and probably even earlier. Domestic pigeons were first pictured on clay tablets in the Mesopotamian period, dating back more than 5000 years. They were constantly used as postmen at great distances. Famous historical figures, such as Genghis Khan, Julius Caesar and others, used them to deliver messages. In the 11-12 centuries, the dove had the same value as the thoroughbred stallion, because at that time there were no phones or mail. After the Franco-Prussian War, several pigeons were awarded medals for bravery. During the war, birds transmitted important letters much faster than the telegraph.
There are more than 300 species of these birds on the planet Earth. They live in every part of the world, except, of course, the coldest regions, but most pigeons live in the tropics.

A very long ago, this bird was a totem animal and a subject of worship – the patron saint of man.
The cities were dedicated to the birds. And the most famous of them is Babylon.
Christians also consider these creatures to be God’s birds. In time immemorial, they were put in the graves of the martyrs as a symbol of resurrection.
The structure of the body of the pigeon is very interesting: short but strong legs carry a plump body and a small head. The feathers of these birds are hard but smooth. An adult has about 10 thousand feathers. The plumage structure can smooth out a strong airflow during flight.
Pigeons have different feathers that perform different functions. Some species of pigeons have feathers of a special unusual shape and they help them fly at very slow speeds. Other species have other feathers that produce special sounds in flight. And the most interesting is that they communicate through these “melodies”. The most important plumage is found on the wings and tail. And another important point: for “warming” pigeons have a layer of thin adipose tissue hidden under the feathers. 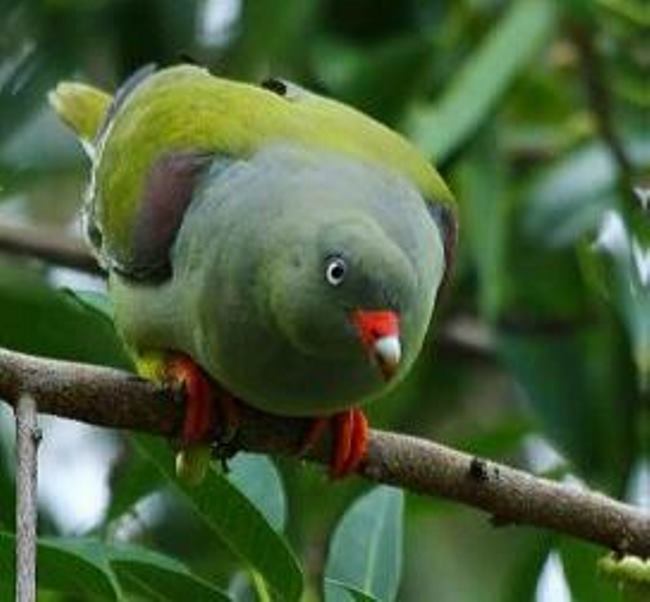 Pigeons see the world in a kaleidoscope of colors. They have extraordinary vision and are able to distinguish between almost identical shades of color. People, for example, have a triple color perception system, while pigeon can distinguish up to five spectral bands, which makes the world a virtual kaleidoscope of colors for them.
Females and males of most species of pigeons are similar to each other, but males are larger and smarter.
And some rare species, such as the crowned and Asian fruit pigeons, occupy a leading place among the most beautiful birds on the planet.
The dove was a symbol of resurrection. In Russia, the killing of a dove was severely punished, since it was believed that the souls of dead people moved to doves.
Nikola Tesla loved pigeons. As you know, he went to the park every day to feed them, and even took them home when he found the wounded birds. And one white bird, in particular, won Tesla’s love more than the others, and remained with him as a friend and pet until its death. 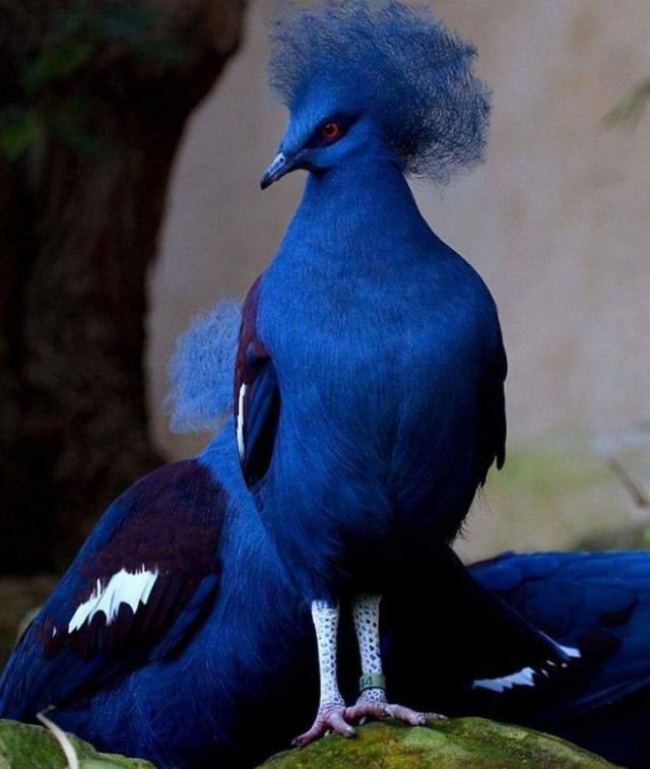 Picasso also admired the pigeons and even named his daughter Paloma in their honor, which in Spanish means “pigeon”.
In ancient Egypt, for example, pigeons not only played the role of postmen, but were also eaten. In the last century, people bred many meat species of pigeons; they are considered a delicacy in many countries of the world.
Researchers studying DNA say the pigeon is the closest living relative of the now extinct flightless Dodo bird.
Modern pigeons in cities are not so afraid of people as real wild ones, and they have adapted to urban life. Today, about 260 million pigeons live in almost every city in the world.
Pigeons have a phenomenal memory and they perfectly detect and recognize odors.
The vast majority of species of pigeons create a couple for life.
Before people invented quadcopter, pigeons were used for photographing from great heights. 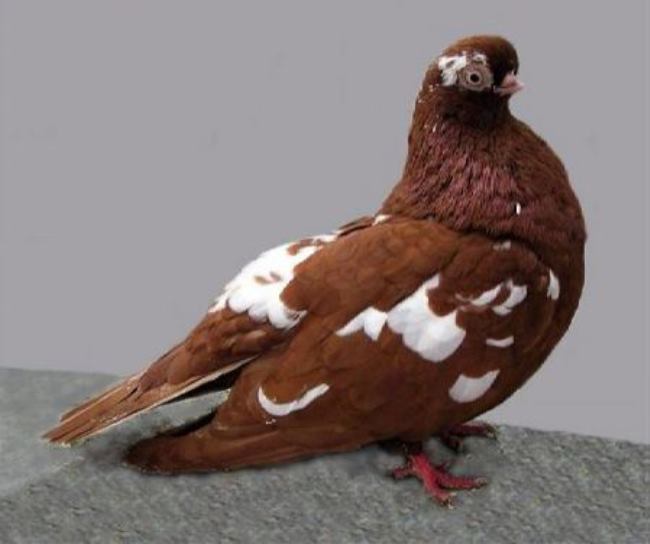 Passenger pigeon became extinct due to human activity. In the mid-1800s they travelled in flocks of astounding numbers. The species became extinct within a span of 50 years. It was considered an agricultural pest, thus providing ample reason to kill large numbers of the birds. Also it was in demand as food. The last individual passenger pigeon was a female named Martha, which died in the Cincinnati Zoo in 1914. It is now on display at the National Museum of Natural History in Washington, D.C. 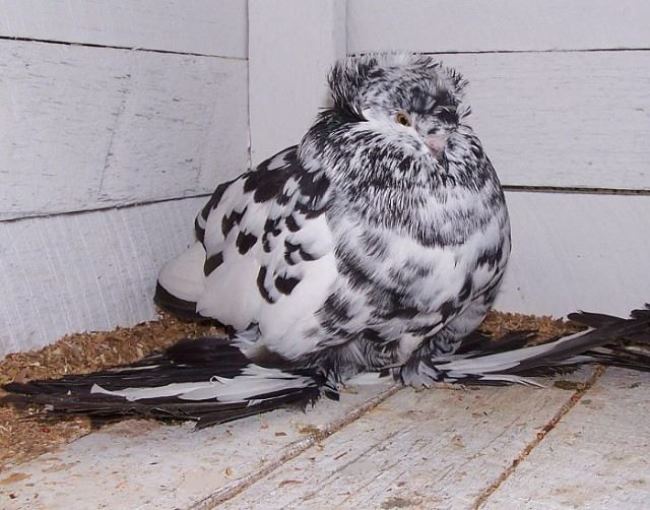 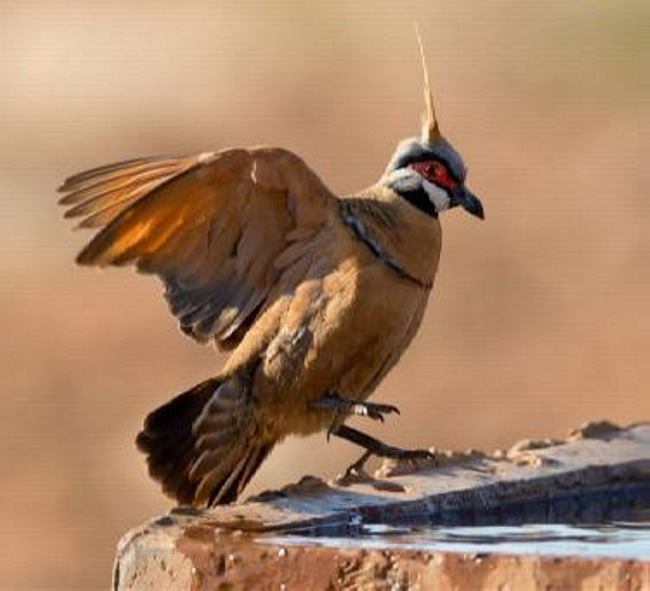 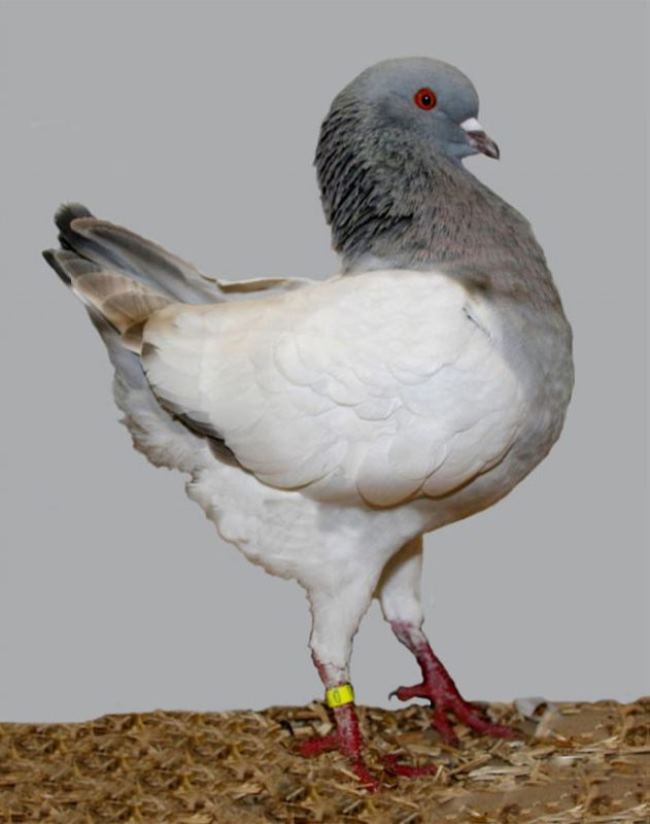 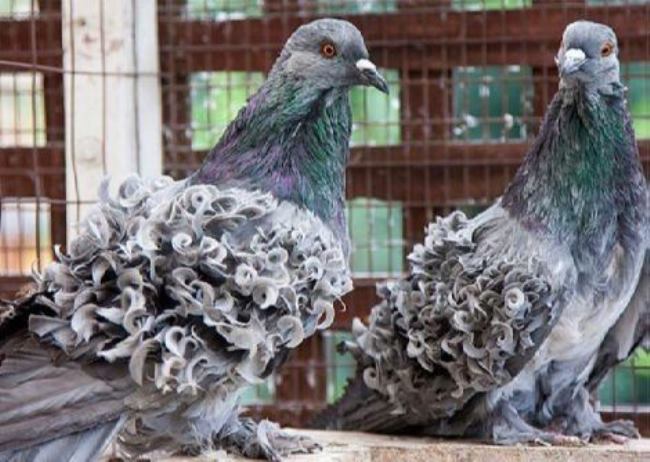 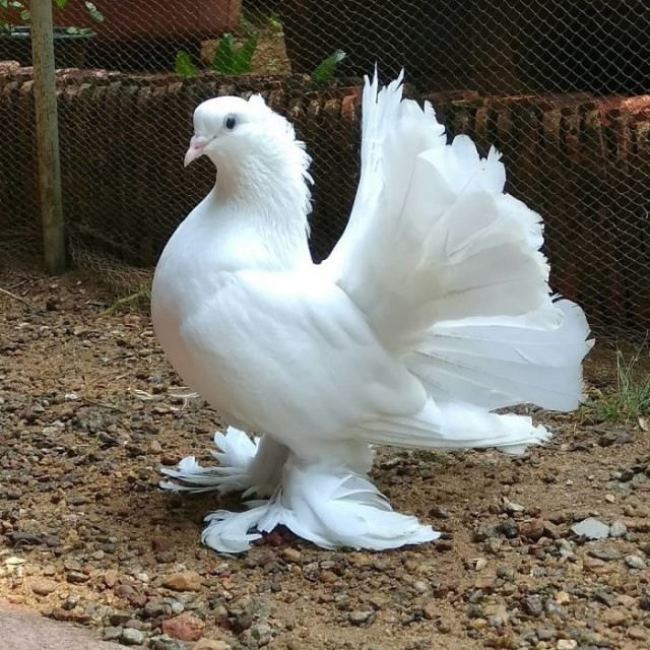 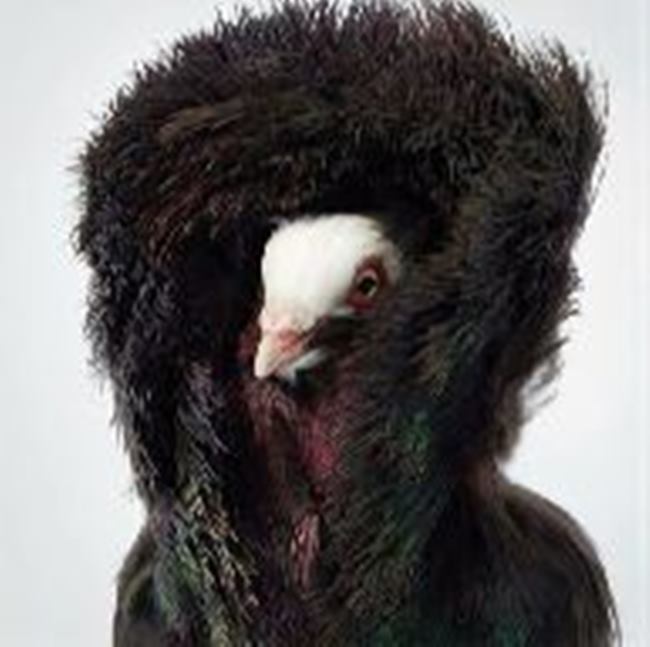 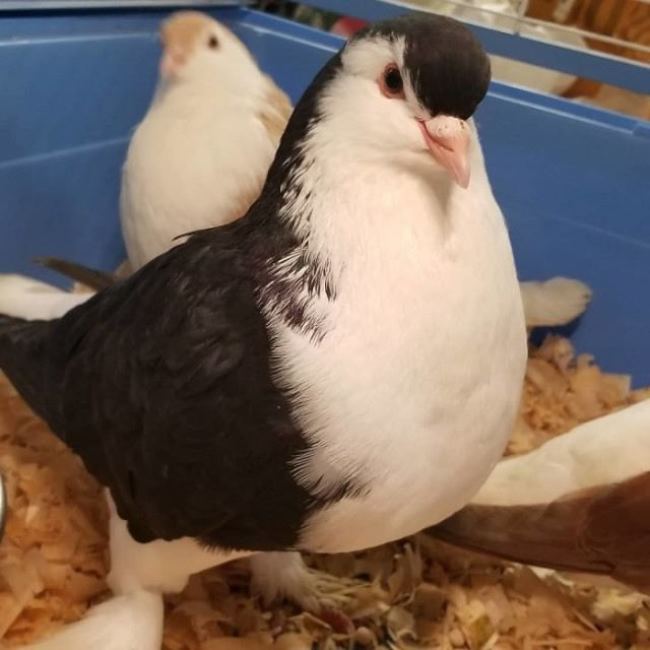 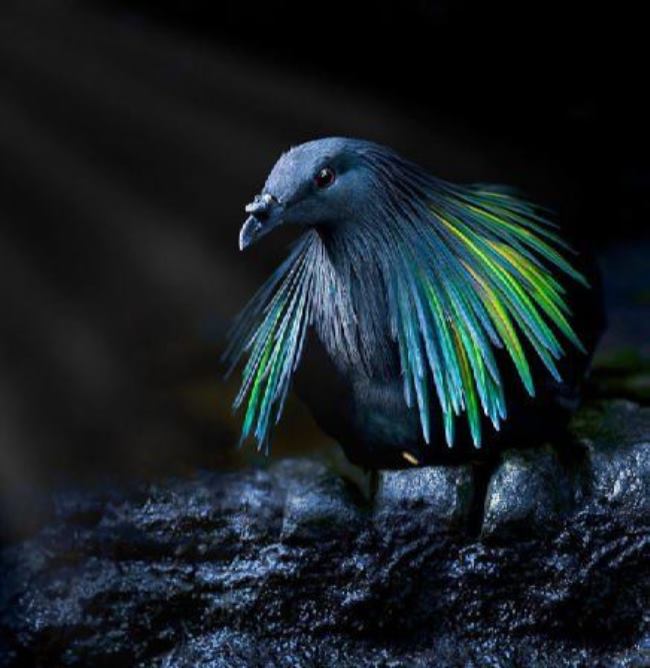 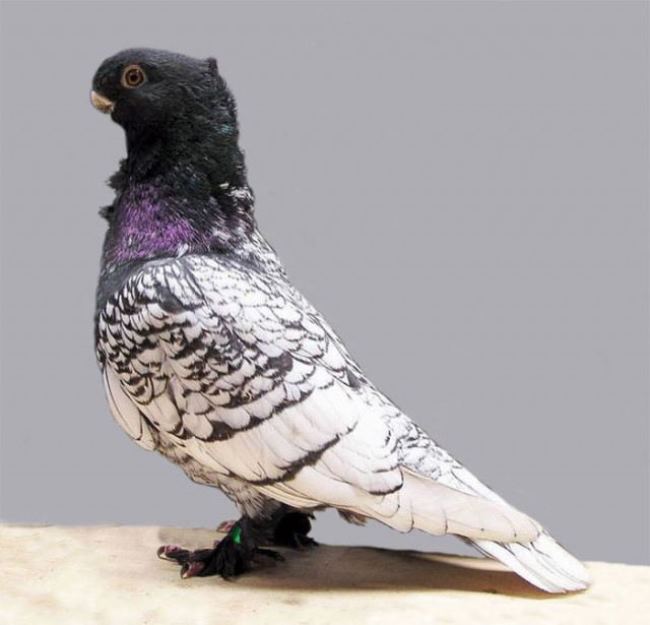 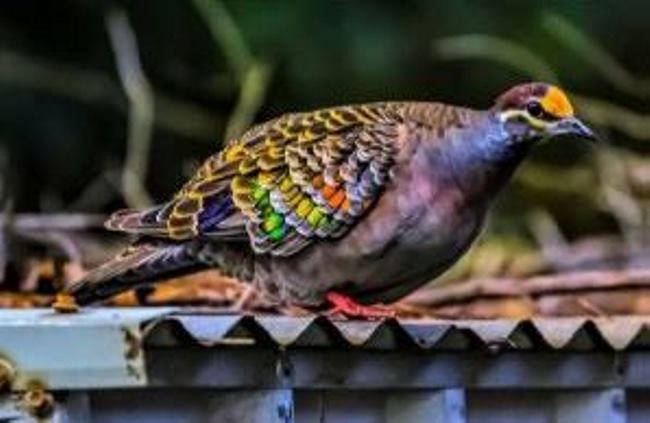 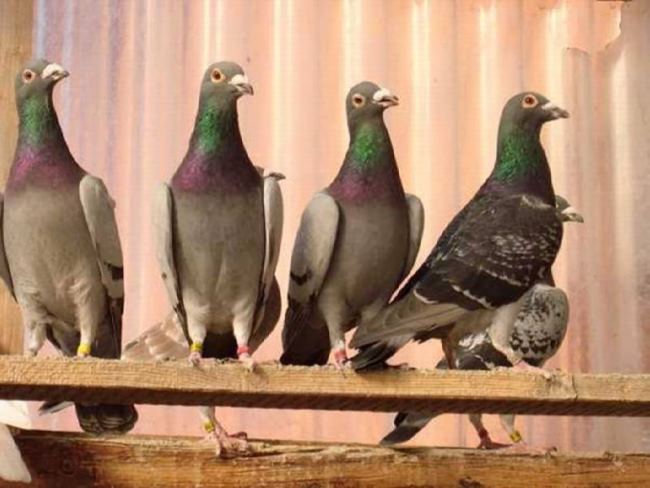 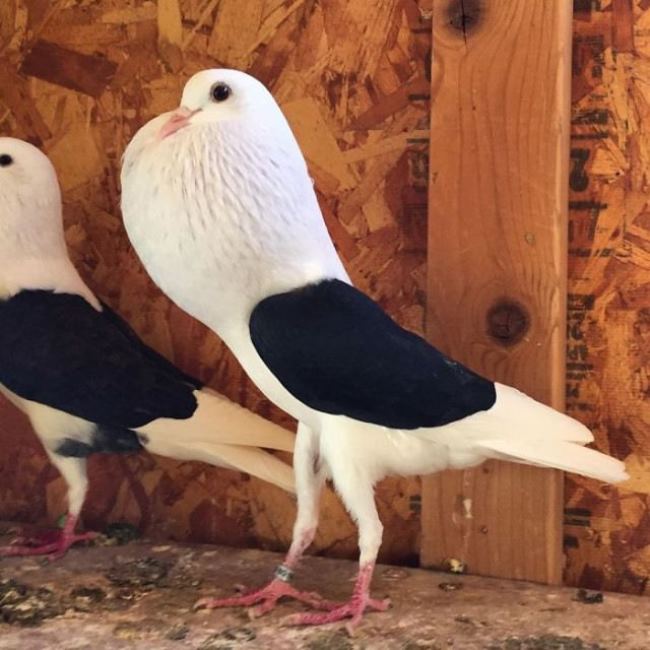 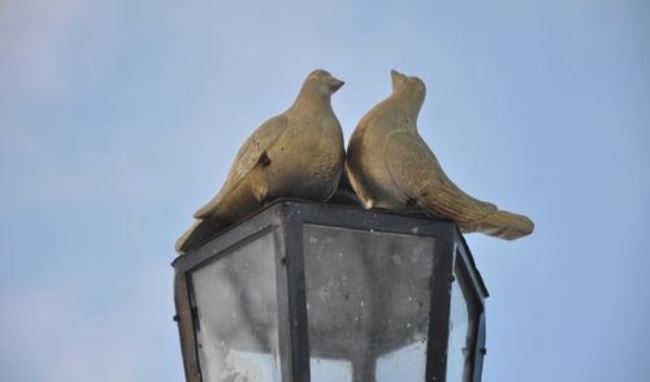 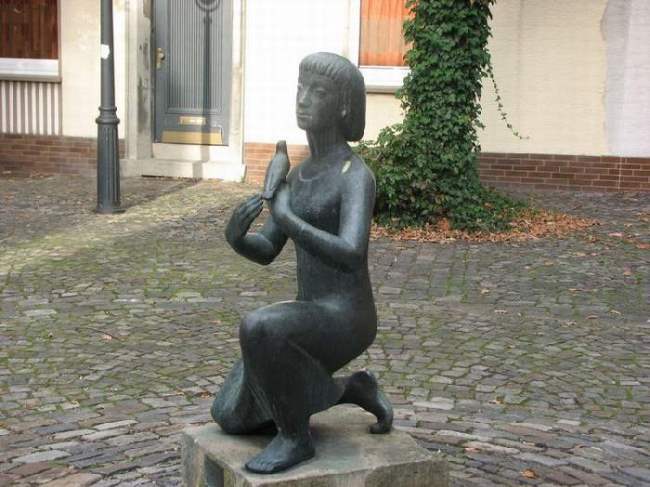