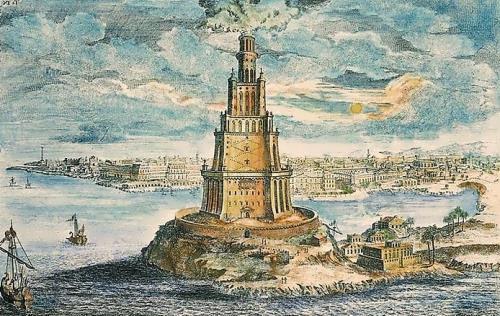 You have probably heard about Alexandria, the city founded by Alexander the Great. This place was famous for a unique library which contained about 500,000 manuscripts, and, of course, for a remarkable lighthouse, one of the wonders of the ancient world.
If you look up the word “lighthouse” in the French, Italian or Spanish dictionaries, you will find pharos. Pharos was the name of the island in the harbour of Alexandria where the famous lighthouse once stood. Later the lighthouse came to be known as the Pharos of Alexandria.
Why was is so famous? There are many reasons. The Pharos of Alexandria was the tallest building on Earth. It was one of the most elegant structures ever built in ancient times. Its mirror was a mystery. It fascinated scientists and filled people with awe. It could reflect the light more than fifty kilometres away. Legend says this mysterious mirror could even detect and burn enemy ships before they could reach the shore. So amazing was this structure, that it by right earned its place in the list of the seven wonders of the ancient world. But of all the wonders only the Pharos of Alexandria had a practical use. 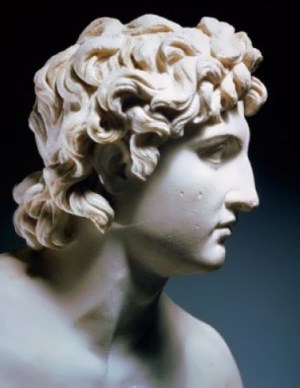 Soon after the death of Alexander the Great, Ptolemy Soter became the ruler of Egypt. He ordered to build the Pharos of Alexandria to mark the harbour and to help ships safely return to Alexandria. At that time, it was very dangerous to sail in the harbour: there were many reefs, and, what is more, the coastline in the region was so flat that it was very difficult to note the shore even during the day.
The lighthouse was designed by the Greek architect Sostratos. It was completed in about 280 BC during the reign of Ptolemy II, son of Ptolemy Soter.
If you want to know what the Pharos of Alexandria looked like, try to picture a 120-metres-high tower consisting of three sections. It rises from a stone platform. The lower tower, built of limestone, is square. Each side of it is oriented with one of the cardinal points of the compass, that is north, south, east and west. The middle tower, tiled with splendid marble blocks, has eight sides, which are oriented with the eight main winds. The upper tower has the shape of a cylinder. Here, at the very top, a fire is burning brightly. Its light, reflected by a system of mirrors, guides boats safely into the harbour. During the day, these mirrors reflect sunlight.
You may ask yourself, “But how could the fire of the lighthouse be kept shining all the night?” The lighthouse keepers had to feed the fire without stopping. The fuel needed for the fire was carried up by loaded donkeys along a spiral slope leading up to the top tower. 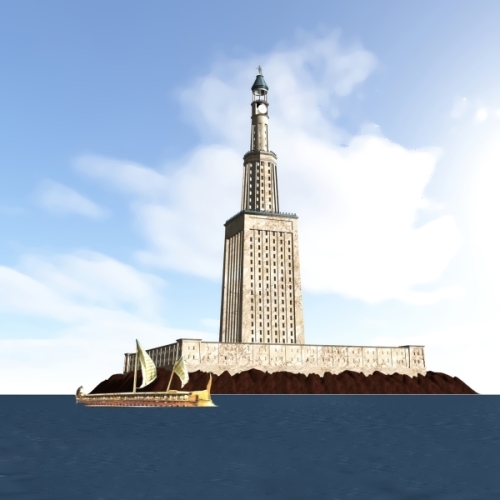 At the same time, the lighthouse was a castle. There was a huge reservoir with water in case of siege. It was also an excellent observation post as the system of mirrors could detect enemy ships far off in the sea.
The middle eight-sided tower was decorated with many bronze statues. Travellers told wonderful stories about these statues. As they said, one statue pointed to the sun following its way in the sky. When the sun set, the statue lowered its hand. There was another statue which pointed to the sea and gave a warning cry every time when an enemy ship approached the harbour.
Probably there is some truth in the stories about the moving statues, but, as it very often happens, the stories might have been exaggerated in the course of time. Nobody, however, can doubt the fact that this lighthouse was the first and the only one in the ancient world where the most wonderful inventions were used.
It is not surprising that Sostratus, creator of the Pharos of Alexandria, wanted his name to be remembered. So he inscribed on one of the walls that he “dedicated this to the Saviour Gods, on behalf of those who sail the seas.” He covered this inscription with a thin layer of plaster and then wrote “Ptolemy Soter” on it. Perhaps the architect hoped that in the future, the plaster would peel off and his name would become known to the world. And it happened just as he had hoped. That was how his name came to us.
The Pharos of Alexandria existed for about 1500 years. In 956 AD, an earthquake hit Alexandria, but the lighthouse survived. However, time didn’t spare this remarkable structure. In 1303 and in 1323, two stronger earthquakes destroyed it. Later, in about 1480, when Egypt was under the Muslims, they decided to build a military fort on the same spot where the Pharos once stood. For the construction they used the fallen stone and marble — all that was left of the wonderful lighthouse.
Time is merciless. Of the seven wonders of the ancient world, only one still exists. The Great Pyramid of Cheops. It has lived through more than 40 centuries! Man fears Time, yet Time fears the Pyramids…
Contributor: N. Zavarina
From Speak Out 3, 1998 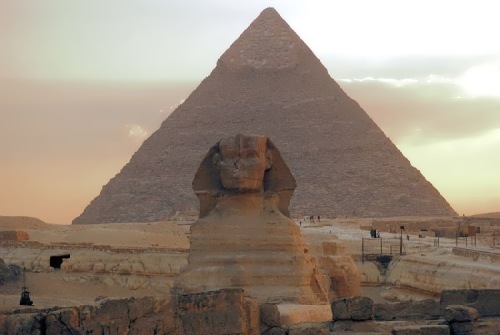 The Great Pyramid of Cheops