Pelicans are among the largest flying birds. They are famous for their huge throat pouches. These birds live around lakes, rivers, and seacoasts in many parts of the world. They often fish and fly in small groups.
There are several different species of pelican. The best-known types are the North American white pelican and the European white pelican.
Pelicans are good flyers and swimmers. They eat several pounds of fish each day. Brown pelican is the only one that actually dives into the water to fish.
Pelicans in the wild can live to be about 20-25 years old. In captivity, they may live much longer.

The brown pelican is a large water bird that is found along both coasts of the United States. It weighs up to 3.5 kg and has a wingspan of up to 2 m. This pelican has a light brown body and a white head. Its long, flat bill and large throat pouch are adaptations for catching fishes. This bird hunts while flying above the surface of the water.
The main reason for the decline of population was the use of organic pesticides, including DDT. Pesticides poisoned pelicans directly and also caused thinning of their eggshells. In 1970 the brown pelican was listed as endangered throughout its U.S. range and in 1972 the use of DDT was banned. 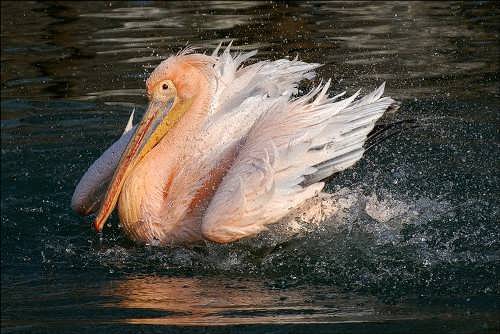 Other problems that face the brown pelican include habitat loss, encroachment by humans, and disturbance by humans.
The Dalmation pelican is the largest member of the pelican family. An average adult measures 1.6 to 1.8 meters and weighs between 10 and 13 kilograms. Males are slightly larger than females. The bird has a wingspan of almost 3.3 meters. Its covering of feathers is white–gray in color. Its pouch is yellow and during breeding season, it turns orange–red.
The Dalmation pelican must make a heavy running start in order to take off. In the air the bird is fast and soars easily.
The female, assisted by the male, builds a nest out of reed stalks, grass, and branches. She lays from 1 to 4 eggs. Both male and female incubate them for 32 days. Crows, magpies, and gulls prey on the pelican’s eggs. 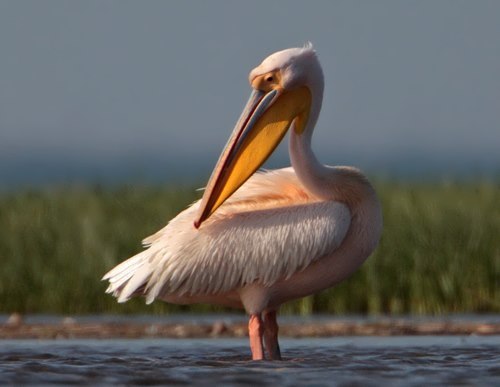 Great numbers of Dalmation pelicans have been killed by fishermen, who view the birds as competitors for fish. They have also been hunted for food and for the skin of their pouches. Much of their habitat has been lost.
Pelican is the character of many tales and legends. For Muslims it is considered a sacred bird – according to legend pelican carried in the throat sack stones for the construction of shrines in Mecca. In European heraldry pelican is a symbol of selfless parental love. Early Christian writers compared the pelican feeding its offspring flesh and blood, to Jesus Christ, who sacrificed his blood for the salvation of mankind. In Scandinavia, a pelican is the emblem of the donors. 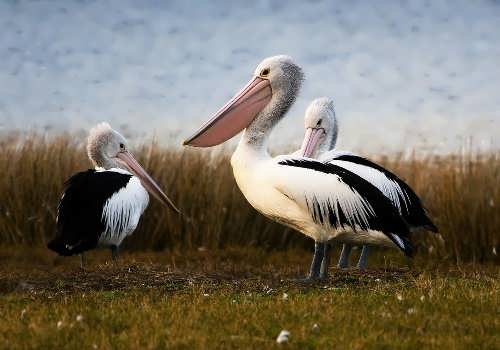 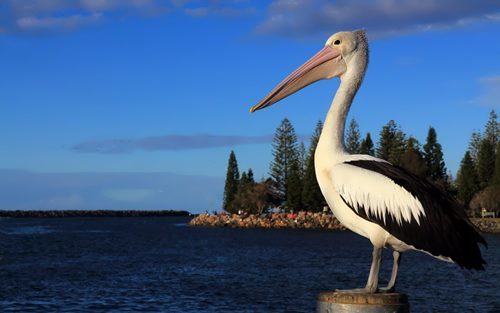 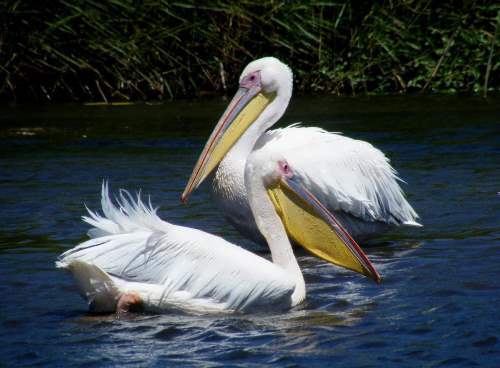 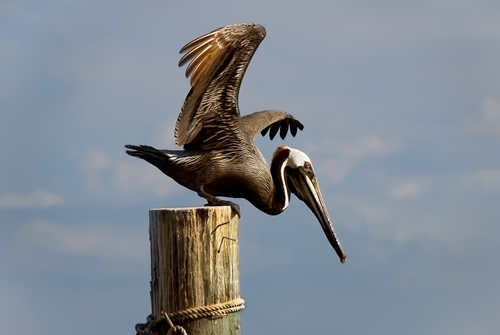 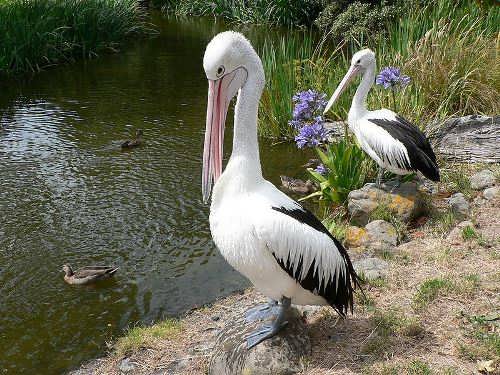 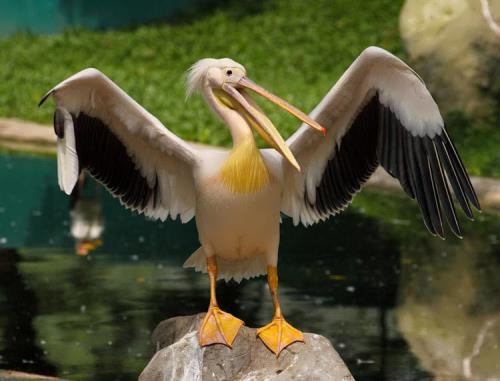 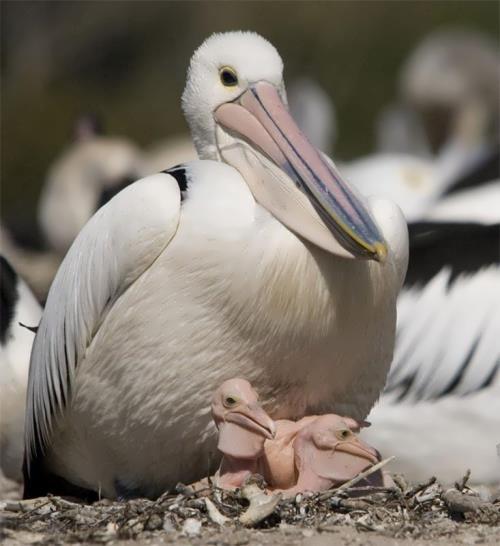 Female and its chicks 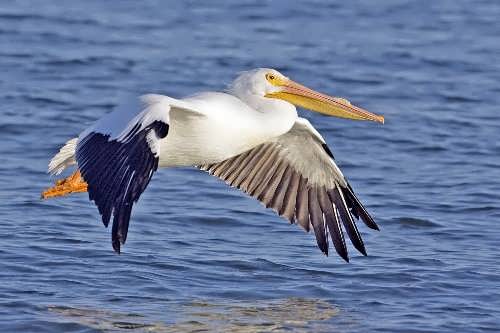 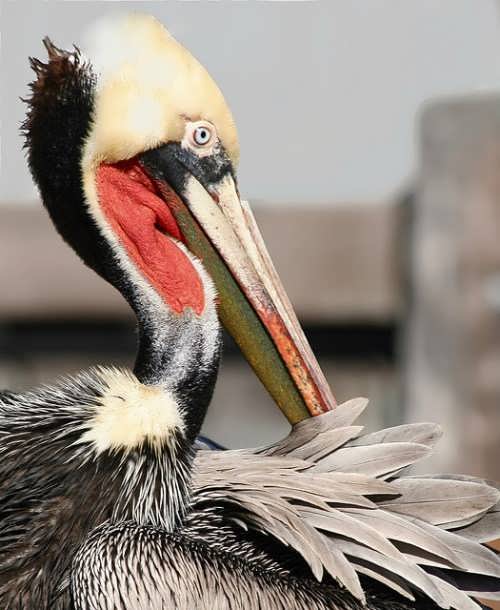 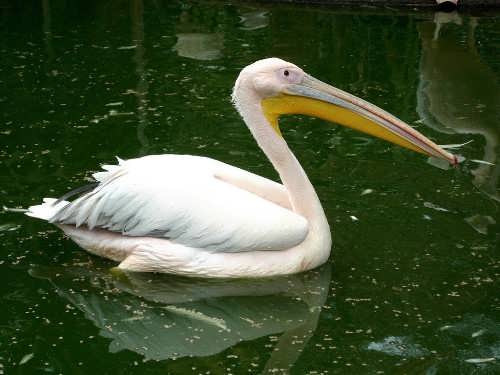 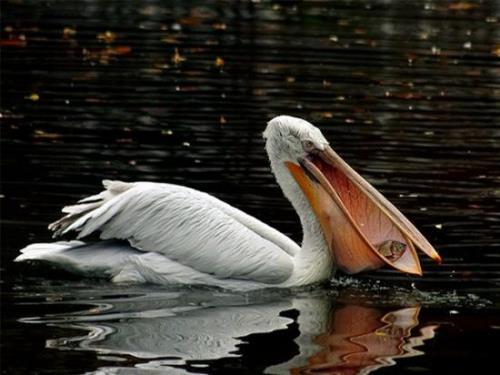 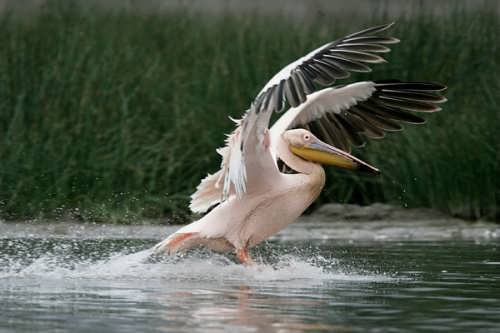 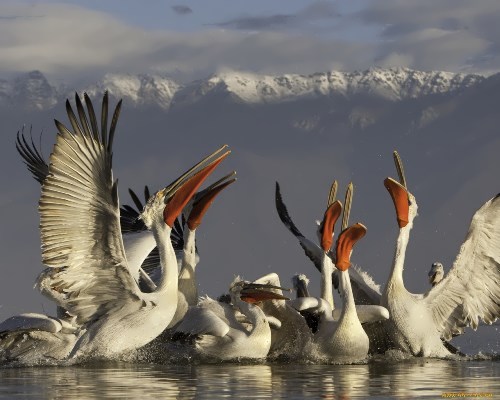 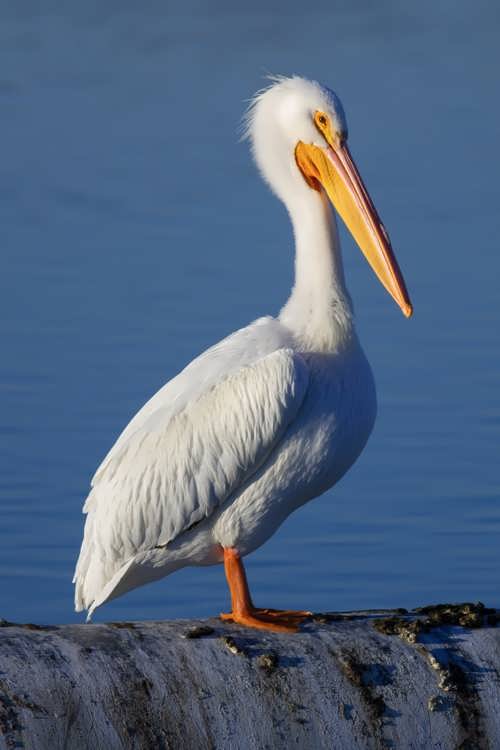 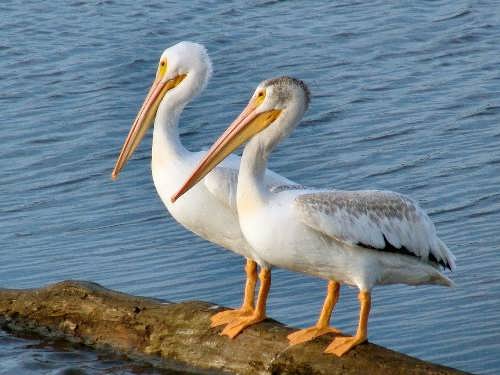 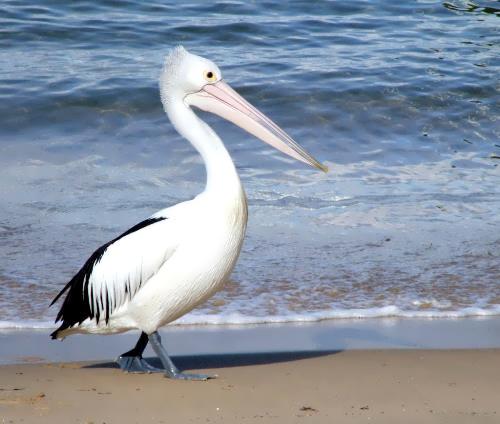 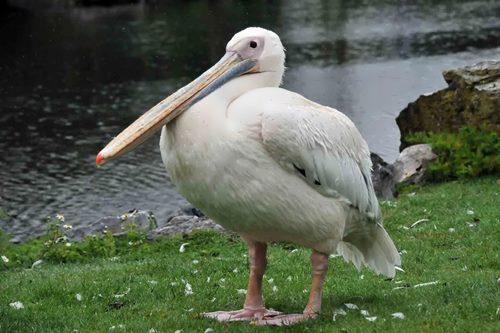 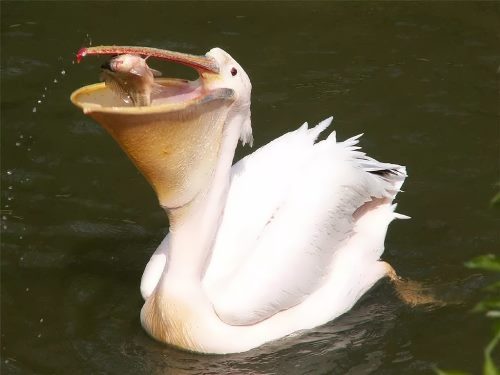 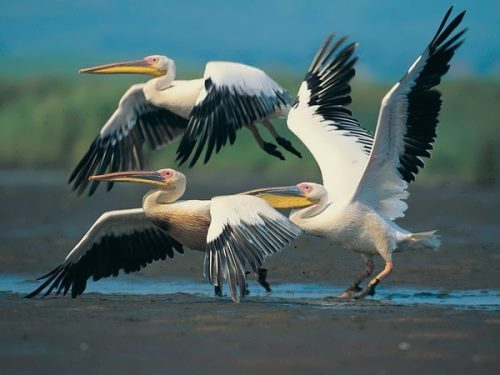 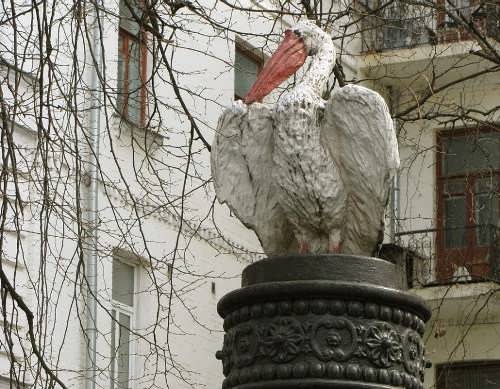 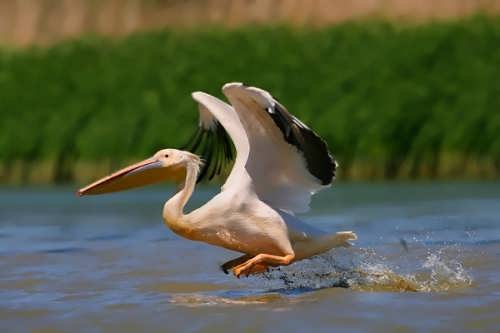 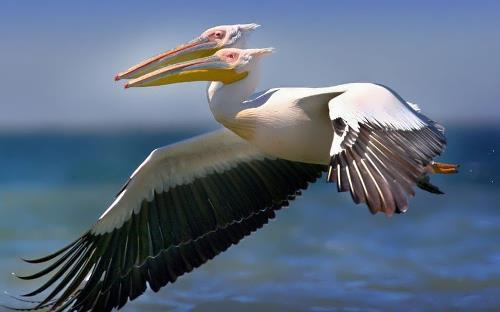 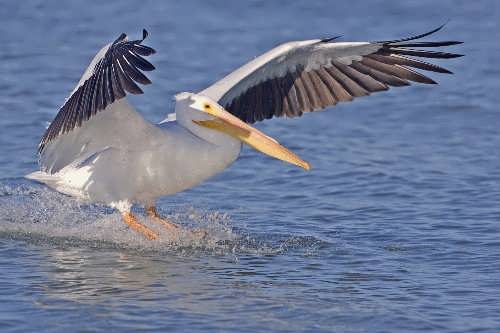 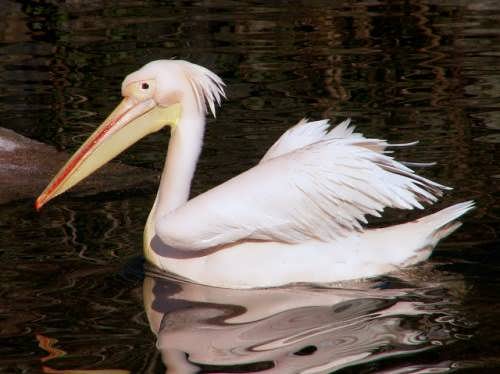