« Bangladesh – Land of the Bengals
Stars – huge balls of fire » 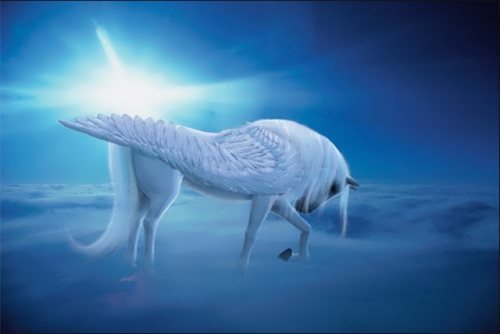 Pegasus was a winged horse in ancient Greek mythology. According to legend, he was created when the hero Perseus cut off the head of a frightful monster. Pegasus sprang from the monster’s blood.
A young man named Bellerophon wanted to ride Pegasus. The goddess of wisdom Athena helped him catch the flying horse. Bellerophon was unbeatable on Pegasus and even could kill the Chimera. It was a monstrous fire-breathing hybrid creature composed of the parts of lion, goat and dragon. Bellerophon became a hero. But once he decided to ride Pegasus up to Mount Olympus, the home of the gods. Pegasus threw Bellerophon to the ground and was rewarded with a home on Mount Olympus. The horse became the favorite of Zeus.
Pegasus was turned into a constellation.

Boundless space has always been of particular interest to people in different ages. The main object of study and observation were and are stars. Billions of small planets, forming entire systems, attract the curious views. Thousands of years ago people saw in the stars the outlines of animals and gave them names. They believed that the sun and the planets were gods who gave signs to the earthly inhabitants. And it was undeniable that there was a connection between the stars, the Universe and the Earth. 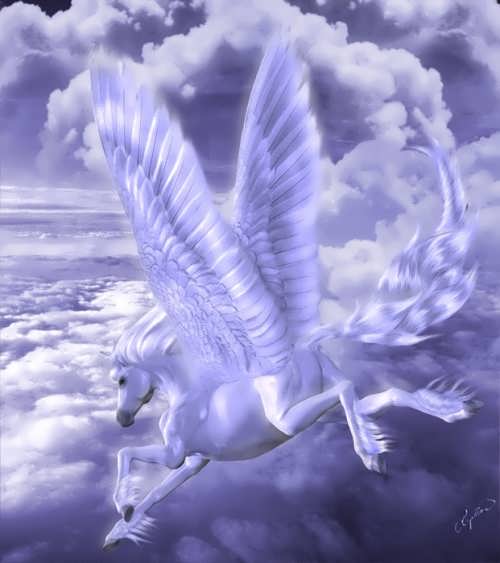 Studying stars has become an exciting activity for people. In order to navigate in this vast cosmic space, the celestial sphere was divided into areas that are constellations. In ancient times, star clusters were given the names of gods and animals. To date, the international astronomical union officially recognized 88 constellations.
In the northern hemisphere of the night sky, you can see with the naked eye 166 stars that make up Pegasus constellation. There is a meteor stream Pegasid, as well as several galaxies, among which NGC 73331, in the constellation.
Pegasus is considered a symbol of eloquence, inspiration, glory, spiritual growth. In European heraldry, it was reproduced on the arms of philosophers and sages, during the Second World War, its image, together with the rider, was the distinctive sign of the British airborne troops. 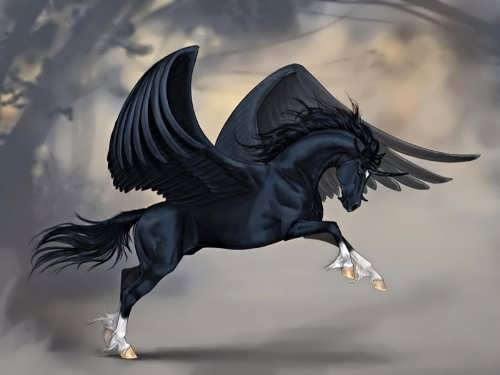 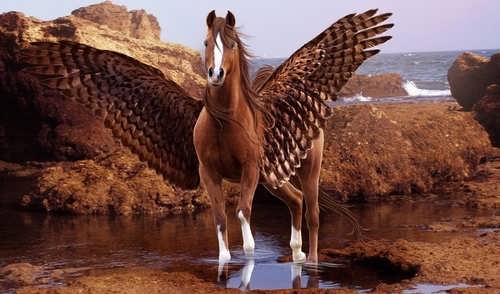 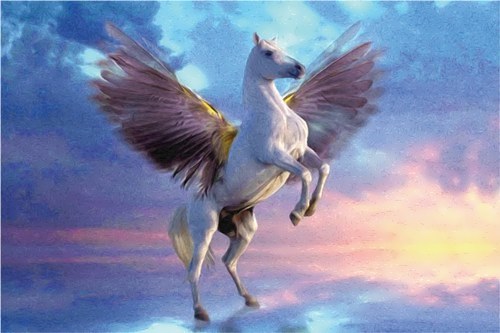 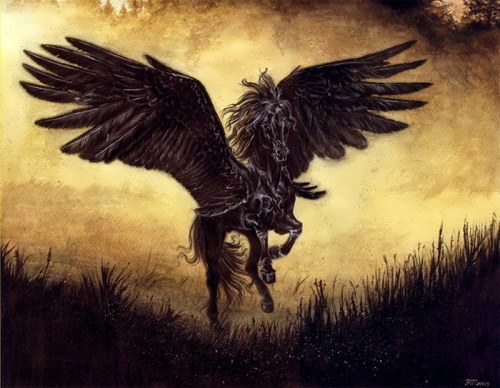 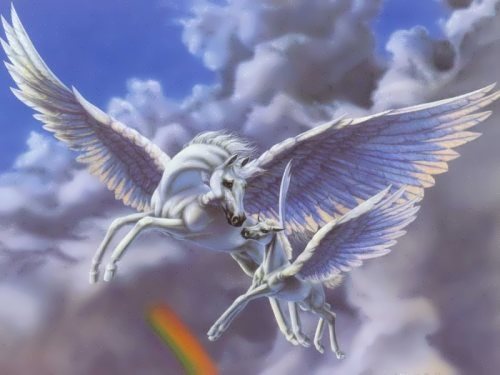 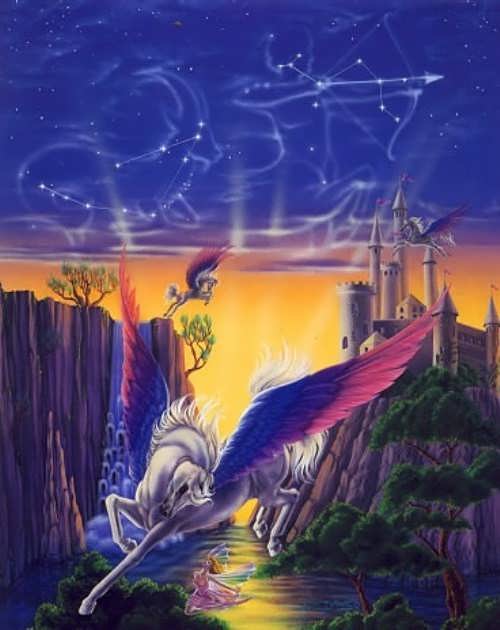 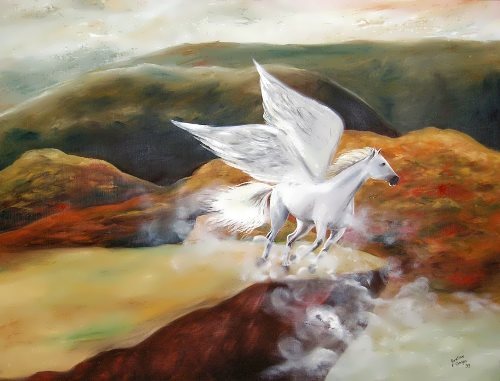 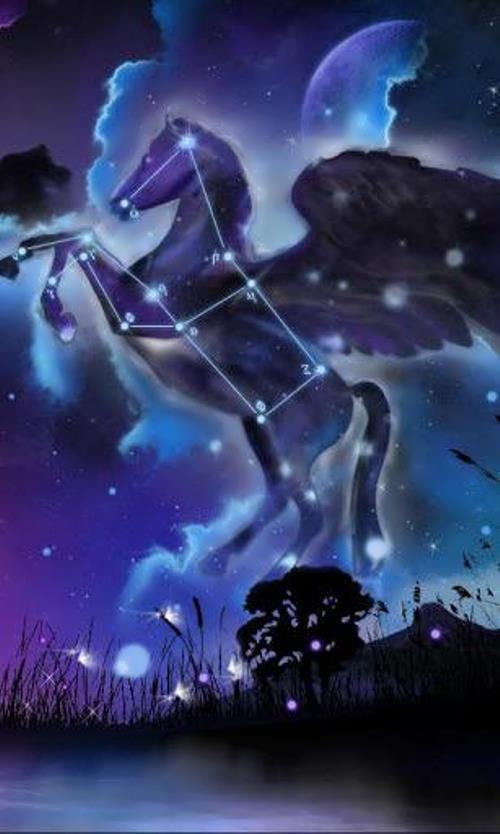 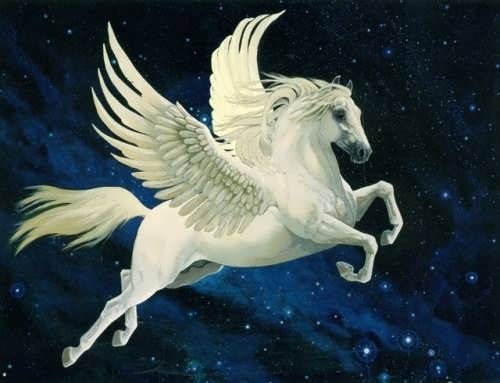 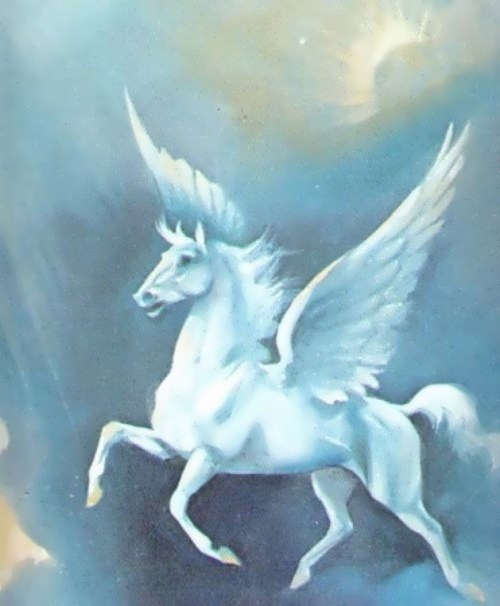 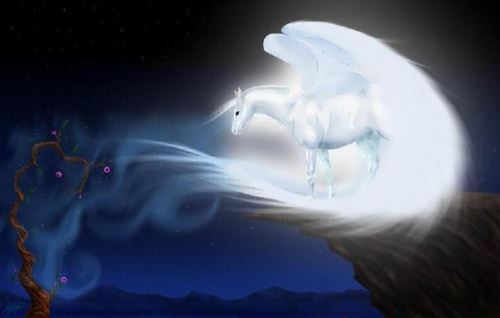 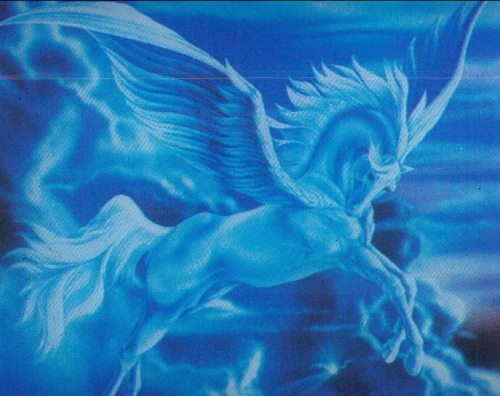 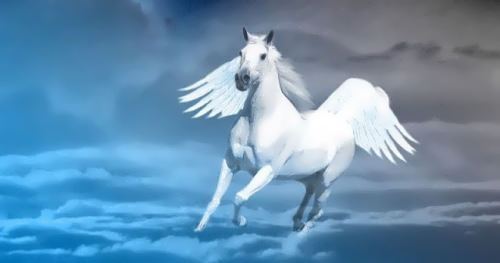 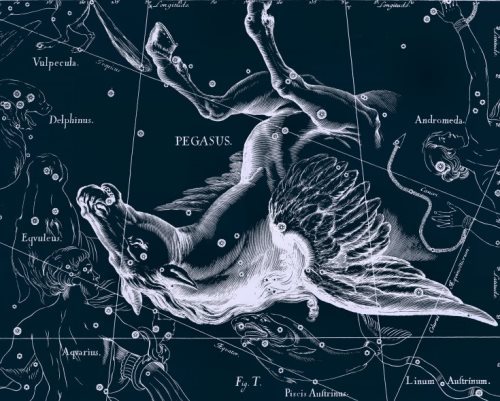 Pegasus on the map 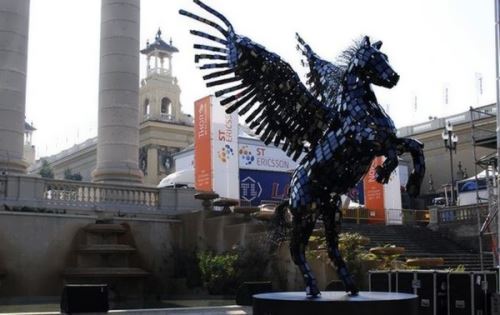 Statue of Pegasus made from smartphones 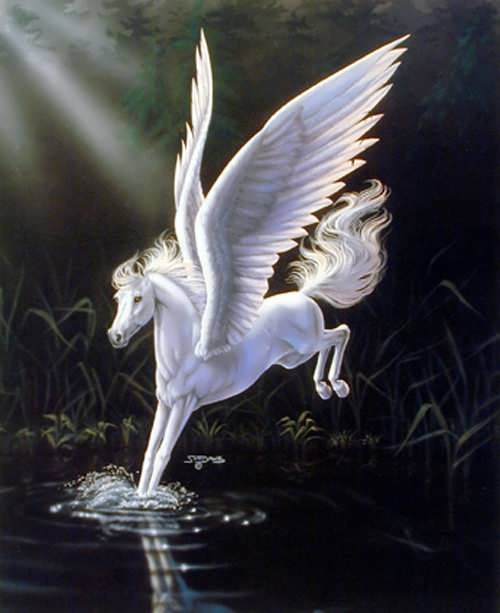 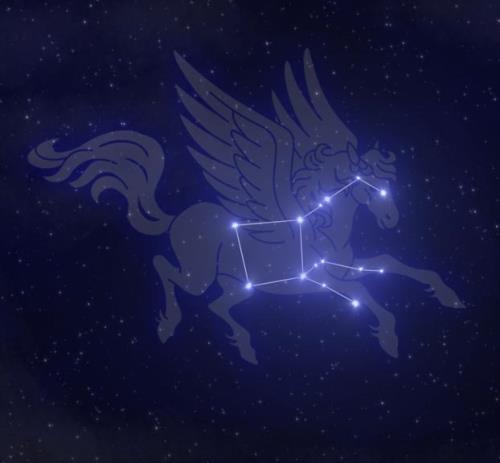 Winged horse in the night sky 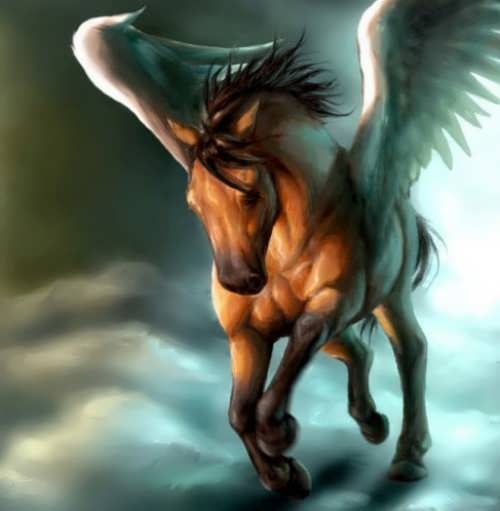