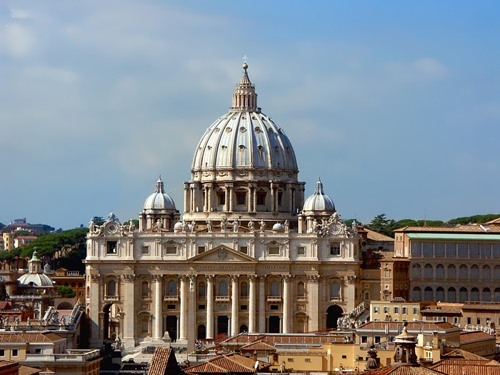 During the reign of the Roman Emperor Nero there was persecution of Christians. The apostle Peter was crucified on the cross and put his head down to die. In 324 follower of the Christian faith, Roman Emperor Constantine ordered to erect the majestic Basilica on the place of his execution. The Emperor took out 12 baskets of earth, exactly the number of apostles, from excavation for the foundation.
Until that time, the basilica had undergone numerous reconstructions, but it did not become better. In 1506, Pope Julius II ordered to build the world’s largest Christian church on the place of the former basilica. He wanted to invite thousands of pilgrims from around the world and thereby contribute to the spread of Catholicism. Architect Donato Bramante led the construction. Prominent artists and sculptors of the time, Raphael, Peruzzi, Michelangelo, took part in the creation of the church.

Bramante, who began building the cathedral in the form of an equilateral Greek cross, died. Rafael took his place. He decided to pull the longitudinal line of the cross, and turned the shape of the cathedral into a Latin cross. But death prevented him to fulfill his plan. Invited Michelangelo returned to the initial project – he decided to build the grand basilica in the form of a Greek cross, and crown its top with a huge dome, like the Pantheon. Michelangelo gave twenty years of his life to the cathedral. He built its dome, made paintings, created sculptures, and also developed a uniform of guards guarding the Vatican today. But he did not realize all his ideas. 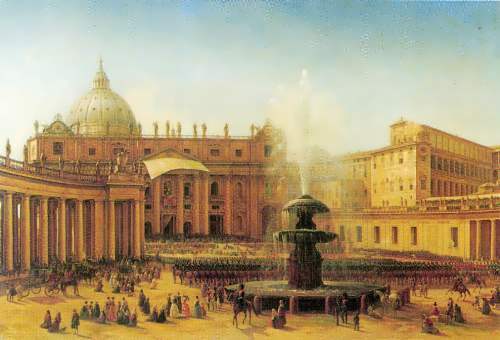 In the XVI century there was time of discord and devastation. Construction costs were so high that they had to resume trade in indulgences. This caused a protest among the followers of Luther in Germany, and led to a religious division of Europe and the emergence of the Reformation.
Only at the beginning of the XVII century architect Carlo Maderno took the final decision to build the cathedral in the form of a Latin cross. There are nine terraces on the facade of the central portico, one of which is called the Loggia of the Blessing. The Pope appeals to many believers with the blessing Urbi et Orbi each Easter and Christmas from it.
The last architect, who participated in the construction of the cathedral, was Bernini. In 1626, the construction of Papal Basilica of St. Peter was finally completed. 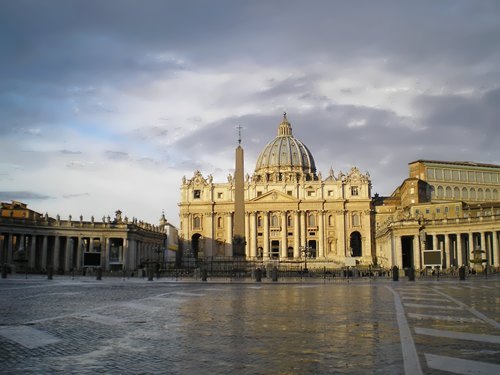 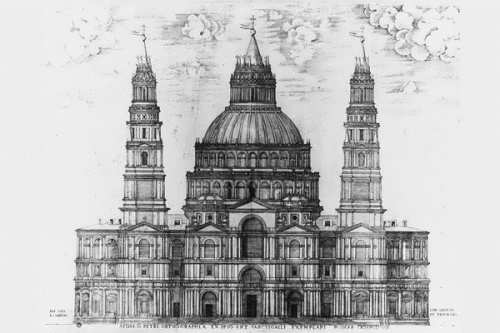 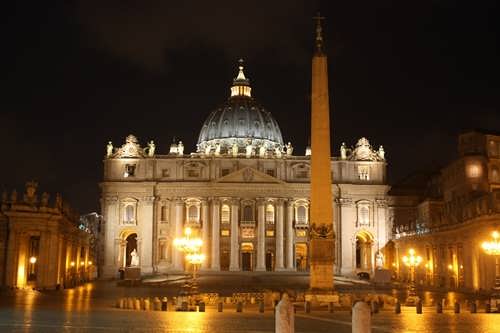 Basilica of St. Peter at night 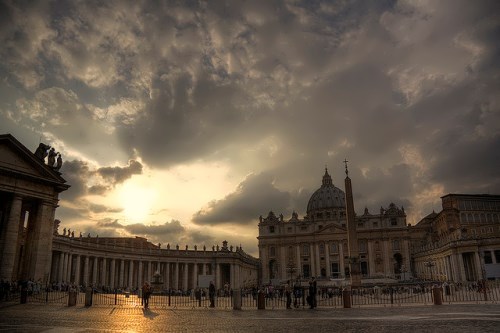 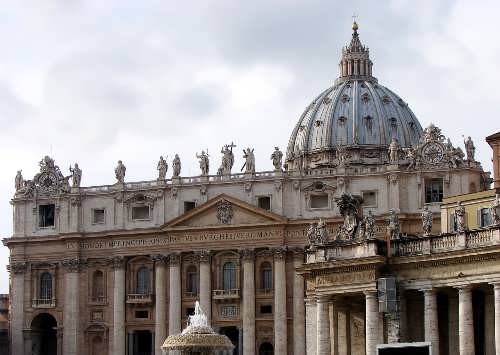 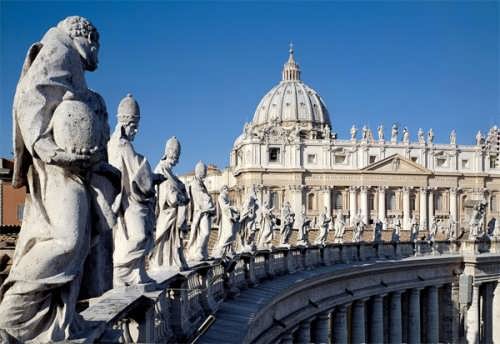 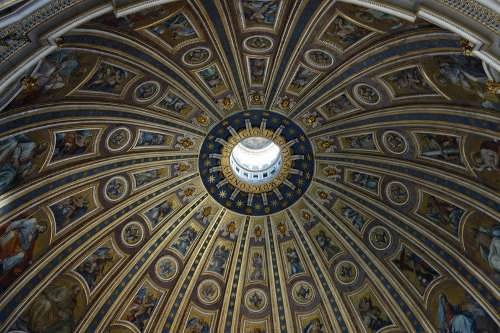 Dome of the cathedral 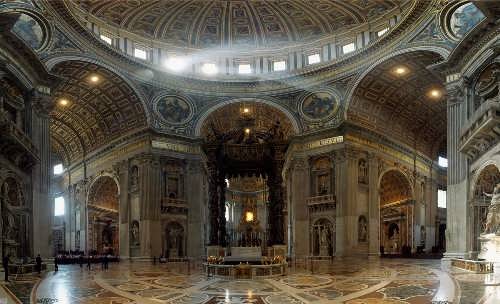 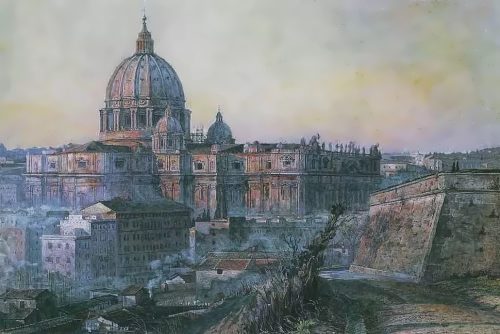 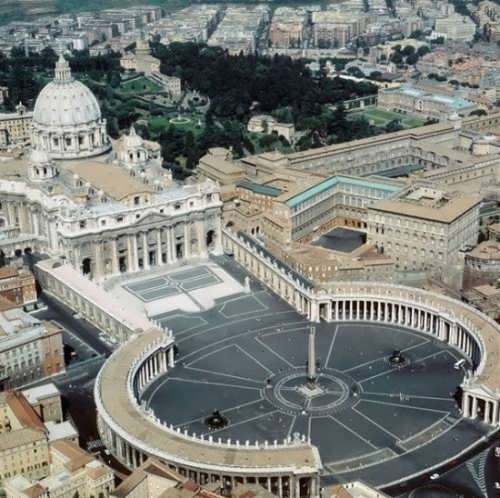 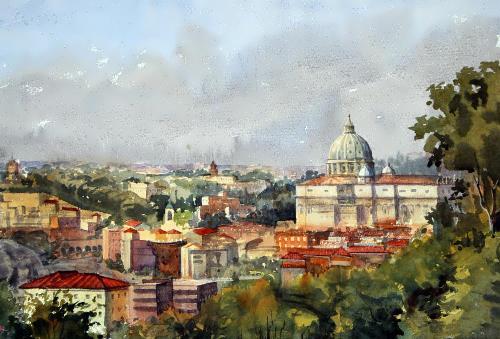 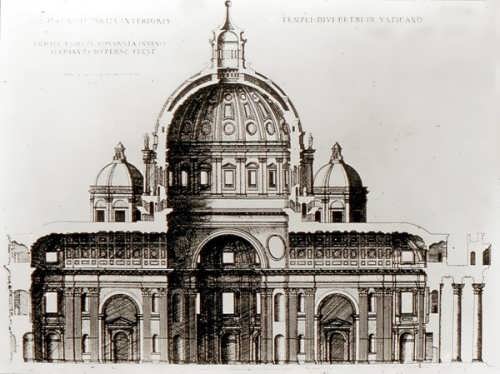 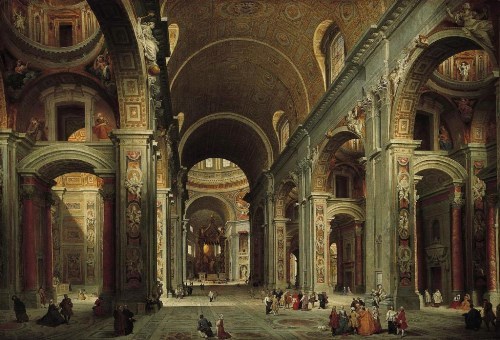 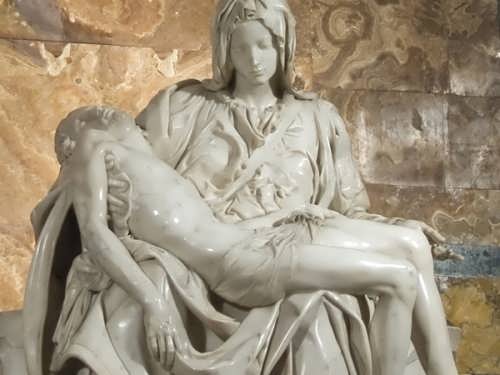 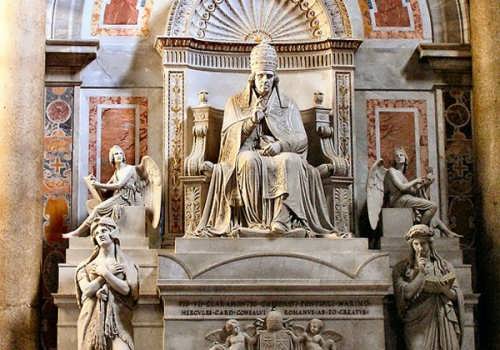 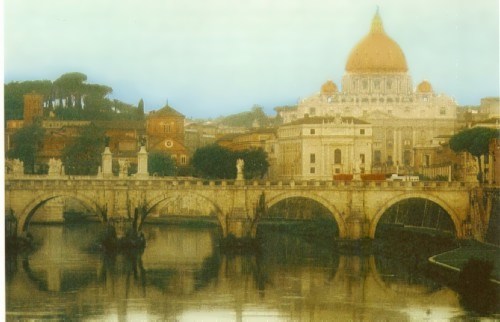 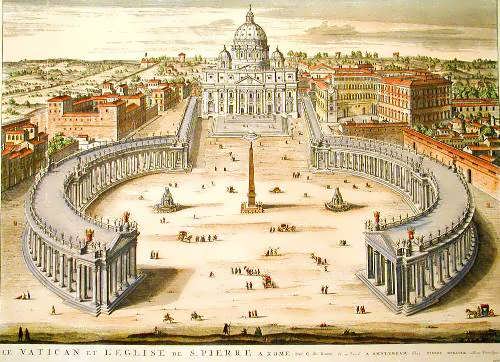 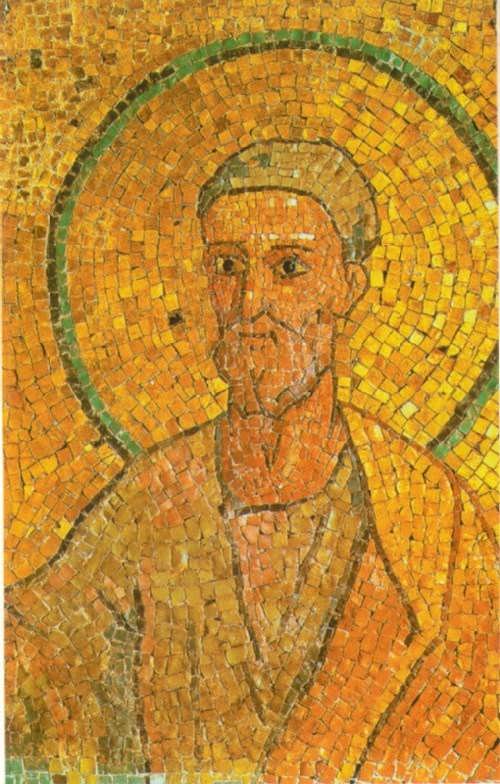 St. Peter. Fragment of a mosaic from the crypt of St. Peter. 700 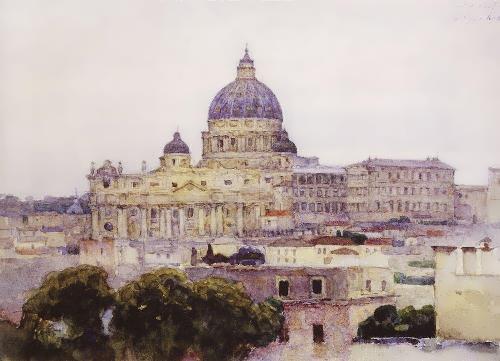 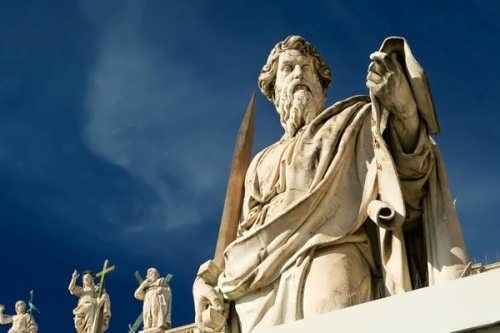 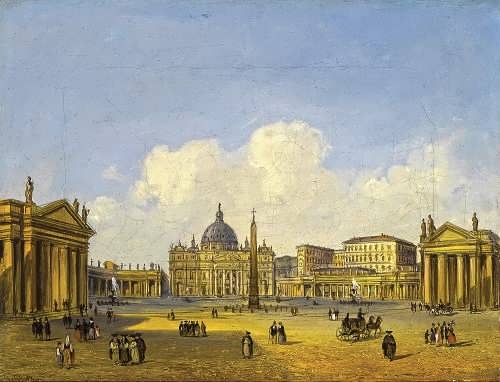 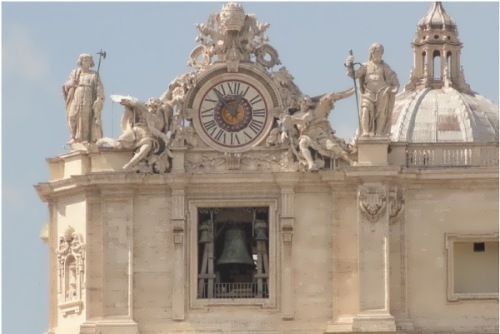 The clock was added in the XIX century 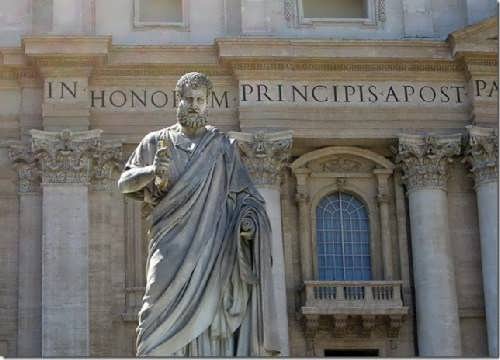 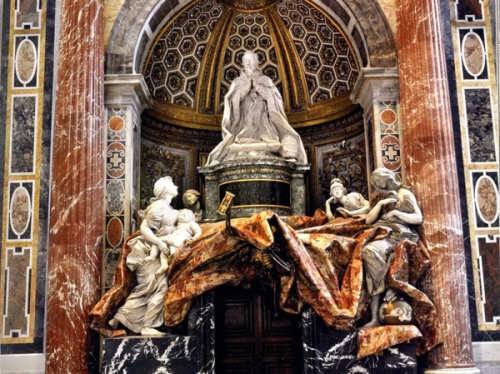 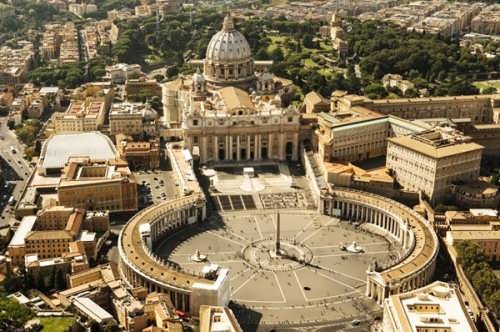 View from the air 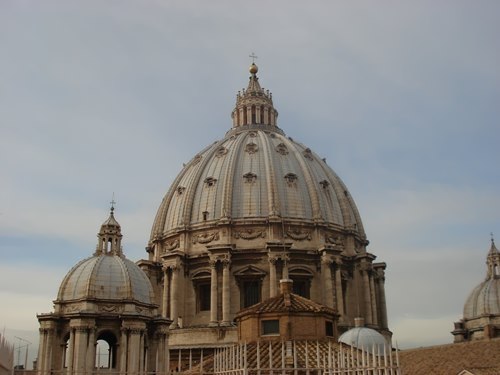