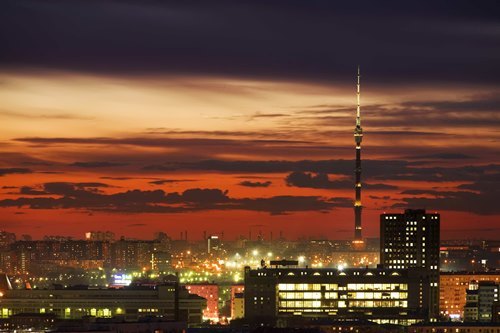 On November 4, 1967 the world’s tallest tower began to transmit television signals in Moscow. It is 533 m high and was built on the project of Doctor of Technical Sciences N.V. Nikitin. The broadcasting zone has increased many times. Stable TV signals could be taken by residents of remote cities. Its construction began in the summer of 1960.
And before the Ostankino TV tower, radio tower on Shabolovka worked. 150-meter-high tower functioned successfully since 1922, and since 1948 it operated as a television tower. But in the fifties, in connection with the spread of television, there was a need for the construction of a large television center, up to 500 m high, in order to increase the reliable signal transmission zone to 100-120 km.

The tower was to be installed in one of the central districts of the capital, so that it became a symbol of Moscow. Initially, they planned to build it on the Lenin Hills, next to the Moscow State University, but then decided on Shabolovka. A lot of projects were put forward. They chose the project of the chief designer of the Mosproekt Institute, Nikolai Vasilyevich Nikitin. In Soviet construction practice, no one worked at such heights. At the Ramenskoye mechanical plant, a special self-lifting crane was made, and an inclined-ropeway was designed and installed. 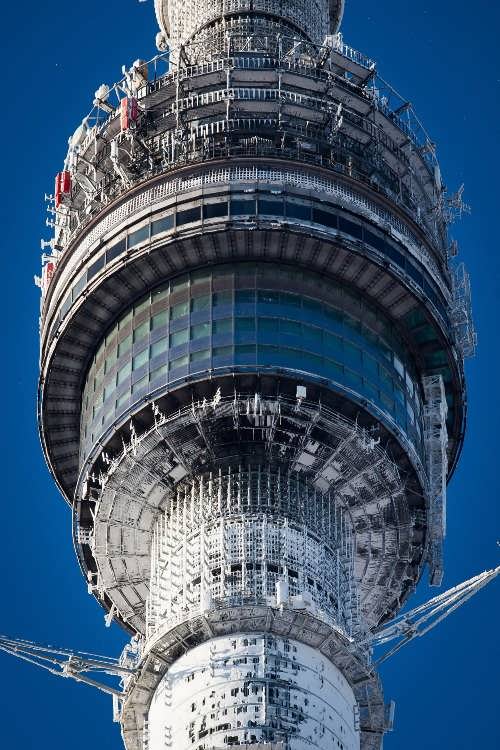 On April 27, 1967 the installation of the antenna at an altitude of 533.3 m was successfully completed. This was a record. The world had the highest television tower. Many engineers who took part in the creation of a new television center were awarded the Lenin Prize.
Three high-speed elevators brought visitors to the observation deck to a height of 337 m, in the same place there was the restaurant Seventh Heaven. The ring of the restaurant was rotating, which allowed visitors to admire the panorama of Moscow while in the restaurant.
Until 1975, the Ostankino TV tower was the tallest building in the world. And only after the appearance of the Canadian television tower height of 553.3 m, built in Toronto, it moved to second place. 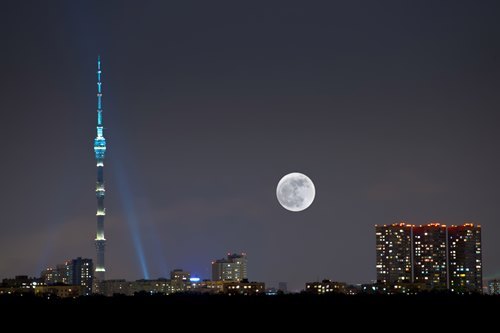 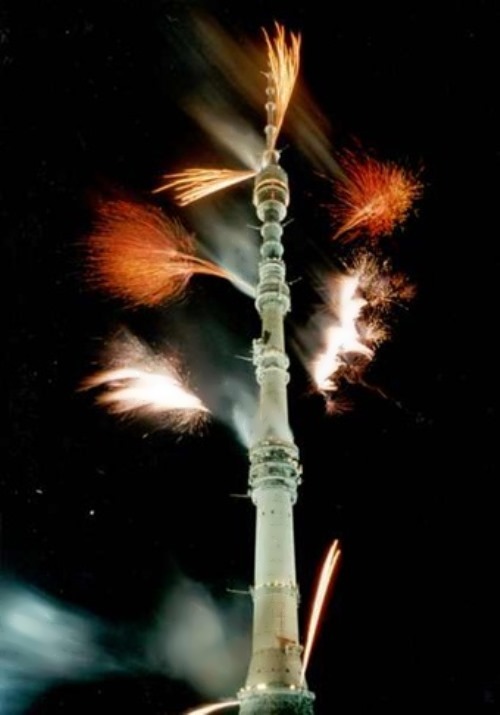 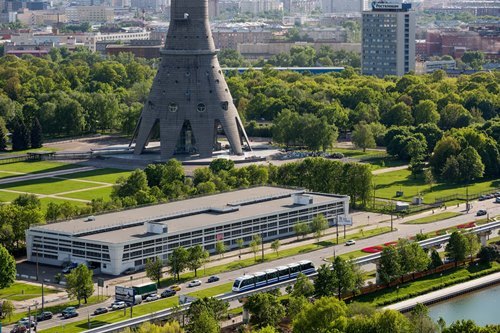 Basement of the tower 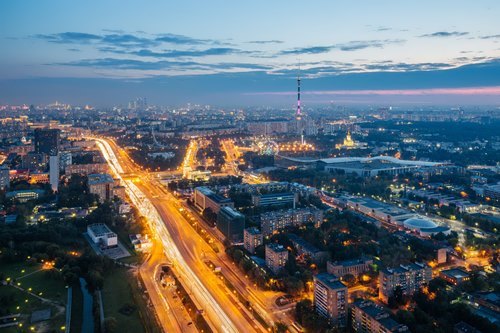 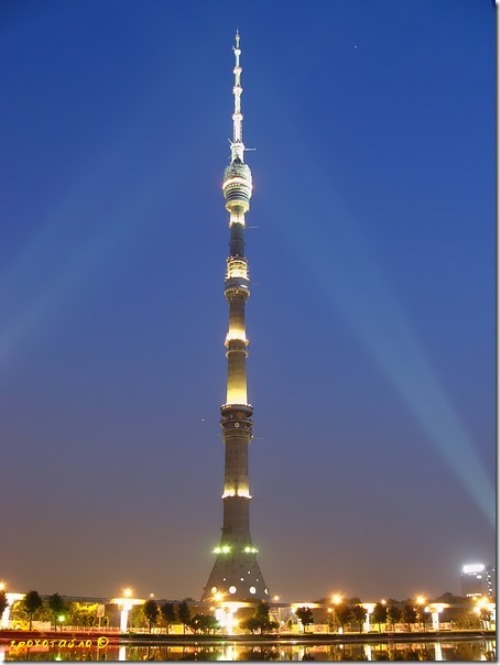 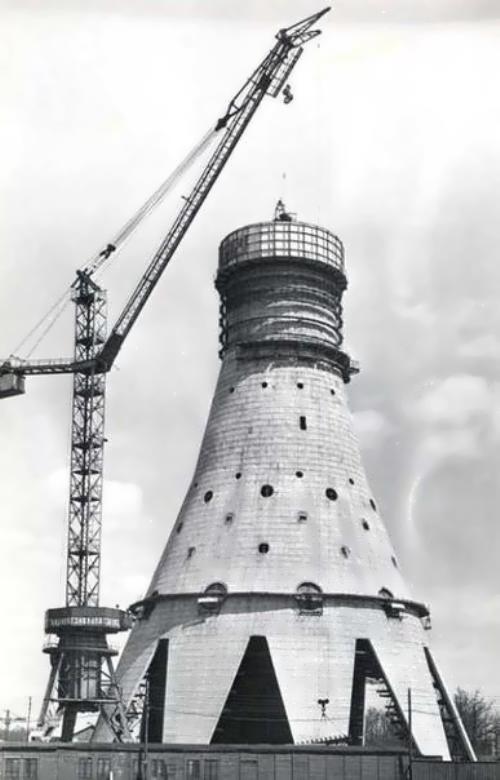 Construction of the tower 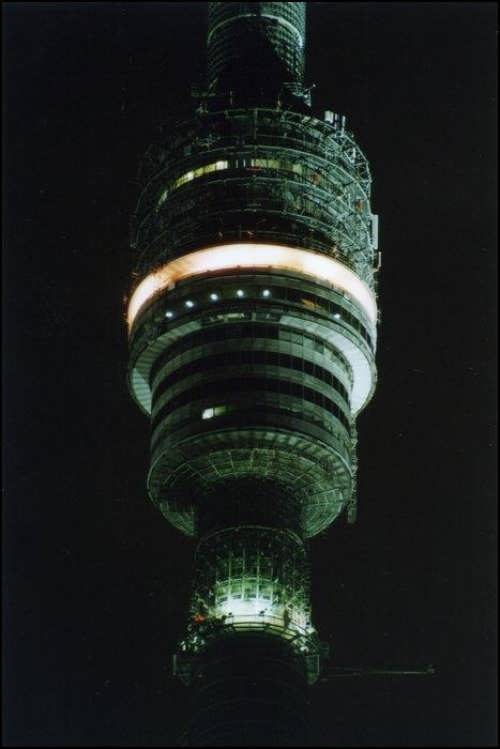 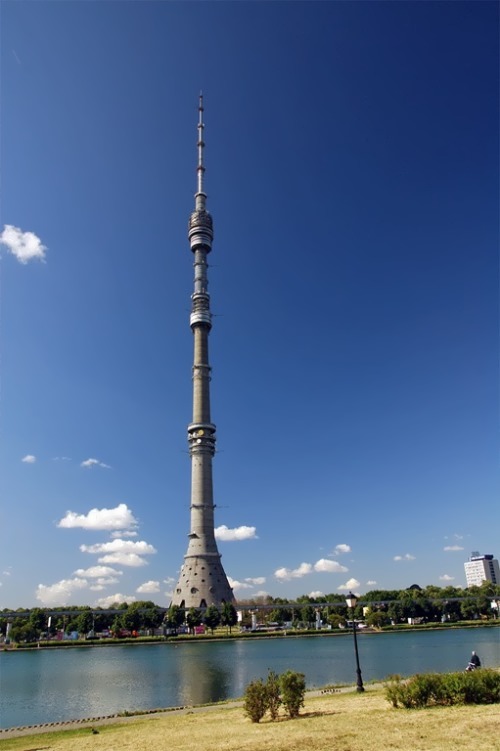 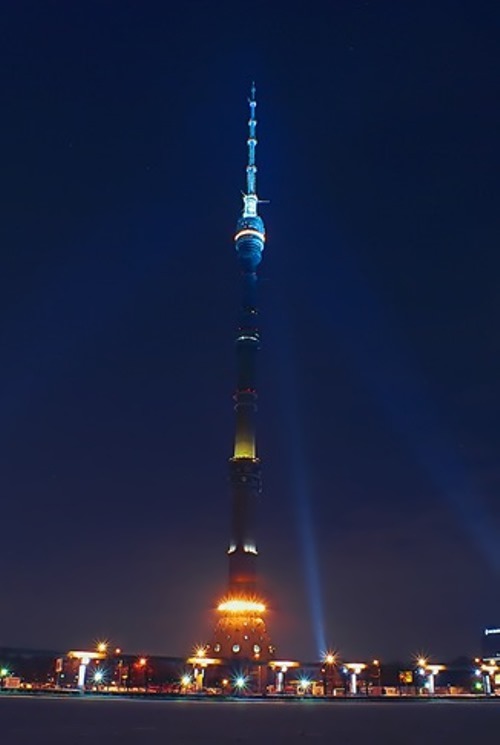 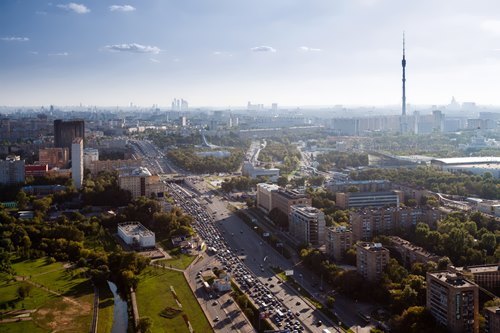 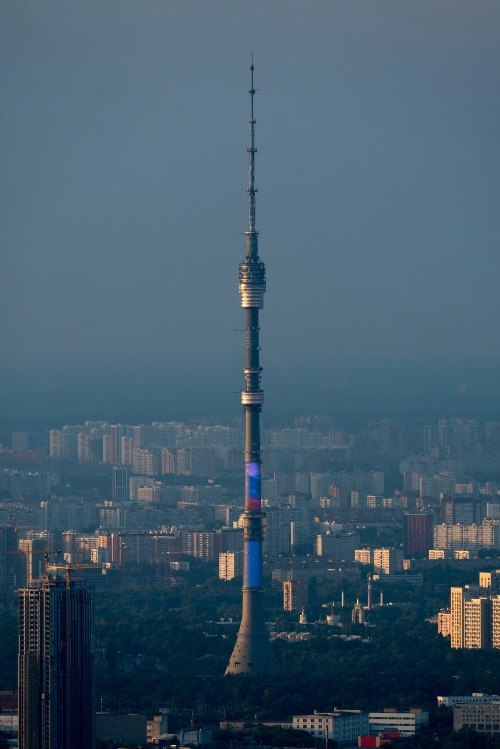 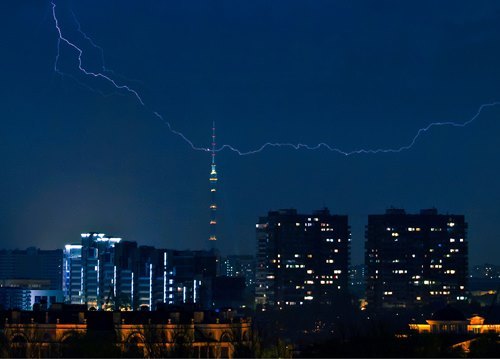 Lightning and the Tower 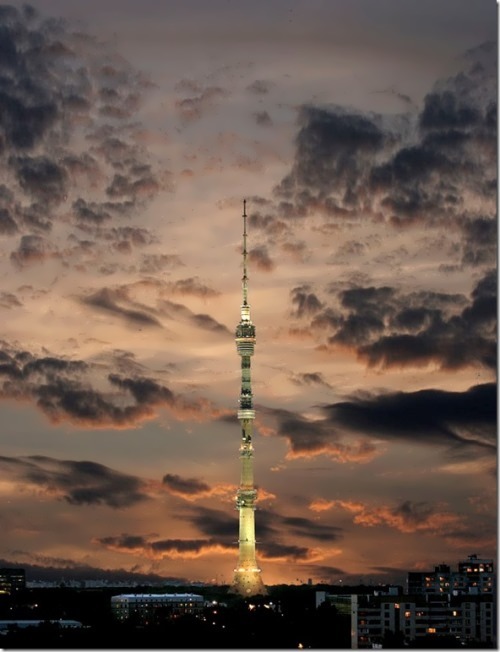 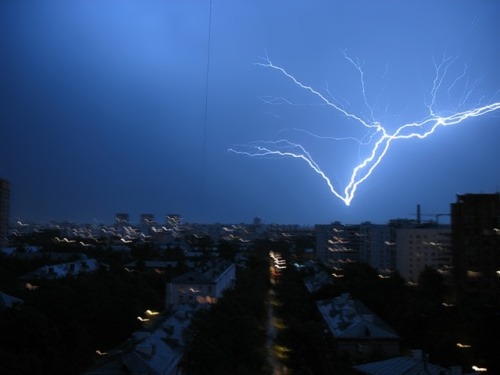 Lightning is striking directly into the base of the TV tower. On average, lightning hits the tower about 50 times a year 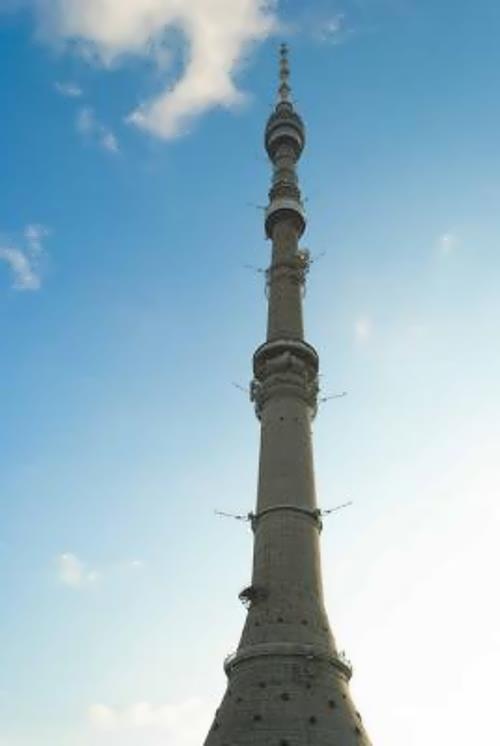 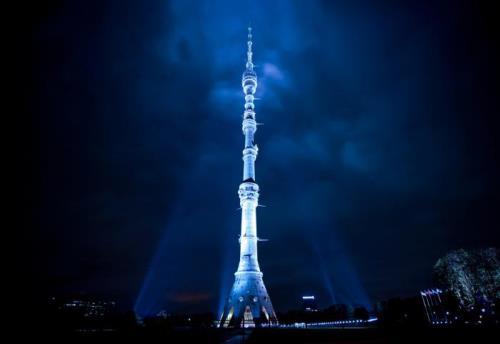 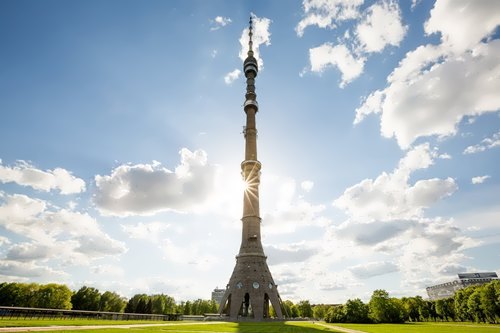 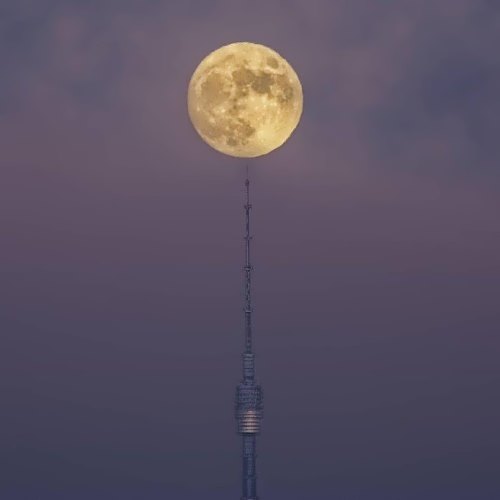 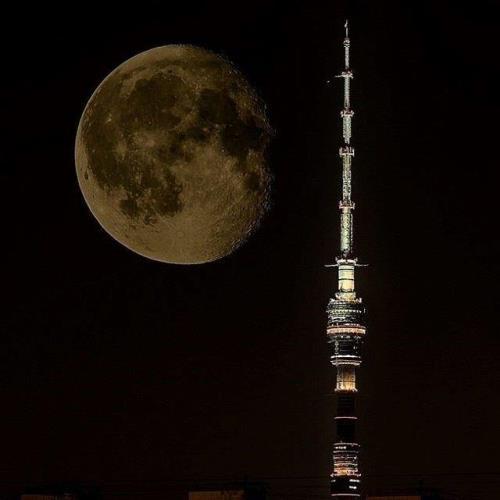 The Moon and the Tower 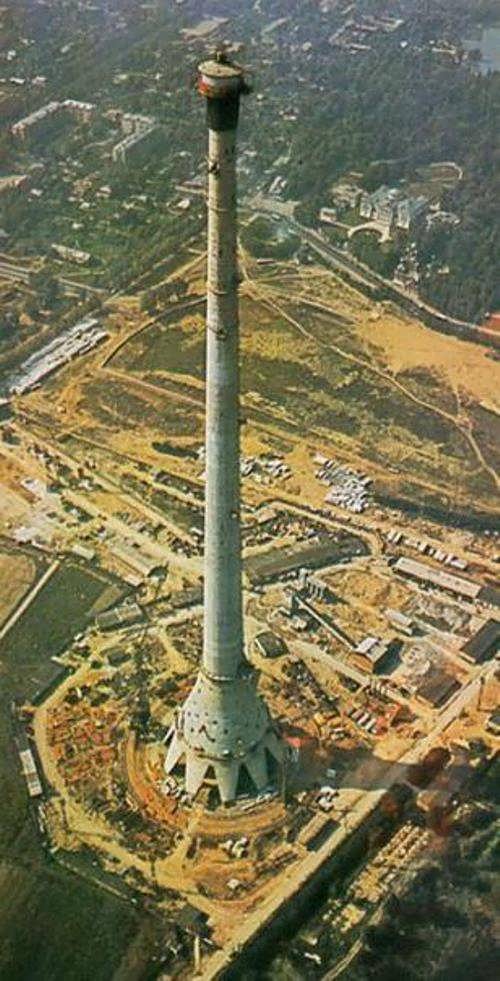