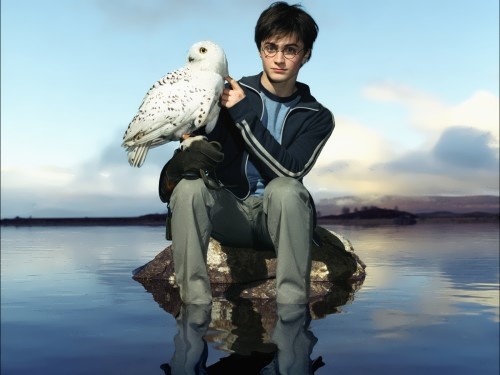 Tales about a boy with glasses and a scar on his forehead – Harry Potter – have become very popular in the XXI century. Harry Potter’s “mom” is a British writer Joanne Rowling, who was born on July 31, 1965.
She started the first book about the English boy who entered the school of magic, the famous Hogwarts, in 1991, when she was a modest French teacher. Initially, several publishers rejected the manuscript because it was not interesting enough. That is why the “Harry Potter and the Philosopher’s Stone” appeared in print only in 1997. And fabulous novel became a book of the year. Last novel “Harry Potter and the Deathly Hallows” was released in 2007.
“Fairy tale about the boy wizard taught children to read,” says teachers.
In fact, the novels are made up of well-known magic cubes – Philosopher’s Stone, phoenix, Goblet of Fire.
The secret mission of novels is rehabilitation of Witchcraft and Wizardry. And it happened in England, a country where magic is strong traditionally, where there are still many secret societies. 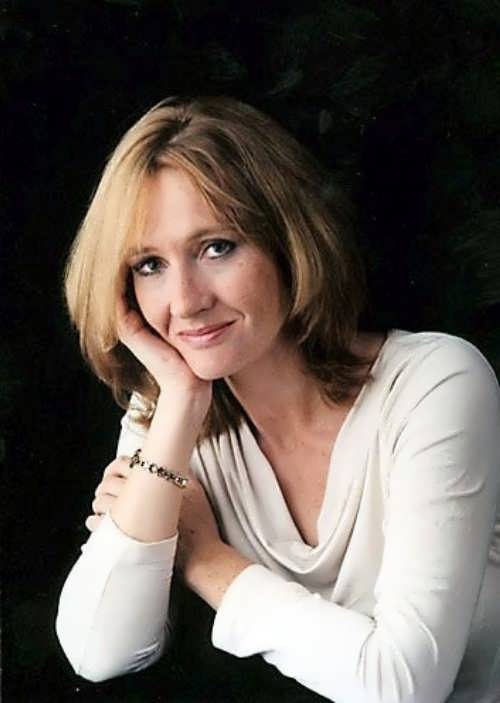 People have always believed in magic. But it was prohibited. Many people were burned alive during the Inquisition. And even in the literary works authors hid magic in other worlds, in the countries of elves or hobbits. And their heroes wanted to become “real people”. It was very dangerous to be a witch or a wizard. By the end of the century people began to ascribe magic to the world of evil, as it has happened many times before.
Many fantasy games appeared with the Internet. And people rushed to settle in virtual worlds. People began to create another reality!
The special merit of Rowling’s novels was not creating “masterpieces of children’s literature” but the statement that magic firmly and lawfully entered into our world, because… it always existed in it.
Rowling gives people hope that the wizards of Hogwarts can help people. 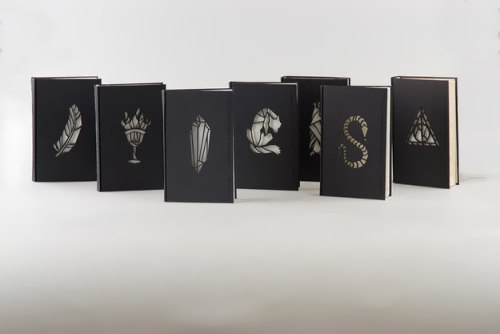 Hungarian student Kincső Nagy creates magic design of books about Harry Potter. She said that while working on this project, she wanted to use abstract images, “in order to help the reader to focus on his own vision”.
The designer also illustrated the book “Harry Potter and the Philosopher’s Stone” with the fold out images. 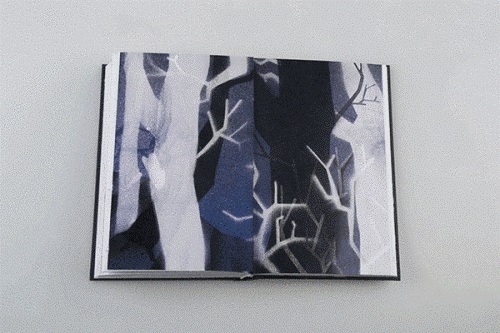 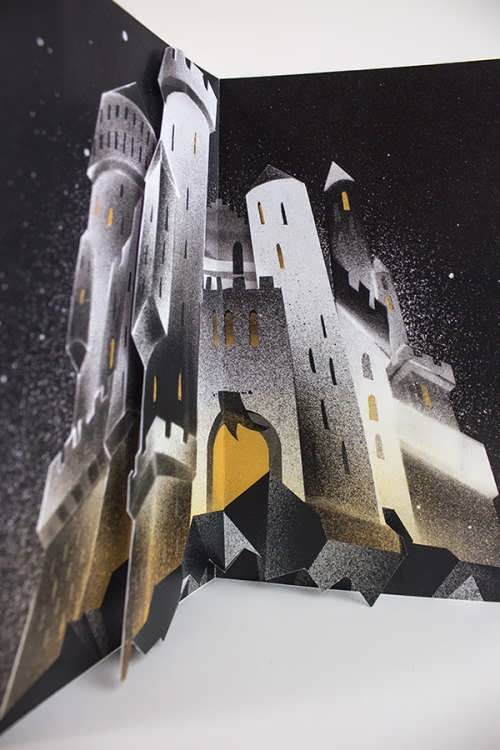 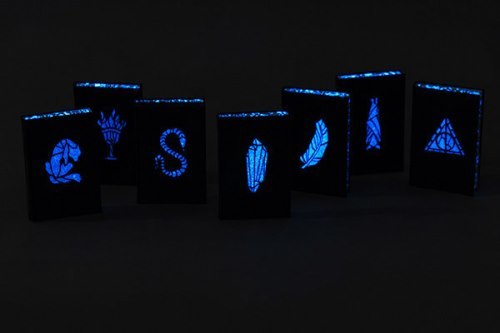 The covers glow in the dark