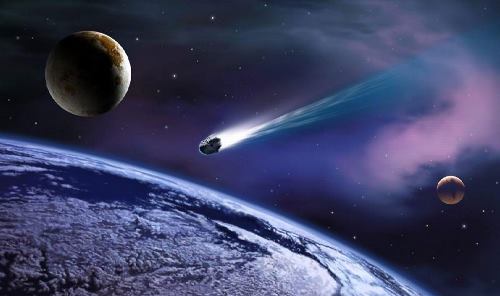 Owing to their special nature and origin, meteorites have long been endowed with great power and often served as objects of worship. People saw in them the personification of infinity, a piece of celestial matter that fell on our planet. Even today, despite the fact that modern science has been able to reliably establish their true nature, they still remain something mysterious and alluring.
The ancients called meteorites “stones that fell from the moon.” The Chinese gave them the name “stars that fell from heaven and turned into stones.” The Greeks regarded them as burning clots of air. Almost every ancient civilization had its own, as a rule, mystical and religious explanation of what “shooting stars” are.
It is curious that in the history of the development of science there was a period of official rejection of “heavenly stones”. Rationalism categorically refused to accept the fact of their existence. The generally accepted opinion at that time was that stones cannot fall from the sky, since they are not there. In their defense, supporters of this hypothesis made a rather dubious argument: they say that meteorites cannot be “fallen stars,” since no one has ever seen a star disappear from heaven.

But on April 26, 1803, a meteorite fell in Aigle (France), which exploded in the air and covered a fairly wide area with its fragments (more than a thousand pieces, some weighing almost 10 kilograms). The fall of the meteorite has been documented by many officials. The Paris Academy of Sciences was forced to admit: meteorites exist.
Meteorites falling on our planet are divided into three types: purely stone (chondrites and achondrites); iron-stone (pallasites, mesosiderites and lodranites) composed of silicates and iron in various proportions; and iron (hexahedrites, octahedral and ataxites), consisting almost exclusively of iron with small impurities of nickel.
Modern methods of analysis have revealed traces of organic elements in some meteorites, which serves as an indirect confirmation of the hypothesis about the existence of life outside the earth’s atmosphere.
Every day, up to several tons of meteorite material fall into the Earth’s atmosphere. But most meteorites are extremely small, smaller than a pinhead, and we don’t even know about them: they evaporate in the upper atmosphere. Some, however, manage to move forward. We all know the meteors, the “shooting stars,” the smallest hard grains that reach the upper atmosphere and burn in it. Meteorites of a sufficiently large size can fly to the surface of the Earth and crash into it. 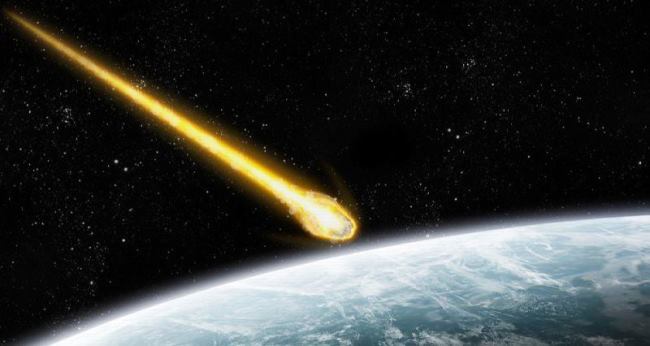 The fall of really large meteorites is a rather rare phenomenon, although if we consider it from a geological point of view, this rarity is very, very conditional. The most famous traces of such falls are the famous Arizona crater and the Tunguska meteorite, which caused devastation in Siberia. In addition to them, more than a hundred craters are known on the earth’s surface, and the diameter of many of them exceeds ten kilometers. There are many supporters of the hypothesis of the mass extinction of dinosaurs due to the fall of a giant meteorite, which caused a catastrophe on a planetary scale.
In the Ancient World, meteorites were considered “stones falling from heaven” and were endowed with great magical symbolism. They were considered the link between heaven and earth. For some ancient peoples, meteorites have served for centuries as objects of worship and numerous tools of primitive people made of meteorite iron have also been discovered. In Egypt, iron was for a long time known only in meteorite form (called “celestial metal”) and was used to make sacred objects. In Mexico, the Aztecs carefully polished meteorite iron to make round mirrors used in ritual ceremonies. 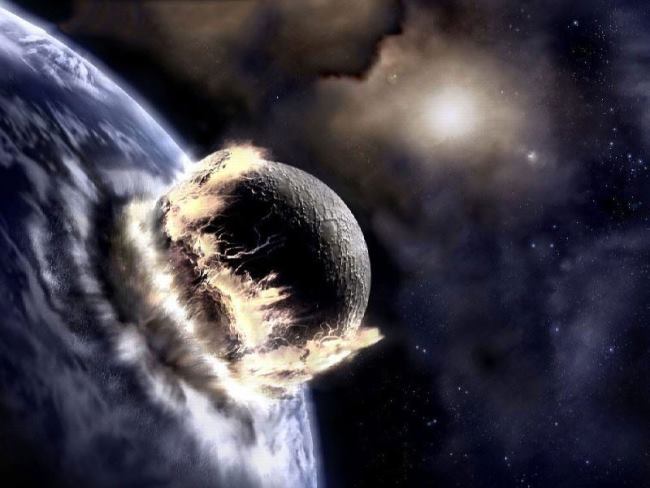 Stones that fell from the moon

In the Christian world, there was a custom to attach meteorites to the columns of churches to “prevent them from returning to heaven.” In the eastern corner of the cubic Kaaba located in Mecca, where Muslim pilgrims flock from all over the world, a black stone is mounted at a height of a meter above the ground. It is split into two parts and connected by a silver ring. According to Islamic tradition, this stone was donated by the archangel Jabrail Ibrahim, but many believe that, in fact, it is a meteorite.
Sometimes a rapidly rushing ball of fire suddenly appears in the sky. A fiery tail stretches behind it, sparks scatter, and then a dimly glowing fog trail remains. This ball of fire is called bolide (the Greek word). It flies over in a few seconds, and the trace left after its disappearance can be seen for many minutes, and sometimes more than an hour. Under the influence of a strong wind blowing in the upper layers of the stratosphere in different directions, the track continuously changes its shape. During its flight at night, the area is illuminated by bright light for hundreds of kilometers around. Especially large and bright fireballs are visible during the day, even in bright sunlight. 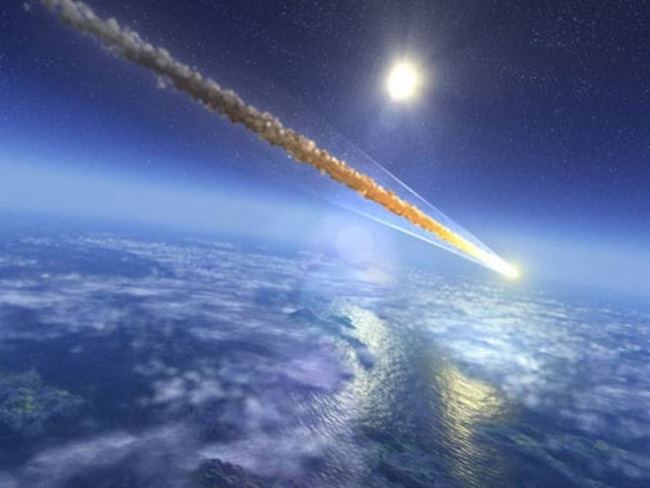 Usually, a few minutes after the disappearance of a bright bolide, blows are heard, similar to explosions, and then there comes a roar.
Bolides are the same meteors, but many times brighter. They appear as a result of the ingress of large stones or pieces of iron into the atmosphere.
Now it has been finally established that meteorites are fragments of small planets – asteroids. In addition to those large asteroids that are visible through telescopes, there are many small ones in space; their diameters do not exceed a kilometer. These are no longer planets, but rocks or just stones rushing in interplanetary space. Facing each other, they now continue to split up into an increasing number of even smaller fragments. These fragments fall on the surface of the Earth in the form of meteorites. 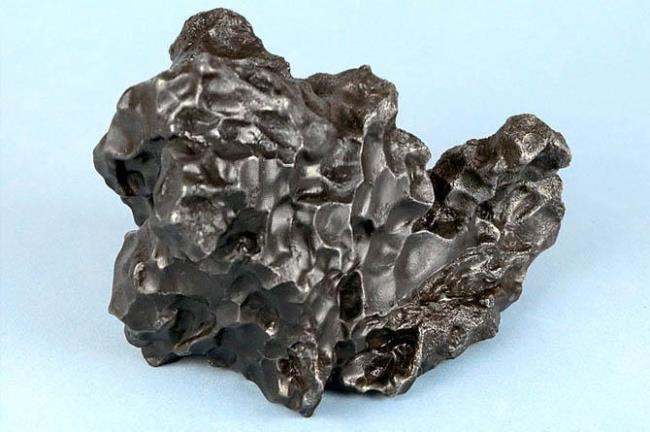 Stars that fell from heaven and turned into stones

Interesting facts about meteorites
• Arizona crater near the city of Winslow (Arizona) reaches 1200 meters in diameter and 180 meters in depth and is an example of a crater formed as a result of a meteorite falling to Earth.
• Residents of Chelyabinsk, a giant industrial center in the east of the Urals (Russia), will long remember the morning of February 15, 2013. According to experts, a 10-ton meteorite entered the dense layers of the Earth’s atmosphere at a speed of about 30 kilometers per second. As a result of the explosion, it fell into about seven parts, scattered in different directions, at least two of which also exploded. The largest fragment, measuring up to half a meter, fell into Lake Chebarkul (80 kilometers west of Chelyabinsk). After that, the Chelyabinsk bolide was called the Chebarkul meteorite.
• On November 13, 1833, the longest meteor shower in the history of planet Earth took place in the eastern United States. It lasted for 10 hours. In total, about 240 thousand meteorites of various sizes fell to the ground that night. A similar phenomenon can be observed annually in mid-November, of course, on a more modest scale. 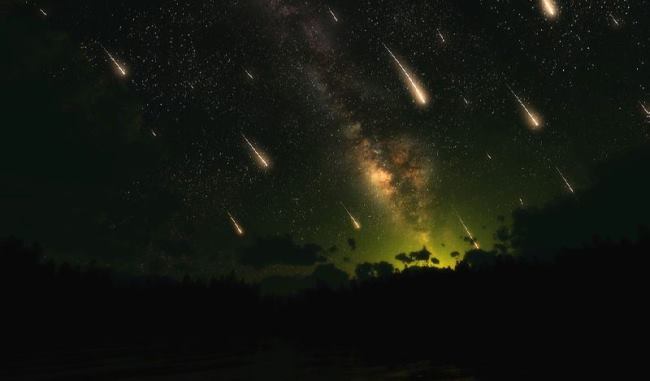 • The largest meteorite fell in prehistoric times. It was found in 1920 in Namibia at Hoba West Farm, located near the town of Grootfontein, by the farmer Jacobus. The Hoba meteorite was excavated and left at the place where it was found. The weight of this iron giant is 66 tons. Today the Hoba meteorite is the largest piece of iron of natural origin. True, from the time it was found, it “lost” 6 tons, and all because of erosion and vandalism. 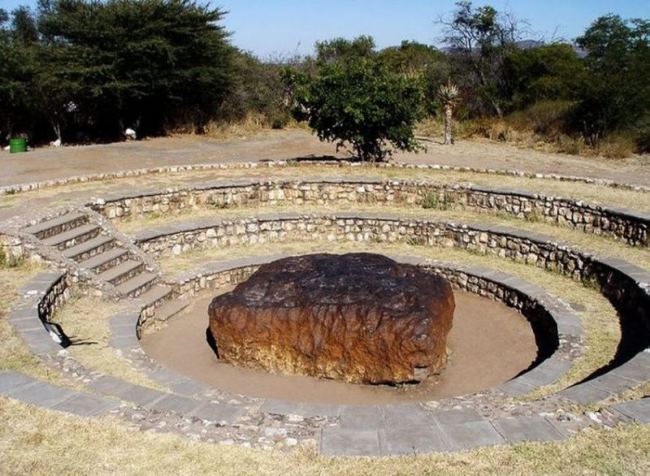 Hoba is the largest meteorite (Namibia)

• The Vredefort crater in Johannesburg (South Africa) with a diameter of about 300 km is considered the largest crater on Earth, formed from a meteorite. It occupies 6% of South Africa. Its age is estimated at 1.9 billion years. Currently, 3 cities and a lake are located in the center of the crater. 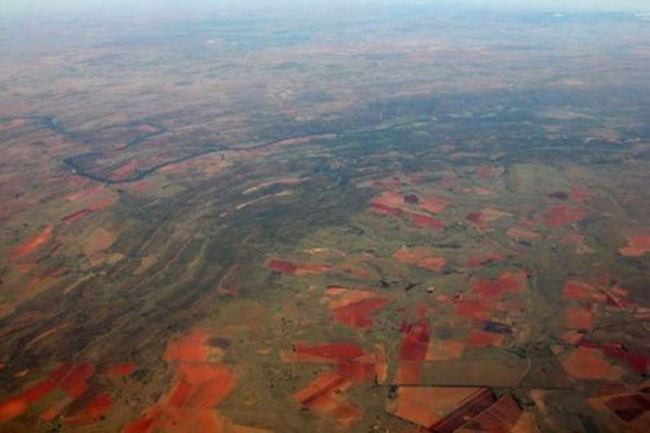 • The largest collection of meteorites is in the Mining Museum of St. Petersburg – 300 celestial bodies. The largest of the samples is a 450 kg meteorite. To be precise, this is part of the giant Sikhote-Alin meteorite, which on February 12, 1947 scattered into parts over the Ussuri taiga. 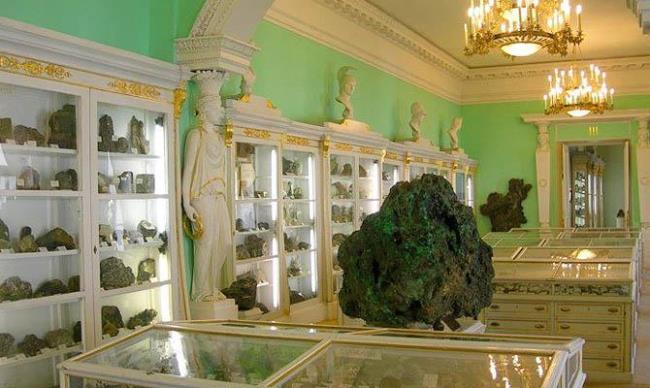 Collection of meteorites in St. Petersburg

• Today, meteorites can be bought at various auctions, as well as over the Internet. The cost of 1 gram varies from $ 1 to $ 1,000. At the same time, Martian meteorites are much more valuable among collectors. Interest in meteorites was warmed up in 1996, when NASA experts reported that the remains of microorganisms that once inhabited Mars were found in the 4.5 billion-year-old Hellen Hills 84001 meteorite found in Antarctica. The most expensive meteorite sold at auction today is the Dar al Ghani 1058 sold in the United States for $ 330,000. The space guest weighs 2 kg and has a flat shape. It was discovered in Libya in 1998. Dar al Ghani 1058 was not only the most expensive meteorite, but also the largest that was ever sold. 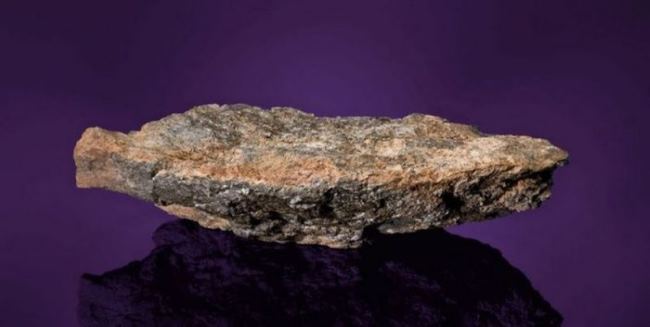 • Fukang Meteorite is the most beautiful meteorite that fell on Earth. It is a precious space gift weighing 1000 kg! The meteorite contains an iron-nickel base and large inclusions of olivine, which is sometimes called the cosmic gem. Miracle meteorite is 4.5 billion years old; it is the same age as our planet. It was found near the city of Fukang (northwest of China). 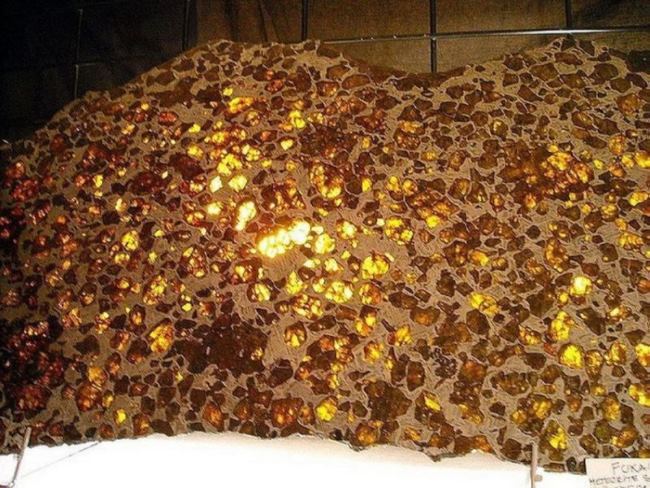 Fukang, the most beautiful meteorite that fell on Earth

• Tunguska meteorite flew through the Earth’s atmosphere over Siberia in 1908 and exploded just a few kilometers from the Siberian surface. The explosion had the strength of an atomic bomb and tumbled down trees within 800 square kilometers. It took years for scientists to begin exploring an abandoned and uninhabited area. 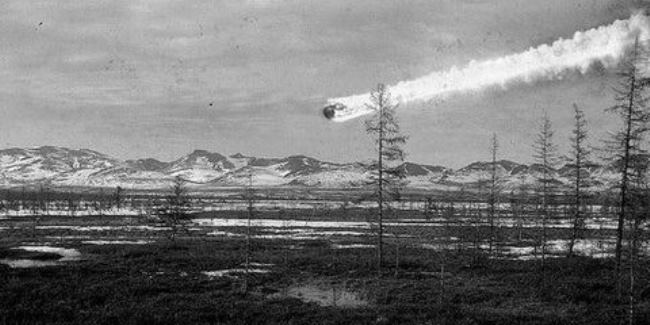 • One fall day in 1954, a 31-year-old Alabama housewife named Ann Hodges was dozing on the couch when a five-kilogram meteorite (Sylacauga Meteorite) fell from the sky. It broke through the roof and hit the woman in the thigh. Hodges got her minute of fame, and later gave the meteorite to the Alabama Museum of Natural History. 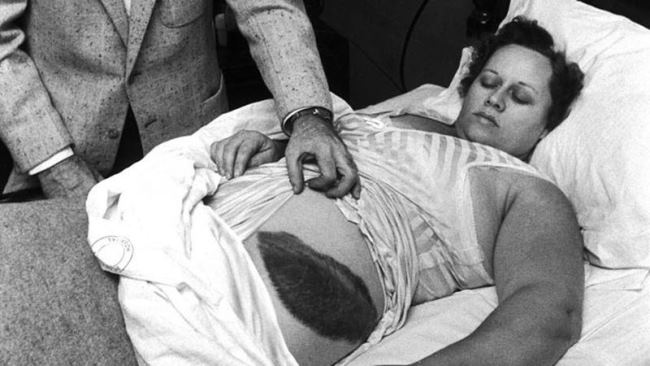 Ann Hodges and her bruise from a meteorite 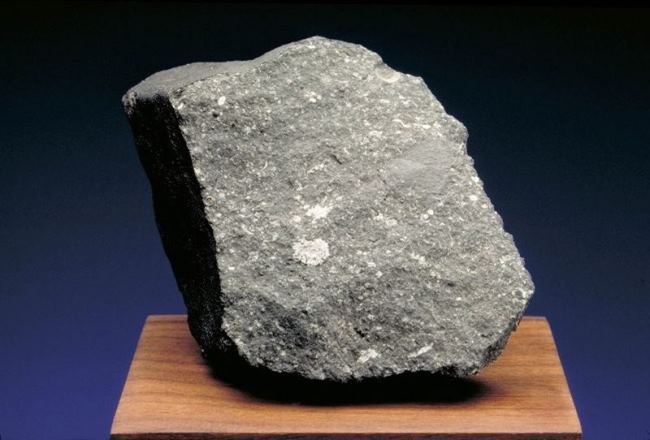 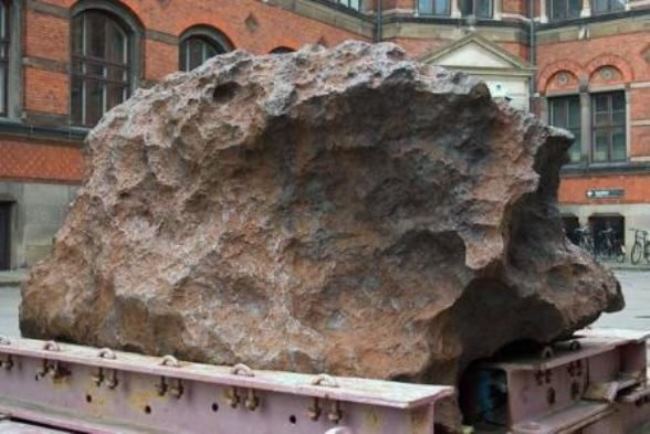 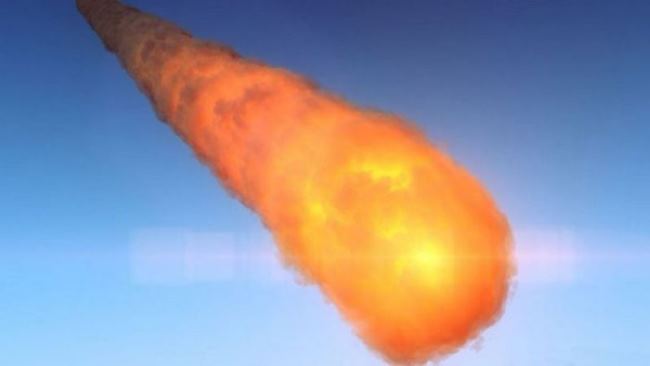 Fall of the Peruvian meteorite. September 15, 2007 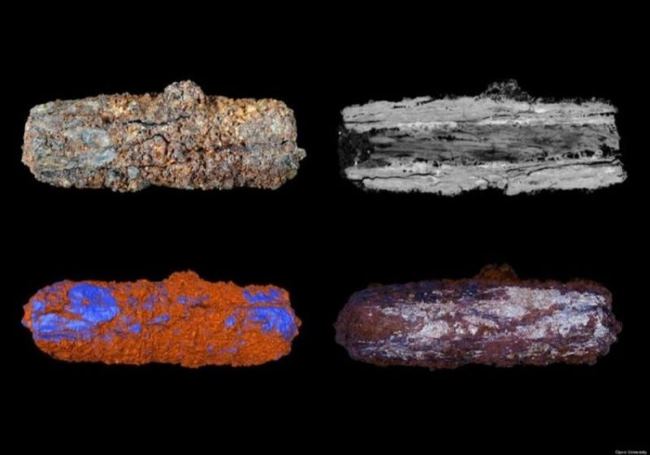 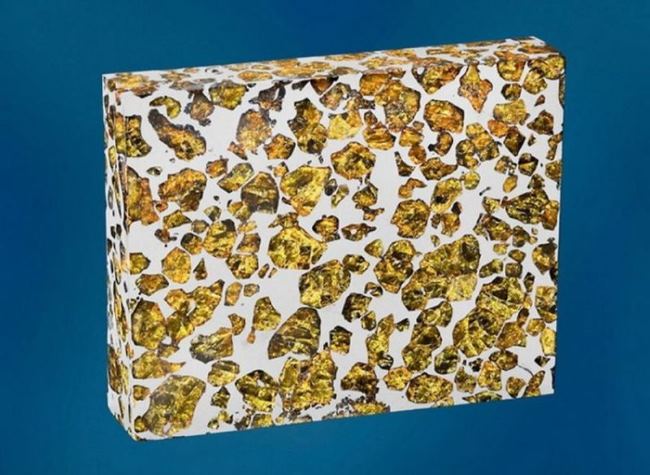 Fukang was divided into parts 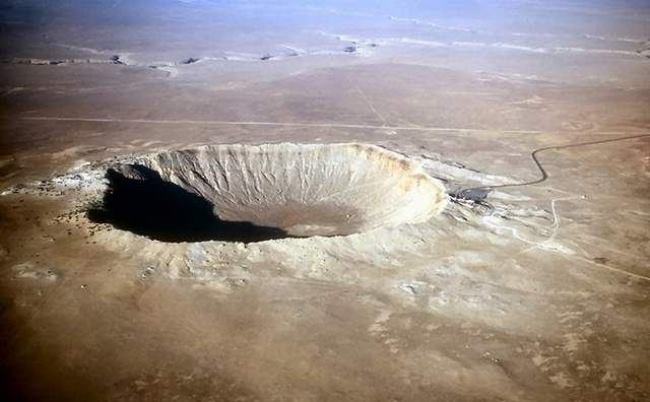 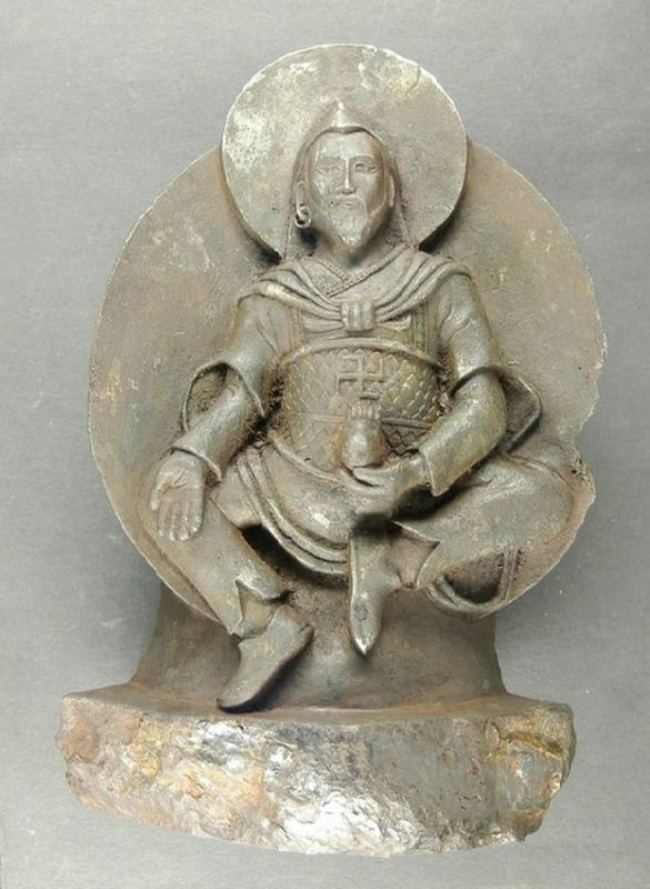 Iron Man made of Chinga meteorite 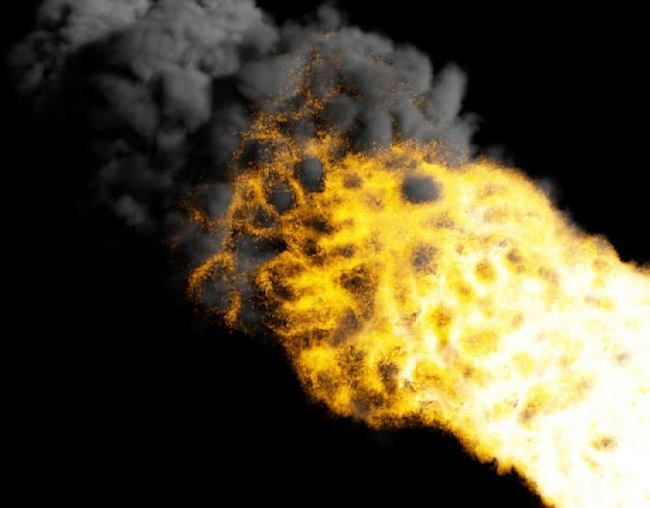 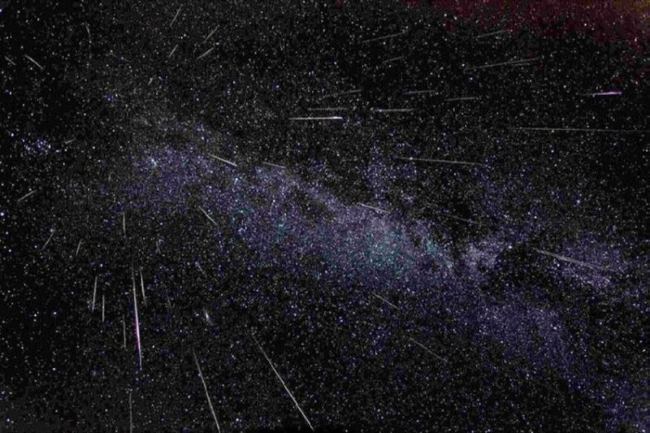 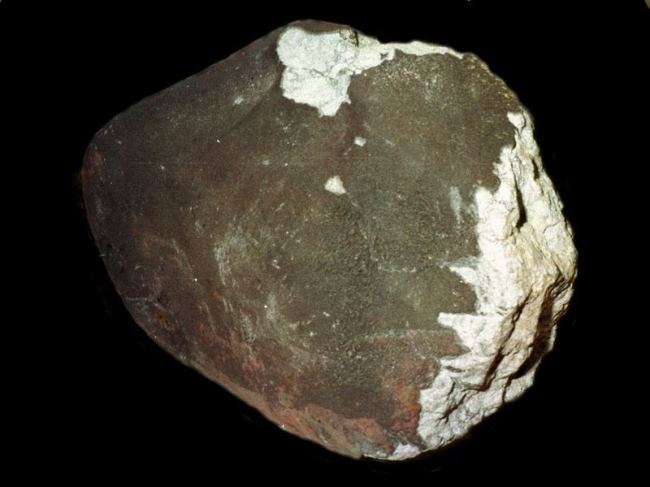 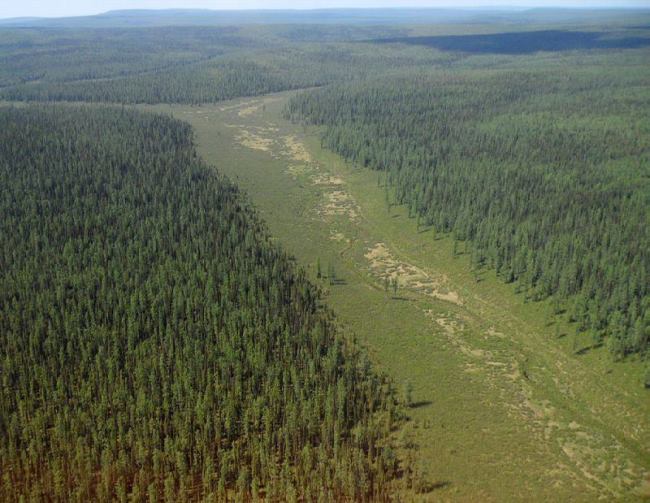